Dad Gets 15000 Calls After Sons Put his Number on Billboard. Here's Why

A man from New Jersey applied for a new phone number after he receives 15000+ calls and messages on his birthday from strangers. Read the full story here. 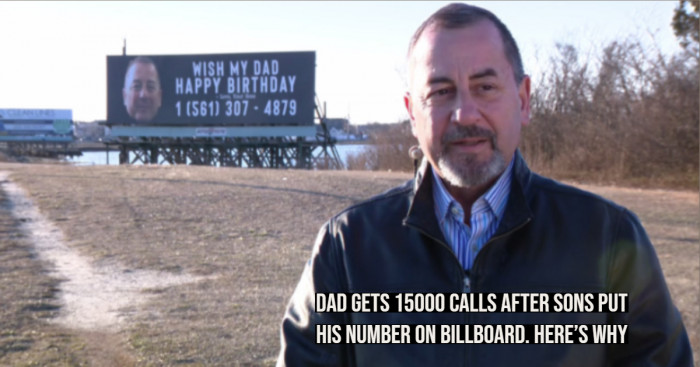 Receiving birthday wishes from friends and family makes us feel how lucky we are to have them in our life. Without them, our life would be dull and boring. But sometimes our loved ones get over excited and irritate us in many ways.

People from across the world wished a man in New Jersey a very happy birthday. He received 15000+ messages and phone calls on his special day. You might be wondering so what’s new in this; it was his birthday so his dear ones might have called him.

But here’ a TWIST. The man received 15000 messages and calls from the people he didn’t know. Yes, you read it right, people from all over wished him on his birthday, and this was the prank planned by his two sons.

Mike and Chris Ferry wanted to wish a happy 62nd birthday to their father (Chris), and they had planned something unique and exciting to show their love for him.

With a mug and mobile number, a message on the billboard hung near Atlantic city read - 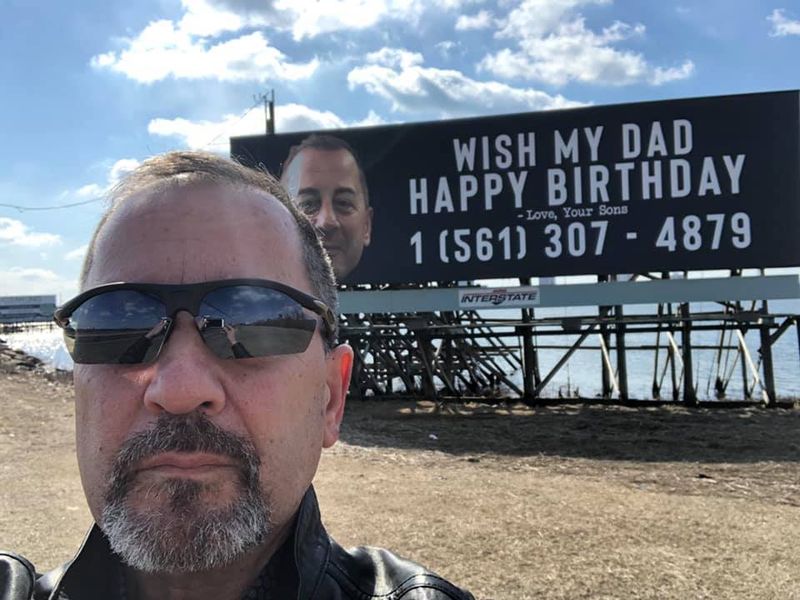 The sons said that the board will remain up till March 16 and could even stay for a whole month making his birthday memorable.

Here’s what Chris said about this prank and immense love shown by his kids.

“Every state in the Union, Luxemburg, Kenya, Philippines, Caritas Island - that little island in the middle of the Indian Ocean, they tried calling me."

He said that he felt like a celebrity that day. Even a waitress recognized him and said-

“Oh you are the billboard dad.”

A guy called Nick was the first one to wish him. He said -

Not only Chris became a celeb overnight, but there are also several ordinary people who became popular on the internet.

Despite receiving thousands of calls and messages from strangers, Mr. Ferry said that the prank was more heartwarming than annoying.

In an interview to a journal, Ferry said -

“I'm getting things like, 'My father's birthday was March 16. He passed away. I'm contacting you in memory of him.'”

"It was a neat idea. I wish I would’ve thought of it.” 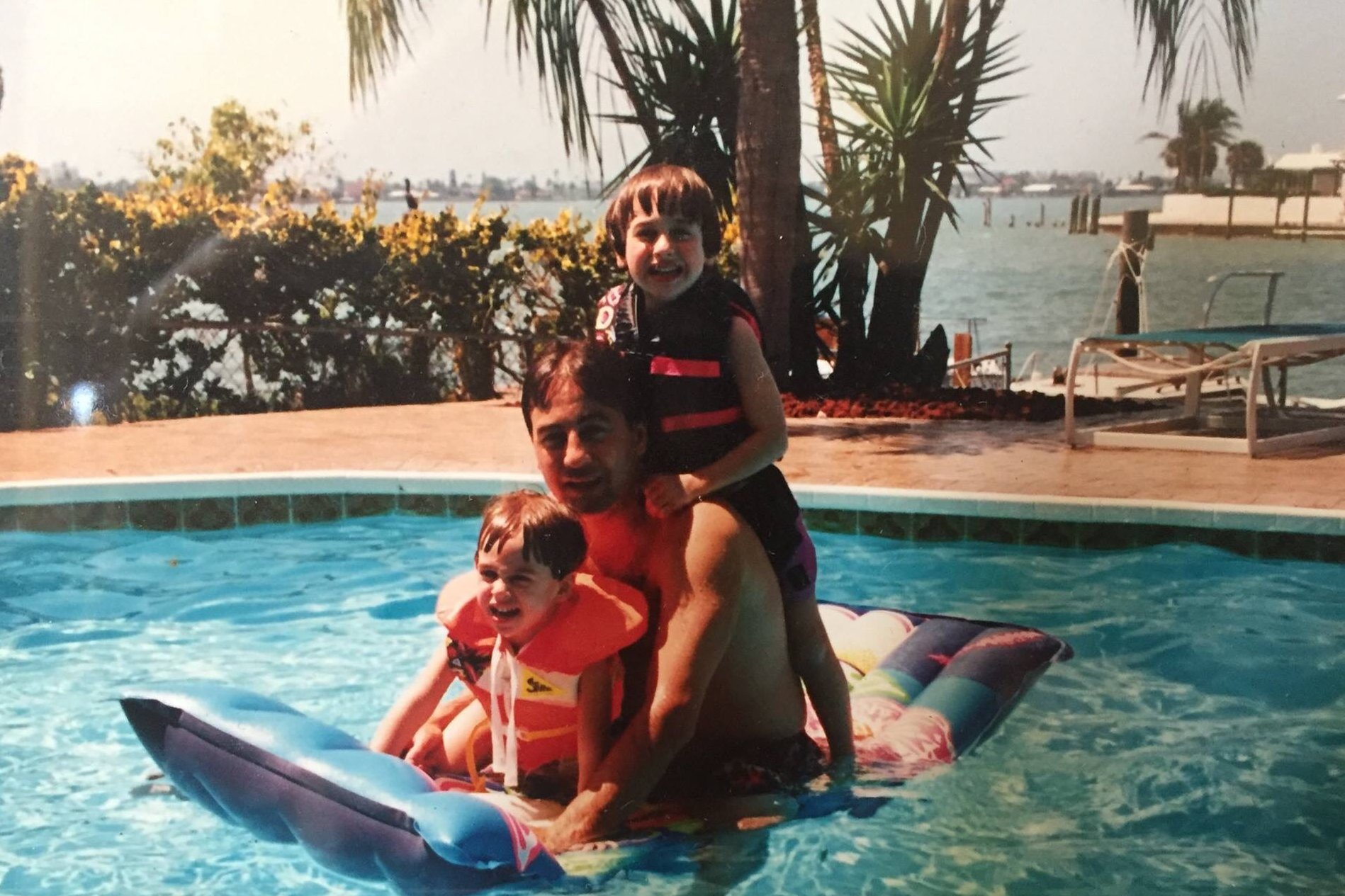 As soon as they put his number on the billboard, he started receiving calls, and their prank went viral.

His sons Mike and Chris said -

“Our idea behind it was to get people that know him to call him, we didn’t really think it would be thousands and thousands of people.
But we are taken back by it, and we’re very excited to see my dad smile because he really deserves it.”

"He’s actually handled it really well, but last night he was a bit overwhelmed. He deleted about 3,000 texts, which took him about an hour and a half to do, and then got about 2,500 within 15 minutes when more news stories aired across the country."

After receiving love from all over the world, birthday boy Chris changed his voicemail message to -

“Thank you for calling to wish me a happy birthday, I really, very much appreciate it.”

He even changed his phone number now.

From Where Did the Sons Get This Prank Idea?

What do you think from where did they get the idea of wishing him like this on his birthday?

The pranksters revealed that they got the idea from the time when they were kids and went out to eat. They used to tell waiters that it was his birthday and then waited to watch his strange reactions.

Happy Birthday from Us Too, Chris

Wow! The story is amazing and interesting, but receiving thousands of messages and calls and replying to all is a tiring job too. And then, of course, you should worry that your number has been shared with the world.

Now, I don’t think there is anything left now to say apart from wishing him a very happy birthday.

So here’s wishing you many happy returns of the day, Chris. Be prepared for another prank on your next birthday because your sons think out of the box and they could come up with new ideas on your special day.

What would you do if you receive these many calls and messages on your birthday? I would probably get irritated and would not even receive a call of a person I know.

Tell us have you ever pranked someone with random texts and calls? What’s your way of showing love to your parents on their special day? I think sending a gift worth $2000 would not show much love in comparison to this billboard prank.

TrashTag Challenge is Going Viral for Good Reasons- Did You Participate?