There are hundreds of martial art styles out there, but here we have compiled the list of top martial arts to make you learn basic self-defense at the time of the attack. 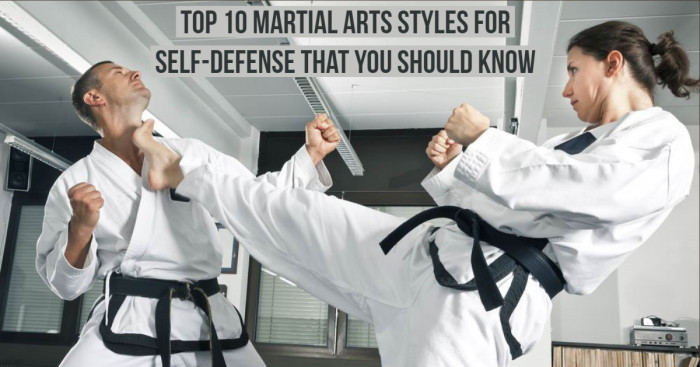 Have you ever dreamt of learning martial arts style just to protect yourself at the time of the attack? Or have you ever tried using the martial arts skills to attack the opponent as a self-defense power? Well, one of the abilities that man should have is the power of protecting himself from an attacker. Though we all wish that violence should end, there are some muggers who will never stop attacking some or the other person.

When the enemy attacks you, it is essential to know at least some basic tricks of the deadliest martial arts to protect yourself. While there are a number of ways to fight against them, scroll below and know the basics of the martial arts styles below. 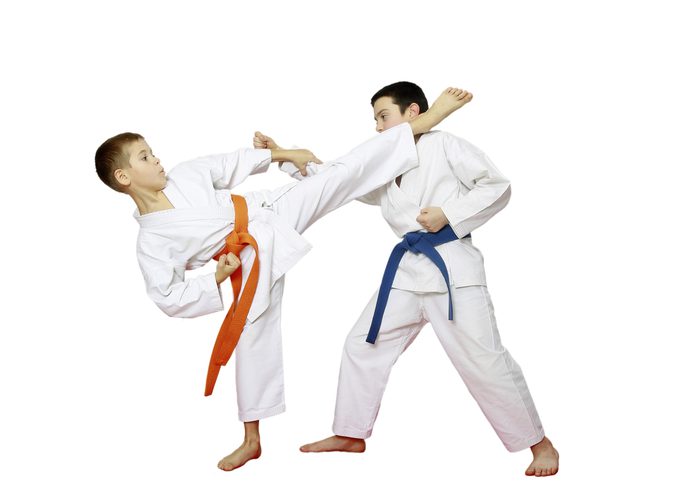 It is no surprise that Karate is considered one of the best self-defense martial arts around. Karate is a little bit tricky than other types of martial arts as it includes block, grappling, strong punches etc. Rather than practicing only defense and balancing styles, Karate requires a martial art trainer to learn both styles and to use them effectively whenever required. The trick of Karate is to evade and then strike when the enemy is attacking you. As the enemy throws a punch, take a step to the side and then deliver a sharp punch to the enemy’s joint.

Overall, with powerful punches and strong kicks, Karate is the best martial art for street fighting. 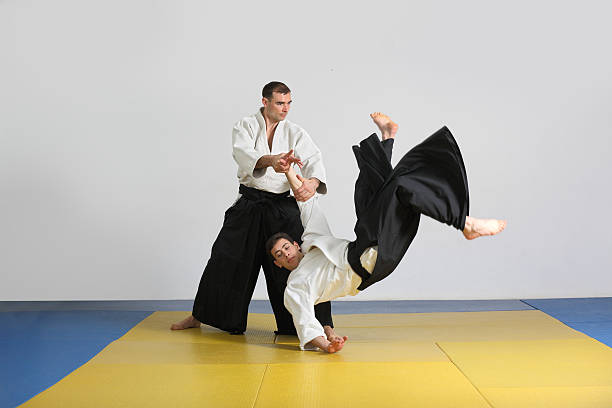 Aikido is a Japanese martial art initiated by Morihei Ueshiba as a part of his martial studies and religious beliefs. The word ‘Aikido’ is translated as ‘the way of harmonious spirit’. But Aikido is not often referred to as the traditional martial art, because in this form, the fighters are concerned about the safety of their attacker as much as they take care of their own. Unlike Karate or other martial arts which aim at defeating the opponent, an Aikido fighter believes in a peaceful solution. 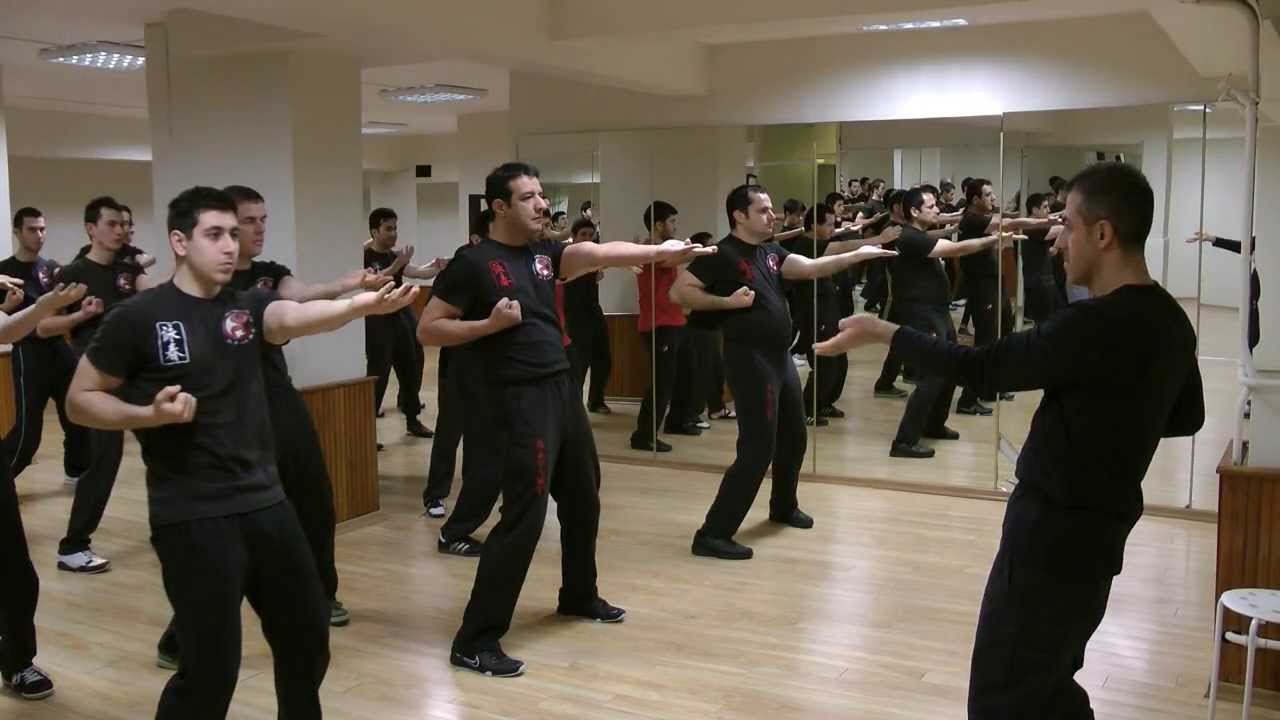 Wing Chun is a kind of Kung-fu martial arts that has gained popularity after the success of Ip Man movies that features Donnie Yen. The history of this martial art is the story of the Buddhist Nun, Ng Mui. According to the story, it is said that Ng Mui created Wing Chun as a part of martial arts training so that it can be practiced irrespective of the opponent’s size and gender. She created Wing Chun moves on the basis of movements of animals, and the combinations of these movements allow the fighters to attack enemy more effectively. Besides this, Wing Chun is also considered as the best kung fu style for self-defense. 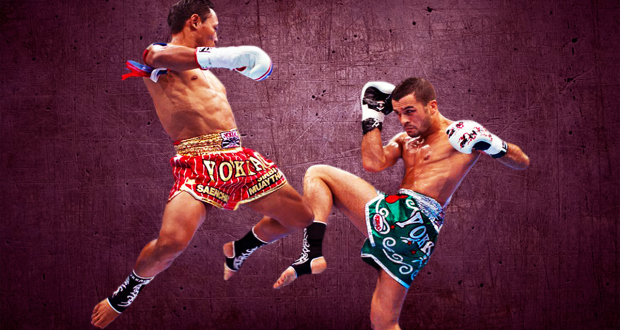 Muay Thai considers elbows and knees as separate limbs and targets to punch on the limbs of the opponent as hard as possible. When other top martial arts have techniques called ‘Shifting Sands’, Muay Thai has a technique ‘Throwing Buffalo Punch’ which can even take a buffalo down in just one hit. This form of martial arts kick is still practiced in Thailand, and acts both as sports and a great way of killing people. 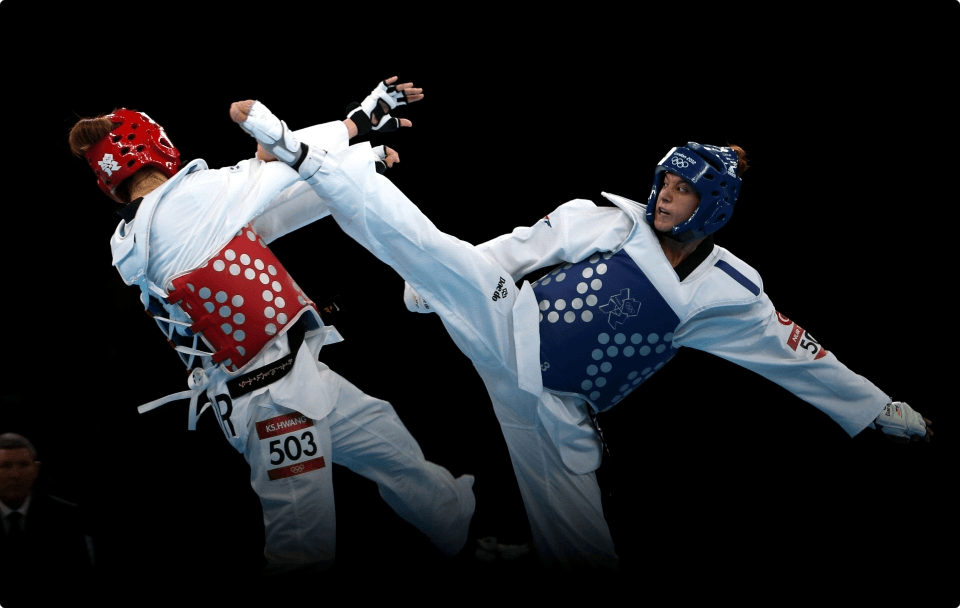 This Korean martial art is identified by its fast and high kicks that can knock down a person with a sharp strike. While it is often recognized by its kicks,Taekwondo translates into the ‘way of using fist and hands’. Not only the powerful kicks, but a number of fist strikes are also involved in this self-defense martial arts form that can knock an opponent down before you launch a kick. 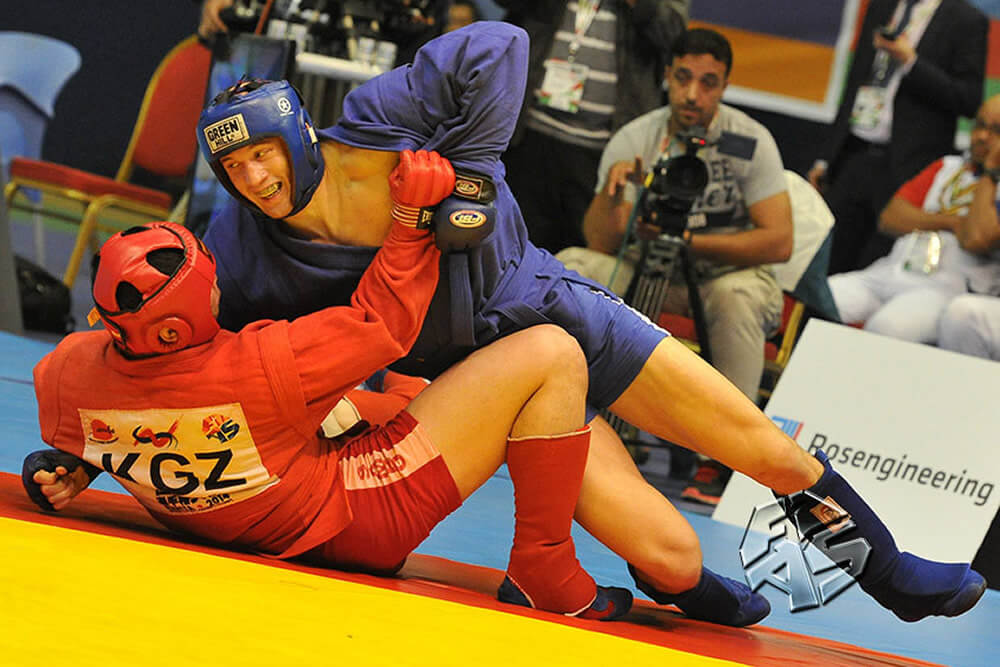 Sambo,which translates as ‘Self Defense Without Weapons’, is the most common martial arts style practiced in Russia. It can be considered as a self-defense and an all-in-one sport. There are multiple sports variations of Sambo. While Sports Sambo is similar to Judo but with some differences in rules and uniform, the Combat Sambo is mainly developed for the military purpose and resembles with modern mixed martial arts. It involves groin strikes, elbows, and punches. (18.1) 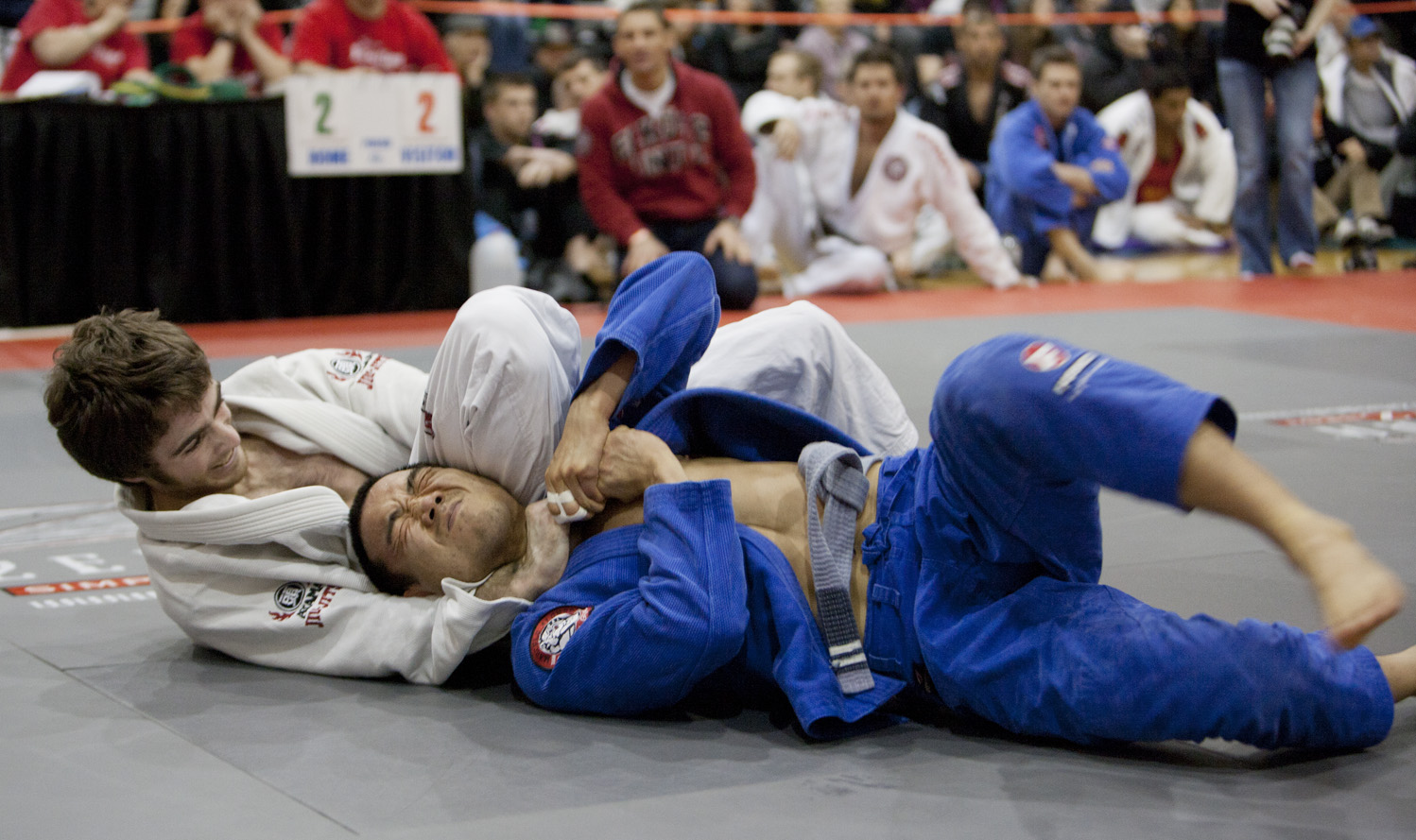 Jiu-Jitsu is founded by the Gracie brothers ‘Carlos’ and ‘Helio'. This Brazilian martial art is considered as the best and the most effective style of martial arts which teaches trainers about the proper weight distribution to defeat the stronger opponent. It includes techniques like passes, ground control, cranks and joint locks. This form of martial art shows how a weaker person can easily and successfully defend a stronger opponent by using proper techniques.

Krav Maga is considered the best self-defense martial arts in the world. The moves and the style for this martial art form were created by a popular wrestler and a gymnast – Imi Lichtenfeld. The original concept of Krav Maga was to adopt the simple techniques of other styles and to make them aware of military conscripts. Unlike other styles, the attacks of Krav Maga are intertwined. The style attacks on the opponent’s face, neck, eyes, and fingers. 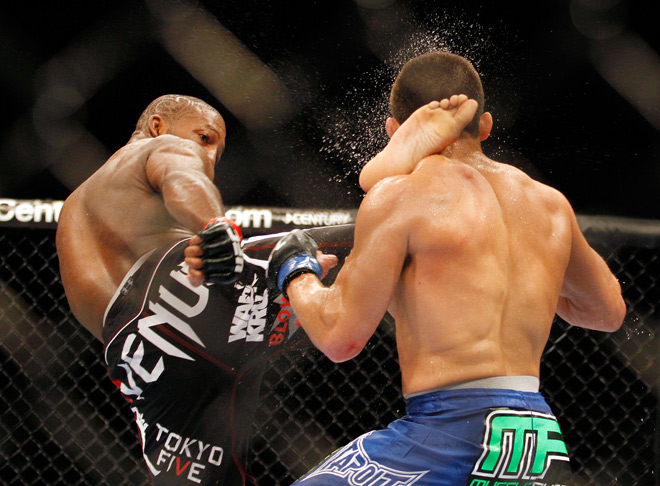 MMA programs include wrestling, striking, Brazilian Jiu-jitsu and other common techniques as a part of the course. Though it is not meant for self-defense, it teaches to handle many difficult situations. During the 20th century, various MMA contests took place throughout Taiwan and in the countries of the Four Asian Tigers. (18.2) 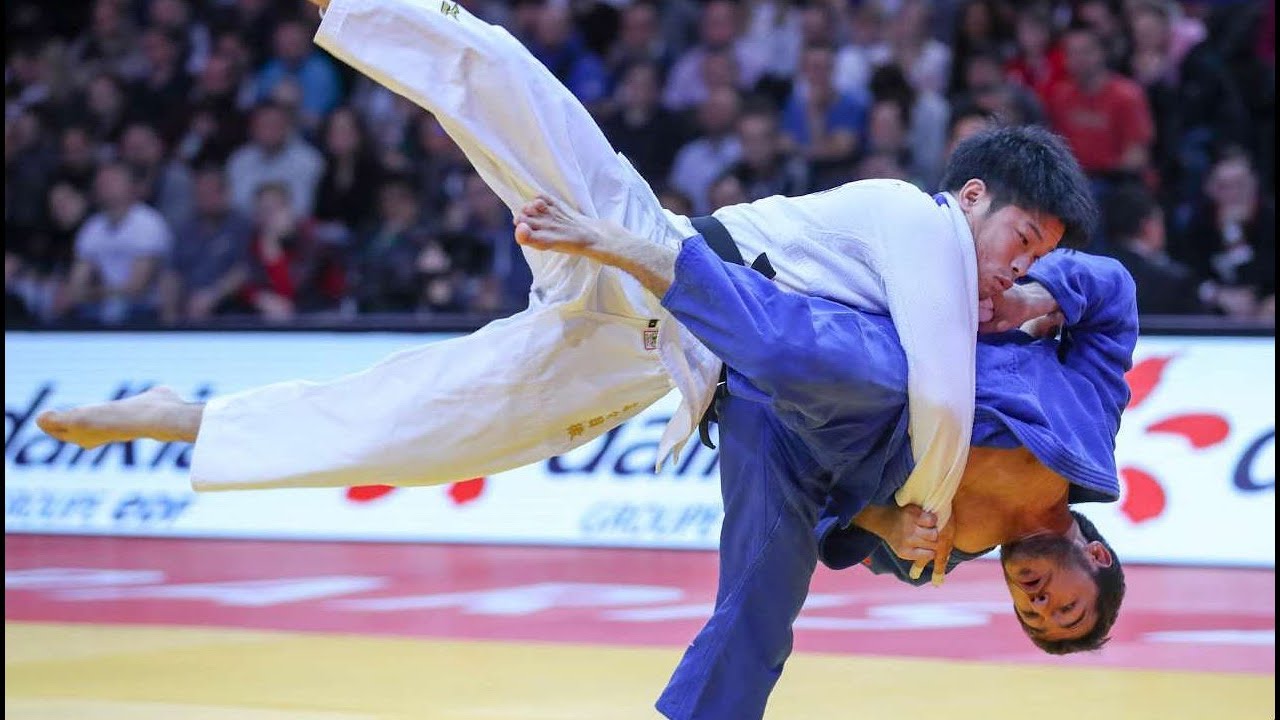 Judo is recognized as the martial art which later evolved into an Olympic sport. The objective of this form of martial arts is to take down an opponent to the ground or to force the opponent to submit with a joint lock. This combat sport requires both discipline and physical power to defeat the opponent. It does not involve punching, or kicking of any kind, but only involves two individuals who can subdue each other through their power and movements.