You must have captured beautiful pictures of flowers, animals, adorable couples, and babies. This time, let’s check out shocking pictures from around the world that could make you speechless.

Be it a picture of a smiling baby or a kangaroo sleeping in mom’s pocket: every picture shares a unique story that can’t be expressed in words. While some pictures can give you memories that you can cherish forever, others are shocking and might leave you upset and question humanity. Some pictures speak about the human condition and the need for kindness and beautiful gestures.

Right from Tsunami pictures to the Titanic Orphans, we have compiled a collection of shocking pictures that would remind you of the worst and best of human existence. 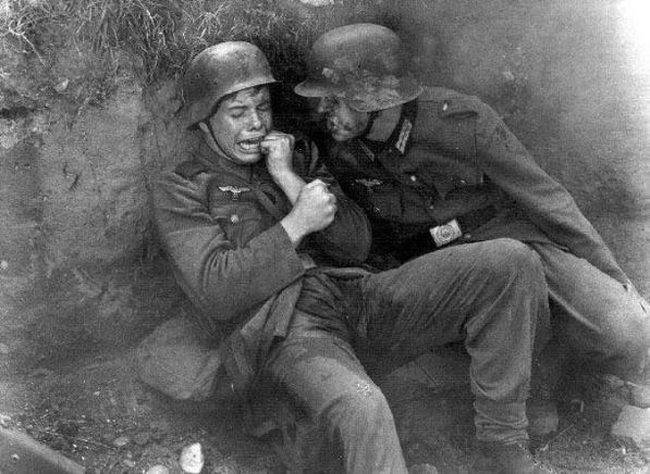 This could be one of the most heart-wrenching pictures you would see on the internet. This picture was taken during WWII when the soldier doesn’t want to fight. It is heartbreaking to see a man like this and imaging the things he had survived.

Try not to be confused and get straight inside the store.

3. A Couple Saying a Goodbye 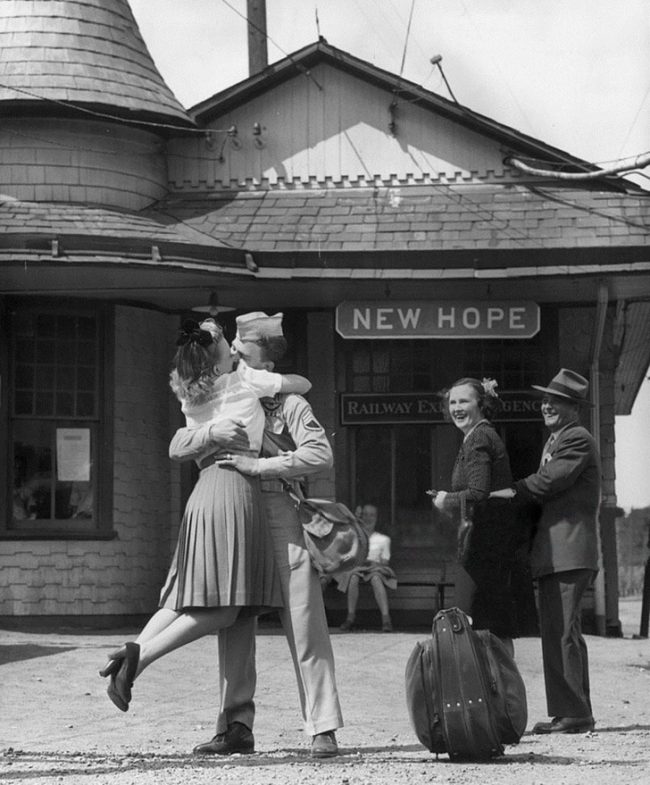 This picture is from 1945 of a young girl saying goodbye to a soldier. Soldiers on duty have to sacrifice a lot, especially their loved ones. This picture is full of emotion and describes eternal love when you have to say goodbye to the person you love unconditionally. We hope that they met again and never left each other alone. 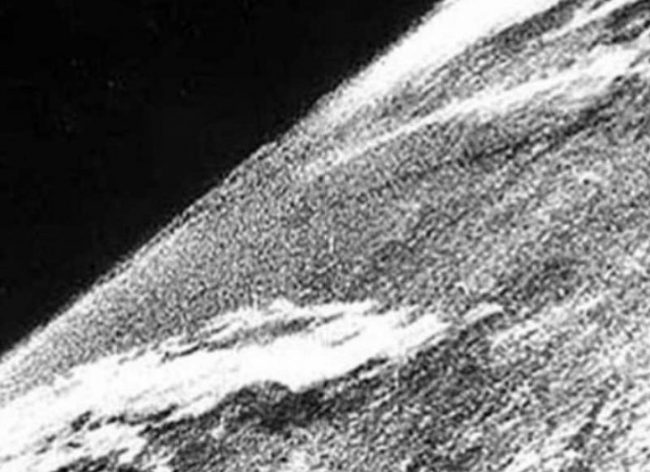 The Universe is a vast topic and has several interesting facts. Anything shared about it interests people and excites them to know more about it. This picture was taken in 1946, and it features an amazing image of that time. Even today, the thought of clicking a picture of the space sounds insane. 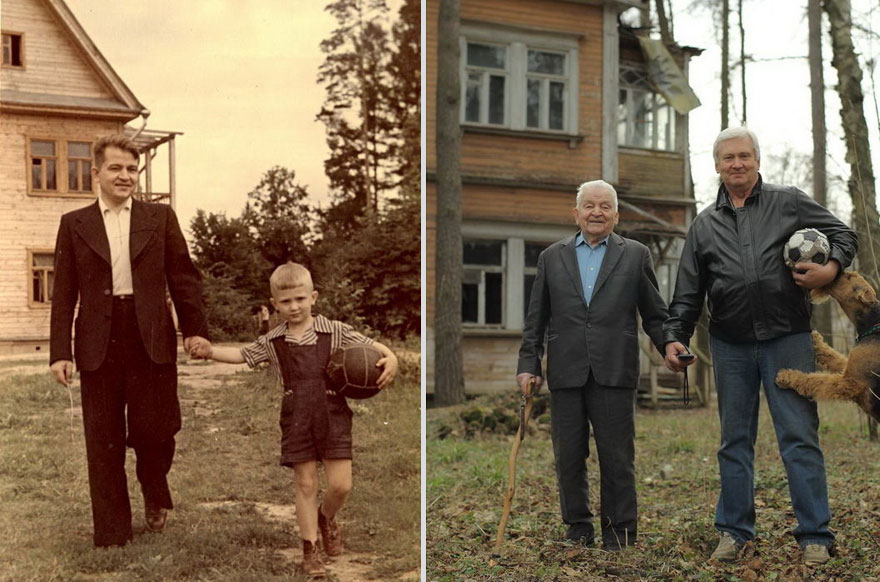 This picture of father and son is adorable. History repeats itself, and this picture is the proof. The first image shows a father holding his son’s hand and posing for the camera.

The second image shows the same pose, with a father holding a stick in one hand and a son’s hand in another. This is not a shocking picture but a beautiful one describing emotions.

6. A Baby Looking for His Parents 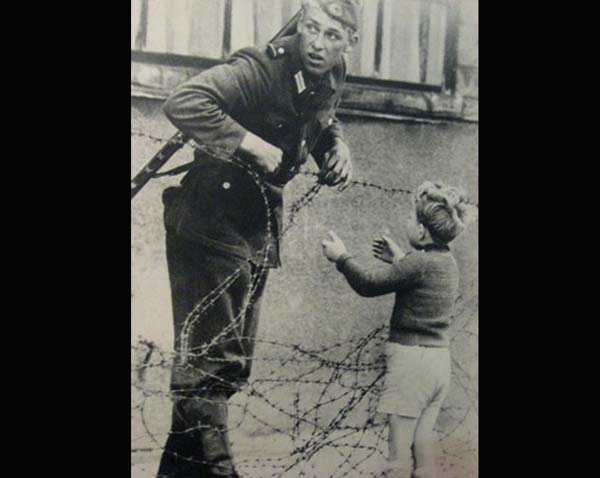 This picture was taken when a baby got separated from his parents, and the guard (soldier) lifted him across the barbed wire. The guard was looking for someone who might take him.

7. Cat Chilling in the Refrigerator 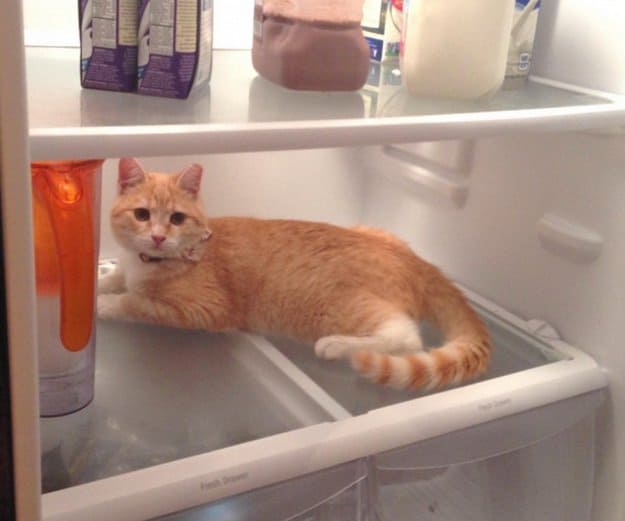 8. A Cruise Captured on the Top of the Mountain 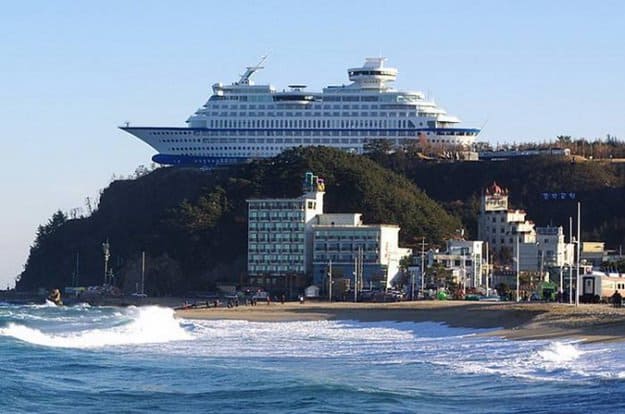 You must have enjoyed a Cruise ride in the water. Capturing surreal pictures, breathtaking views, and mesmerizing beauty give you another level of feel. But this picture of a Cruise ship on the top of the mountain could give you a shock. I am wondering what you would do there and where the cruise would go!

9. Stylish Photos and Short Dresses in the 1960s 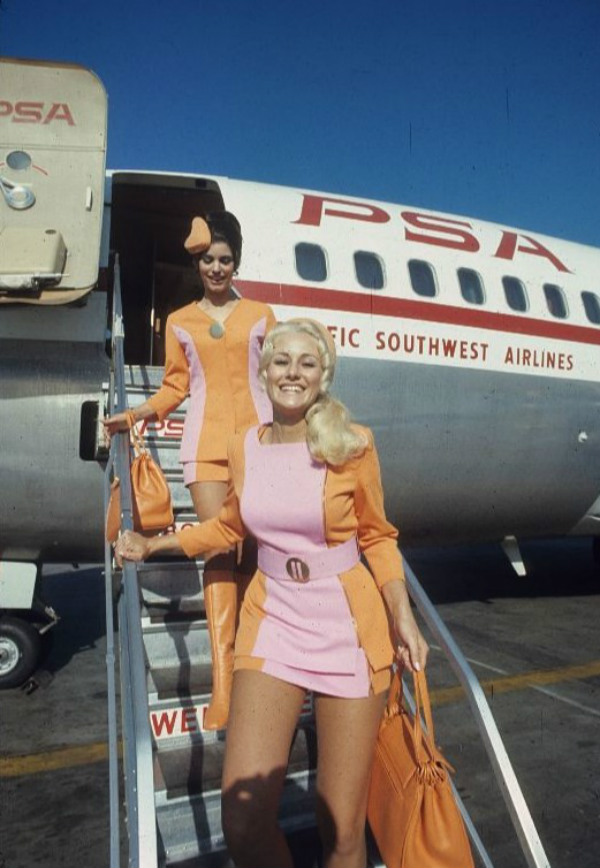 Wearing shorts and stylish dresses has become a part of today’s tradition. But, earlier, when someone wears these kinds of dresses, people stare at them and make jokes. In the 1960s, being a flying attendant was everyone’s dream. These beautiful ladies wore stylish dresses and captured the world in the ways their friends could only dream of.

10. A 12-Year-Old Brazilian Playing Violin at the Funeral of His Teacher 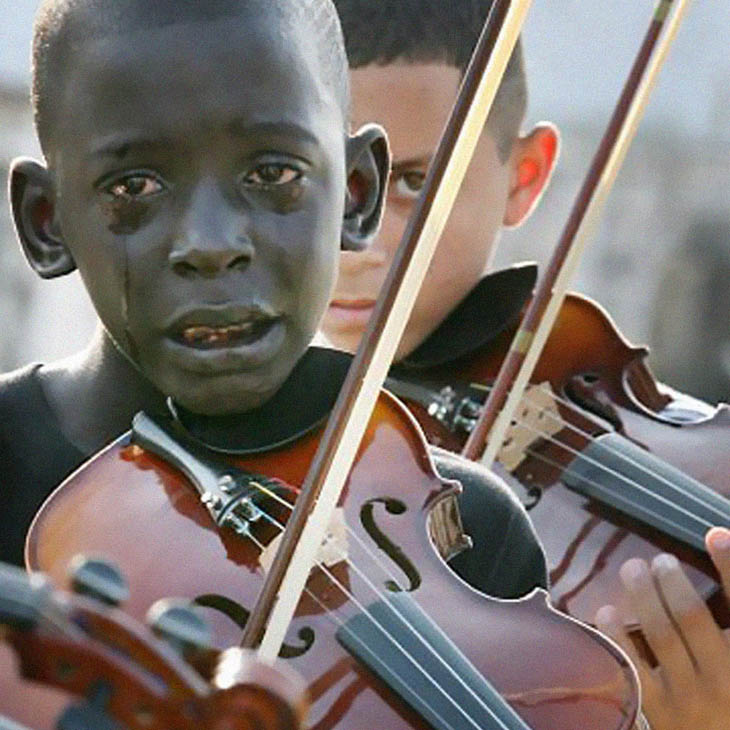 This picture was captured when Diego Frazão Torquato, a Brazilian boy, played the violin at the funeral of his teacher, who helped him learn music and escape poverty. 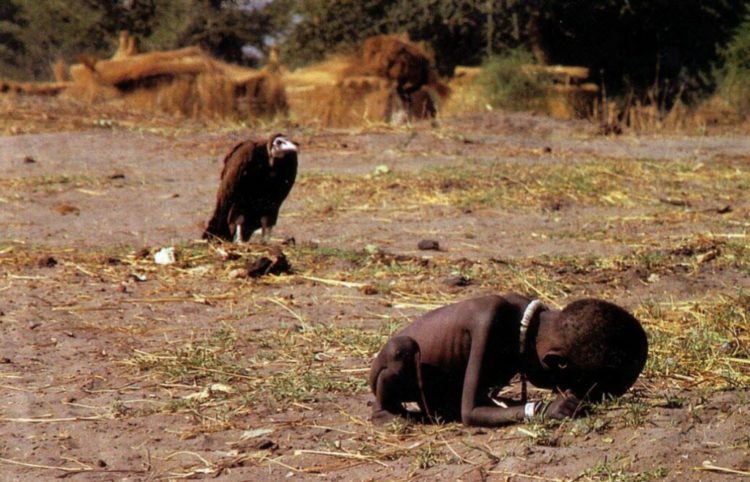 This picture is the Pulitzer Prize-Winning image. In 1993, South African photojournalist Kevin Carter traveled to Sudan to capture the famine. This picture of a collapsed baby and a vulture stalking over her did not cause public outrage but also stirred a lot of criticism directed towards the photographer for capturing the child and not helping her.

Later, it was found that the mother was sitting next to the scene, and the child was not in danger of getting attacked by the vulture.

Also, the photo was shot with a longer telephone lens which makes a scene more compressed and focusing on the bird looking closer. 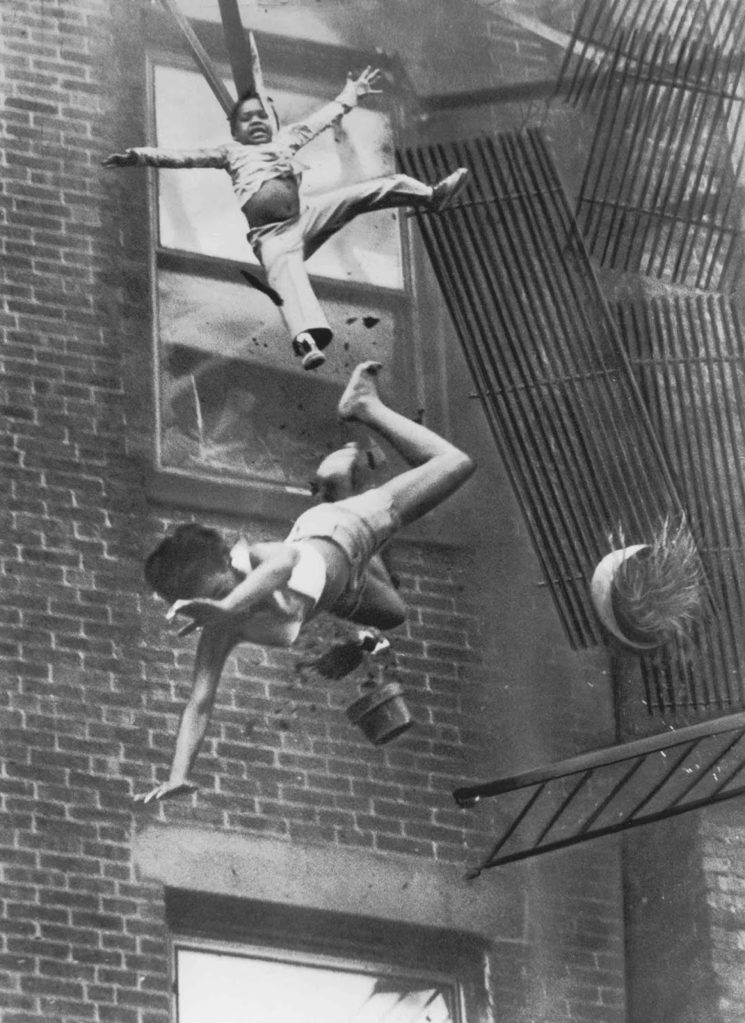 It was a shocking picture of a woman falling from the fire escape. Forman was a well-known photographer who worked for the Boston Herald when he captured the scene of the fire. He was documenting the rescue of a young woman and a child, and suddenly this scene took a turn when the fire escape collapsed.

The woman and child started falling, and he continued to shoot. He lowered his camera and captured everything. He won a Pulitzer prize and left several legacy questions based on pictures - he should stop shooting and if it is okay publishing disturbing images. 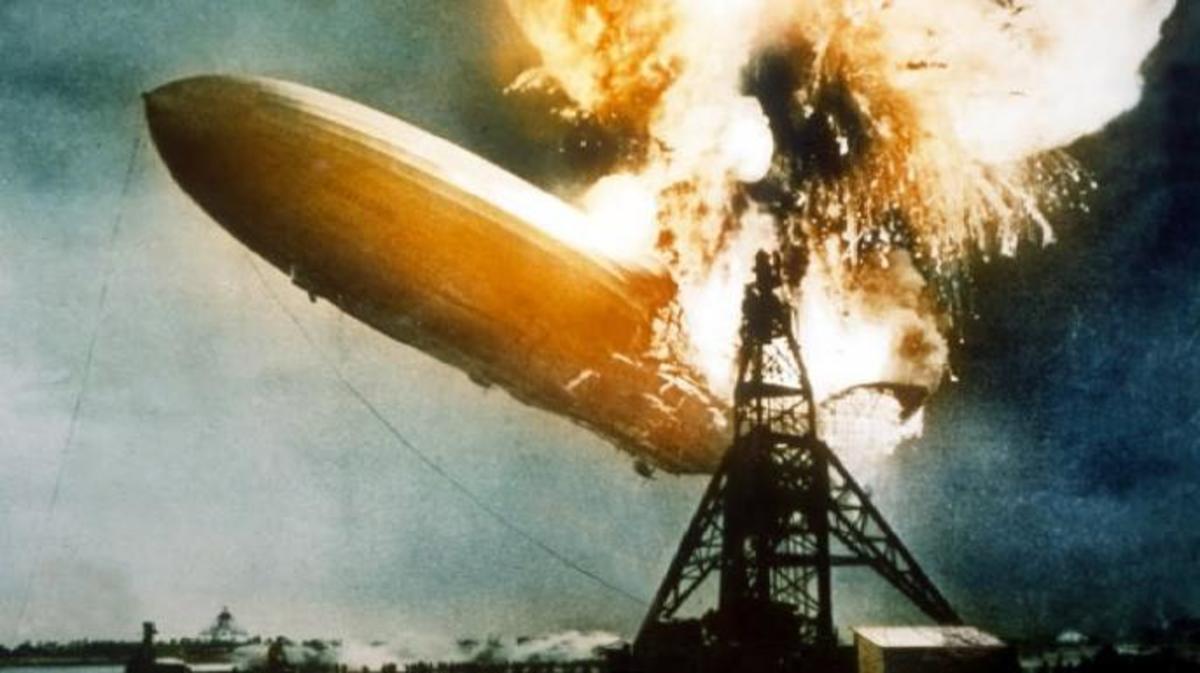 It was an airship accident that happened on 6th May 1937. The passenger airship LZ 129 Hindenburg caught fire and was destroyed at Naval Air Station Lakehurst. Over 97 people were on board on this final voyage (only half of its actual capacity).

The ship was filled with hydrogen, and in an attempt to dock at Naval Air Station Lakehurst, the ship caught fire and killed over 35 people. Unfortunately, this scene was caught on the camera.

14. The Girl with the Chin Tattoo 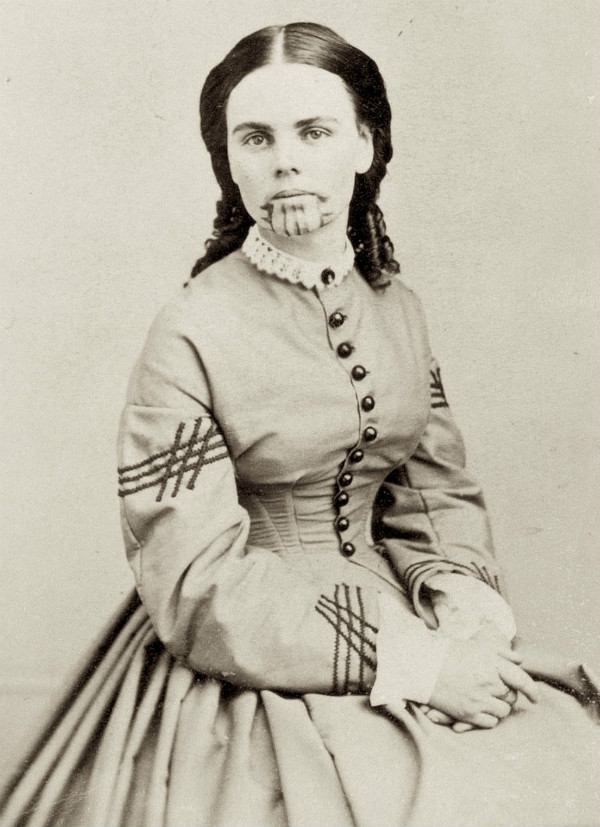 Earlier, inking a tattoo was a shock to everyone. The woman, Olive Ann Oatman, is considered to be the first American woman to have a tattoo. Born in 1837- the woman was kidnapped by a Native American tribe, along with her sister, when she was 14 years old.

Oatman and her sister were adopted by the Chief, and her family, along with sisters, and were given chin tattoos. Her sister died before release, and her story resonated with the media for a long time. Ann Oatman died of a heart attack in 1903. 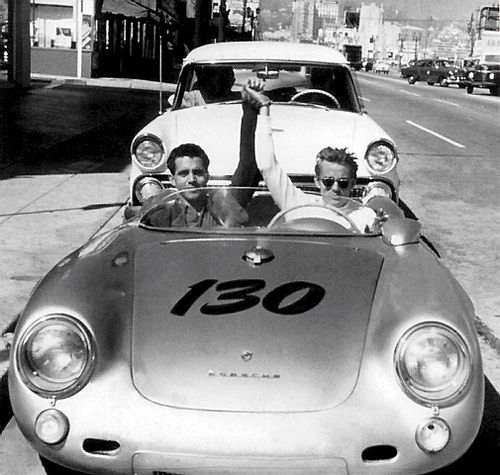 This picture of James Dean was captured at a gas station in 1955, a few hours before his car accident. This was the last picture of the actor captured by the photographer. He smiled in this photo and did what he loved the most about the racing cars. He will be remembered forever for his talent. Sadly, he died, leaving a lust for life.

Sometimes, it is difficult to understand what life was like 100 or 200 years ago. Thankfully, the pictures could share glimpses and emotions from the past and could tell you the reality behind the scene.