13 of The Most Frightening & Common Phobia of Insects & Reptiles

Negative encounter, extreme fear, and painful experience are some of the terms immediately strikes in our mind when it comes to Insect Phobia. In this article, we have included some of the common insects and reptiles phobia. 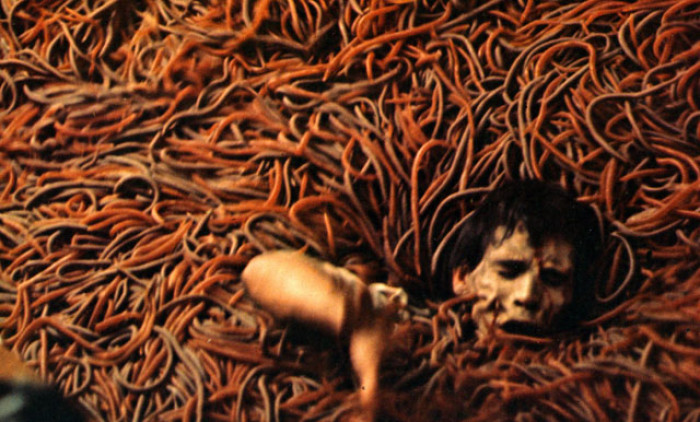 Afraid of watching or touching the insects? Scared of those creepy small and big insects? Well, we must say that there are many people who are afraid too. Insects may be a small creature but, having an insect and reptile phobia can cause trouble in your life.

Maybe people think that they look so horrible, they crawl and often bite, so it is understandable why many people do not like spiders and insects. But, the fact is that these insects and reptiles are the important links in the food chain and we cannot live without them.

Studies have found that people with insect phobias can react with deep fear and discomfort even in the public places, which is quite embarrassing as well as anxiety provoking at times. According to the American Psychiatric Association, phobias are the most common psychiatric illness among women, children and men.

The therapist also revealed that when you feel like avoiding such objects or situations, you may have enriched a Phobia. Although there are different types of insects and reptiles phobias, some of them are :

Myrmecophobia is considered as an extreme fear of ants. It is like the most general category of Entomophobias (the fear of insects). But the fear of ants is more specific as the phobic only fear those respective classes of insects.

Many people are suffering from this phobia, probably they have some bad experience with it and also ant bites are often known to cause severe allergic reactions in some individuals. There are some kinds of ants called Fire Ants can actually kill larger animals and can also be harmful and hazardous to humans. 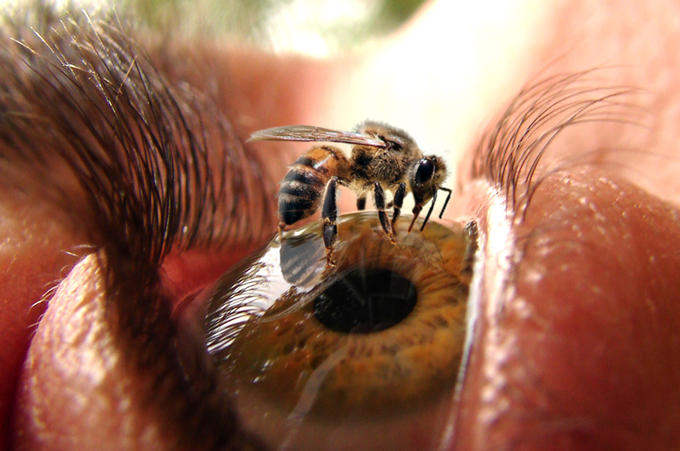 Apiphobia is an intense fear of bees. The fear of ants and bees is somehow similar. While there is no exact reason for this intense phobia, people may enrich this phobia due to negative encounter or if someone is bitten by bees then, the painful experience can lead to this phobia. The extreme painful experience can also cause them to overreact to the presence of a bug. 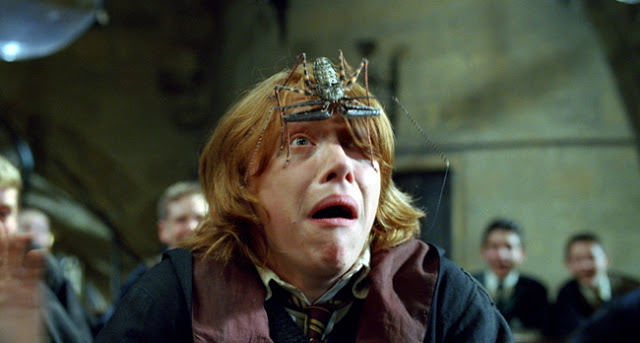 Arachnophobia is another most common phobia i.e. fear of Spider affecting a sizeable part of the population. People suffering from arachnophobia feel anxious and uncomfortable at any place if they see the spider around them. Even the thought of spider is enough to cause fear due to which they can start screaming, breathlessness, excessive sweating and crying. Studies have revealed that Arachnophobia usually affects women, more than men. 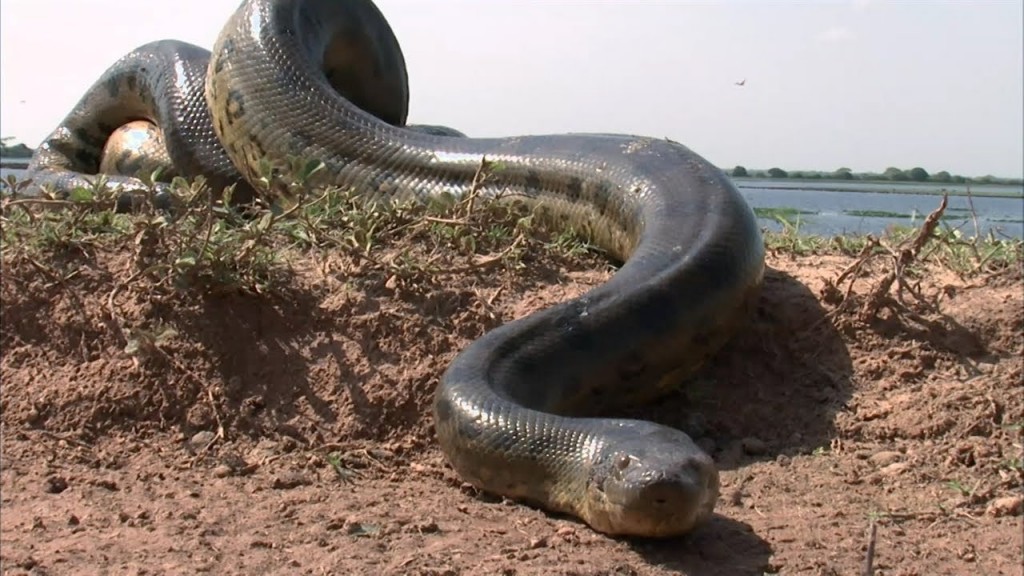 Ophidiophobia is known as the extreme fear of snakes. Although Ophidiophobia is really a unique phobia because there is no clear indication about the person will react. People suffering from Ophidiophobia often react differently, because each person has his/her own perception about snakes. Obsessive thinking about snakes, perceiving images, movements allied with snakes and thinking about the dangers caused by snakes is actually the main cause of this snake phobia. It can actually cause loss of control, emotional anxiety, continuous fear and even panic attack in an extreme condition. 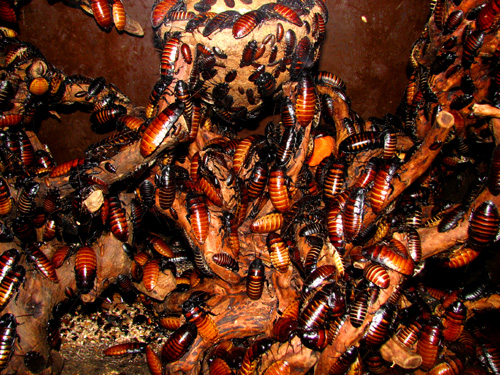 Katsaridaphobia! The deep fear of cockroaches mainly founds in women. Often people feel scared and uncomfortable in the presence of cockroaches. There is no exact reason but we can say that people find it pretty disgusting. They generally inhabit dusty, dark places like beneath the kitchen sink, washroom, etc. Often, at night or in the absence of lights, they accidentally crawl or brush over our skin.

This can even more frightening especially for a person suffering from Katsaridaphobia. The fear of cockroaches is too common that often leads to obsessive-compulsive disorder. 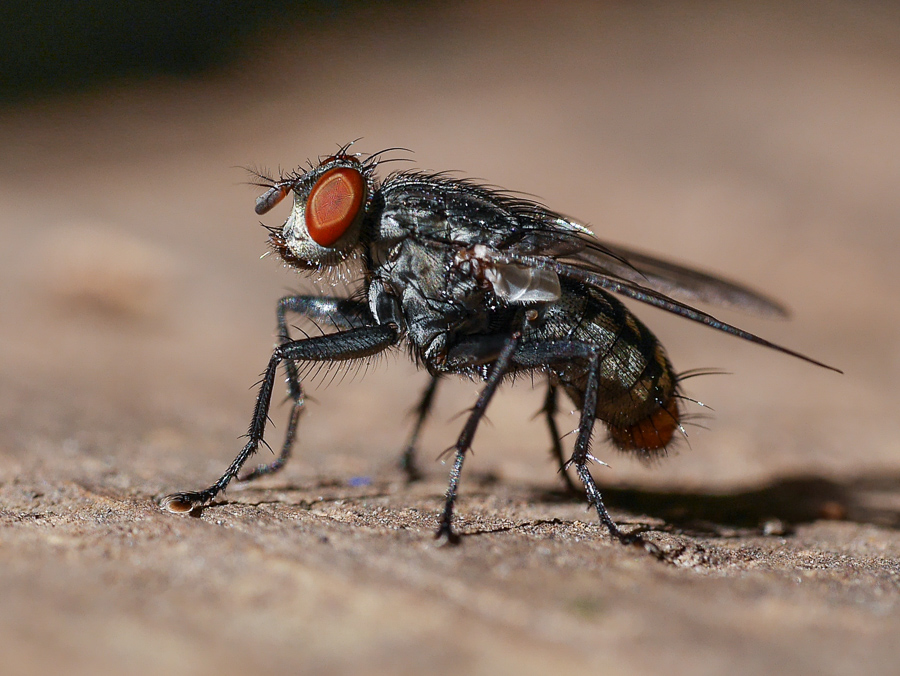 Muscaphobia is the fear of flies. Despite they're harmless, some people still feel so uncomfortable in the presence of flies. Well, it can be bothersome to many people may be due to unhygienic. We often noticed flies in our house also mainly in summers, in this situation phobic would either stay in the enclosed room or not let anybody open up outside door even briefly. There is no particular reaction of these phobic but, a person would scream to kill that fly. 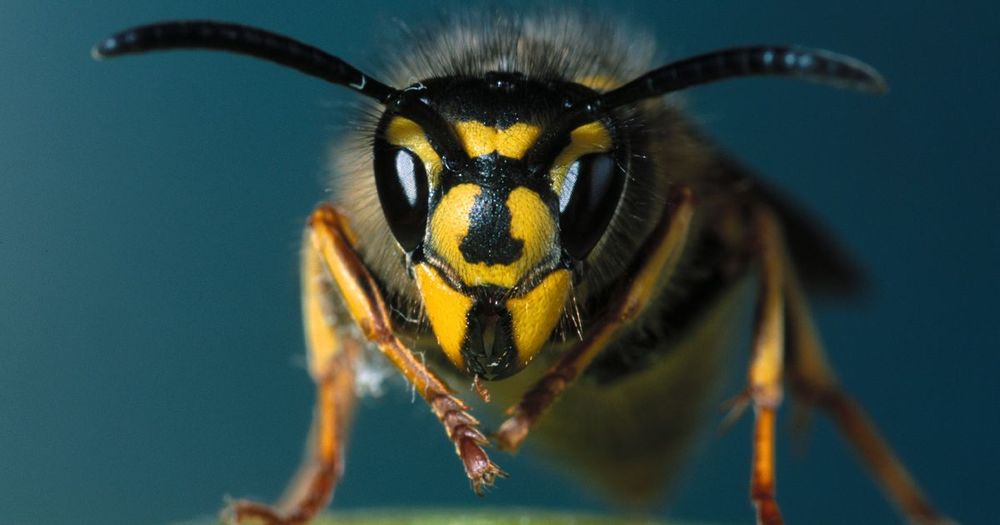 Researchers have revealed that around 4% of the world’s population suffers from Spheksophobia. It is one of the most common phobias belongs to Entomophobia.

In this, the phobic may experience an extreme panic attack at the sight or even thought of wasps. The fear of wasps is really unimaginable, in that the phobic can simply refuse to step outdoors owing to his phobia. Mottephobia generally falls into the category of specific animal phobias. It is somehow similar to Arachnophobia – the fear of spiders. Though moths are harmless but they can harm the crops.

They mostly appear in our homes typically at night time and tend to be attracted to electric light bulbs. Most of the people are afraid of Moths because of its dark/brown colored, scaly and furry bodies that, truly admired by insect lovers. In this condition, the phobic can afraid of stepping outdoors especially in the summer seasons. The worst side of this phobia is that it can lead to an extreme panic attack if the phobic keep on thinking about moths attacking him/her. 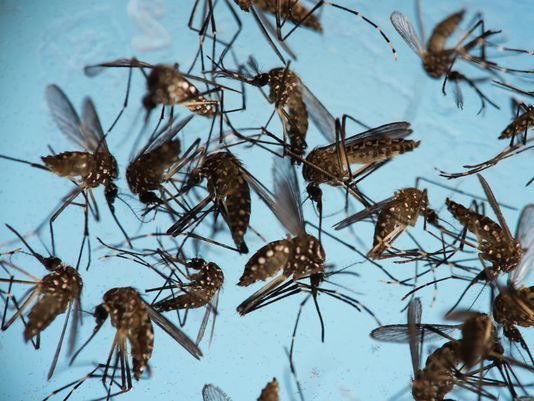 Anopheliphobia is another branch of entomophobia. Well, this is a fact that no one like Mosquitoes as they are really dangerous for our health. But disliking is completely different scenario while phobia is something extreme. However, the phobia of Mosquitoes is quite linked to the disease as it can transmit disease and also with pruritophobia (fear of itches) since mosquito bites are itchy. People can fear mosquitoes because it can lead to several diseases like malaria. 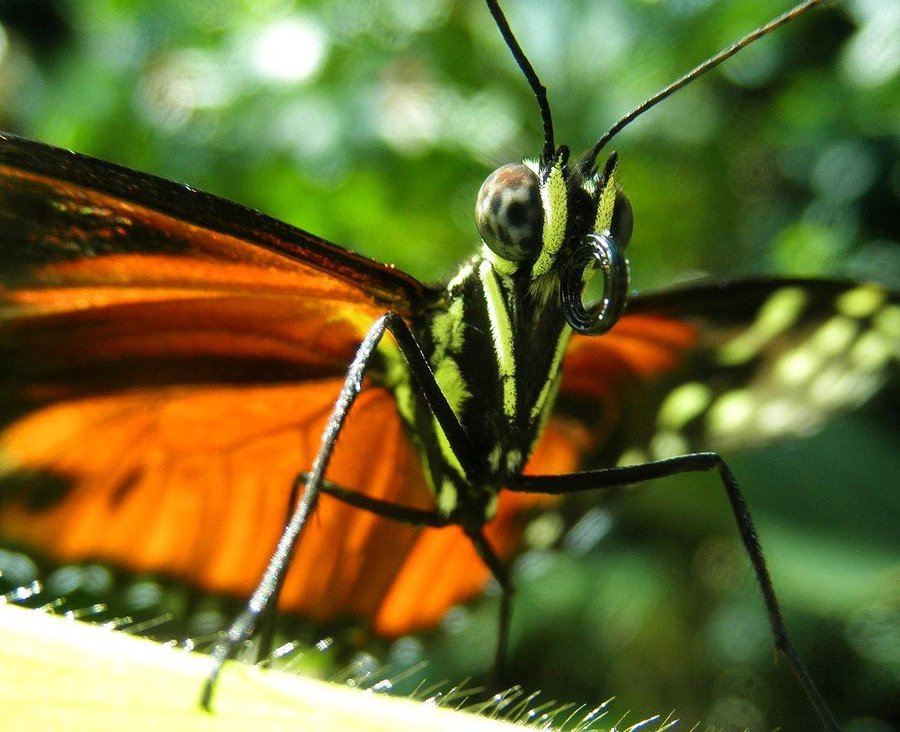 Lepidopterophobia is known as fear of butterflies. It is almost like Mottephobia the fear of moths. Although butterflies are quite beautiful and attractive usually founds in the garden or above flowers. But despite this beautiful things, there are few people who feel intense phobia with butterflies and strictly deny to step out of the home mainly in the daytime. 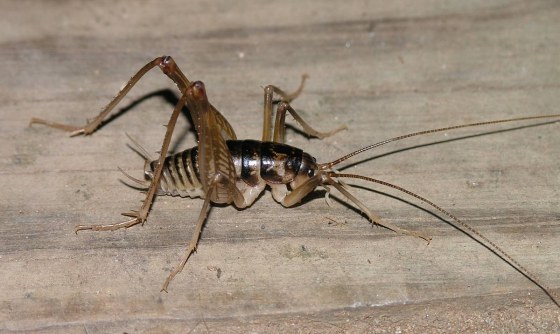 Orthopterophobia is an excessive or irrational fear of Crickets. It is also a common branch of entomophobia.  People often have an aversion to crickets as they look quite frightening and create an unwanted and anxious environment in surroundings. Screaming and crying are the most reactions of people suffering from Orthopterophobia. 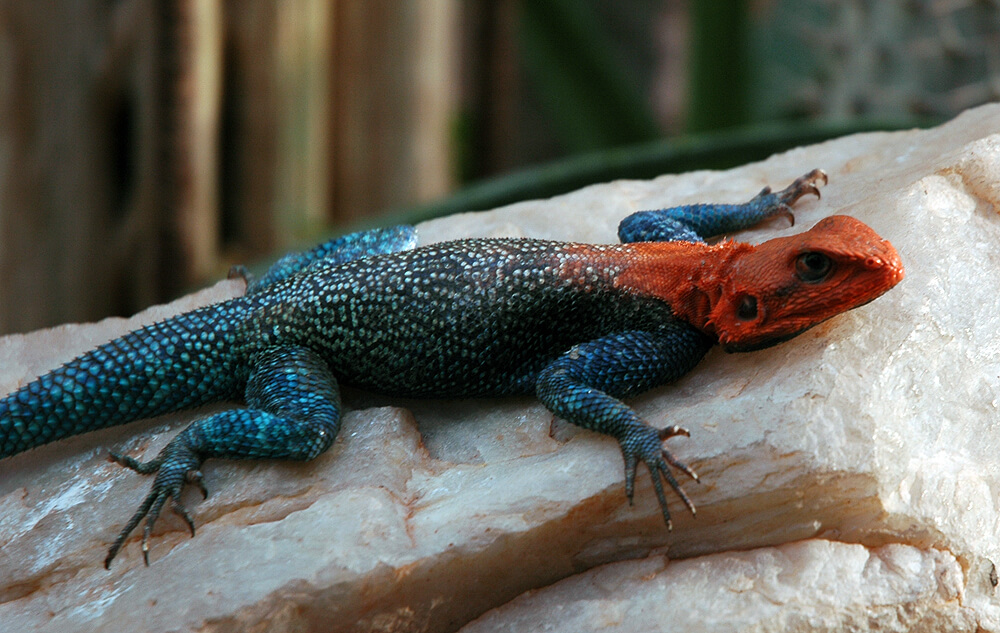 Herpetophobia is the intense fear of Lizards, this one is also highly recognized in women as compared to men. The intensity of Herpetophobia is too high that the phobic even refused to see the picture of a lizard. Even the presence of lizard can leave them in fear sweating and breathlessness. 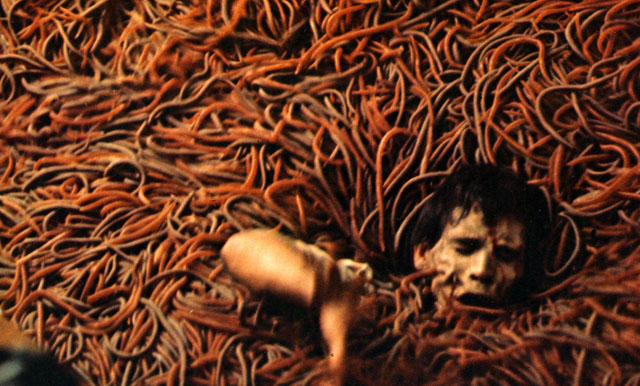 Scoleciphobia is often called as Vermiphobia and Helminthophobia. The intense and irrational fear of worms, especially earthworms. This worms are often founds in garden and washroom area. Many children and adults are scared of this horrific worms, and tend to scream or cry at their sight.

Studies have estimated that there approx more than 200 different types of phobias in which phobia of insects and reptiles are common. Around 10% of the world’s population suffers from these. No wonder, People suffering from these phobias can react with intense discomfort or fear and it often leads to some disorder or panic attacks. (14.1)