10 Cities That Are Most Famous for UFO Sightings

Do you seek unusual experiences and thrillingly offbeat adventures as a traveler? Then visit these cities that are famous for UFO sightings and get skywatching. 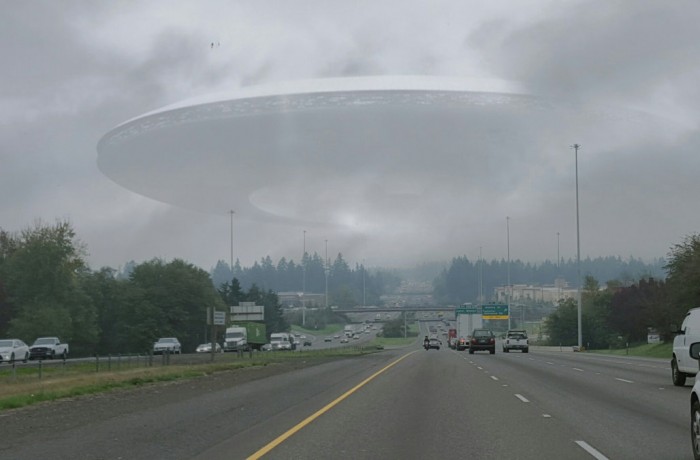 If unusual events and extraterrestrial beings intrigue you, then you might be someone who would love to explore a place where the mysterious unidentified flying objects or UFO allegedly frequent. For science enthusiasts and travelers who seek something unconventional, here are some cities in which several people have reported UFO sightings, close encounters, and alien abductions. Do check out! 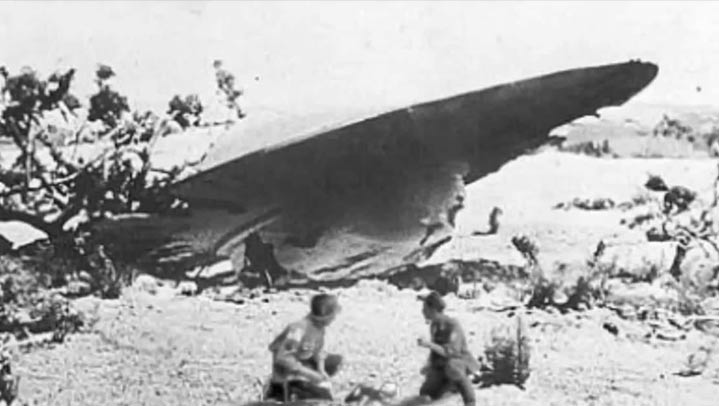 In 1947, a United States Army Air Forces balloon crash-landed at a ranch near Roswell in New Mexico. The crash of “flying disc” caught huge attention with the US military stating that it was a conventional weather balloon. The interest in the incident eventually faded away and then UFOlogists started promoting several conspiracy theories in the late 1970s. they claimed that one or more alien spacecraft had crashed and the military recovered the extraterrestrial occupants thereby engaging in a cover-up.

In the 1990s, the US military published two reports revealing the crashed object’s true nature, which was a nuclear test surveillance balloon from Project Mogul. This Roswell UFO incident has been described as "the world's most famous, most exhaustively investigated, and most thoroughly debunked UFO claim.” 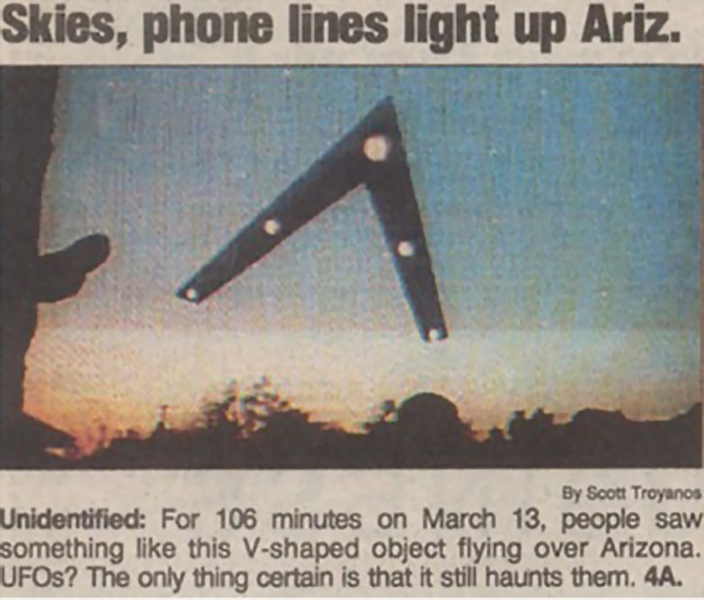 According to a report UFO Sightings Desk Reference: United States of America 2001-2015, individuals described 929 UFO sightings in Phoenix (most in the US).

The Phoenix Lights was a mass UFO sighting that took place in Phoenix, Arizona, and Sonora, Mexico in 1997. Thousands of people had reported detailed sightings of these lights in a space of around 300 miles.

Apparently, two different events were involved in the incident: a triangular formation of lights seen to pass over the state and a series of stationary lights seen in the Phoenix area. Later on, the US Air Force identified the second group of lights as flares that were dropped by A-10 Warthog aircraft.

The witnesses claimed to observe a huge V-shaped, coherently-moving dark UFO that produced no sound and had 5 spherical lights or light-emitting engines, maybe. The then governor Fife Symington was one of the witnesses of the incident. While he was a governor, he mocked the idea of alien origin but he admitted experiencing “otherworldly” lights and a UFO several years later. 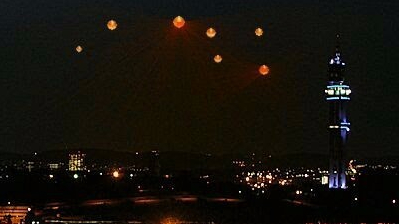 On 16 Sep 1965, the police constables de Klerk and Lockem spotted a 30 ft wide copper-colored craft on the Pretoria-Bronkhorstspruit freeway. Leaving a 6 feet wide imprint on asphalt after a rapid ascent, the then district commandant of Pretoria North Lt Colonel JB Brits confirmed this incident in a press release.

On 7 April 1991, a hovering triangular craft with red central light and white star-like lights was reported by a family at Baviaanspoort. Also, a similar craft was observed nearby Eersterust Township on 8 and 9 April.

On 28 July 1996, Sergeant Becker spotted a glowing disc near the Adriaan Vlok police station in Erasmuskloof. The fluttering light had a red triangle and radiated bright green tentacles. After the radar operator at Johannesburg International confirmed its existence, a chase involving 200 policemen and a helicopter began.

On 21 July 2010, the residents of Booysens sighted a triangle of bright blue and emerald lights that stood stationary in the sky for 2 hours. On 5 Nov 2011, a host of silent, orange lights were seen traveling faster than a commercial aircraft over Tierpoort and Krugersdorp. (17.1) 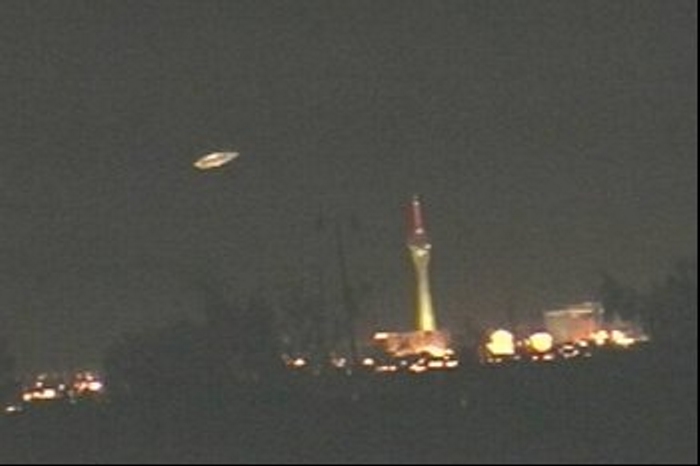 According to a report UFO Sightings Desk Reference: United States of America 2001-2015, individuals described 639 UFO sightings in Las Vegas. During 1965-67, Charles Hall made a claim that while working at Nellis, he encountered tall white aliens who traveled with CIA agents to Las Vegas casinos. 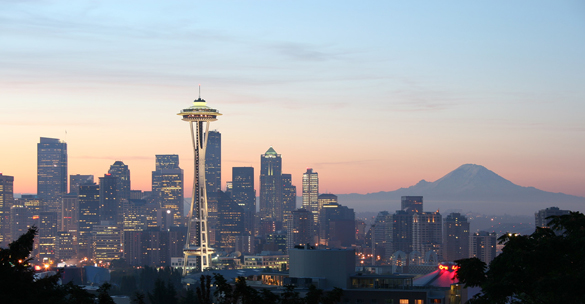 According to a report UFO Sightings Desk Reference: United States of America 2001-2015, individuals described 616 UFO sightings in Seattle. Here’s a recent UFO sighting incident reported in Seattle. A Washington witness at Seattle reported sighting of a rectangular or square-shaped UFO over the Space Needle in April 2016. It had two unusual white blinking lights and didn’t make a sound throughout the sighting. 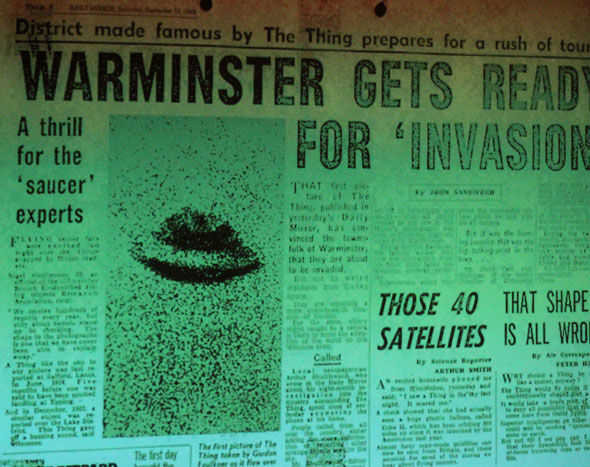 The town of Warminster in Wiltshire, England has a population of about 17,000 people. A UFO spotting made it famous in the 1960s and early 1970s. What began with unidentified sounds later became world-famous as a UFO hot spot. Cradle Hill, Cley Hill, and Starr Hill nearby town made this town a key destination for skywatching. 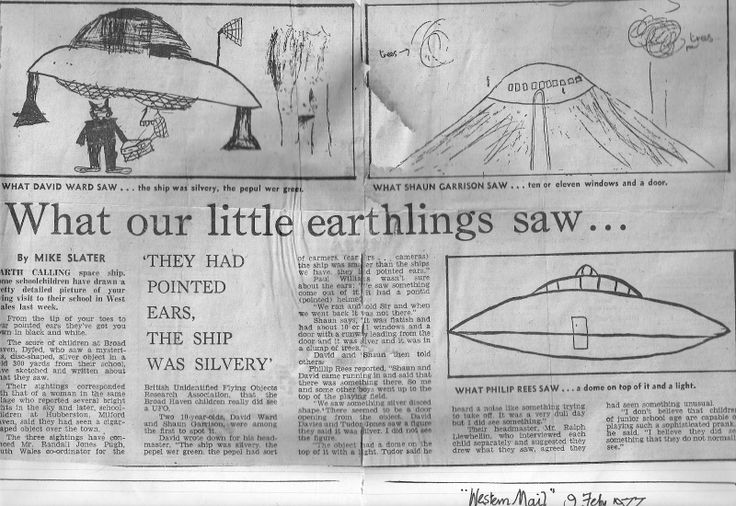 Nicknamed as Broad Haven Triangle, this area was the scene of alleged UFO sightings in the 1970s. A yellow cigar-shaped craft was claimed to have landed on 4 Feb 1977 in Broadhaven Primary School. While playing football, a group of 14 children saw the craft and a silver creature.

Surprisingly, the drawings made by the children were very similar. Then again on 17 Feb, the same craft was seen by this school’s teachers, one of whom even saw the creature boarding the craft. 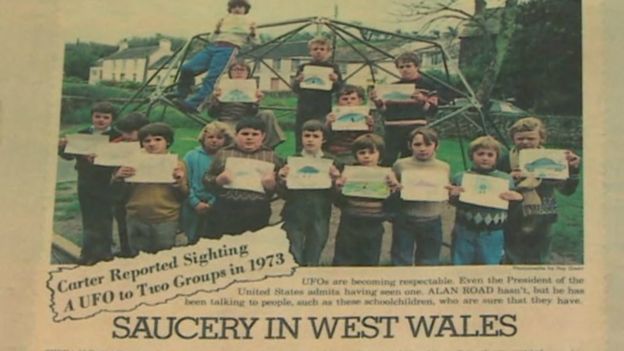 On 19 April 1977, Haven Fort Hotel’s owner claimed sighting of an 'upside-down saucer' along with two humanoid creatures in a neighboring field.

On 5 or 15 August 1950, the manager of the Great Falls pro basketball team shot colored film of two UFOs flying. This film was widely analyzed by the US Air Force and many other independent investigators. (17.2) 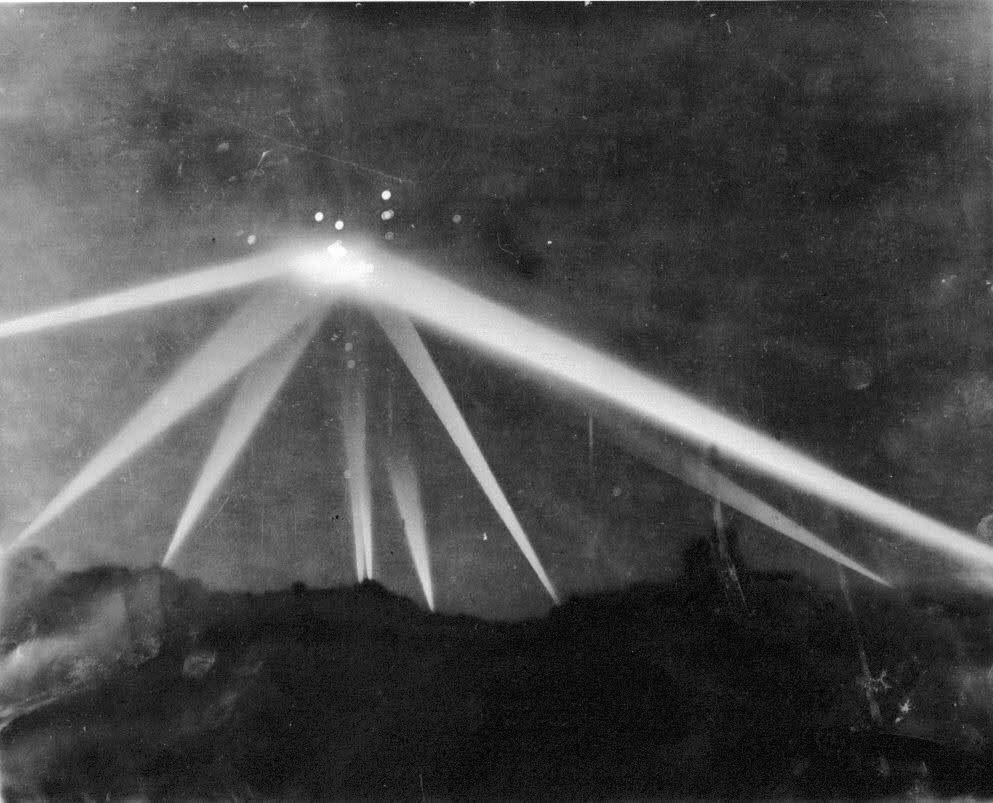 According to a report UFO Sightings Desk Reference: United States of America 2001-2015, individuals described 525 UFO sightings in Los Angeles. A famous UFO incident ‘Battle of Los Angeles’ that occurred on 24 Feb 1942 reported unidentified aerial objects that triggered the firing of thousands of anti-aircraft rounds and raised the wartime alert status. 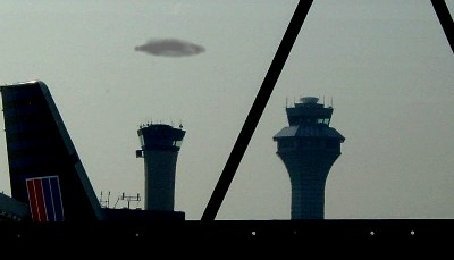 According to a report UFO Sightings Desk Reference: United States of America 2001-2015, individuals described 562 UFO sightings in Chicago. On 7 Nov 2006, the famous O'Hare International Airport UFO sighting occurred. The United Airlines employees and pilots reported sightings of a saucer-shaped unlit craft that hovered over the airport terminal before vertical shoot up.

10 Longest Caves On The Planet Earth