9 Amazing Attractions of Little India, Singapore that Make it Worth Visiting

Explore this 200 years old place and get inspired by its traditional aesthetics and vibrant culture. Find out the things you can do in Little India and what makes it famous. 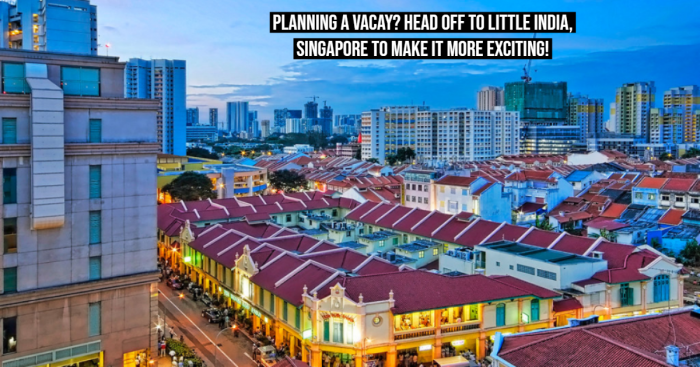 You might have heard or traveled to Singapore, but do you know there’s an ethnic district in Singapore known as Little India? Do you know why it is called so? It is estimated that above 7-8% of the population of Singapore is of Indian descent. Out of which, most are from Tamil Nadu and are the descendants of the first migrants to arrive in the 19th century.

Little India is located east of the Singapore River, across from Chinatown and north of Kampong Glam. It is commonly known as Tekka in the Indian-Singaporean community.

History of Little India, Singapore and How Was it Formed? 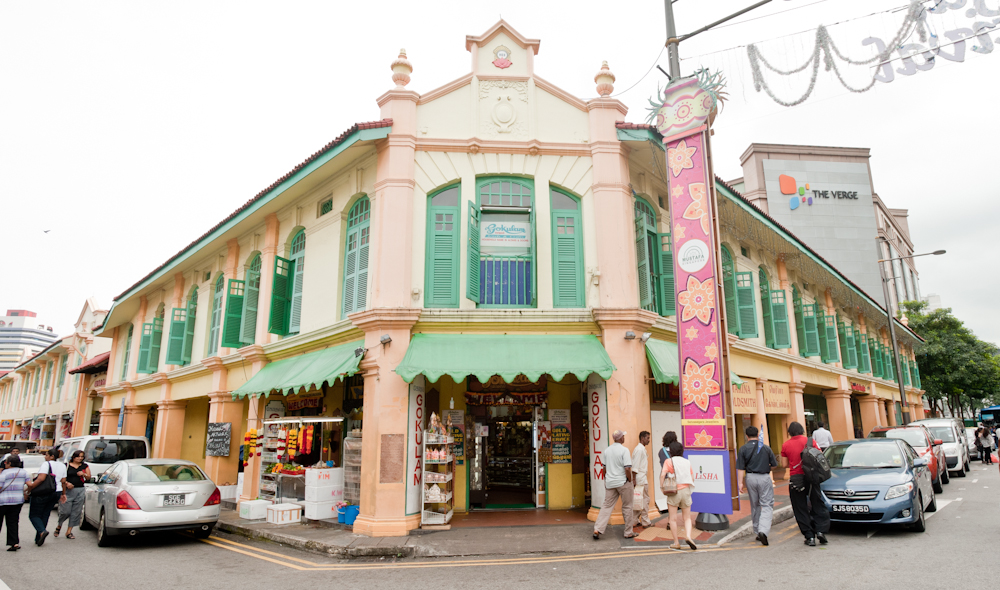 Little India is said to be developed around a former settlement for Indian convicts. Its area along the Serangoon River made it attractive for raising cattle and trade in livestock that was once important in the area. Slowly, other economic activities developed, and by the 20th century, the location began to look like an ethnic Indian neighborhood.

The first inhabitants of the Serangoon Road were cattle traders and farmers who successfully reared buffalo in the wet marshes and rivers in the area. In the 1820s, the British started to set up the brick kilns along the road.

During that time, the bricks and cement were produced that were used in construction. Most of the migrants found jobs in these businesses. When some parts of Singapore with Indian enclaves like Market Street reached their maximum capacity, the rest of the Indians started to relocate to the Serangoon road area, which still has space for expansion.

By the 19th century, nearly 14,000 were inhabitants residing in Little India. Today, it is very different from the cattle herding district, but still maintains a strong heritage through many streets and buildings left. Many of the best things to do here are within walking distance, that means you can explore the place in a day or two. It is one of the smallest districts in Singapore, so cycling and walking are the best options for travel.

Things to Explore in Little India, Singapore That Attract Tourists from Around The World 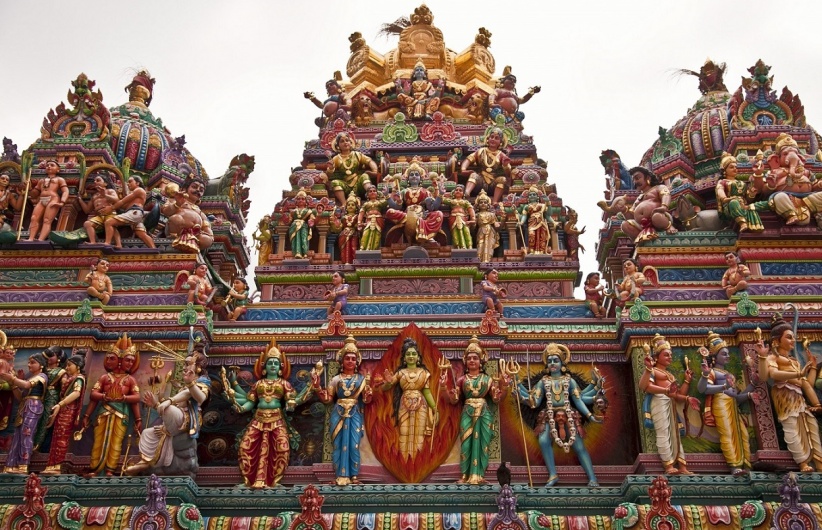 Little India, Singapore trip is incomplete without mentioning its most fascinating temple. Sri Veeramakaliamman Temple is located at the center of Little India, and this makes it the most attractive site for the tourists. The temple is devoted to Kaliamman or Kali, the powerful Indian goddess & destroyer of Evil.

This site was built by early Indian immigrants and settlers in the 19th century Singapore. Located on Serangoon Road, the temple has several facilities including wedding and multipurpose hall. With vibrant statues and amazing exterior temple structure, the Veeramakaliamman temple is a favorite spot of photographers. 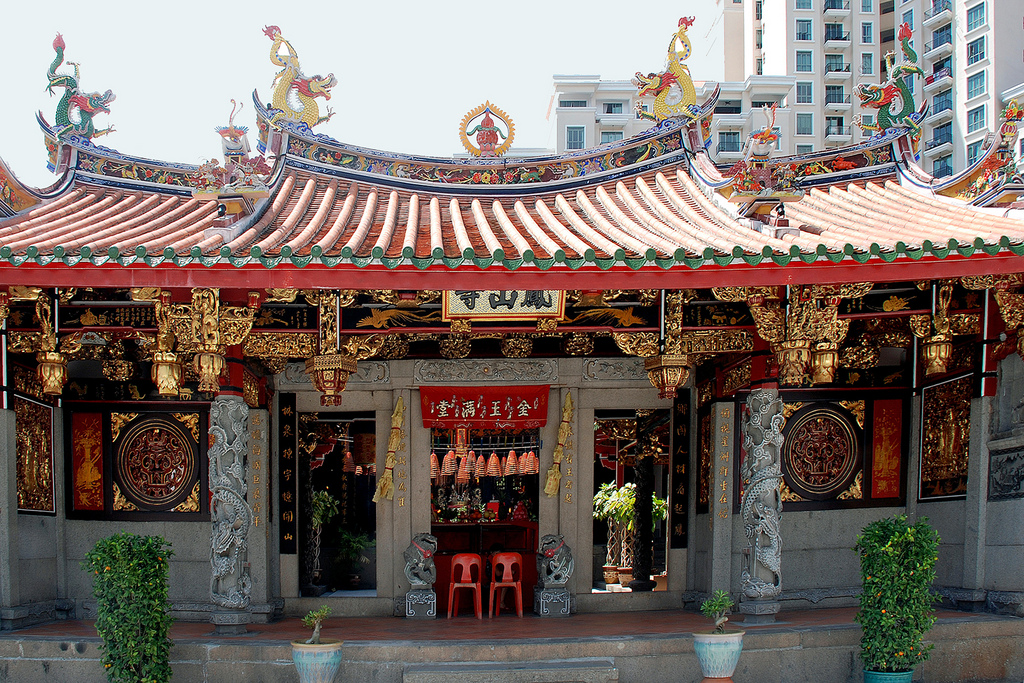 Leong San See Temple or Dragon Mountain Temple in Chinese is a famous Buddhist temple situated right across from Sakya Muni and reminds of Singapore’s oldest temple, Thian Hock Keng on Telok Ayer Street. This beautiful art piece was established by Reverend Chun Wu who arrived in Singapore in 1913 with a statue of the Goddess of Mercy, Guan, Yin and was named after a temple of the same name in Fujian province.

The wooden beams and tiled roof ridge of the temple are adorned with flowers, human figures, and several animated dragons. If you know Chinese, you would see the signs which say “Long Shan Shi,” but in English, they have written Leong San See.

The temple is small but worth experiencing. If you ever travel to Little India Singapore, don't forget to visit this beautiful piece. The temple is open from Monday to Sunday from 7:30 a.m. to 5 p.m. 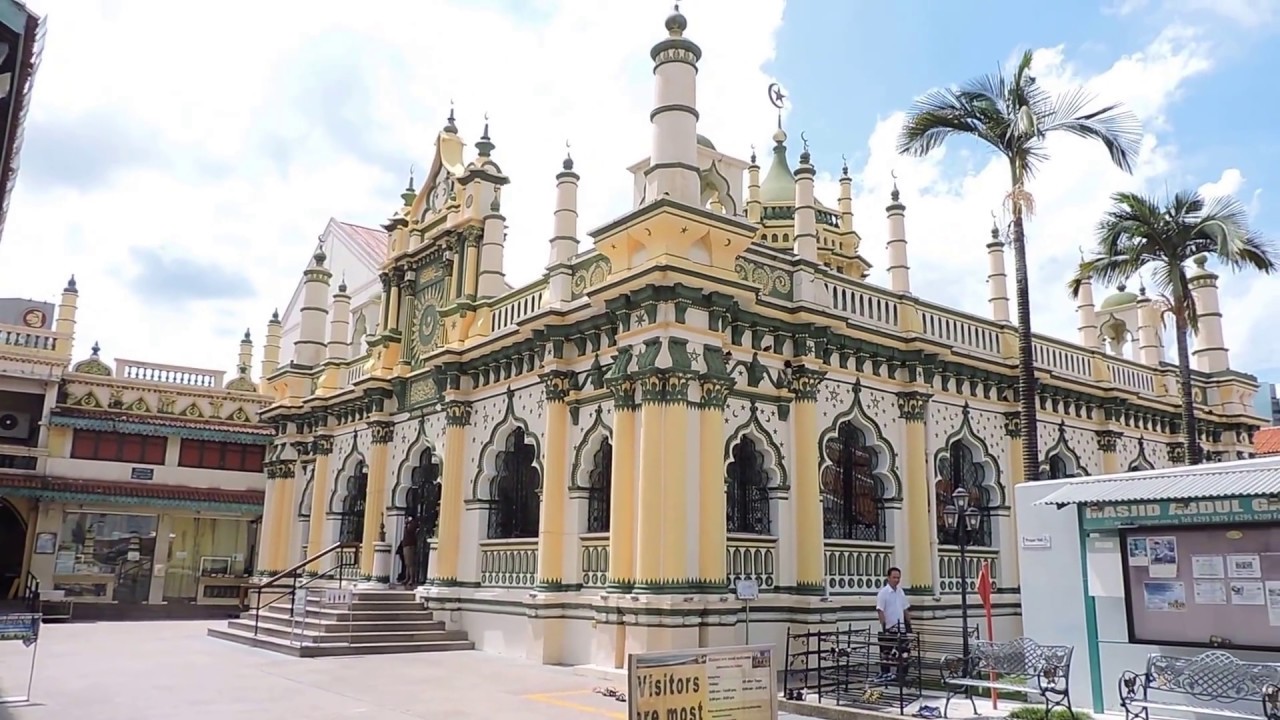 Masjid Abdul Gafoor was built to serve Indian Muslim merchants and for those who worked at the old racecourse at Farrer Park. It was named after Shaik Abdul Gafoor bin Shaik Hyder, Dunlop Mosque’s trustee.

Do you know this mosque was not originally named after him? When he died in 1917, the name was changed in his honor. It is the most religious mosque for Baweanese workers and Tamils who used to live here at the beginning of the 20th century. The site is not only famous for its beautiful architecture, but also for the stories that tell about the Muslim community in the country.

You would be surprised to know that this was the first mosque to have electricity. The visitors are asked to take off their shoes and wear robes that are available if their legs or shoulders are uncovered. There are several books about the Quran and Islam and other languages which you can take to know about the community and religion. 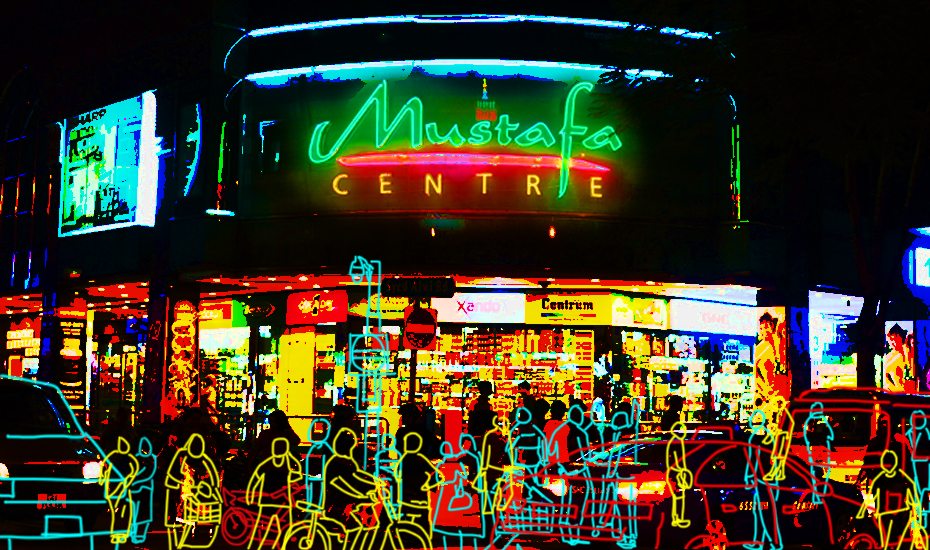 The place is well known amongst shopaholics. Mustafa Centre is a 24-hour shopping mall that offers quite a range of products from household applications to books, footwears to clothing. It sells over 30,000 items and provides foreign exchange and other travel arrangements.

You can’t miss the exotic Asian dishes that are served from 5 pm to 2 am daily at a rooftop restaurant named Kebabs ‘n Curries. Do you know the mall remains open on public holidays too, so you can visit this any time of the year?

The Mustafa Centre starts from basement 2 and 1 and then goes up to level 4. There are several entrances to the mall and a connecting bridge between the two buildings on the second floor.

One thing that attracts most people is a collection of strange things. You would find glow-in-the-dark-nails, stick-on ponytail, aqua massage, decorative high heels, and more. Tan Teng Niah is the last surviving Chinese villa in Little India. The history of this colorful villa dates back to 1900 when the prominent Chinese businessmen built it for his wife. Some of the attractive features of the site are glided nameplate at the entrance with the calligraphic inscription ‘Siew Song,’ swinging door, and bamboo tiled roof.

The building also won the Singapore Institute of Architects Honorable Mention Award in 1991. Tan Teng Niah owned a confectionery business and sweet-making factories along Serangoon Road and a rubber smokehouse in Kerbau Road.

The original villa had whitewashed walls and a green roof. The colors were added later to make it attractive. After capturing the stunning view of 8 rooms, grab a plate of biryani in the courtyard for a great dining experience. If you love colors, then visit these colorful places that would make you fall in love with them. 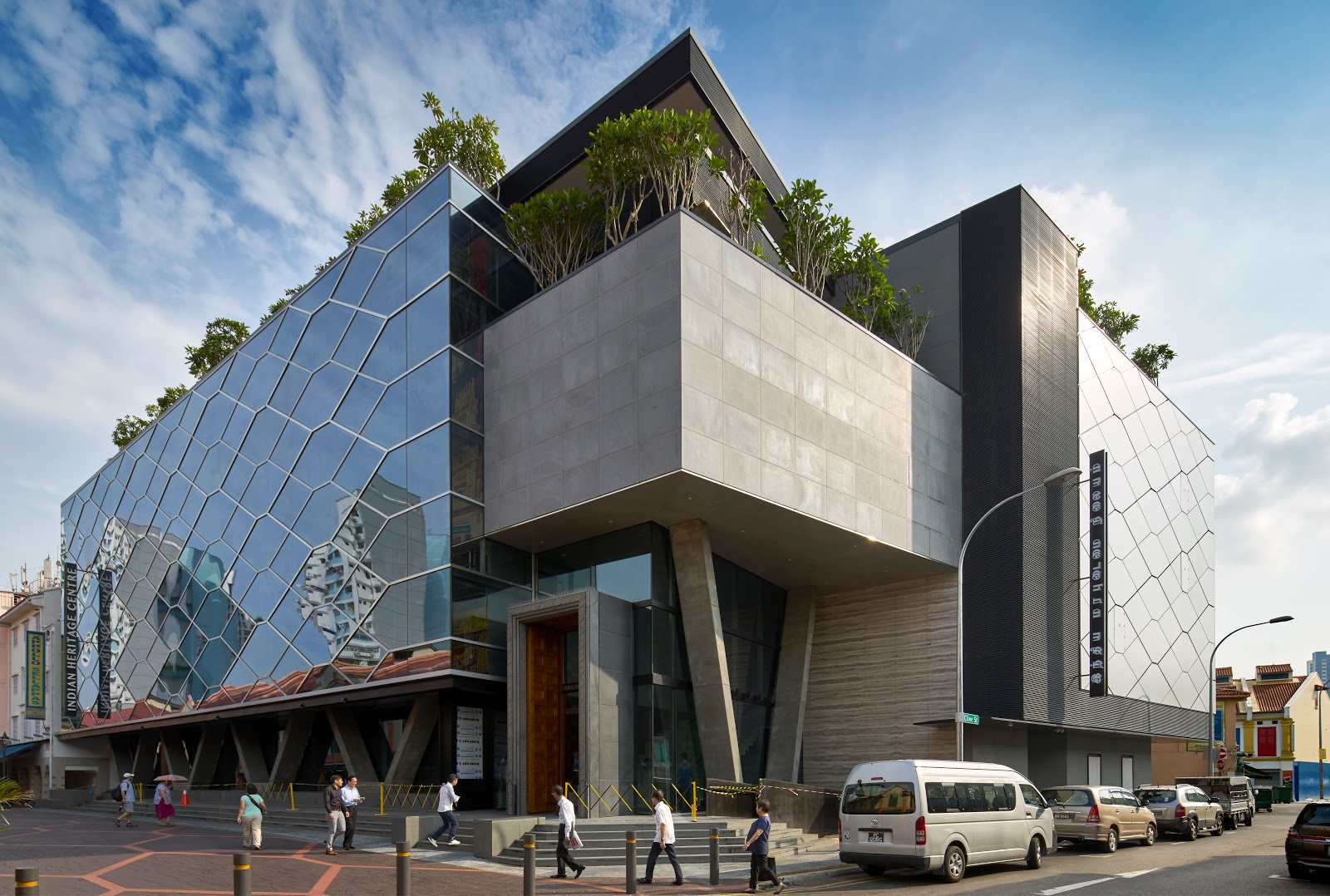 Indian Heritage Centre is a four-story building that blends traditional and modern architectural elements. To mark its opening, a CultureFest was organized, and activities like outdoor film screenings and street fairs were planned to attract people. It measures 3090 sqm and is divided into five themes. It starts with the interactions between South Asia and South-east Asia and then features the movement of Indian from the 19th to 21st century.

The next section features the contributions of Indian pioneers in Malaya and Singapore. The fourth theme showcases the political awakening of Indians.

The final section highlights the contributions of Indians in Singapore from the late 1950s to the 1980s. It also features role-playing games and interactive touch screens. It is an educational site and a great spot to chill out on a hot afternoon.

7. Church of the True Light 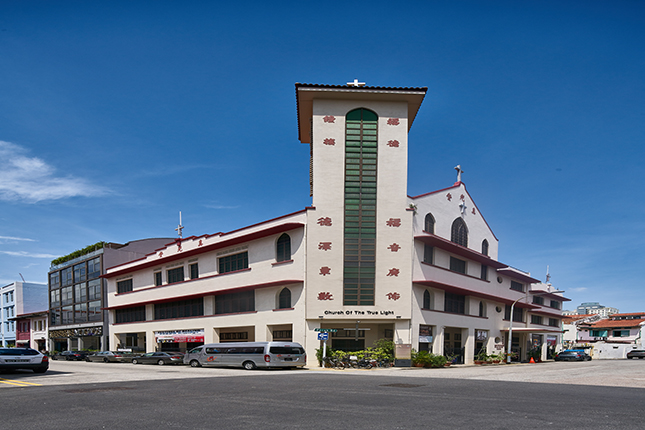 Church of the True Light is another attractive site in Little India Singapore. The site had its beginnings when Guok Koh Muo, a part-time schoolmaster and a journalist of a Chinese newspaper, answered the call by Miss Apple, a British missionary. She wanted to start the mission for the Heng Hua and Hock Chew Chinese from Fujian province living in Singapore.

Through the years, the groups held meetings in several locations which kept growing until it acquired land in its current location in 1940. The construction of the church took time because most of the members of the group belonged to the poorest social groups, and there was no finance. 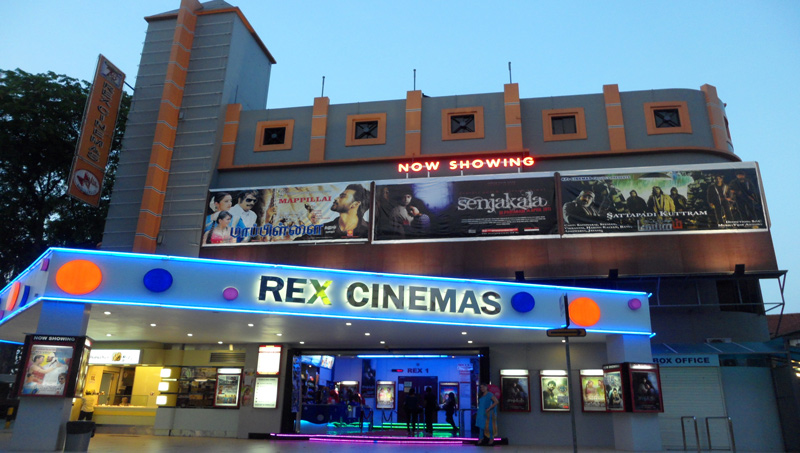 One of the most interesting and amazing things you can do in Little India Singapore is to watch a fun and light-hearted movie at the Rex Cinema. The cinema opened in 1946, and it premiers Tamil and Hindi movies for local clientele.

Over the years, Rex Cinema has become the most important landmarks among the Indians in Singapore and remains a site of attraction. 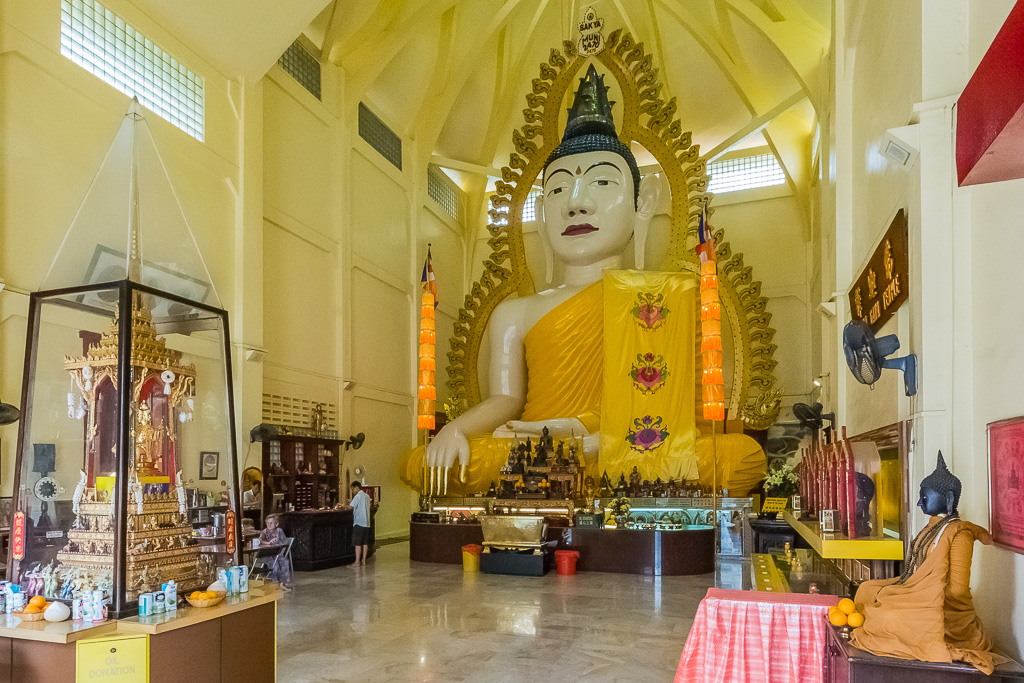 The place is better known as the Temple of a thousand lights. It features a 15-meter tall, 300-ton statue of Buddha surrounded by thousands of light within its walls. This temple blends different Chinese, Indian, and Thai styles that date back to 1927.

It was first constructed by Thai monk venerable Vutthisasara as a simple zinc roof shed. It was later modified into its current form through donations by Aw Boon Par and Aw Boon Haw, the entrepreneurial brothers who created an ointment Tiger Balm. This famous Buddha weighs about 300 tonnes and makes it an iconic place for travelers.

The Best Restaurants to Explore to Eat in Little India, Singapore

If you are a foodie, then Little India Singapore offers you a variety of foods from every part of the world. What’s amazing is the place has several South Indian vegetarian restaurants and fewer cafes. You can easily spend your entire day exploring different restaurants, most of which are attractive sites of the country. Since most of Singapore’s Indian community hails from South India, it is not surprising to note that every restaurant has dosas in their menu.

If you are a traveler and looking for the places that are wonderful and religious as well, give a try to Little India. You can also visit these exotic places in 2019.

Travelling is always fun. It lets you explore amazing things, new traditions, cultures, and beliefs, plus allows you to meet new people from different backgrounds.

Do you know other places in Little India that are attractive and must not be missed? If so, share the places below.

10 Beautiful Lakes That Unfold the Breathtaking Views on Earth