Ever wonder what it would be like standing on the 125ft tall tower watching the view? Bowman’s tower built in between 1929 and... 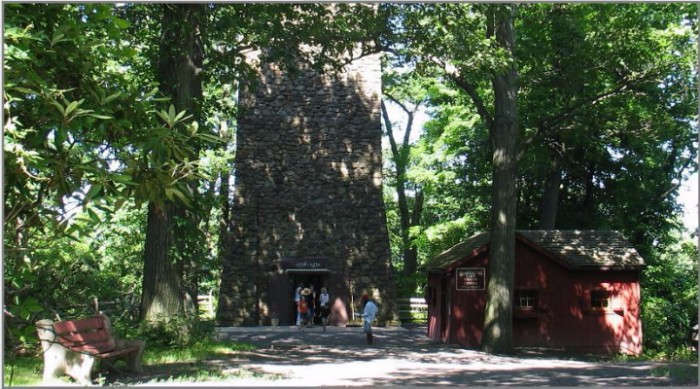 Ever wonder what it would be like standing on the 125ft tall tower watching the view? Bowman’s tower built in between 1929 and 1931 gives a commanding view of the surrounding landscape and breathtaking view of the Delaware River.

Bucks County has several exotic locations to visit on the way but there’s only one place to get the bird’s eye view of the countryside and that is Bowman’s Hill Tower. The Bowman’s hill Tower is basically located in Washington Crossing Park in Pennsylvania. It stands 125 feet tall with 24 feet base on a side.

The tower was completely constructed from the native stone brought nearby the Bowman’s hill and nearby fences. Including 517 tons of sand, 1200 perch of stones and nearly 230 tons of cement were used in tower’s construction.

In the year 1930’s, the Civil Works Administration planted over 28,300 seedlings in an effort to reforest the area. Along with Civil Works, Works Progress Administration also joined in plantation. In the 1980’s the tower was restored and an elevator was installed in it. 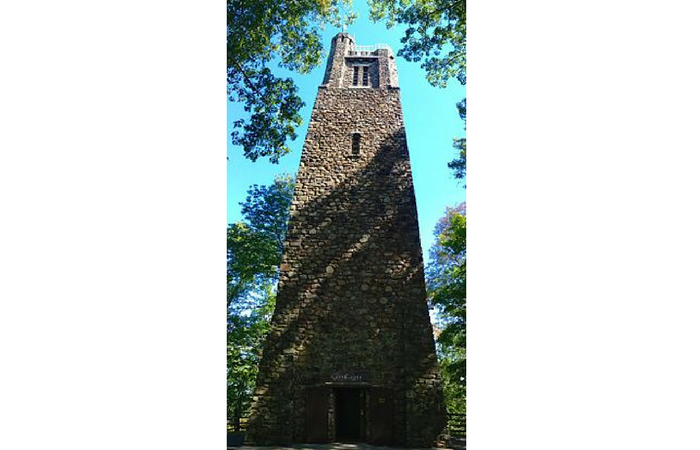 One of the biggest misunderstandings about the Bowman’s hill tower is that it is erected during George Washington’s day. But actually it was built in 1929-1931 to watch for enemy activity on the Delaware River. Due to the tower’s height, lightning strikes was an issue to improve the safety. Luckily, the national Lightning Protection Company of St Louis installed a lightning protection on the building. With the new installation of the wires, the system still operates today. 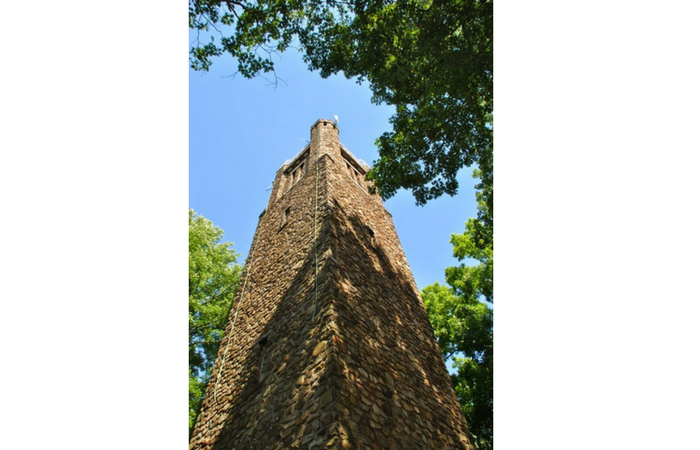 Organized groups and school groups do often visit the tower. As the season changes do the colors and experiences change at the tower. Also rumored that several of the old stones on the hill may have grave marks and some say the cries of the Revolutionary war soldiers can still be heard.

The tower remains open from 10am to 4pm. Kids under4 are free, you can even combine admission with a tour of the Washington Crossing Historic Park. On the clear day, Bowman’s hill becomes the favorite destination of the tourists.

Origin Of The Name

There is no actual source behind the hill name, however there are several theories:

The hill was named for a Thomas Bowman, who conducted trade down and up the Delaware River in the 17th century.

It was also named after John Bowman, a friend of Jonathan Pidcock. Pidcock’s farm was located in the end of the hill from which soldiers encamped on the farm. (17.1)

A Quick View to the Bowman’s Hill Tower