Hinatuan Enchanted River, or Hinatuan Sacred River, is a clear blue river in Mindanao Island in the Philippines. Read what makes it a wonderful tourist attraction. 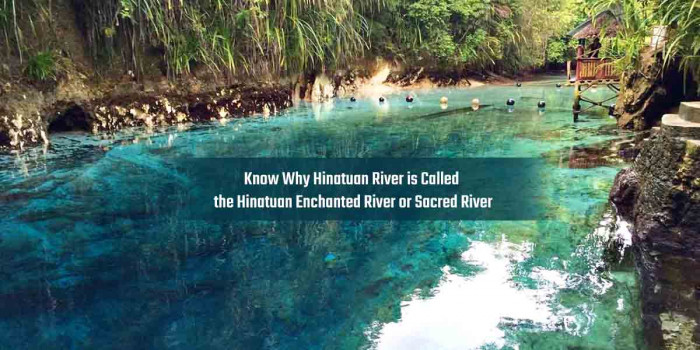 In today’s world, it is hard to find clean rivers, lakes, and other water bodies, and most of them turn toxicdue to pollution and dirt or silt accumulation. But only rare waterbodies are astonishingly crystal clear and clean without any filth, and one such is the Hinatuan Enchanted River.

The Hinatuan River is located near the southernmost island named Mindanao of the Philippines. More famously, it is also called “The Enchanted River” and “Hinatuan Sacred River.” Originating from an 80 feet deep spring, it flows into the Philippine Sea and the Pacific Ocean at Barangay Talisay, Hinatuan, Surigao del Sur, and lies between the boundaries of Barangays of Talisay and Cambatong. 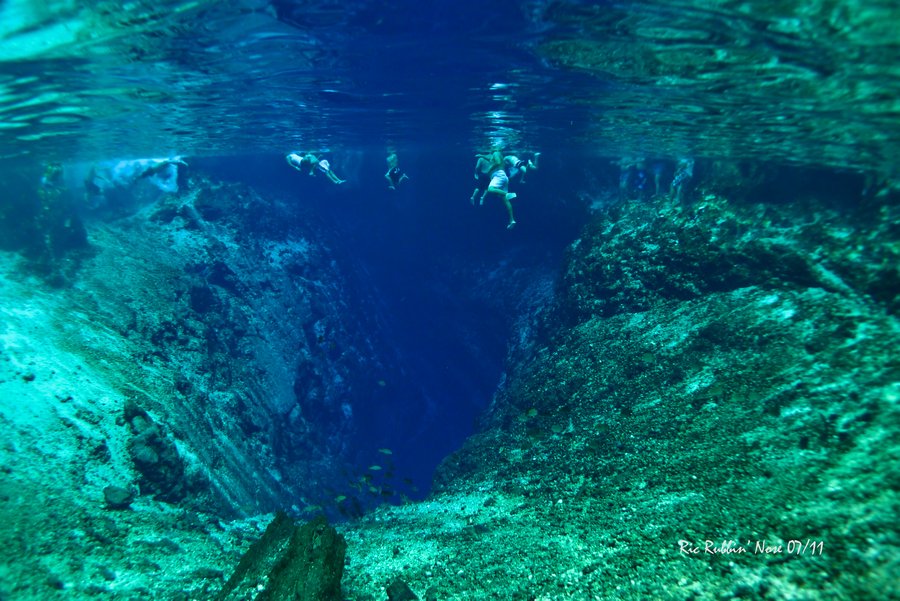 Back in 1999, the first exploration of the cave of the Hinatuan Enchanted River was made by the Filipino reporter named Alex Santos. In Feb 2010, it was only 11 years later when the major exploration of the cave system began when a group of three cave divers that Dr. Alfonso Amores led went inside the cave. It led to the discovery of a hidden cave opening that was 98 ft deep. 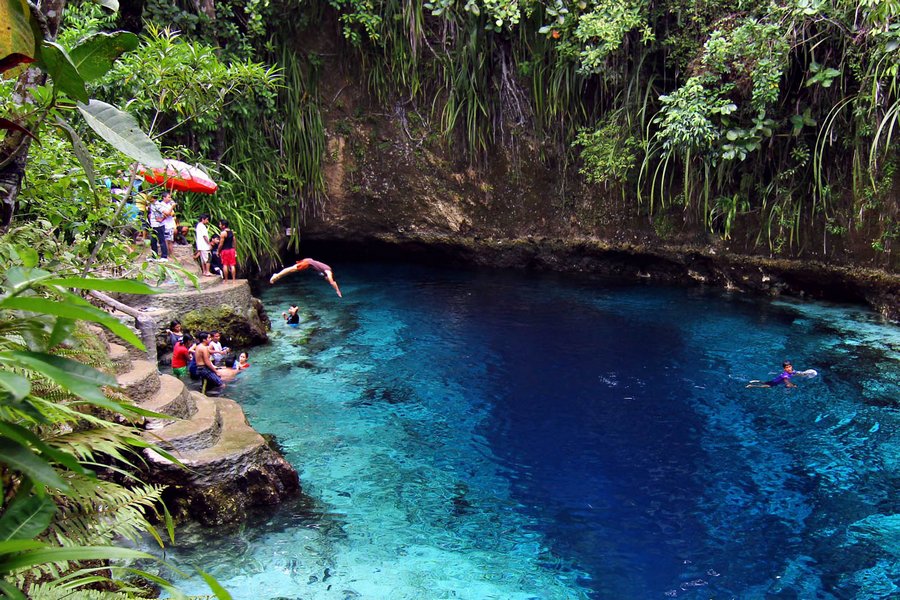 Various legends surrounding the river’s unexplored depths and unusual colors exist. According to one folklore, some fairies added colors of sapphire and jade to the river to give it unique shade. Some local fisherfolk also claim that a mysterious fish spotted in the river can’t be caught.

The locals suggest that the river was called so as the engkantos dwelled there. Some legends say that the supernatural beings act as the protectors of the river.

Modesto Farolan Gave it the Moniker “Enchanted River” in His Poem 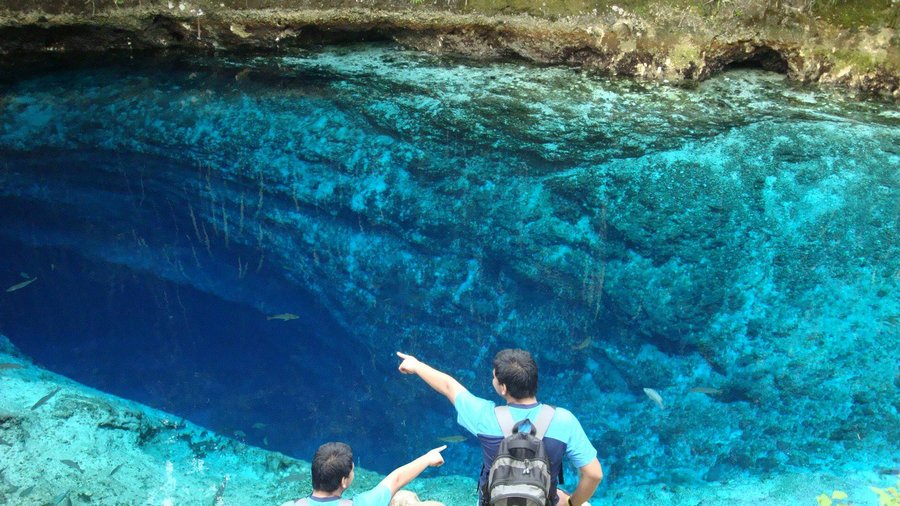 In his poem entitled Rio Encantado, the diplomat Modesto Farolan called it the Enchanted River, and thus, it got the moniker Hinatuan Enchanted River.

Swim in the Pool Near the Centre of the Lagoon 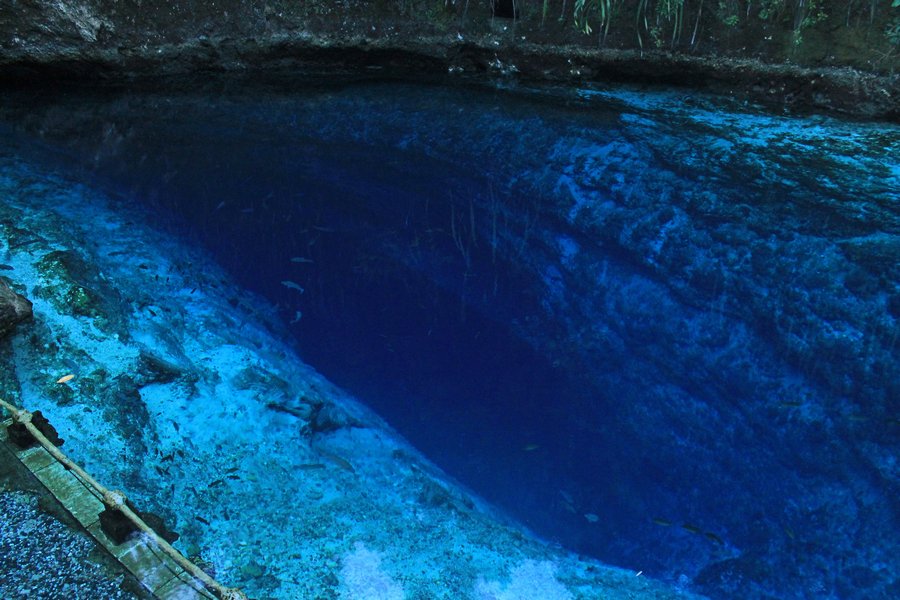 The Hinatuan River is very popular and is one of the most famous tourist places in the Philippines. The local government of Hinatuan has designated a swimming area for tourists near the center of the lagoon, which is 33 ft away from the main pool.

To preserve and maintain the natural biodiversity, the Hinatuan government posed a ban on tourists from swimming in the main pool in 2017.

Also, it changed the fish feeding schedule from 12 noon to 3 PM. The “Hymn of Hinatuan” is played during the feeding time.

The Point of Origin of Hinatuan River is Not Visible 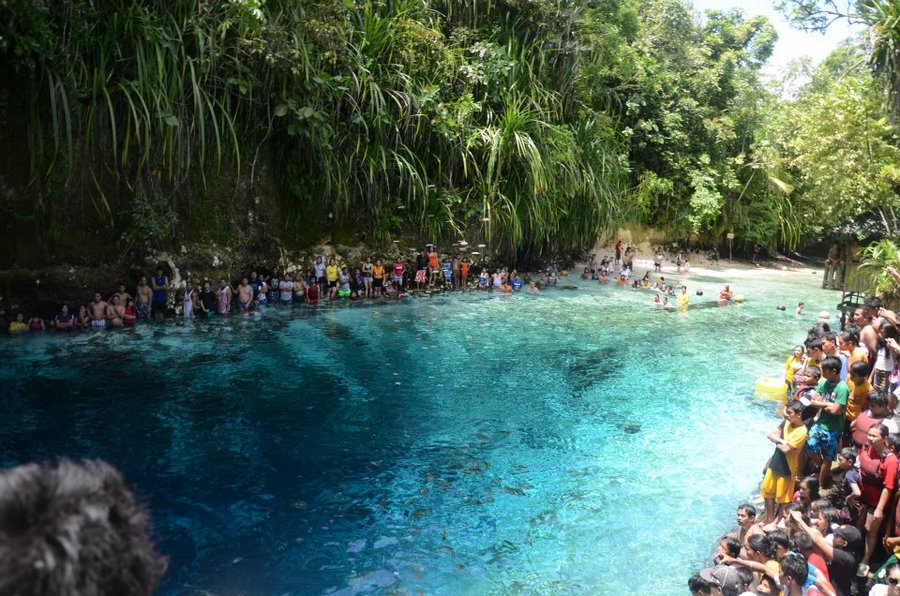 A wonderful fact about this river is that the salt water of the river miraculously flows down without any visible source and seems to pop up out the ground. The water of the Hinatuan River is amazingly clean, transparent, and deep blue. Surprisingly enough, the bluish color of the deep water and its transparency remain throughout the day.

Some people believe that seawater flowed in the river via long tunnels and caverns deep beneath the ground, and after that, it fuses in the spring. 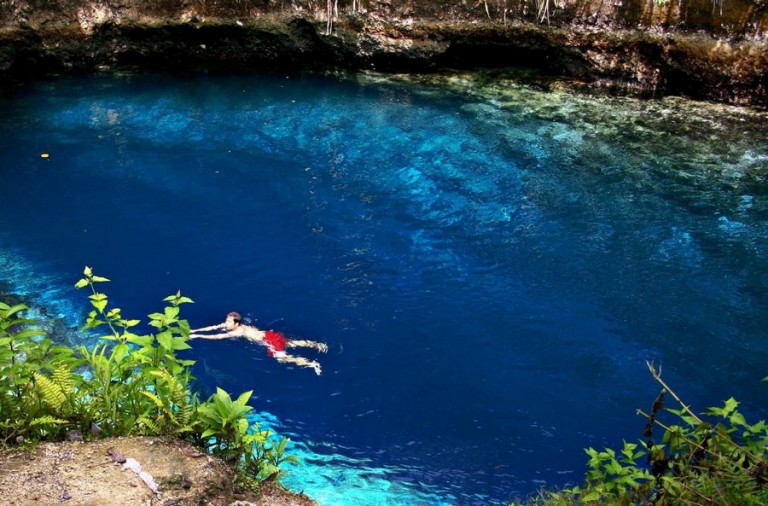 Hinatuan Bay, located at its mouth, is the home to several species of turtles. Its mouth also provides a safe harbor against the heavy storms and typhoons. Besides, the deep blue water, trees, and pools represent the heavenly grace.

You can reach here by taking a van from the Butuan City Domestic Airport, which goes into the Hinatuan town. From a signboard showing the Hinatuan Enchanted River, you can go on a motorbike ride passing through a dirt road and then a forested area that leads to the river. Also, you can arrive at the river by hiring a bus or van to the same signboard to Hinatuan River.

There’s no denying that the Hinatuan Enchanted River is one of the astonishing bodies of water found across the globe. And swimming in it must be no less than an enchanting experience!

Travel Checklist for Your Awesome Vacation