Built in 1937, Rockome Gardens was a park located in the central Illinois nearly 5 miles west of Interstate 57. Seemed to have i... 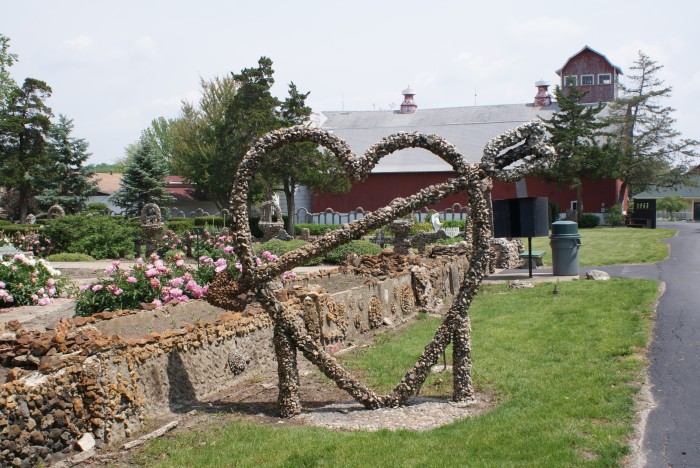 Built in 1937, Rockome Gardens was a park located in central Illinois nearly 5 miles west of Interstate 57. Seemed to have inspired by the Amish farm life and Knott’s Berry Farm, it was operated by the members of the nearby Old Order Amish Community. This only Amish theme park in the world is now closed and has been converted into the Aikman Wildlife Adventure.

The park entertainments were mostly low-key including buggy rides to the river, observing park staff husk corn with antique farm equipment. It also had a non-Illinois wild west town with an Indian Trading Post, several rock art structures, a Haunted Cave, and even a ghost-town styled bottle house made of Fresca bottles. And sometimes, some trained chickens could also be seen playing tic-tac-toe in vending machine-like boxes at the park.

Throughout the 80 years of the park’s development history, the Rockome Gardens’ ownership had been changed a number of times. In 2011, Rockome Gardens were sold to a couple who had been visiting the site for years. And in 2015 again, it was bought by James Aikman for building a drive-through wildlife park.

One Could Enjoy Buggy Rides to the River 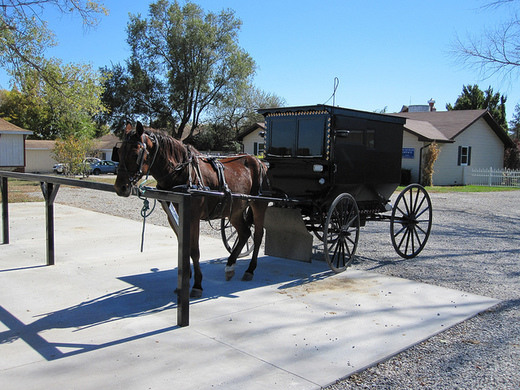 Between the cheese shops and a horse-drawn buzz saw, taking a buggy ride to the river would allow one to forget the modern world and indulge in the Amish experience for a brief period of time. 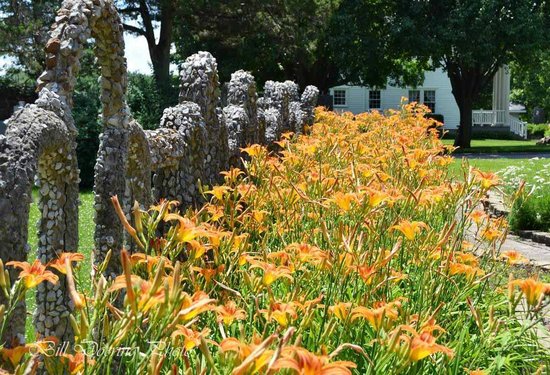 Apart from the enjoyable buggy rides, another key attraction that had been there since the beginning was flower gardens and the quaint rock walls. Then there was a wide-ranging collection of rural and folk antiquities in the park. 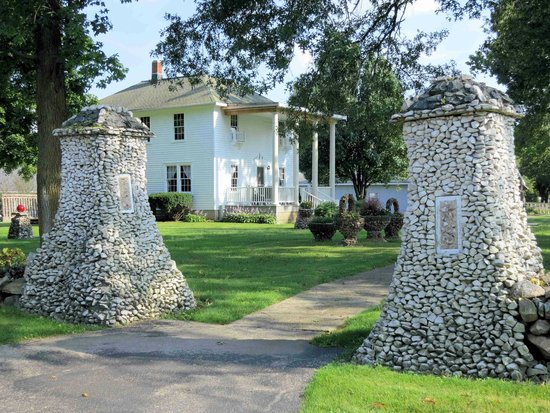 Rugged construction and simplicity created truly beautiful and relaxing garden areas, in spite of the clutter of folksy maxims. 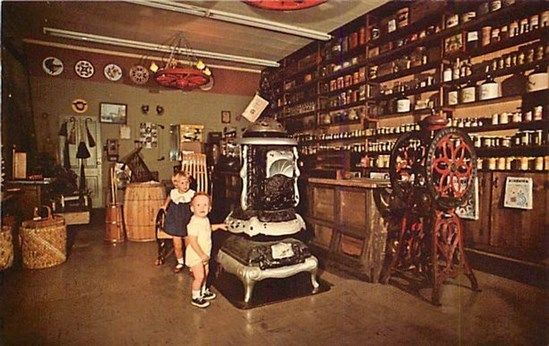 Rockome Gardens housed several classic Amish-influenced attractions that were educational and sometimes bizarre as well. Such attractions mainly included typical Amish houses and an apt recreation of Amish town. A petting zoo, miniature trains, and a blacksmith’s shop were also present at the park. Homestyle candy and mineral displays in a rock shop were available for sale in the general store. 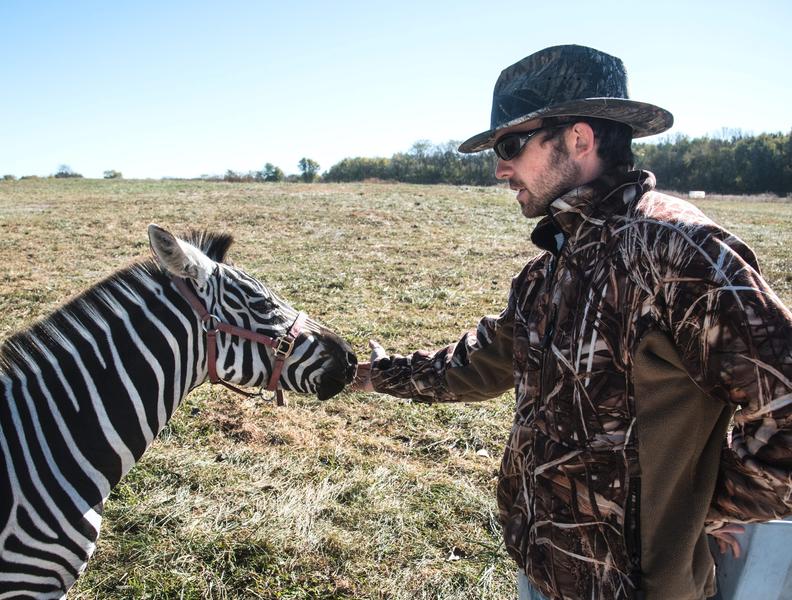 A local developer James Aikman bought the Rockome Gardens property in September 2015. Officially relaunched in March 2016, it got converted into Aikman Wildlife Adventure which provides a drive-through wildlife park. Featuring exotic animals, it has more than 150 animals of over 50 different species native to 6 different continents. 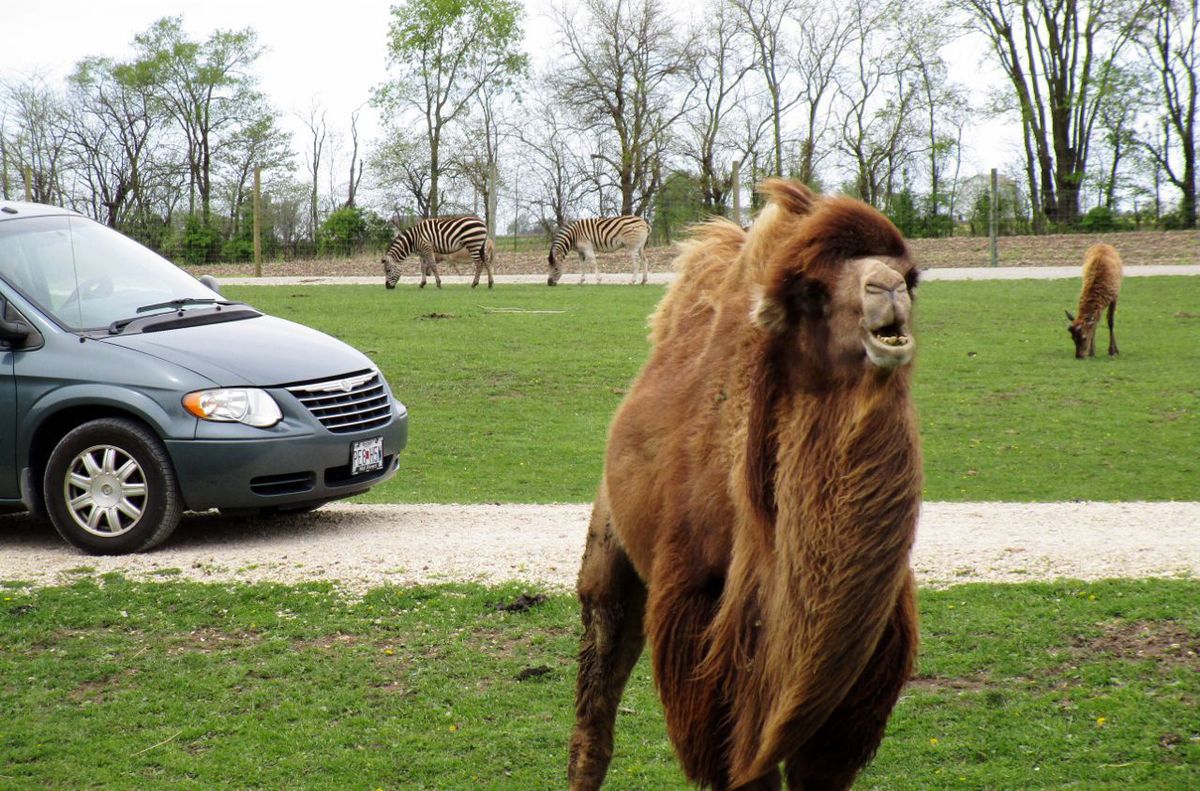 A walk-thru adventure through the wildlife adventure allows you to watch red kangaroos, cavies, hyenas, wallabies, ring-tailed lemurs, and many more animals. It has a large Petting Zoo area too. 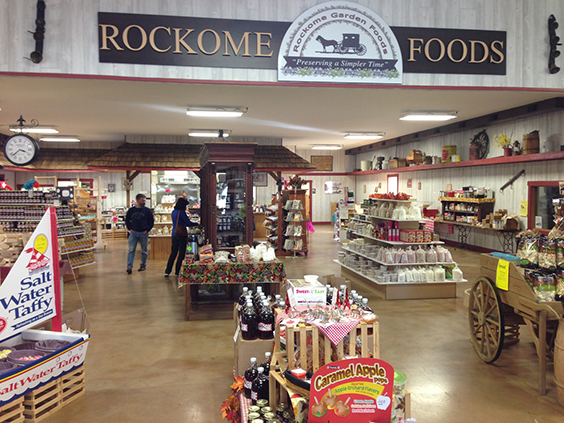 A number of original installations have now been removed and auctioned, and only a small portion of the park remains. Some of its buildings have been preserved for wedding ceremonies. And the Rockome Gardens Foods store is still open.