Ireland is an island nation that has several scenic spots and historic sites. Check out some of the best tourist places in this wonderful European country. 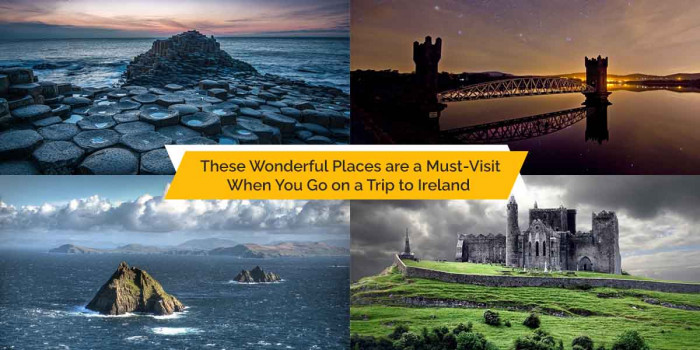 Ireland is a beautiful island nation in North Atlantic on the westernmost edge of Europe, which is separated from Great Britain to its east by the North Channel, the Irish Sea, and St George's Channel.

And when it comes to the sceneries, various places in Ireland are so compelling and lovely that they are worth capturing. Everything in this beautiful country, from culture to history and local bays to valleys, is a sight to behold.

Explore this ravishing place of wonderful gulfs and views and capture the amazing landscapes to add in your travel diary. 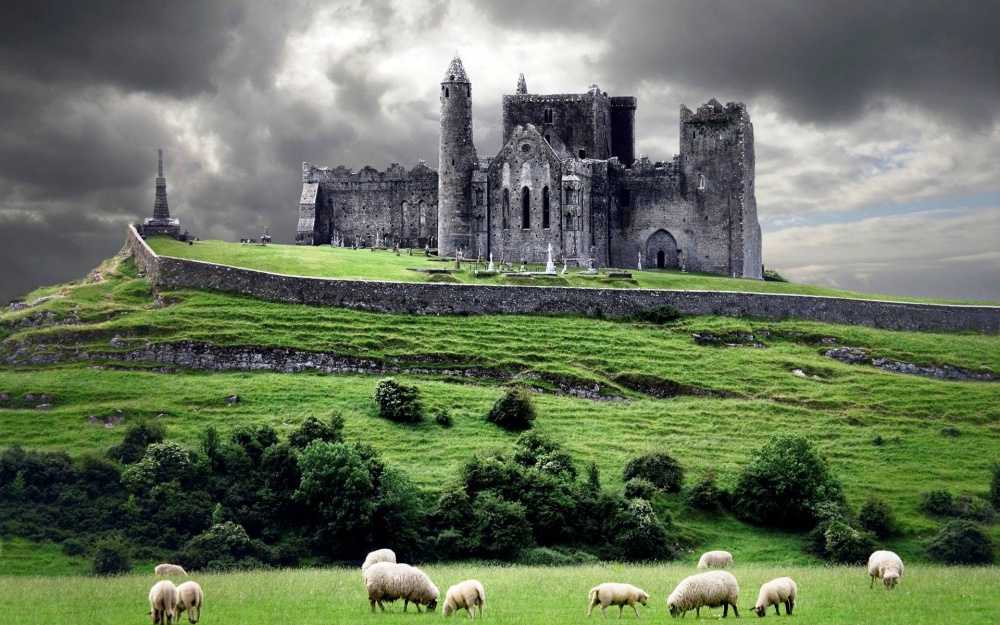 The amazing Rock of Cashel is an iconic site with great significance located in Cashel, County Tipperary. Also known as Cashel of the Kings and St. Patrick's Rock, it is located on a dramatic outcrop of limestone in the Golden Vale.

Dating back to the 12th and 13th century, most of the buildings in the current site include Cormac’s Chapel (the only surviving Romanesque frescoes), Irish  High Cross, the Round Tower, a 15th century Tower House, the Hall of the Vicars Choral, an abbey, and the Gothic Cathedral. It is regarded as the National Monument of Ireland. 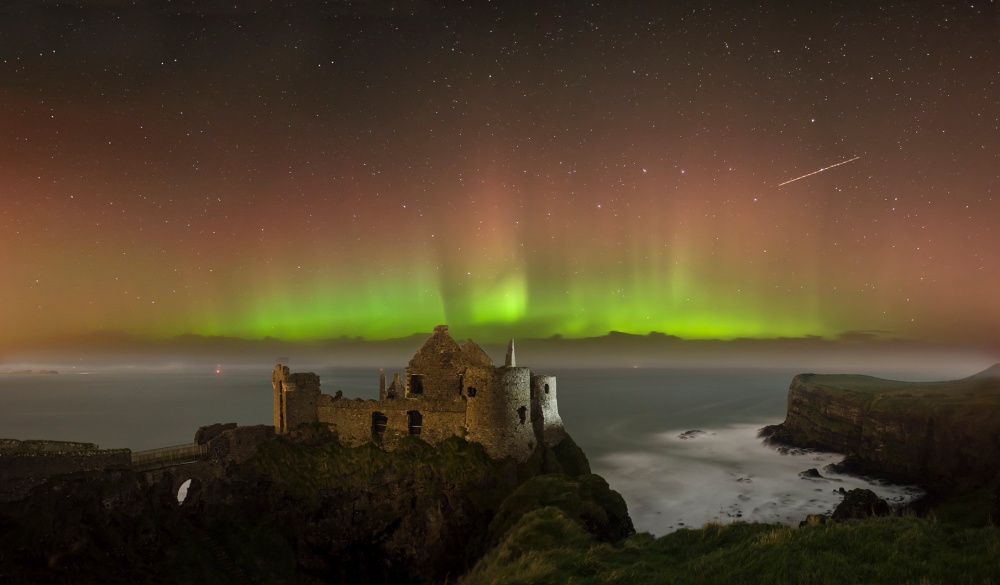 The now-ruined medieval castle in Northern Ireland, Dunluce Castle, used to be the seat of Clan McDonnell. Accessible via a bridge connecting to the mainland, this 13th-century castle is situated on the edge of a basalt outcropping in the County Antrim.

It has been a favorite spot in Ireland among people for capturing the Northern Lights (Aurora Borealis) over and above the Dunluce Castle.

3. The Cliffs of Moher, County Clare 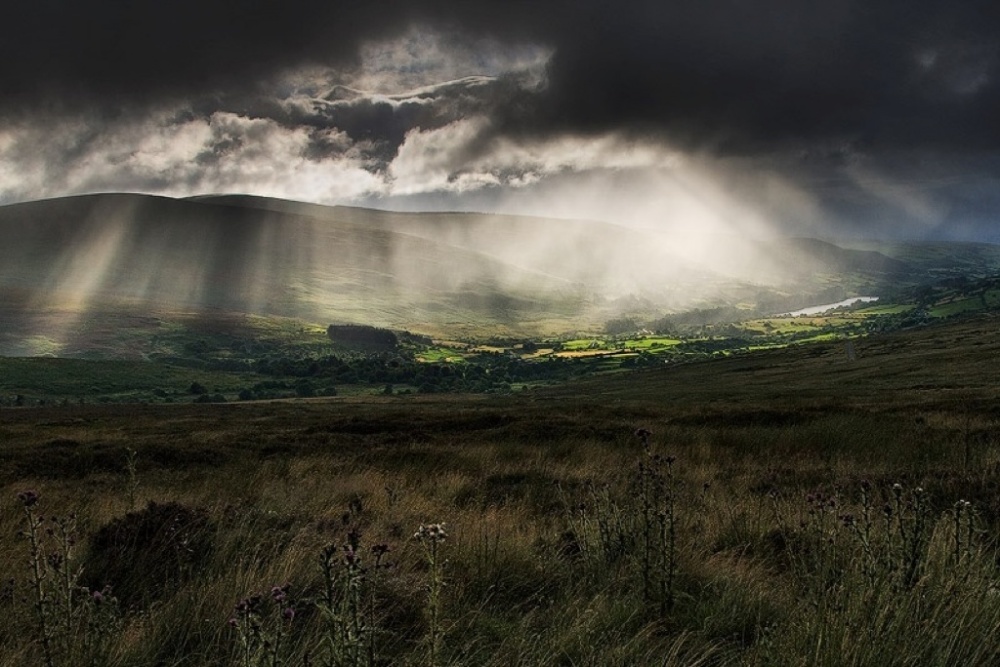 Look at the beautiful sun rays emanating from the clouds! The Cliffs of Moher are the sea cliffs situated on the southwestern edge of the Burren region in County Clare and are spread across 14 km.

They are at the north of O’Brien’s Tower - a round stone tower built in 1835 near the midpoint of the cliffs. No doubt why these cliffs rank among the most visited tourist sites in Ireland, having over 1.5 million visitors annually. 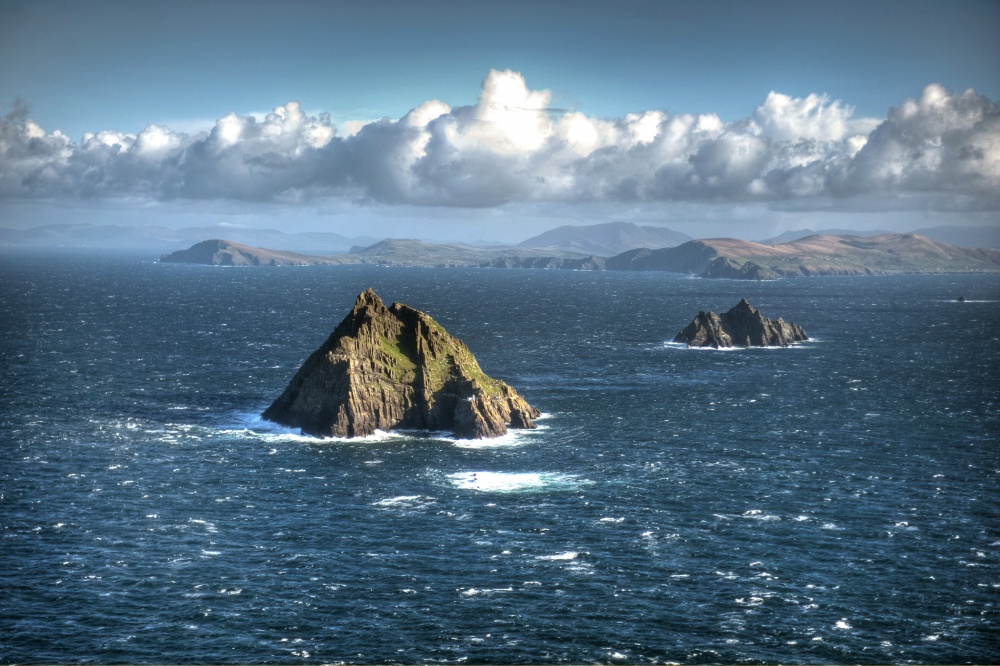 A twin pinnacled crag Skellig Michael or Great Skelling has located on the Iveragh Peninsula in County Kerry in the country of Ireland. In 1996, it was designated as the UNESCO World Heritage Site. Every year, over 11,000 tourists visit the island.

Due to it being remote and inaccessible, it is exceptionally well-preserved. Also, at least four boat licenses are given to tour operators annually, and they ran trips to Skellig Michael in the summers. These trips are almost 6-hour long. The dive seats sound the rock, mostly near about Blue Cove, are allowed in summer and prohibited during or windy season. 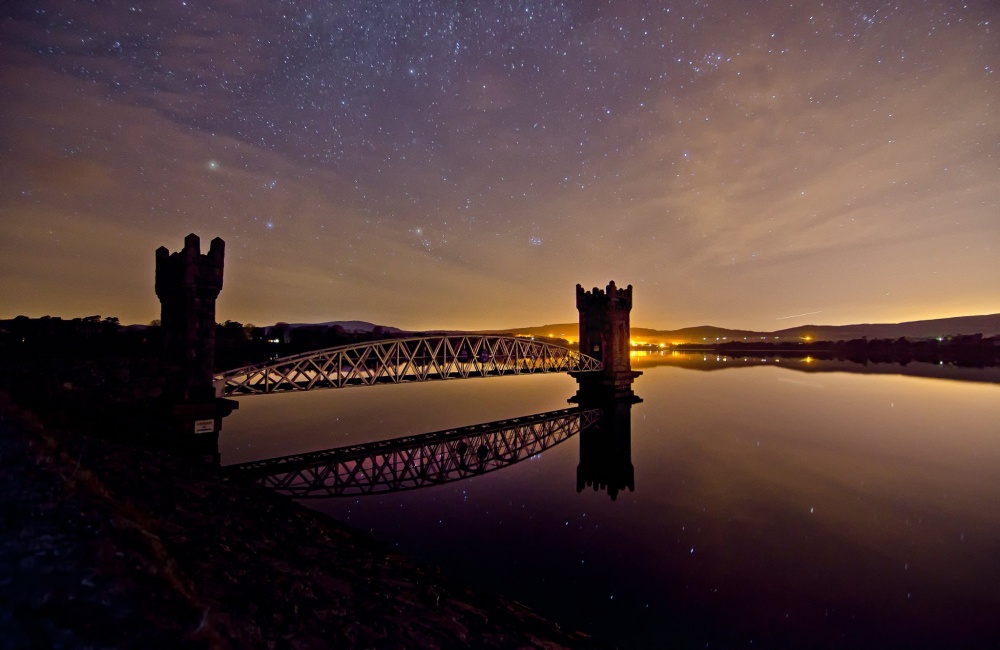 Doesn’t it look beautiful and starry? This bridge in the County Wicklow seems to be leading to the stars! The County of Wicklow is colloquially known as the “Garden of Ireland” and is a popular tourist destination.

It has various beautiful landscapes, hiking, walking, and climbing spots. The historic attractions include the ruins of the monastic city of Glendalough, Wicklow Gaol, and water-based activities on reservoirs and the coast.

The Wicklow Way is the oldest waymarked long-distance walking trail in the country of Ireland. Annually since 1982, the popular annual mass participation bike ride Wicklow 200 has been organized in the county. 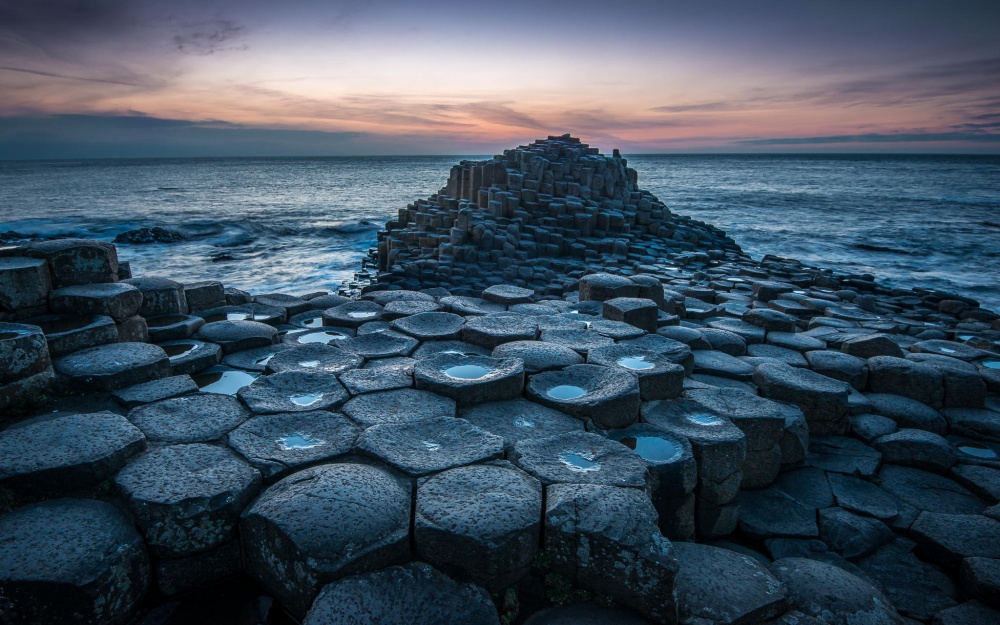 One of the most popular tourist sites in Northern Ireland, the Giant’s Causeway is an area of having nearly 40,000 interlocking basalt columns. In 1986, it was declared a UNESCO World Heritage Site and a national natural reserve in 1987. The UK named it the 4th greatest natural wonder in the UK. 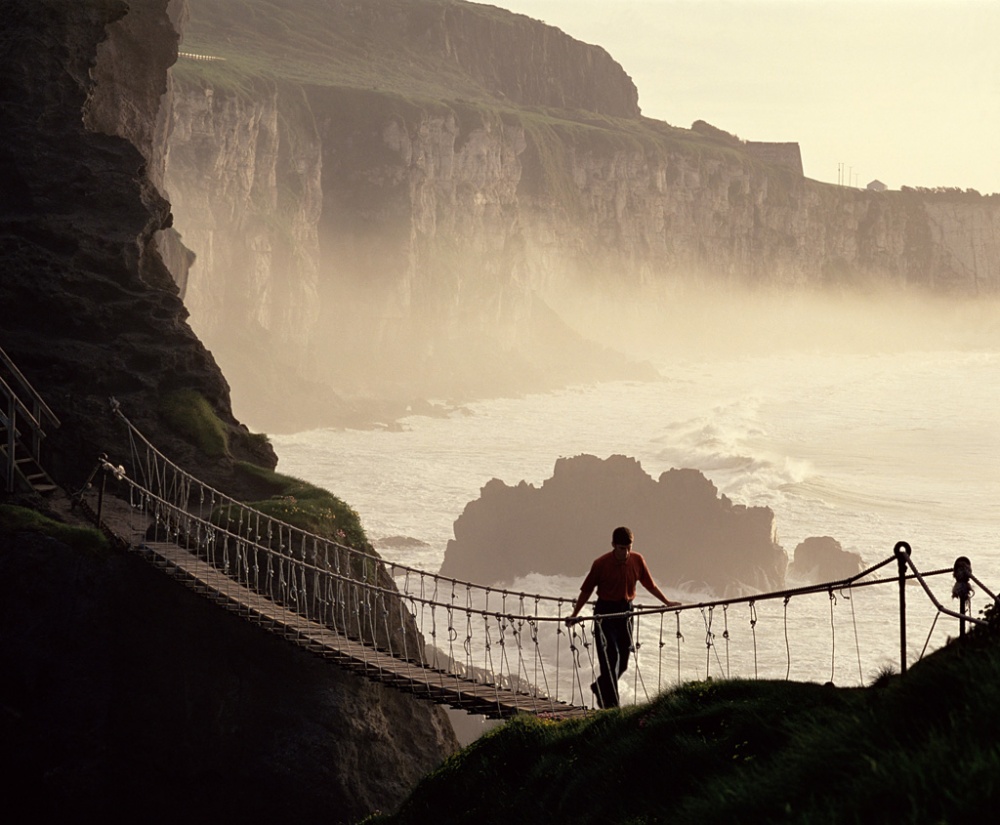 The Carrick-a-Rede Rope Bridge is a rope bridge near Ballintoy in County Antrim in Northern Ireland. The bridge connects the tiny island of Carrickarade. The National Trust maintains the bridge as a tourist attraction.

You can enjoy the views of Rathlin Island and Scotland from here. This site and the nearby area are designated as an Area of Special Scientific Interest as its unique geology, flora, and fauna. It allows free access and is open around the year.

If you ever plan to visit Ireland, make sure you explore these Irish landmarks and capture them to keep as a memory! 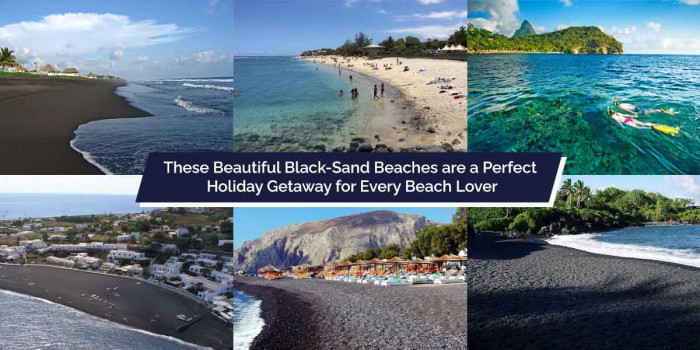