The iconic story of star-crossed lovers Romeo and Juliet by celebrated poet & playwright, William Shakespeare, is known across the world. The famous balcony at the House of Juliet or La Casa di Giulietta in Verona, Italy, is a pilgrim of lovers. 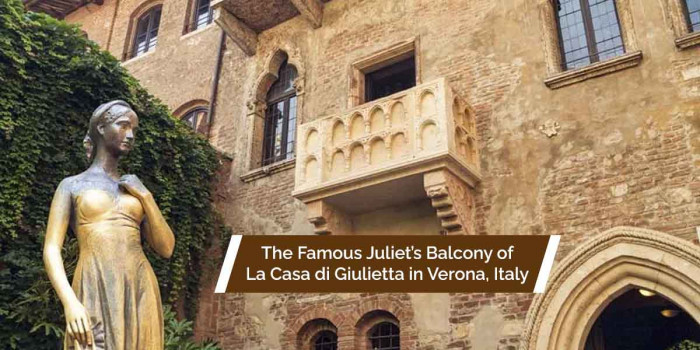 Do you know that a balcony at the House of Juliet in the Italian city of Verona is where the iconic fictional character Romeo proposed Juliet?

Well, we all know that the star-crossed lovers, Romeo and Juliet, are fictional characters of the famous English poet-playwright, William Shakespeare, and their tragic love story is widely and very fondly read and staged across the world. Despite it being inspired by a work of fiction, lovers around the globe idolize Romeo-Juliet, turn fantasy into reality, and look up to them as a real inspiration for immortal love.

Every year, millions of travelers flock down here to see this iconic balcony, where Juliet is believed to have stood while Romeo declared his love. The wealthy family of ‘Cappello’ bought the house in 1905 and lived in a grand house, which was named Juliet’s House or ‘La Casa di Giulietta’ by the city burghers as Capello sounds similar to Capulet (Juliet’s surname in the famous play).

Let’s know more about the history and fascinating facts about this epitome of eternal love. 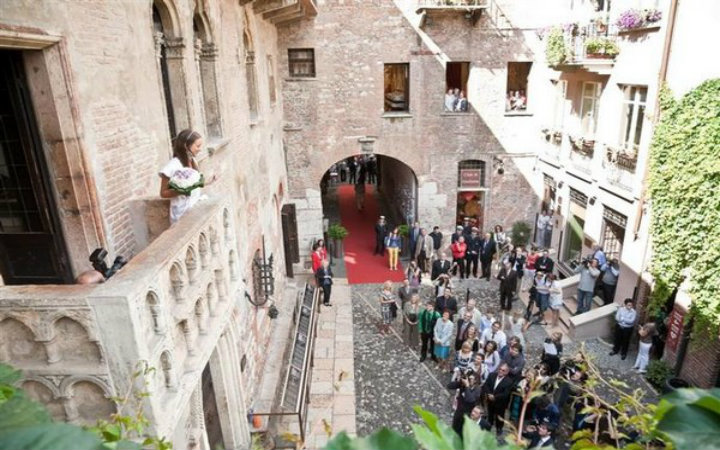 The “House of Juliet” balcony was built in the 13th century, but the balcony that opens in the courtyard was not originally present in the house and got cobbled from the pieces of the 17th-century sarcophagus and was added in the 20th century. It dates back to the 14th century and is a great example of Gothic architecture.

Every year, hundreds of girls step out into the balcony and gaze below to seek their Romeo among the millions of boys in the world.

Also, people send emails/mails to Juliet of Verona. Opposite Juliet’s balcony, a local volunteer group who call themselves the Secretaires of Juliet at Club Di Giulietta dedicatedly responds to thousands of letters that come every year from people from across the world, seeking romantic advice. 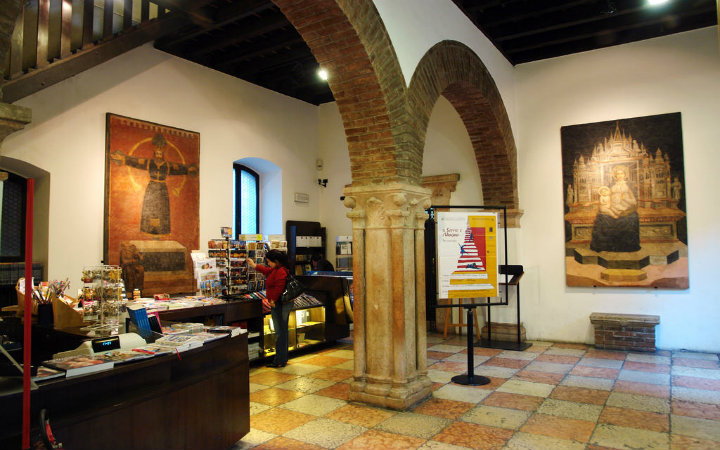 The inside of the house is converted into a museum filled with authentic artifacts from the Renaissance era that makes visitors fascinated and emotional at the same time.

It also has the actual bed that was used in Franco Zeffirelli’s 1968 film adaptation of the love story. Its gift shop is the best and most notable part of the house.

There is a bronze statue of Juliet in the courtyard, and as a popular ritual, people rub their hands on the right breast for luck in love. It has resulted in it developing a beautiful patina. 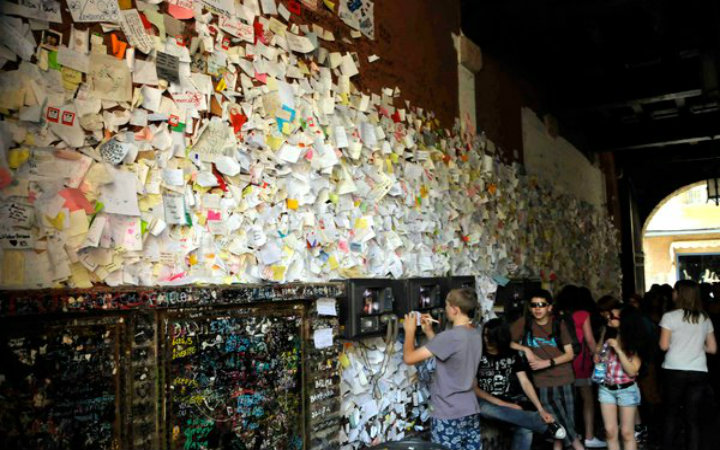 It is believed that if you leave graffiti scribbles or stick a love note or letter in the courtyard below the balcony, you will be united with your true love and will stay together forever.

Several people also leave their mark through graffiti and stick chewing gum to the walls. These notes include stories of visitors’ past, their issues, and hopes for the future. This custom inspired the 2010 Hollywood film Letters to Juliet.

And some of the blobs of gum are shaped into crude hearts. However, the Verona city council laid new regulations (a fine of 500 Euros is imposed) to prevent it as the gum is ruining the walls and have provided removable wooden panels.

Verona is one of the most beautiful, refined, and ancient cities and tourist attractions located in Italy. It’s intriguing how a figment of Shakespeare’s imagination is now pivotal to Verona’s tourism industry.

So whenever you visit it, make sure you do explore this pilgrimage site of star-crossed lovers with your loved one. We’re sure that this classic romantic landmark would remind you of the fact that lovers die, but love never dies!