Let us read how different countries celebrate harvest festivals and what their traditions are. 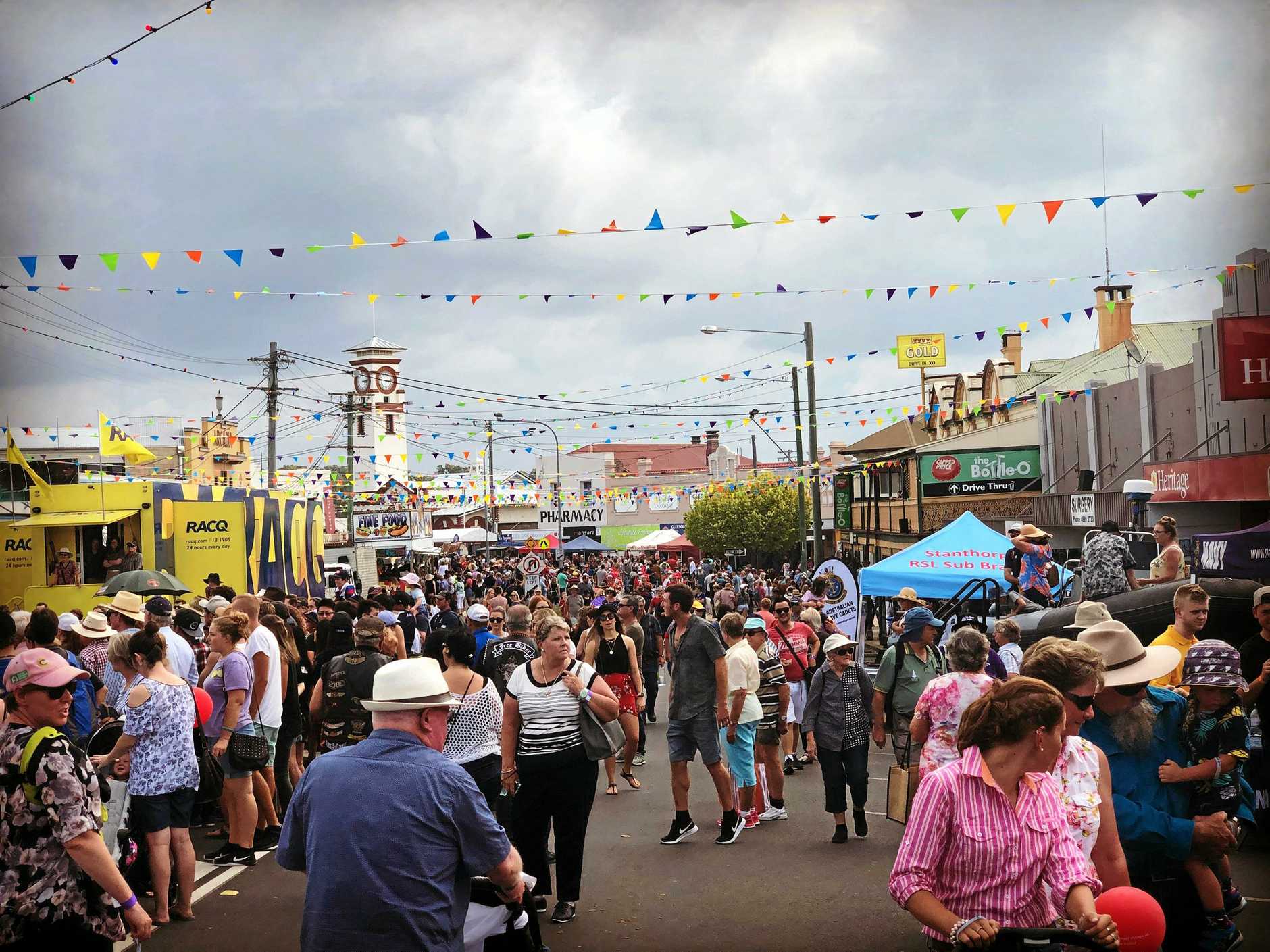 It is a biennial festival held in Stanthorpe, Queensland, Australia. Locals here celebrate this harvest festival on the first weekend of March and host nearly 60,000 to 80,000 people. The festivities include Seasonal Harvest Tours and Harvest Fests, where people can enjoy cheese and wines, a street parade, and a celebrity grape crush.

In 2009, as a part of the Q 150 celebrations, this festival was announced as one of the Q150 icons of Queensland. This festival attracts people of all ages and offers something for everyone. 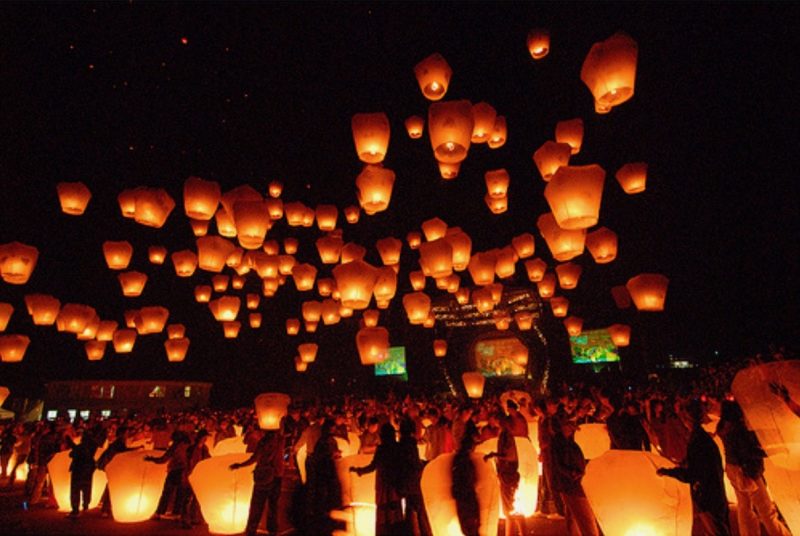 This Mid Autumn Festival is celebrated by East and Southeast Asian people. It is the most important holiday after Chinese New Year. The Chinese have been celebrating this harvest festival since the Shang Dynasty for over 3000 years. This celebration is called Chuseok in Korea and Tsukimi in Japan.

The event is held on the 15th and 8th of the month of the Chinese calendar. Chinese believe that the moon is at its brightest and coincides with harvest time in the middle of Autumn. The festival celebrates the gathering of people, harvest crops for the festival, pray for the spouse, child, and a good future. The important part of this harvest festival is moon worship.

The festival enjoys the successful reaping of rice with food offerings in honor of the moon. In Vietnam, children participate in parades under the full moon with lanterns of different shapes and colors. The dishes served on this occasion included nine-joined lotus roots, which symbolizes peace.

Teacups were placed on stone tablets in the garden, and people waited for the moment when the full moon’s reflection appeared in the center of their cups. Food offerings are placed on an altar set up in the courtyard. Nowadays, people in Southern China also eat seasonal fruit that might differ in different districts. In some parts, dances are organized for men and women to find partners. Today, people use this holiday as a way to meet with friends and enjoy mooncakes while watching the moon. 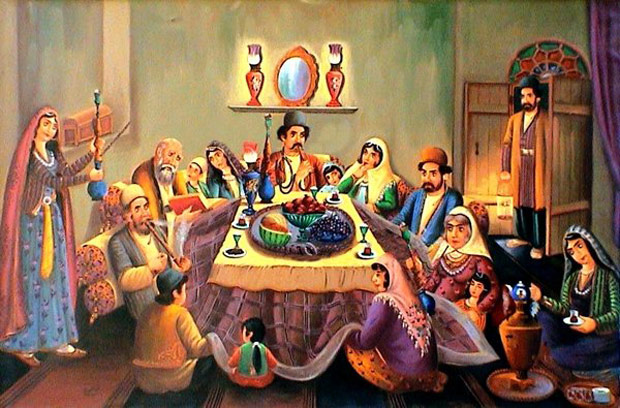 The history of Mehregan is different from other festivals. It is a Persian festival celebrated to honor the yazata Mithra. By the 4th century BCE, it was observed as one of the name-day feasts. Name-day feasts are celebrated on the day of the year when the day name and month name dedicated to a divinity intersect.

In ancient times, Mehregan was celebrated in the lavish style at Persepolis. People from different parts of the Persian Empire brought gifts for the king, contributing to this festival. Today, people wear new clothes, set the colorful tables, decorate their houses, and prepare delicious cuisines.

Lotus seeds and silver coins are placed in a dish of water scented with marjoram extract. At lunchtime, when the ceremony begins, people stand in front of the mirror to pray. Then they drink sharbat and throw a handful of lotus seeds and plum over each other's heads. 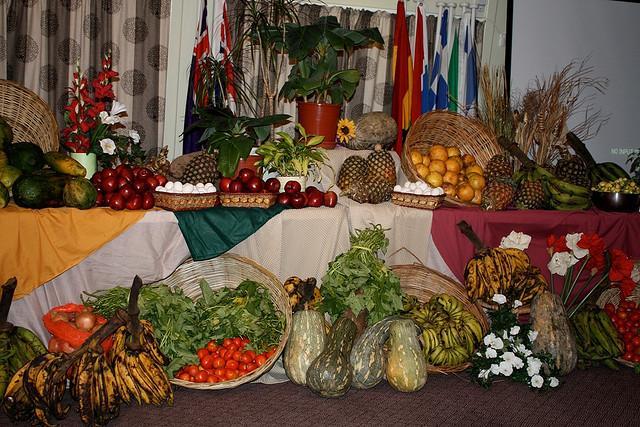 It is a day celebrated with family on the first Thursday of November. It is a day for Liberians to give thanks for freedom and the funding for their country. This Thanksgiving festival in Liberia started back in 1820 when black slaves from America started colonizing the area.

The festival also provides an opportunity for Liberians to be grateful for things life has offered them. People meet with family, eat chicken, mashed cassavas, and green bean casserole. Also, they enjoy music and dance during Thanksgiving day. 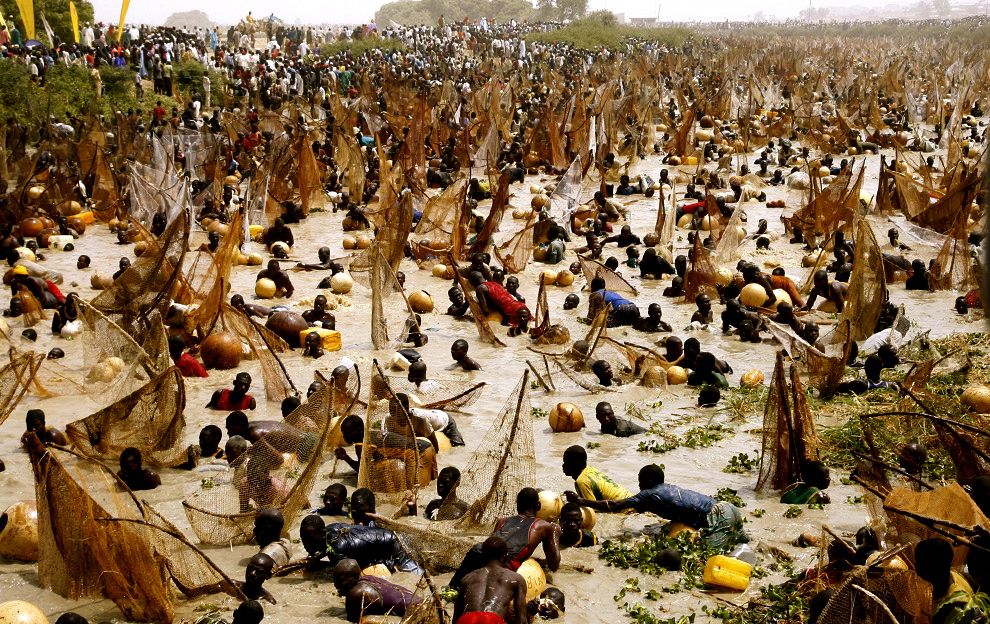 Argungu Dance Festival or Argungu Fishing Festival is a four-day festival in the state of Kebbi, in the northwestern part of Northern Nigeria. The festival marks the end of the hostility between the Kebbi Kingdom and the Sokoto Caliphate that had lasted for centuries. On the last (final) day of the festival, several men and women jump into the river to catch the largest fish in an hour.

The one who catches the largest fish takes 7,500 USD home. The game has certain rules, and only traditional fishing tools are allowed. However, in 2006, the festival was banned due to safety concerns. The importance of this festival has led the government to conserve fish stock by prohibiting the use of gill nets.

The festival preserves tradition and promotes conservation. This festival takes place in February and marks the start of the fishing season. It is a four-day event and begins with an agricultural show, traditional Kebbawa entertainment, and ends with a fishing competition in the Mata Fadan River. 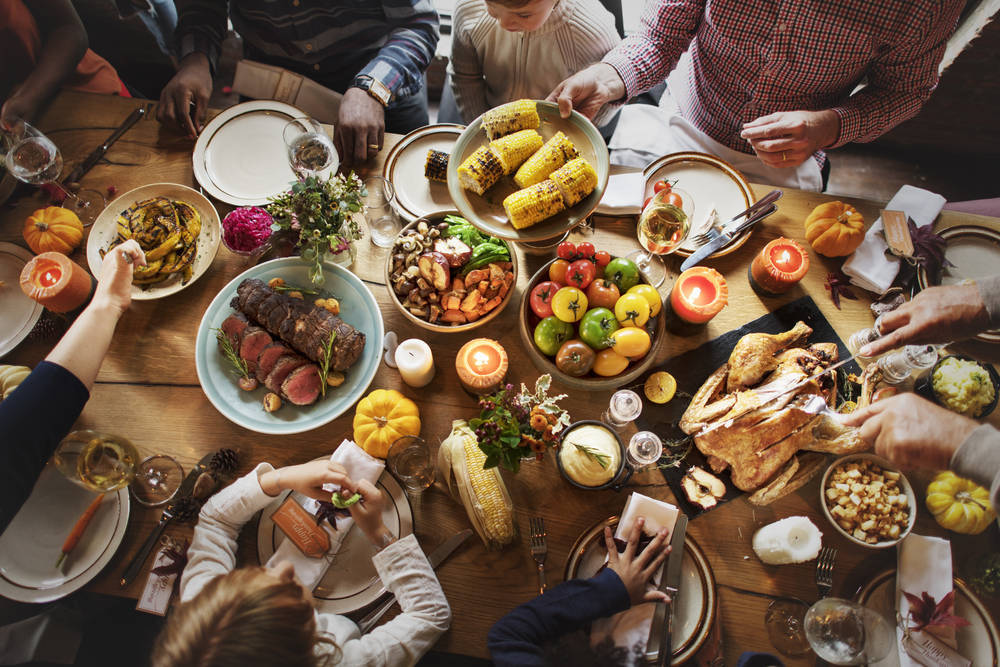 The day is celebrated by attending Church services and enjoying lunch with family and friends. Norfolk Island is one of the few beautiful places outside the United States where people enjoy a holiday for Thanksgiving. The American Whaling Ships brought with them recipes like pumpkin pie and cornbread. 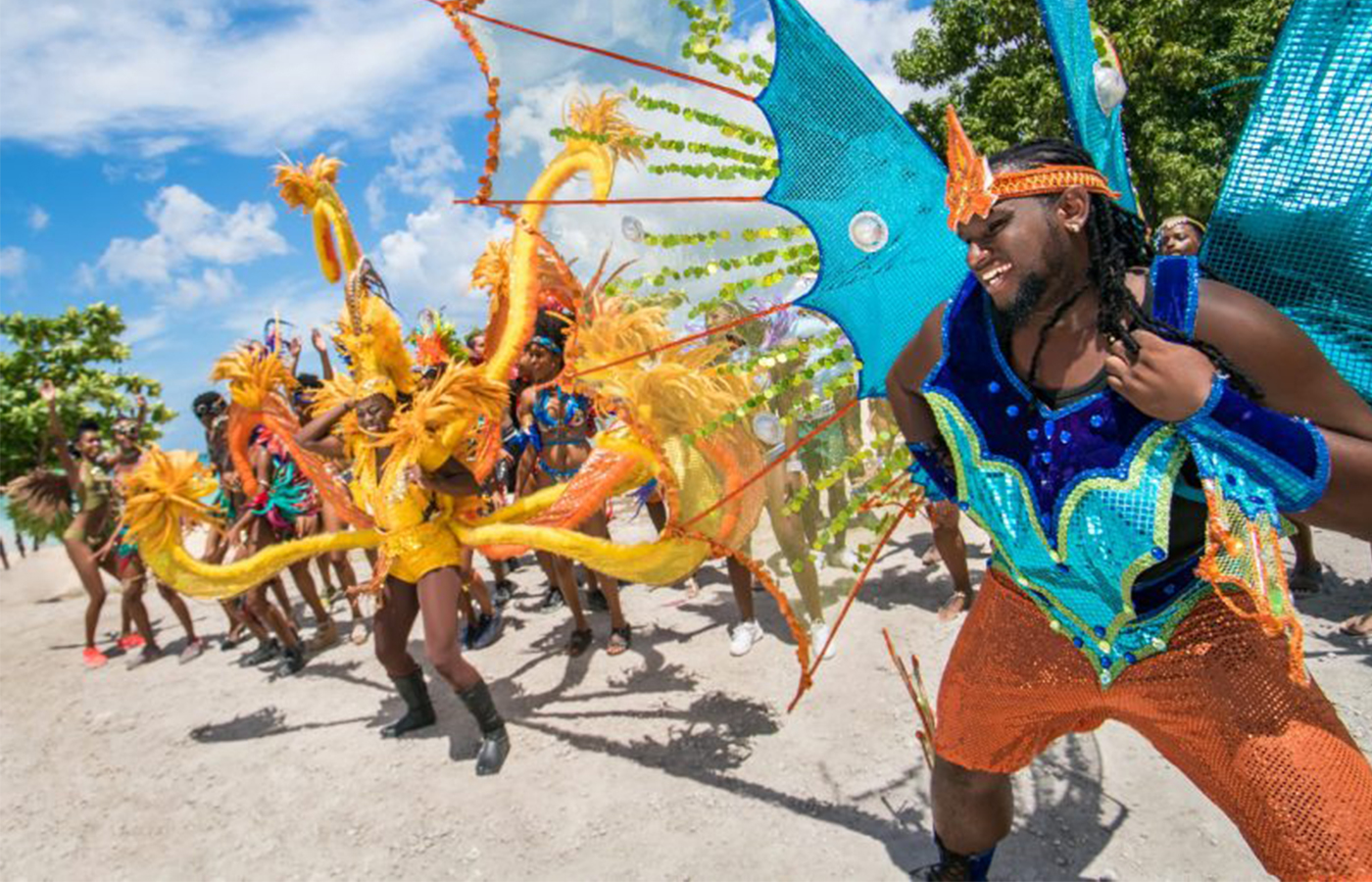 Barbados Crop Over is a traditional festival that began in 1687 to mark the end of the yearly harvest. However, it was widespread throughout the region, including Jamaica, St. Vincent, and others. Crop Over was organized as a national festival in 1974 by local stakeholders as a way to attract people to the island.

Earlier, every year, the locals there would organize a celebration depicting the end of another successful harvest. After 1974, it added more aspects to the culture and became a popular festival known today.

During the festival, the Bridgetown market features several stalls and sells food and beverages along with local arts and crafts. The children can be seen wearing beautiful costumes and enjoying themselves with their friends.

Besides this, folk concerts and photographic exhibitions are the highlights of the festival and show Barbadian history and culture. Also, read about these popular art & cultural festivals celebrated uniquely in the world. 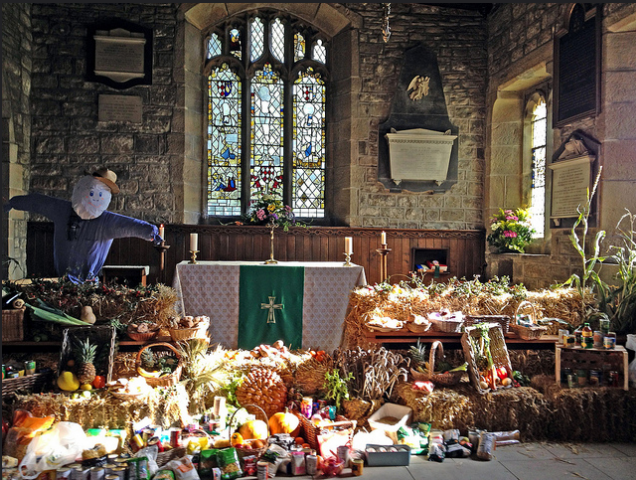 In the UK, the harvest festival is celebrated on Sunday near the harvest moon. It is believed that the first Harvest Festival was started by Vicar Robert Stephen Hawker by inviting his congregants together to receive “the bread of the new corn.”

People prepare meat, vegetables, puddings, and other cuisines to celebrate the festival. Also, this festival reminds Christians of all the beautiful things they have by the grace of God.

In schools and churches, people bring food from home to Harvest Festival Service. The festival usually takes place during September after the harvesting of crops gets finished. The altar in the churches is decorated with vases that collect berries, flowers, and autumn leaves. People also come to Church to say prayers and sing hymns. 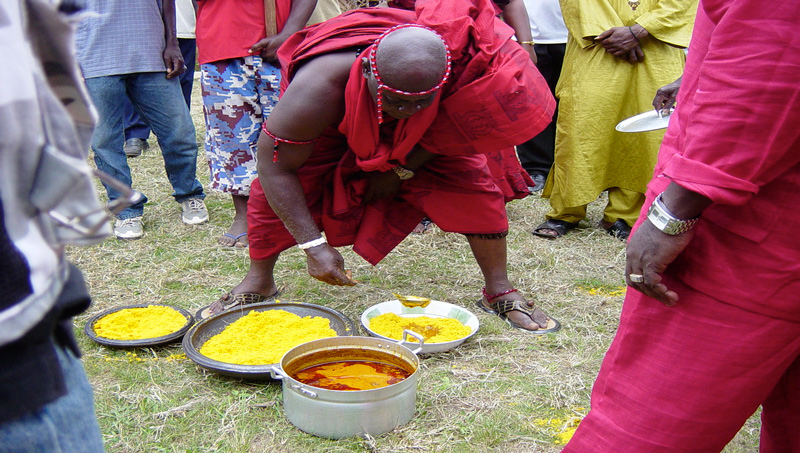 The festival begins in May and is celebrated by the Ga people of Ghana. It is celebrated in the towns of Ga state with the planting of maize, which will be used in preparing the food for the festival named Kpekple. The meal is eaten with palm nut soup (soup made from palm fruit). The celebration includes marching down roads, face painting, and traditional dances. The Erntedankfest is an annual celebration that attracts tourists from around the world to thank God for the gifts of harvest. It is an important part of Urdenbach's tradition and also one of the important events in the South of Dusseldorf and the Rheinland.

The Erntedankfest parade is held on the first Sunday of 29th September. On Saturday, the majority of people do preparations for the parade on Sunday. 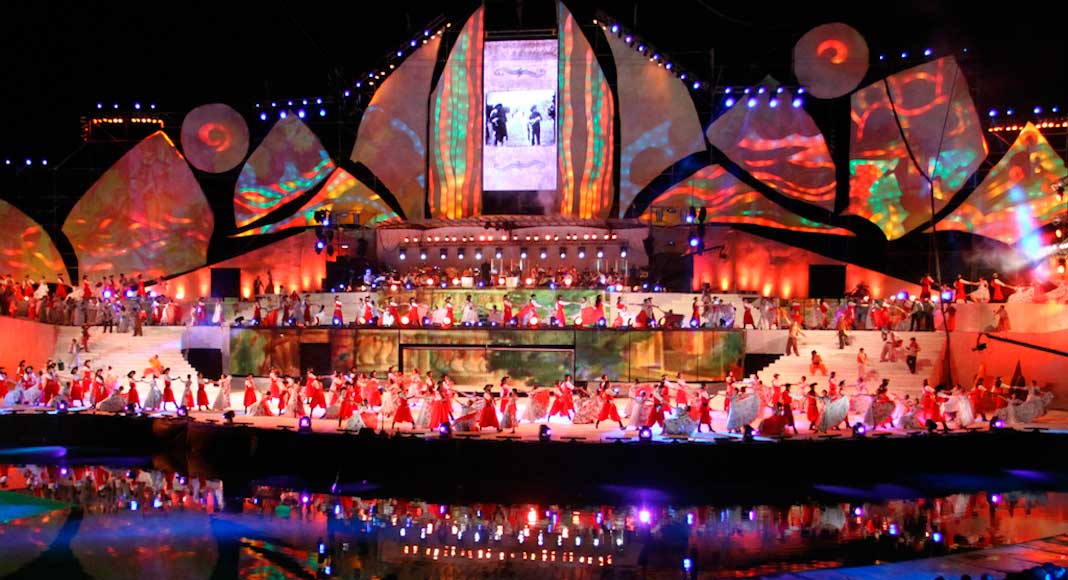 On the last Sunday of February, the Archbishop of Mendoza sprinkles the season’s first grapes with water and offers the vintage to God. Fiesta Nacional de la Vendimia or The Grape Harvest National Festival is one of the important festivals in the country and is a celebration of wine and the winemaking industry.

The main event occurs in the first week of March in Mendoza city and features several dancers and performers and a fireworks display. On the evening of Friday, the prettiest woman elected as queens from the departmental parade in chariots through the streets of Mendoza dressed in beautiful outfits to celebrate the winemaking tradition. The show features entertainers and dancers before a Harvest Queen is chosen. 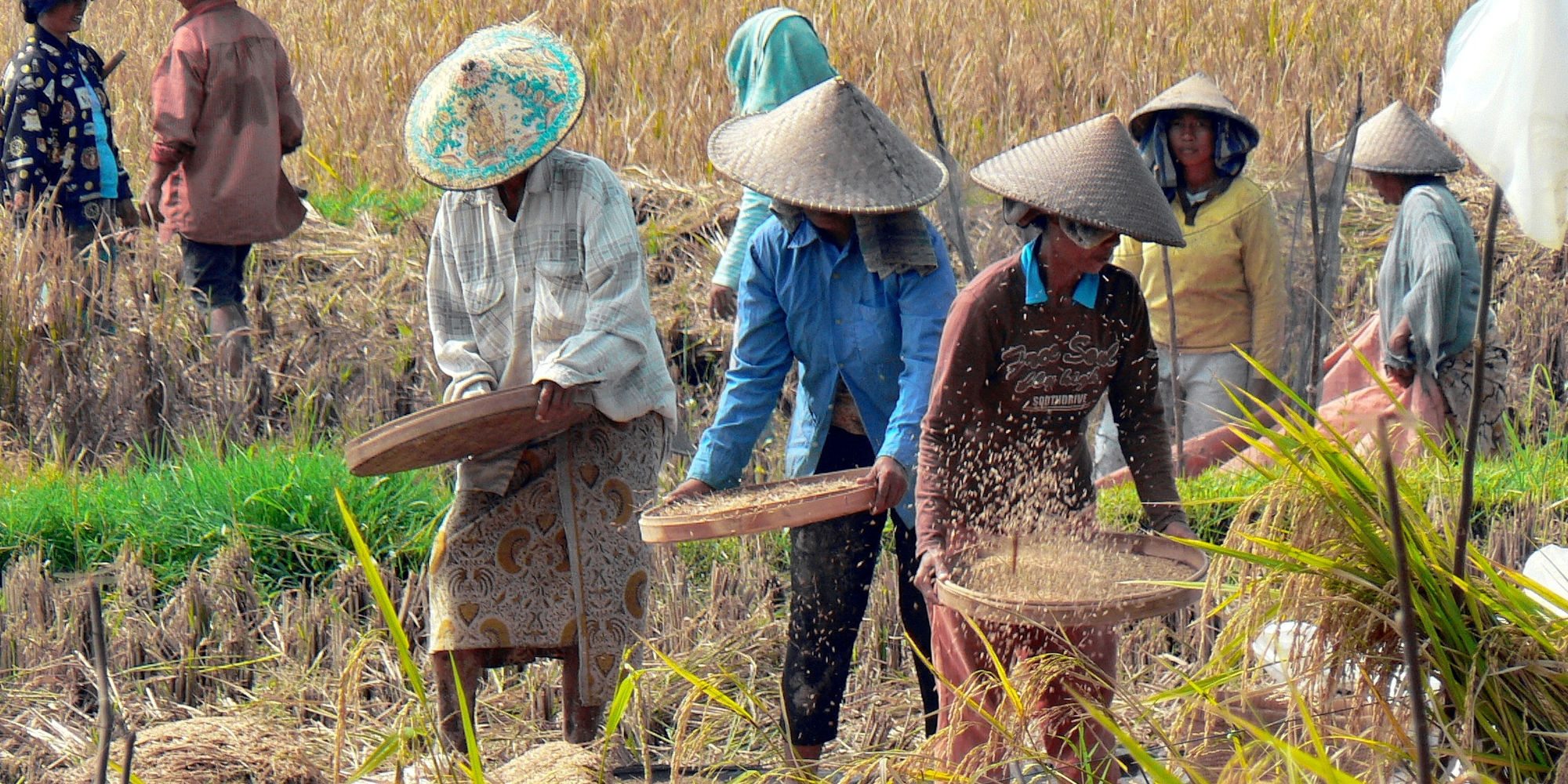 Rice is the staple crop of Bali. During the harvest festival, villages are decorated with flags, and bamboo temples dedicated to the goddess are erected upstream. Small dolls of rice stalks representing Dewi Sri are also placed in granaries.

The tourists are invited to join in on the festivities, and traditional food is made in honor of Dewi Sri, the rice god. Another important part of this festival is the Negara Bull Race, where water buffaloes are decorated with flags, and the shrine of Dewi is erected in rice paddles. Here are other animals worshipped in different cultures.

Lammas initiate the beginning of the Harvest season. Early Britons baked bread from the new crop to leave on church altars. Lammas Day, also known as Loaf Mass Day, is a Christain holiday celebrated in English-speaking countries in the Northern Hemisphere.

On Loaf Mass Day, it is a tradition to bring to a Christian Church a loaf made from a new crop, which began to be harvested at Lammastide. 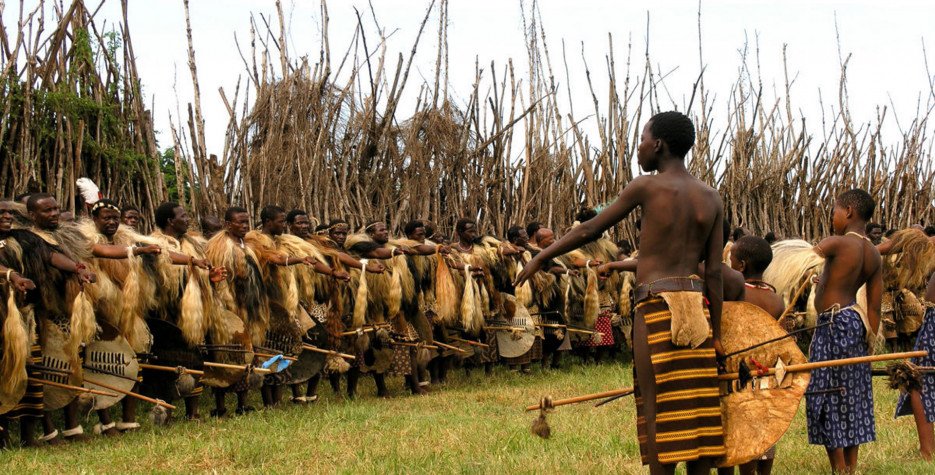 It is the main ritual of kingship in the Kingdom of Estawini. It is a national event that takes place during the summer solstice. The main participant in this festival is the King of Estawini. The ritual is managed by national priests because they fetch the river to strengthen the king. The leader of these men is the chief of the Ndwandwe clan from the Elwandle Royal village.

Be it a cultural or harvesting festival, each of them has its traditions and beliefs that are celebrated by locals and everyone in the world.

Do you know other things about harvest festivals and facts about them? If so, share them here!