These absurd publicity stunts by brands and individuals are remembered for several reasons.

Whether it is a start-up or an experienced company, everyone should advertise their services to make people aware of their brand. In marketing, sometimes a publicity stunt is designed to attract the public and event organizers about their cause.

A publicity stunt can be professionally organized or planned by beginners. The organizers seek publicity by attracting media coverage in the form of press conferences or world record attempts.

Publicity stunts aim to make people aware of the concept and service being marketed. Publicity stunts have a long history associated with brands. Those who can’t afford to spend a lot of money on promotions speak about their brand verbally and do mouth publicity.

Let’s check out a few publicity stunts that happened in history and are still remembered. 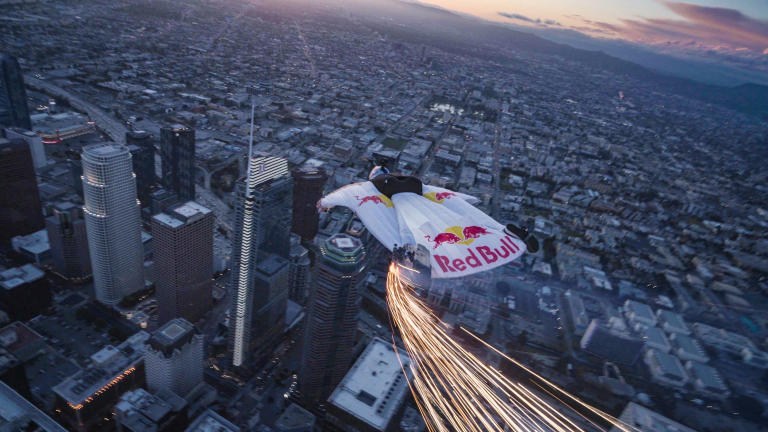 Red Bull is popular for its quirky antics and events. It hosted the most outlandish New Moon party in 2018. People in the event jumped from helicopters above the tallest buildings in Los Angeles. The event caused a stir in public because the jumpers dropped at sunset and left people on the ground to see comets or UFOs entering the city.

This event worked because Red Bull is known as the extreme child of caffeinated beverage companies, and even brand freaks didn’t think of something like this could happen. It did not only attract headlines but also created its image as exciting.

2. When KFC Ad was Visible from Space 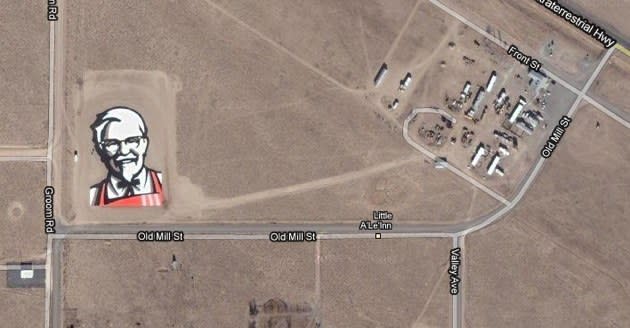 In 2006, KFC’s advertisement in space was the world’s first ad to be unveiled in outer space. It was an 87500 square foot image of the colonel created to launch KFC’s global rebrand. The advertisement consisted of colorful handmade tiles spreading across Rachel, Nevada. The president of KFC’s U.S. division, Gregg Dedrick, said,

“If there are extraterrestrials in outer space, KFC wants to become their restaurant of choice. One small step for mankind. One giant leap…for fried chicken.”

This publicity stunt attracted several outlets, reaffirming KFC as an oversized fixture in the food industry. KFC managed to work hard to do creative ad stunts and showed that fried chicken comes on the top of the list everywhere.

In 1999, 11 members of the Women’s Institute stripped to create a calendar. They do this publicity stunt to raise money for charity. The calendar featured women posing nude, covering their bodies with flower arrangements. Their efforts were appreciated and also inspired a hit movie. Over 80,000 copies of the calendar were sold and made this promotion a hit event. 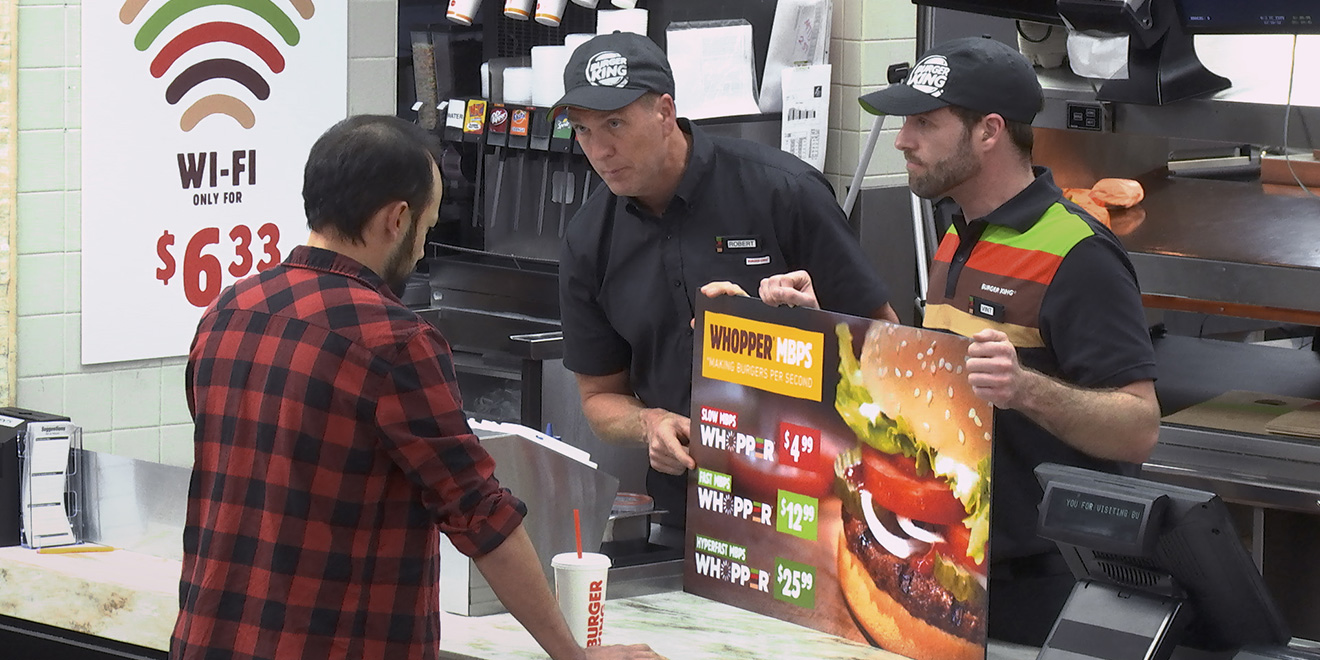 The famous food joint, Burger King, decided to troll the Trump administration after it repealed the neutrality law. Customers were charged for their Whoppers based on how much time it would take to deliver them. If customers want to pay less with a PR stunt, they would have to wait for a long time.

This publicity stunt worked because it was never advisable for companies to take political stands, but it worked here as Burger King didn’t show openly about a political position. The company recorded the stunt and then posted it online. The video went viral and gave Burger King lots of publicity.

The popular gambling website gnuf.com held the largest dice roll by dropping two dice weighing half a ton from the air onto a mountainside in Greenland. When people visit Gnuf, users could view the film of the dice on their journey down the mountain and bet on the result, which would be revealed a week later. 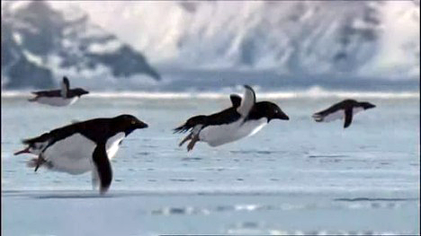 The BBC released the footage of flying penguins that were going to be featured in their series. However, the next day they admitted that the footage was a hoax and a part of an April fools stunt to promote their new catch-up service. PETA started a campaign with the message of Be comfortable in your skin. Let animals keep theirs. Several celebrities, along with models, posed nudes and then placed their photographs on billboards. The organization managed to win the celebrity vote and supported the slogan-

8. Nothing to “Wine” About at This Spa 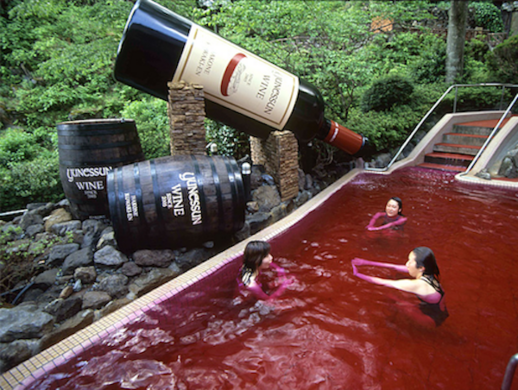 To celebrate the inauguration of a spa resort in Tokyo, the spa filled with wine allowed their guests to enjoy and splash in it. The resort also arranged a pool of green tea for the younger guests. 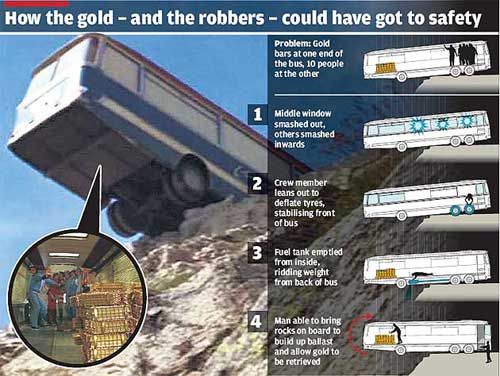 The Royal Society of Chemistry hosted a competition to see if anyone could solve the cliffhanger problem from the movie The Italian Job. The competition received over 2000 entries and gained media attention. The winner won a holiday in the city, Turin, where the film was directed. 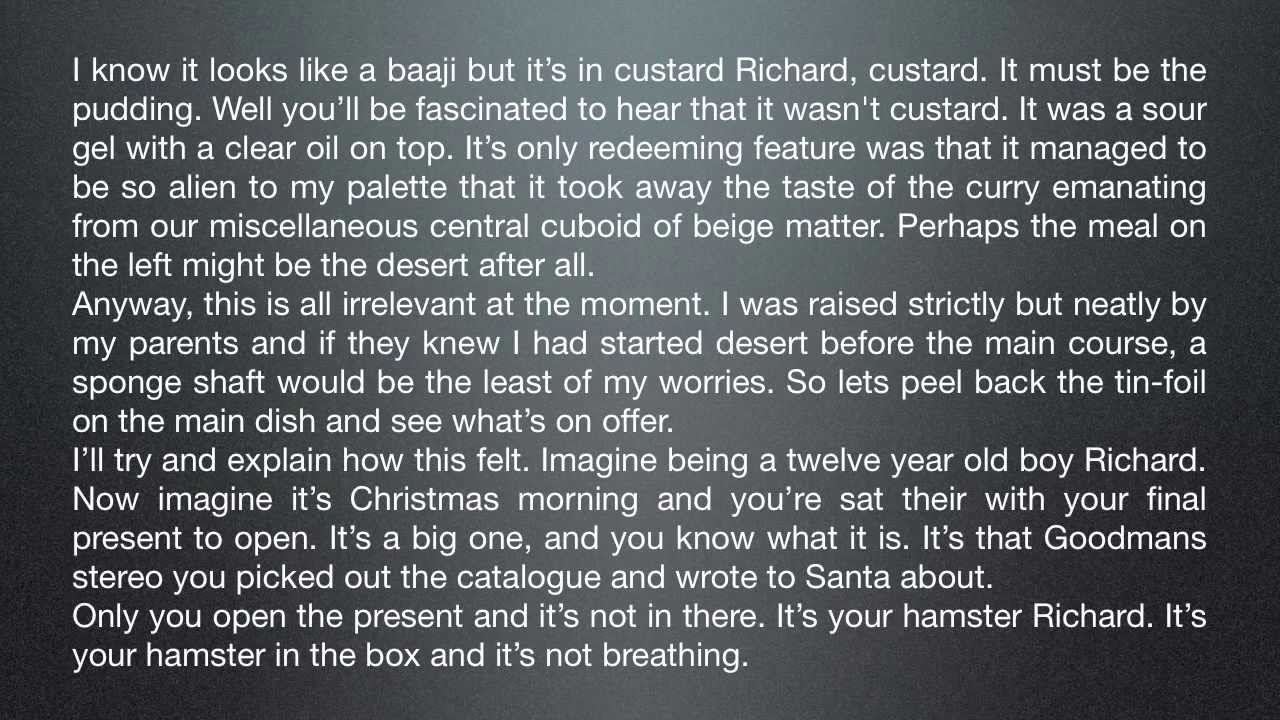 Once a customer complained to Branson of Virgin Airlines about how bad his experience was in flight regarding food. After the letter went viral on the internet, the airlines offered him a job as a food tester in the airline.

PETA wanted to show that vegetarians are better lovers. So, they hosted a makeout tour. 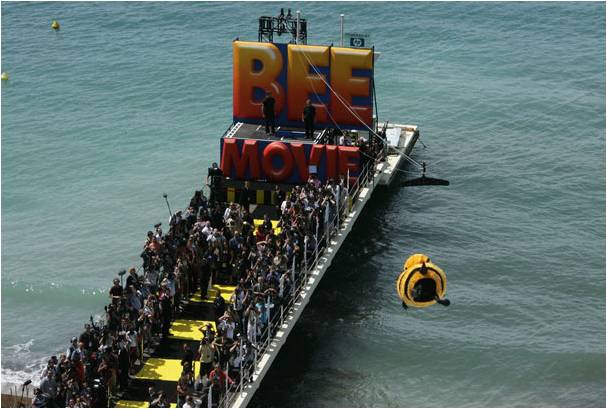 In 2007, at the Cannes Film Festival, Jerry Seinfield climbed to the top of the eight-story Carlton Hotel, dressed in a giant bee costume. After half an hour, he zoomed down a 126-meter wire which took him across a four-lane road to the beach pier, where the international media were assembled. 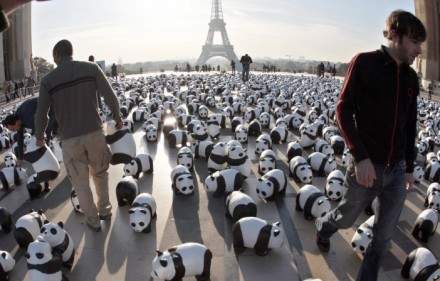 To show people how many pandas are alive in the world and also draw attention to environmental issues, the WWF placed over 1600 paper machine panda bears in front of the Eiffel Tower.

14. Treasure Hunt in the Graveyard 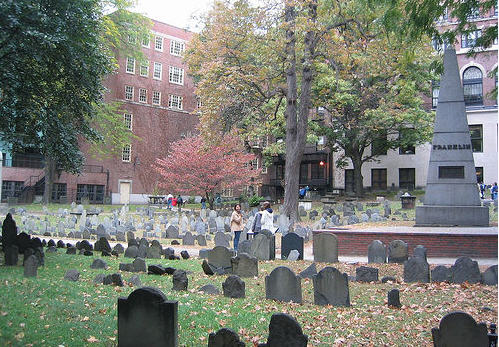 Dr. Pepper hosted a scavenger event in Boston’s Granary Burying Ground, where participants would look for a coin. The day when the clue was given to the public, the cemetery was closed due to heavy ice.

When the cemetery officials heard about the hunt and rushed to find the coin, they got the opportunity to ravage the historic burying ground. The team found the coin near the entrance of a 200-year-old crypt, and Dr. Pepper apologized for the trouble caused. 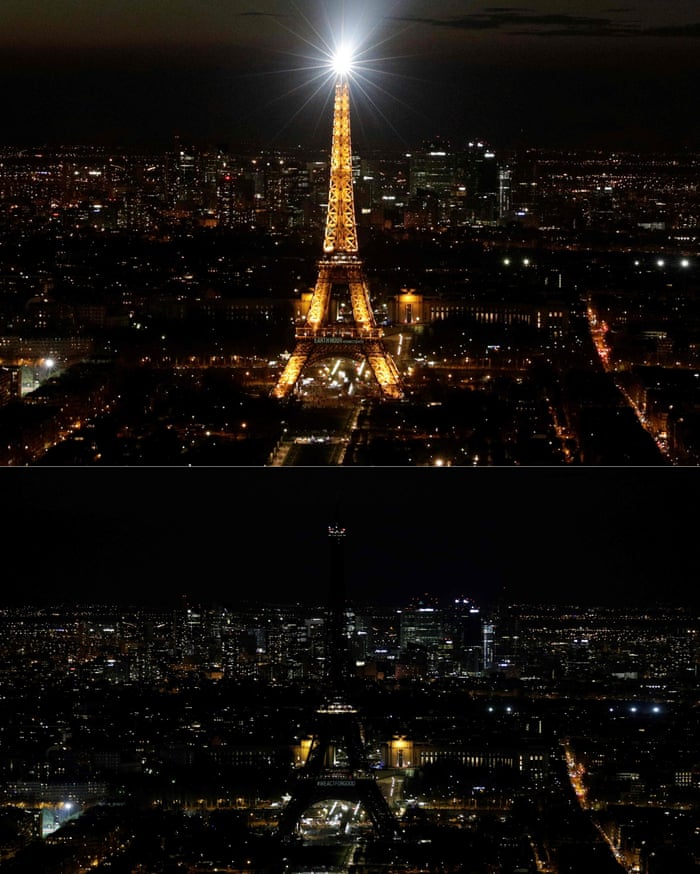 To raise awareness of global warming, people turned off their lights on Earth Hour. The event focused on saving power, and several landmarks joined in the darkness. The Earth Hour is the tradition of shutting down electric lights for one hour.

This tradition was started by the World Wide Fund for Nature. The first Earth Hour was organized in Sydney in 2007 and encouraged over 2 million people to turn their lights off for an hour. 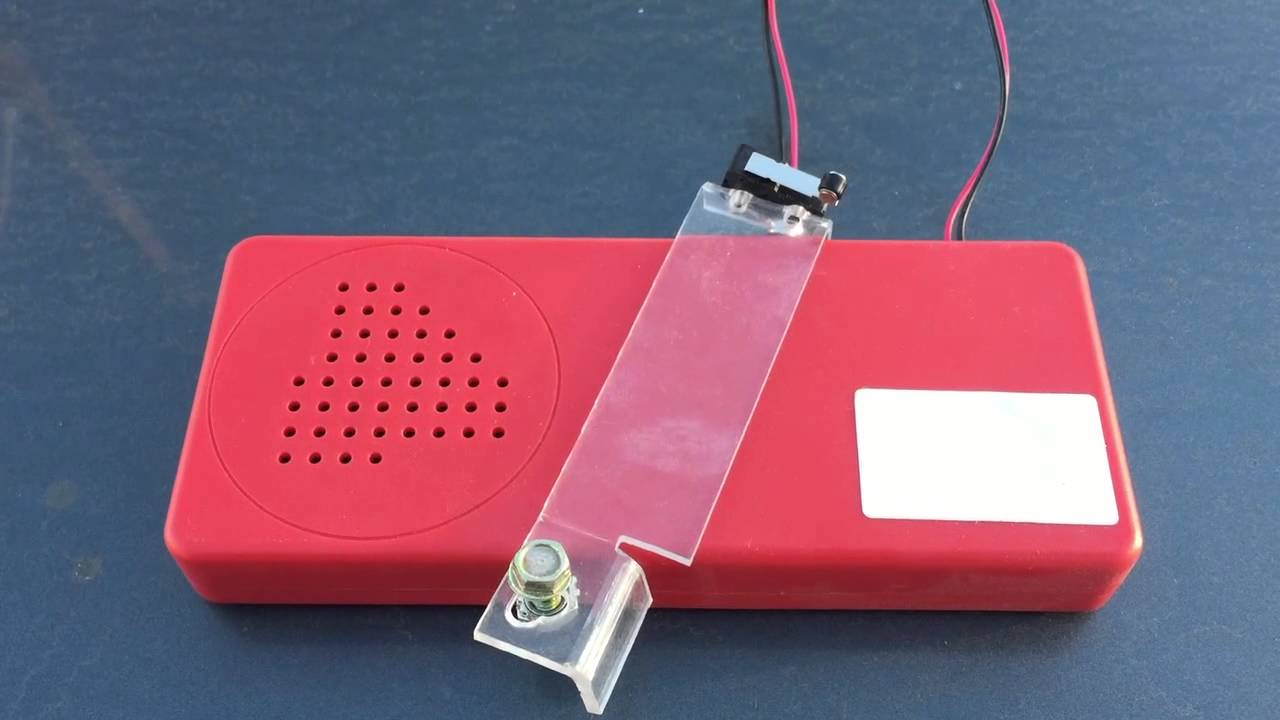 Red wired boxes that played an important part in Mission Impossible theme song were installed on newspaper racks in L.A. People viewed this publicity stunt of red wired boxes as a bomb scare and called the police. The police ensured that it was not a threat. LaPerruque, security manager for the Times, said,

“With the wires leading to the micro-switch on the news rack doors, I can easily see how someone might have misconstrued it as an improvised explosive device.”

This publicity stunt by a Beer company dropped thousands of beer bottles into the ocean with promotional messages. They did this, hoping that people on the beach would become their customers.

Over 8 million people come together from across 16 states in the US to form a chain raising money for homeless and hungry people. Each person paid $10 for their spot in line. This publicity stunt benefitted homeless people and also made people aware of their needs. 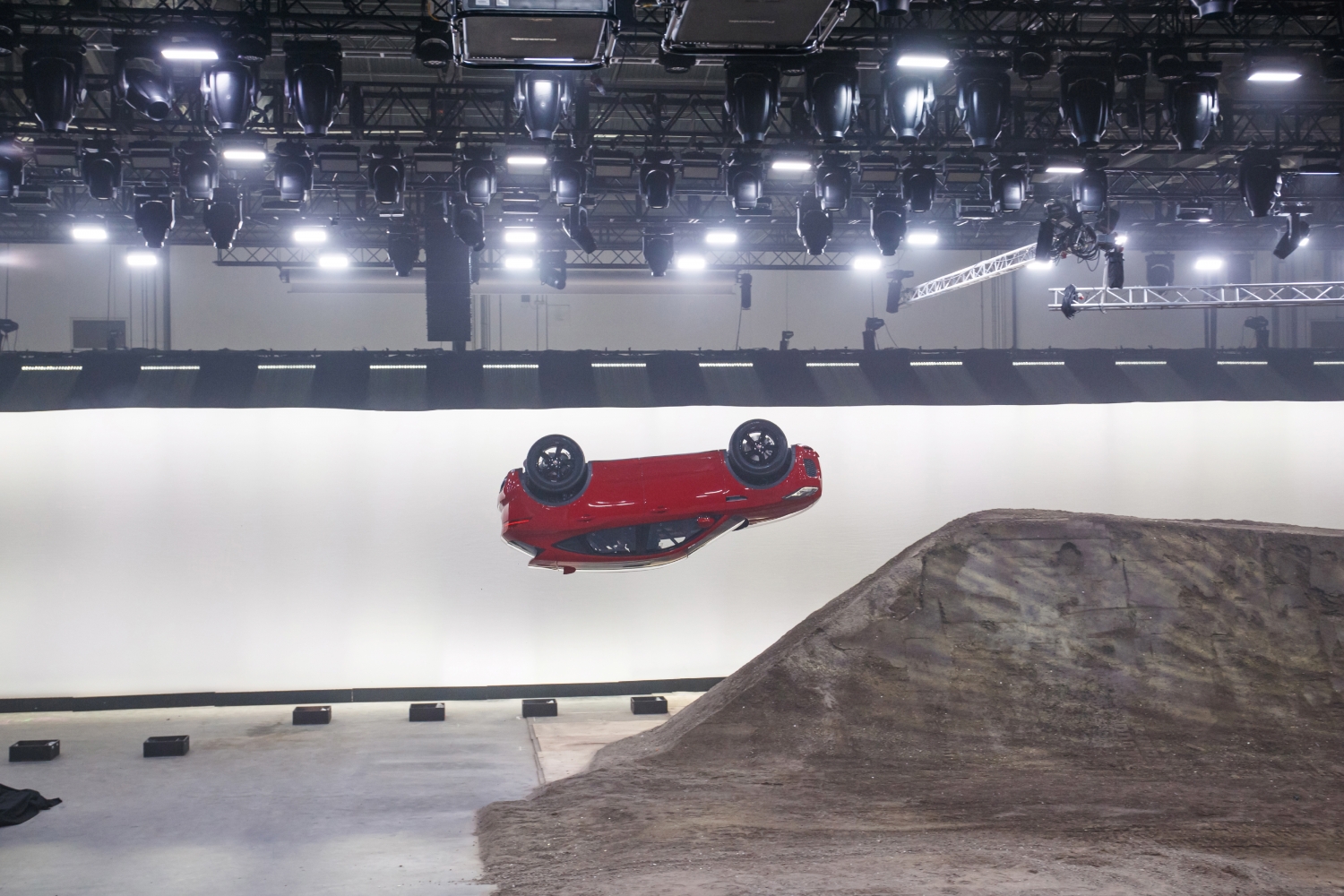 When Jaguar released its mid-size SUV, the company decided to make a splash by collaborating with Guinness World Records. To gain the attention of the crowd, Jaguar came up with a scheme to break a world record by completing the fastest barrel roll in a vehicle using its SUV. 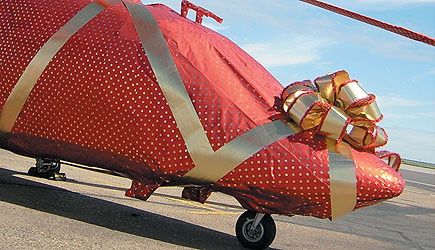 Harrods used over 600 meters of paper to gift wrap a helicopter. The chopper was sent to a customer to take his partner on a trip of a lifetime. The gift was caught on a camera to promote the launch of the ‘Anything is Possible’ Season.

Sometimes promotional stunts become necessary to make people aware of your brand and services. But doing weird publicity stunts to advertise brands can create problems too.

Do you know other ways to promote brands? Do you know brands that acted weirdly to gain fame?