Born and raised in Los Angeles, Marilyn Monroe spent her childhood in an orphanage and got married at the age of 16.

Born on 1st June 1926, Marilyn Monroe was a popular American singer, model, and actress. She was famous for playing blonde bombshell characters and became one of the top popular sex symbols of the 1950s and 1960s and was the representative of the era’s sexual revolution. Long after her death, she continued to be the famous icon of pop culture.

She was working with a factory during WWII when she met a photographer from First Motion Picture Unit and started a successful modeling career. Later, she signed a contract with Fox in the late 1950s and became a popular actress with comedy roles in Monkey Business and As Young As You Feel.

She also faced a scandal when it was revealed that Marilyn Monroe posed nude before she became a star. However, this story didn't affect her career and increased her interest in films. 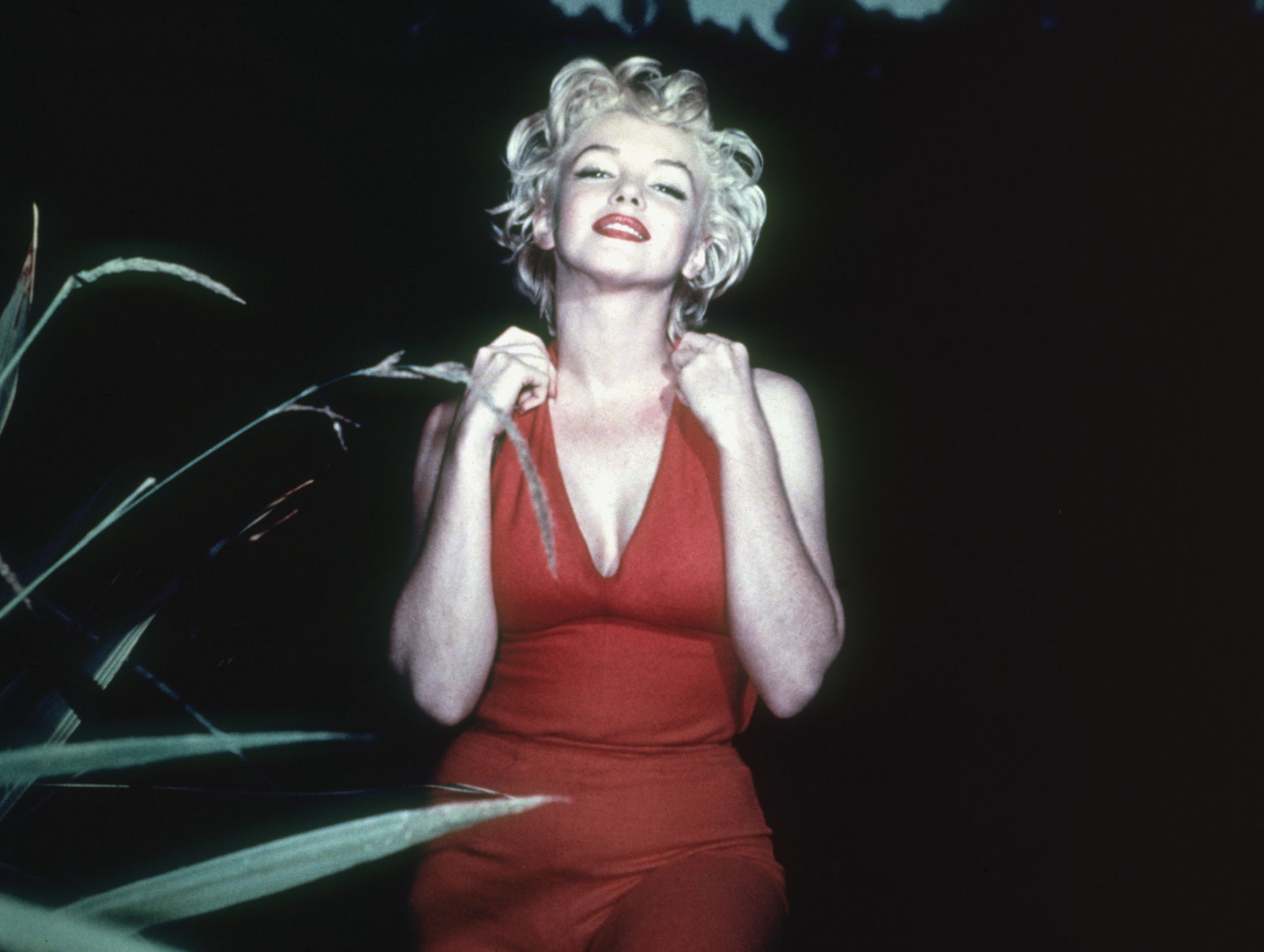 Marilyn Monroe's quotes have inspired several individuals. For instance, her quote, "We should all start to live before we get too old.” has made people aware of the short life that we have.

2. "If there is only one thing in my life that I am proud of, it's that I've never been a kept woman."

3. “A woman can’t be alone. She needs a man. A man and a woman support and strengthen each other. She just can’t do it by herself.”

4. “Creativity has got to start with humanity, and when you’re a human being, you feel, you suffer.”

6. “I’m selfish, impatient, and insecure. I make mistakes. I am out of control and at times hard to handle, but if you can’t handle me at my worst, then you don’t deserve me at my best.”

7. "Millions of people live their entire lives without finding themselves. But it is something I must do." 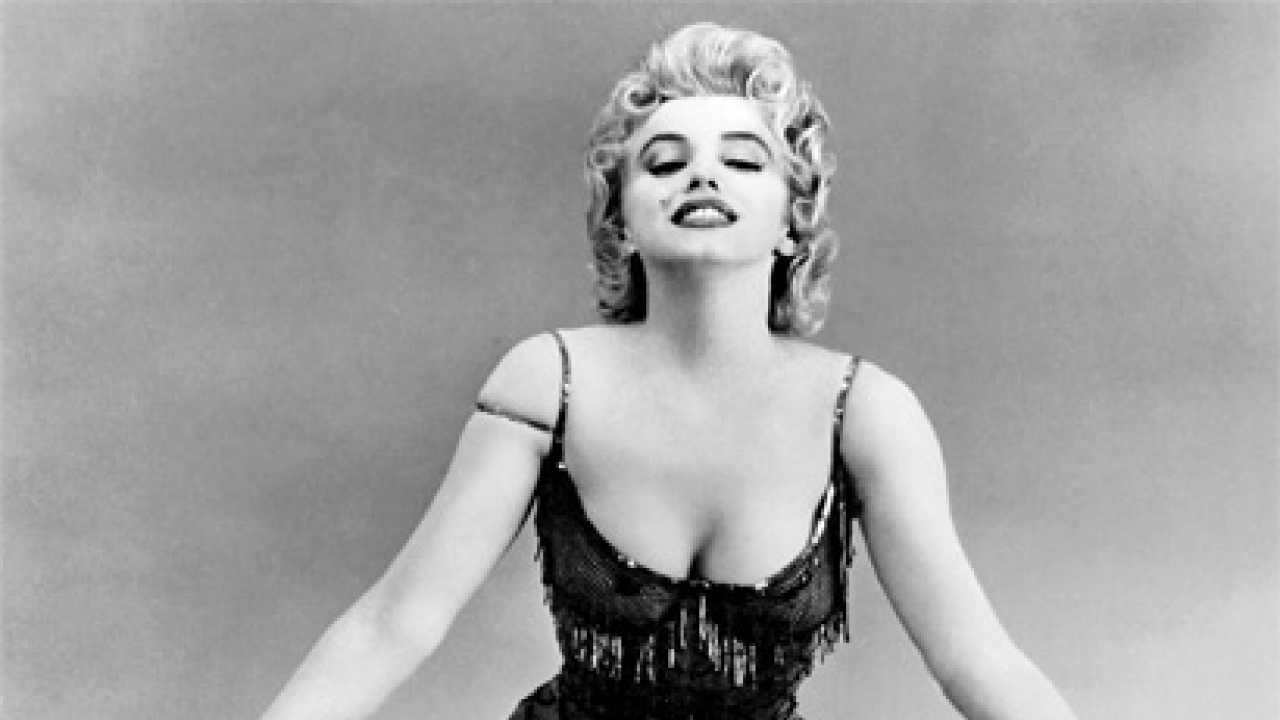 8. “Keep smiling because life is a beautiful thing, and there’s so much to smile about.”

9. “Everybody is always tugging at you. They’d all like a sort of chunk out of you. I don’t think they realize it, but it’s like ‘grrr do this, grr do that…’ But you do want to stay intact and on two feet.”

10. “The real lover is the man who can thrill you by just touching your head or smiling into your eyes – or just staring into space.”

11. “Respect is one of life’s greatest treasures. I mean, what does it all add up to if you don’t have that?”

13. “Success makes so many people hate you. I wish it wasn’t that way. It would be wonderful to enjoy success without seeing envy in the eyes of those around you.”

15. “Just because you fail once doesn’t mean you’re gonna fail at everything.”

17. “I believe that everything happens for a reason. People change so that you can learn to let go, things go wrong, so you appreciate them when they’re right, you believe lies, so you eventually learn to trust no one but yourself, and sometimes, good things fall apart so better things can fall together.” 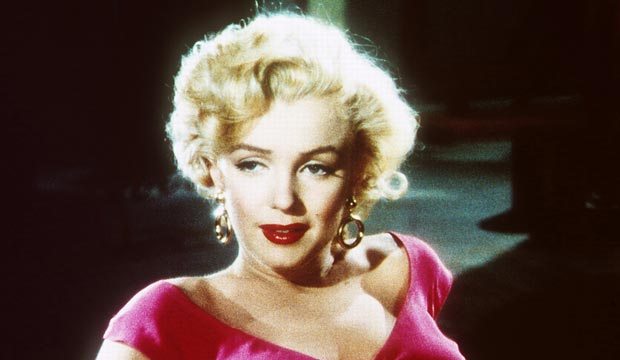 18. “This life is what you make it. No matter what, you’re going to mess up sometimes; it’s a universal truth. But the good part is you get to decide how you’re going to mess it up. Girls will be your friends – they’ll act like it anyway. But just remember, some come, some go. The ones that stay with you through everything – they’re your true best friends. Don’t let go of them.”

19. “I don’t forgive people because I’m weak; I forgive them because I am strong enough to know people make mistakes.”

21. “With fame, you know, you can read about yourself, somebody else’s ideas about you, but what’s important is how you feel about yourself – for survival and living day to day with what comes up.”

22. “I want to grow old without facelifts… I want to have the courage to be loyal to the face I’ve made. Sometimes I think it would be easier to avoid old age, to die young, but then you’d never complete your life, would you? You’d never wholly know you.” 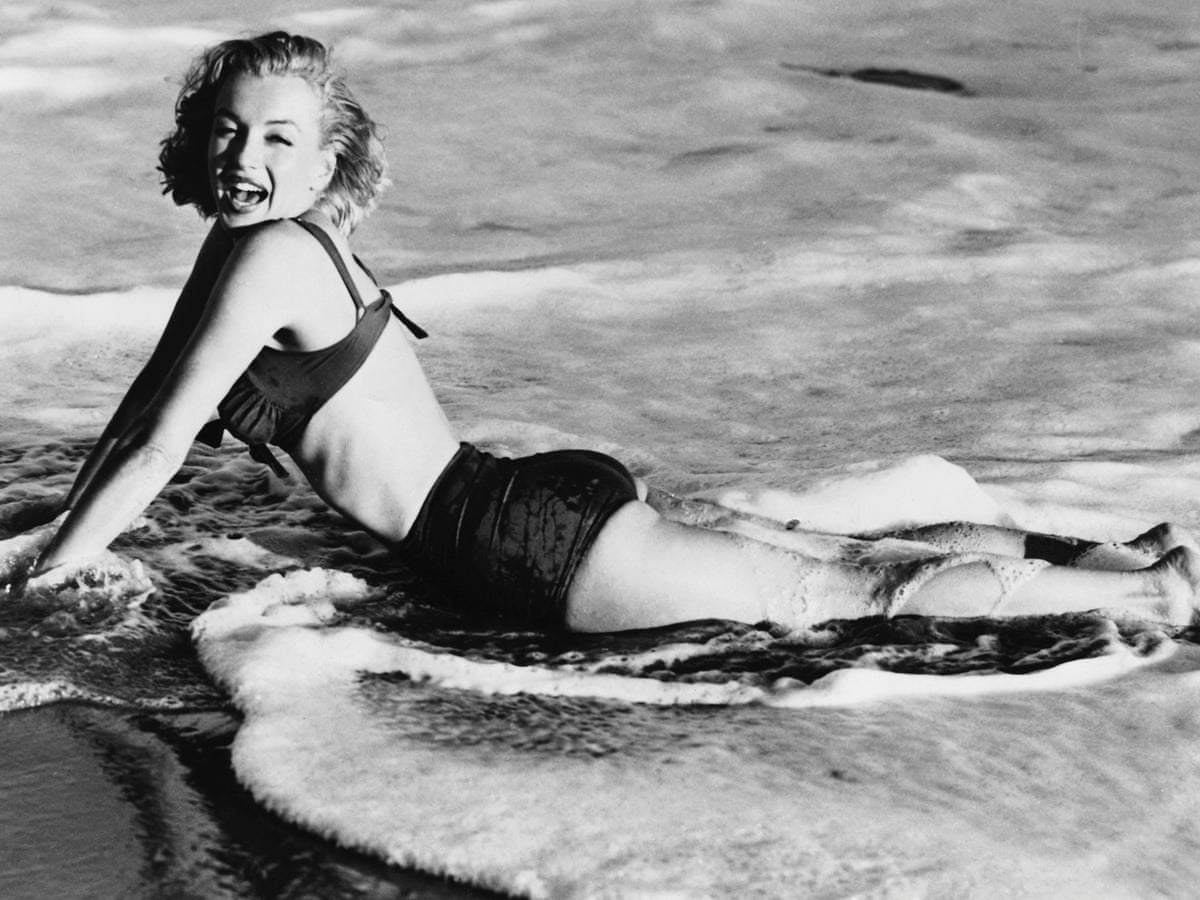 23. “Respect is one of life’s greatest treasures. I mean, what does it all add up to if you don’t have that?”

24. “I don’t mind being burdened with being glamorous and sexual. Beauty and femininity are ageless and can’t be contrived, and glamour, although the manufacturers won’t like this, cannot be manufactured. Not real glamour; it’s based on femininity.”

25. “Millions of people live their entire lives without finding themselves. But it is something I must do.”

27. “This is a free and democratic country, and no one has a monopoly on anything.”

28. “You never know what life is like until you have lived it.” 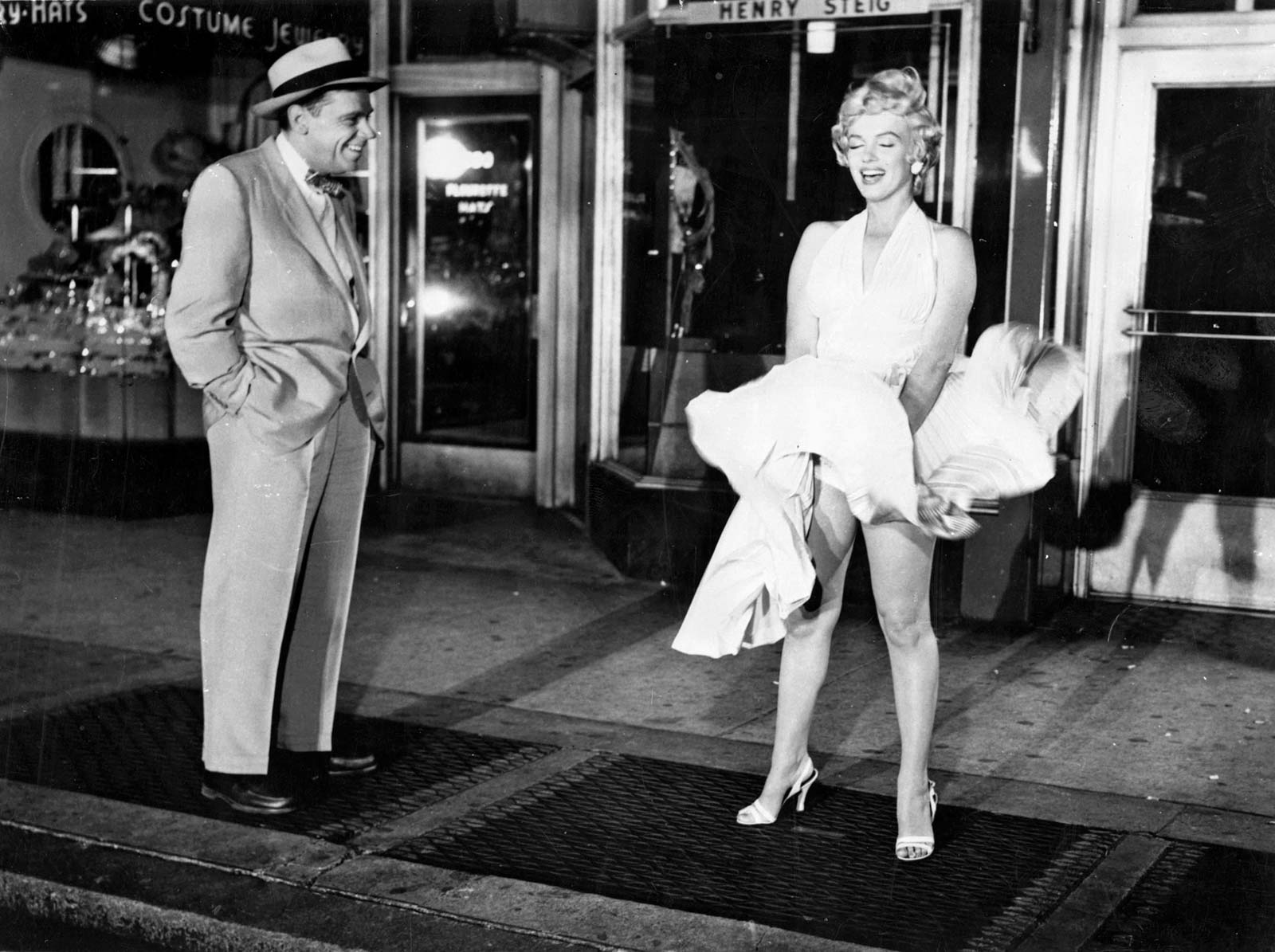 29. “Imperfection is beauty, madness is genius, and it’s better to be absolutely ridiculous than absolutely boring.”

30. “It’s often just enough to be with someone. I don’t need to touch them. Not even talk. A feeling passes between you both. You’re not alone.”

32."One of the best things that ever happened to me is that I'm a woman. That is the way all females should feel."

33. “Sometimes good things fall apart so that better things can fall together.”

35. “Wanting to be someone else is a waste of the person you are.” 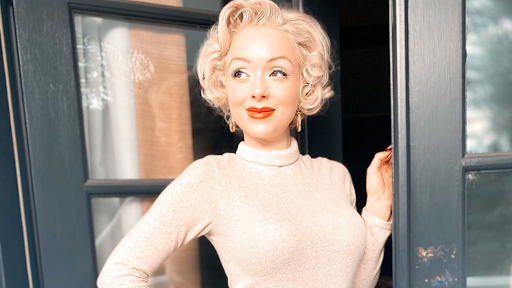 38. “A sex symbol becomes a thing. I just hate to be a thing. But if I’m going to be a symbol of something,  I’d rather have it be sex than some other things they’ve got symbols of.”

39. “The most unsatisfactory men are those who pride themselves on their virility and regard sex as if it were some form of athletics at which you can win cups. It is a woman’s spirit and mood a man has to stimulate to make sex interesting. The real lover is the man who can thrill you just by touching your head or smiling into your eyes or by just staring into space.”

40. “No one ever told me I was pretty when I was a little girl. All little girls should be told they’re pretty, even if they aren’t.”

While some find her inspiring because of her glamorous lifestyle and good looks, they never knew about her ups and downs. She struggled with anxiety, alcoholism, and a lack of self-esteem.

Her marriage with baseball star Joe DiMaggio and Arthur Miller was publicized and ended up in divorce. Unfortunately, she died at a very young age of 36 from an overdose of barbiturates, a drug that acts as a central nervous system depressant.

Do you know other Marilyn Monroe quotes that inspired you in any way? If so, then share them below.