Check out these best escape rooms, or better known as exit rooms, from around the world known for interesting plots and a variety of puzzles.

If you are looking for a fun birthday party game, innovative group game, or a team-building activity, then an escape room is an excellent option. It is an interesting and interactive game where the team plays together and solves puzzles to escape a room. Escape rooms are trending all over the world. They are a sub-genre of puzzle games inspired by escape-the-room, style video games.

While some escape rooms are simple, others are complex and need strategies to solve them. The participants in the best escape room play alone or with a team of up to 10 players. Games are set in different locations like prisons and space stations. The game starts with a brief introduction to the rules and how to win.

The rules can be delivered via video or through the gamemaster. When the player or a team enters the room, the clock starts and has limited time to complete the game. During this time, the team finds clues and solves puzzles to move in the game. If the team reaches the goal within a time limit, they win the game.

Let us know about a few best escape rooms from around the world that are worth trying for entertainment purposes.

Located in Boston, this puzzle is for those loving suspense. Currently, it offers five different rooms to choose from, with one of the most difficult Crush Depth, which takes up to 8 players fighting with back from the dead-sea captain to control a sinking submarine.

Each of the adventures here has an interesting storyline that lets you uncover clues to complete the mission. Trapology is considered one of the best escape rooms in Boston, with four rooms. 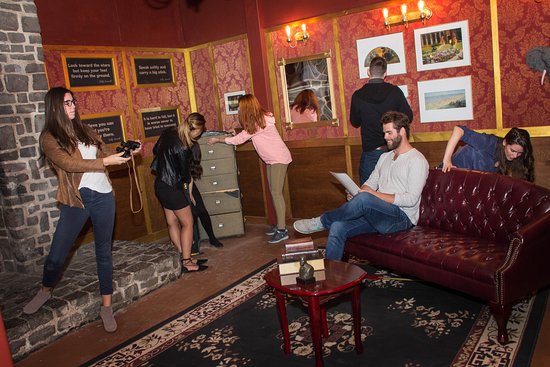 This palace game tells a story in an interesting way and engages people in a way that others escape rooms can’t. It is believed that the world’s greatest escape artist, Harry Houdini, built the room in the 1900s. The palace offers both offline and in-person games. 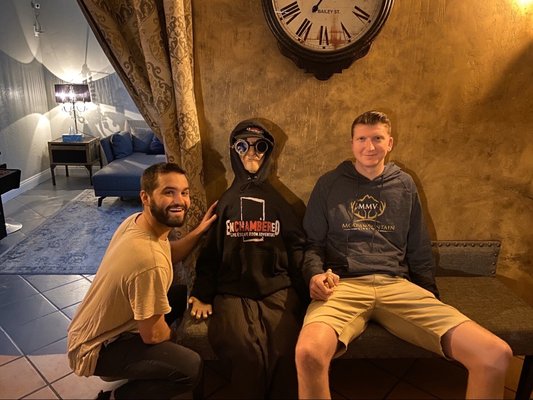 Enchambered Escape Room is another best escape room in the world that offers three rooms, including Containment Breach, The Whispering Halls, and The Skull Witch. The three rooms have different fascinating plots that let you solve the puzzles and mysteries they hold.

You can also enjoy team-building escape experiments while communicating with other people to escape. If you, along with friends, are looking for something exciting for a birthday party, then book an event at Enchambered Escape Room and have fun. 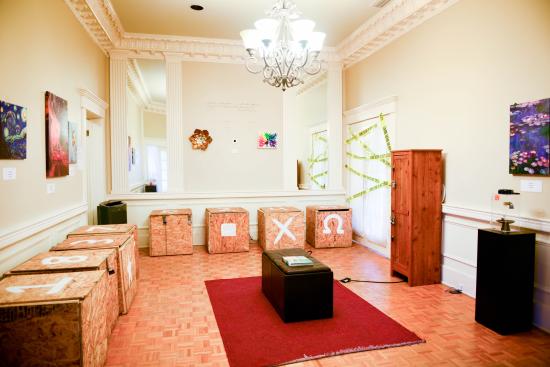 Situated in Austin, Texas, Austin Panic Room is less escape room and more about saving the country before time runs out. It has different escape rooms, including Cabin Fever, Prison Break, Abandoned School, Phase III Human Trials, Oval Office, and more. Each of the rooms is designed with different themes and gives interesting clues to solve the query. Austin Panic Room is an ideal option for group outings.

The team is locked up in a room and the only solution to escape the room is by solving the clues and puzzles hidden inside the room. The puzzles test your communication and creativity skills to think outside the box. If you are up for a challenge, then visit Austin Panic Room with your friends right now. 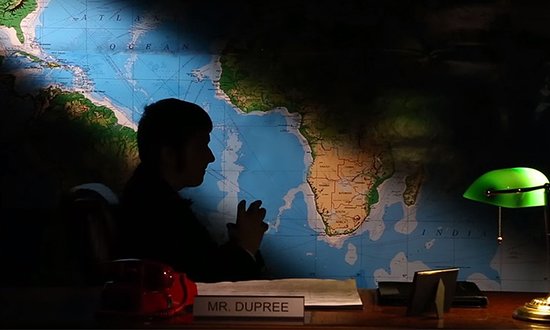 If you are looking for a corporate building event or a casual birthday party, then Escape MSP could be the best answer. You, along with your team, are locked in a themed room with two goals. The first goal is to collect the data, and the second is to escape the room before the time is up.

Choose your mission from the Investigation of a Miss Tree Death, James Bomb, Mr. Dupree’s office, and Dr. K’s Lethal Injection. Select the mission of your choice and play along with your friends. 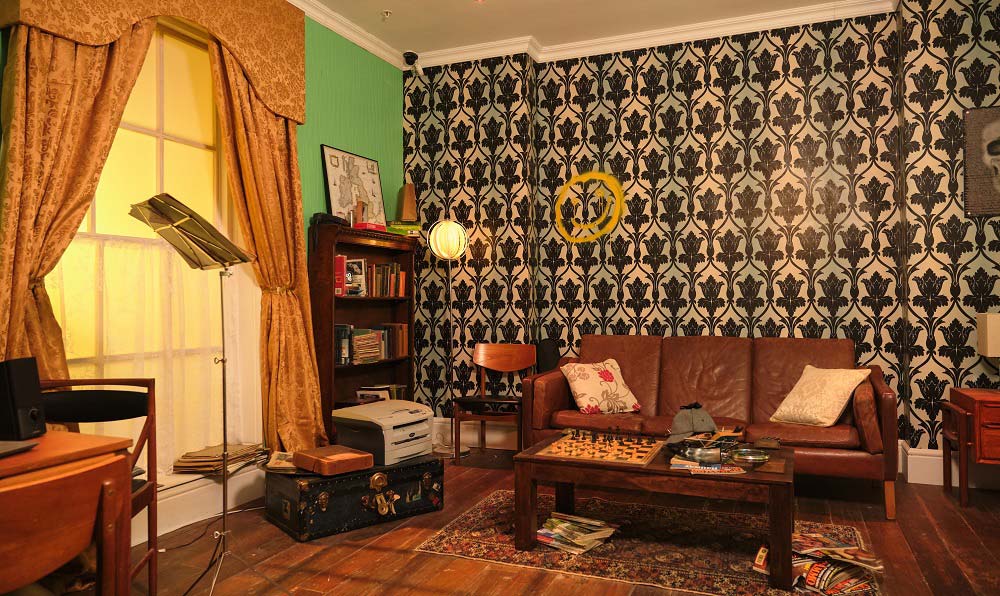 Sherlocked Mystery Experiences makes it one of the best escape rooms in Amsterdam. Choose your escape room adventure from Cabin in the Woods, Graveyard Escape, The Shipwreck, The Jungle Jr, and more, and celebrate at Sherlock’s Escape Rooms.

The Vault is a 90-minute breaking challenge that has 4-5 players trying to steal an object from a state-of-the-art safe. 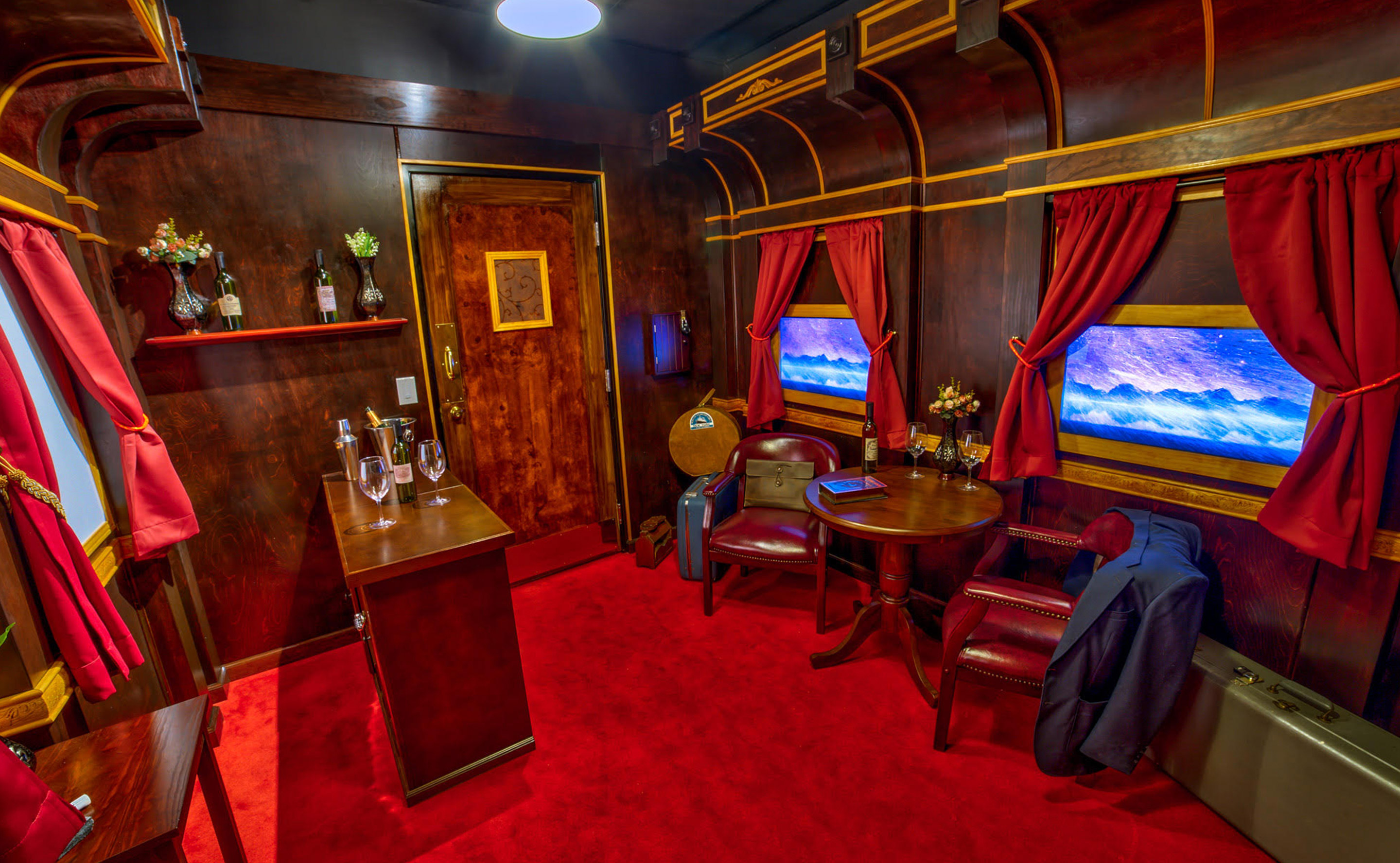 Escapology is the world’s fastest-growing escape room franchise with more than 10 locations, including Texas, Austin, and Chile. With over 11 games, the business has something for every puzzler.

The Narco room gives players 60 minutes to try and to escape the house of an evil drug lord. Take a challenge and escape in a thrilling game experience. Work together to find clues and solve puzzles within a time to win the challenge. 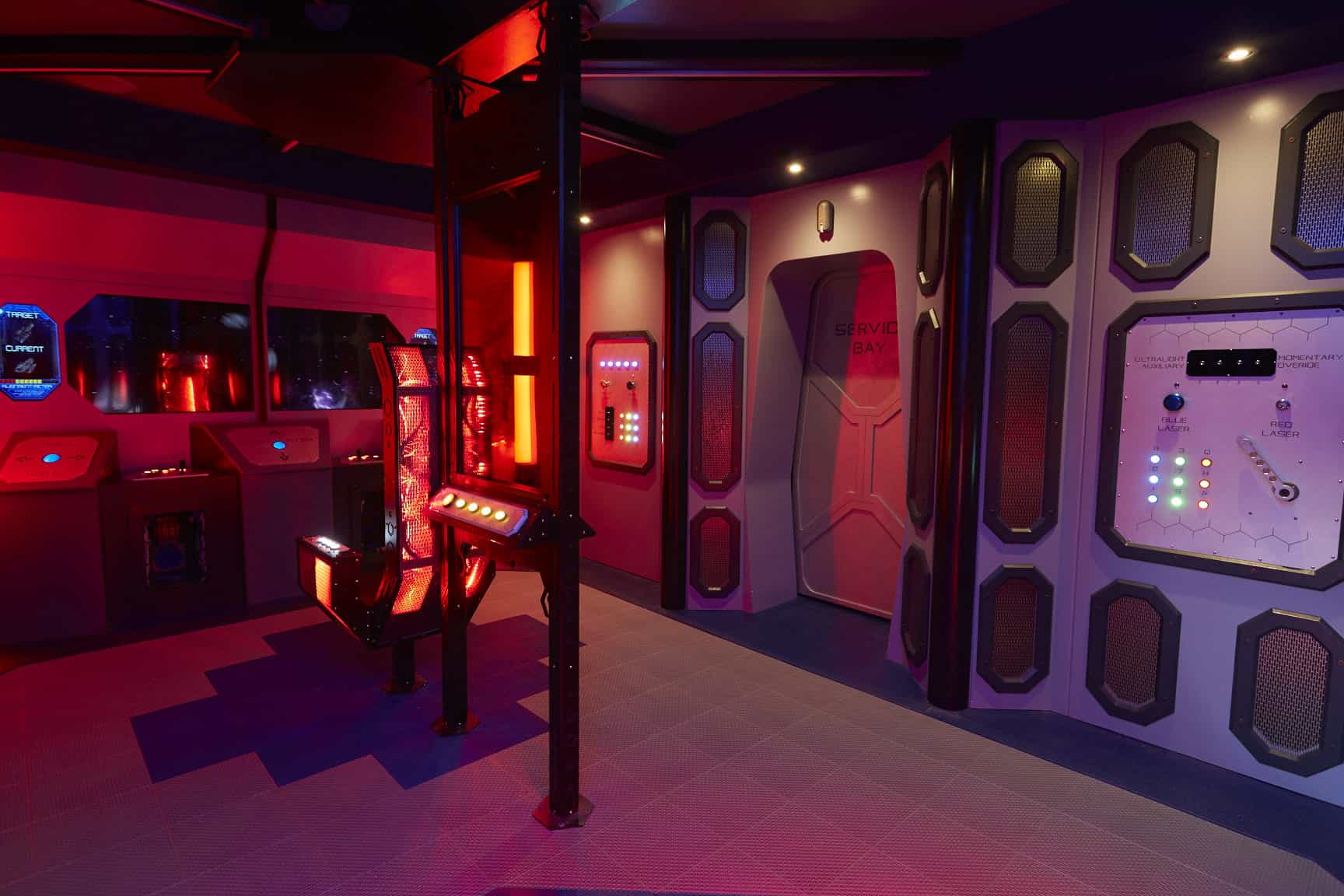 It is a live-action and offers an adventurous experience like never before. It is a chain entertainment value that builds interactive adventure experiences with multiple locations in the United States.

Each location highlights interactive adventures with themes like medieval fantasy, spy mission, outer space, and more. In each game, a team faces challenges and puzzles that they have to overcome to progress through a series of rooms and achieve their mission.

The adventure has multiple endings that can be changed, depending on how the group performs and the decisions they make. 5 Wits was opened in 2003 by Matthew DuPlessie. The business plan for 5 Wits was first called the Puzzle Room entered into the business plan competition at Harvard Business School in 2003.

In 2005, Wits moved the original TOMB adventure to Pigeon Forge, selling it to a third party. The different venues are located in Virginia, Walden Galleria, Destiny USA, Virginia, and more.

9. Trapped in a Room With a Zombie 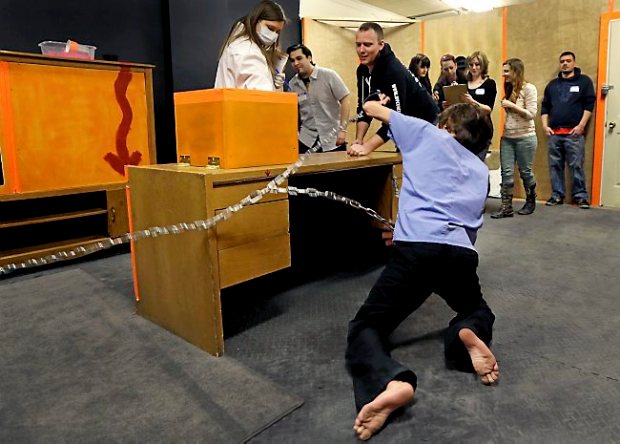 This is one of the best escape rooms so far that adds a layer of challenge to preexisting settings. Right from the moment you arrive in a room, you will experience a whole new level of the game. Become a part of the game with a zombie looking for the next meal.

You will have 60 minutes to find the clues, therefore, watch the clock after every 10 minutes and solve the clues faster. Think carefully, and work as a team to escape from zombies. The Game is an escape room game for home. The team solves puzzles and crack codes to escape from the imaginary room or environment. It contains a single room with different difficulty levels across the series.

Explore the creepy cabin and solves a murder aboard the Orient Express. It is a non-reusable escape room on the list and challenges you to be creative at your best. 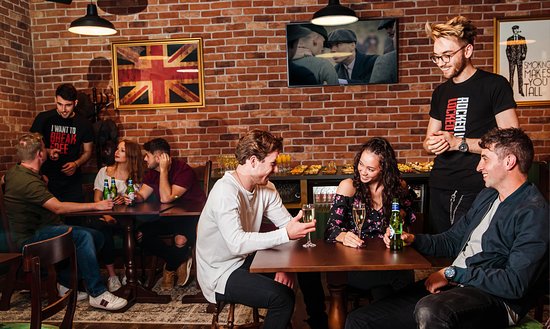 It features different escape rooms based on different themes and challenges everyone to escape within a time limit. 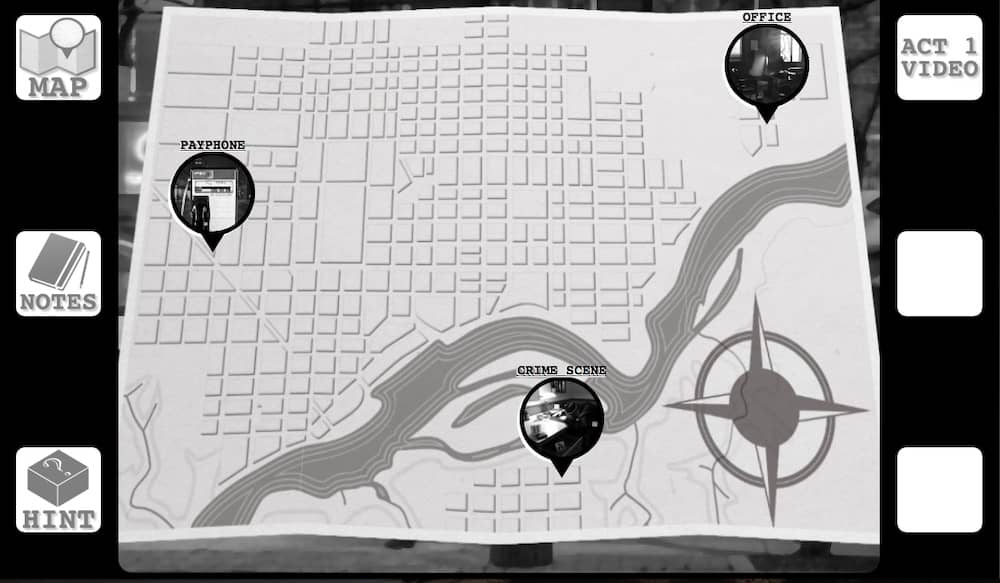 The team of Black Noir has built a virtual online escape room that would be challenging and entertaining. Each room in this escape room has a different theme focused on solving skills.

It is an excellent escape room for small and large groups. You can buy one code per group and play it over zoom. What do you think? Can you solve the clues with your team? 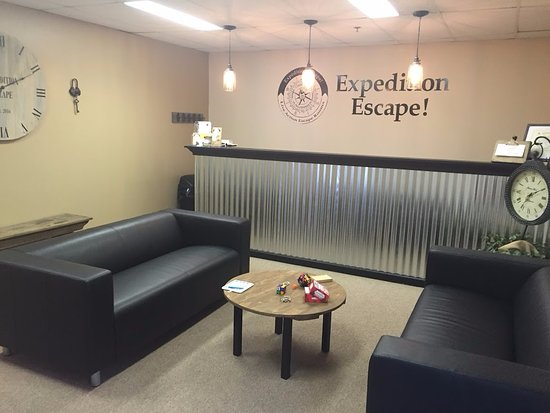 Expedition Escape has one of the best escape rooms in Philadelphia. The makers have decided to create a virtual version for those who cannot make it in person. You, along with your team, solve puzzles and help your team win.

Expedition Escape rooms have three online escape rooms that won’t disappoint and make you addicted to rooms. Teamwork is a must when you play this game. Come in a group of 2 or 10 and increase your chances to solve the puzzles faster.

Have you ever been part of these best escape rooms? Did you win or lose? How was your experience? Share it in the comments section below!