Check out these corny jokes that would make you laugh and wonder (at the same time) what’s so funny about them.

You might not know, but there’s a history as to why some jokes are called corny. It was started in the early 20th century when mail-order seed catalogs tried to change their boring products to make them more exciting and entertaining by including terrible jokes. Good corny jokes are hard to find, but when said at the right moment, they could crack you up.

Here we have shared some corny jokes that would make you laugh, only if you will use your brain. 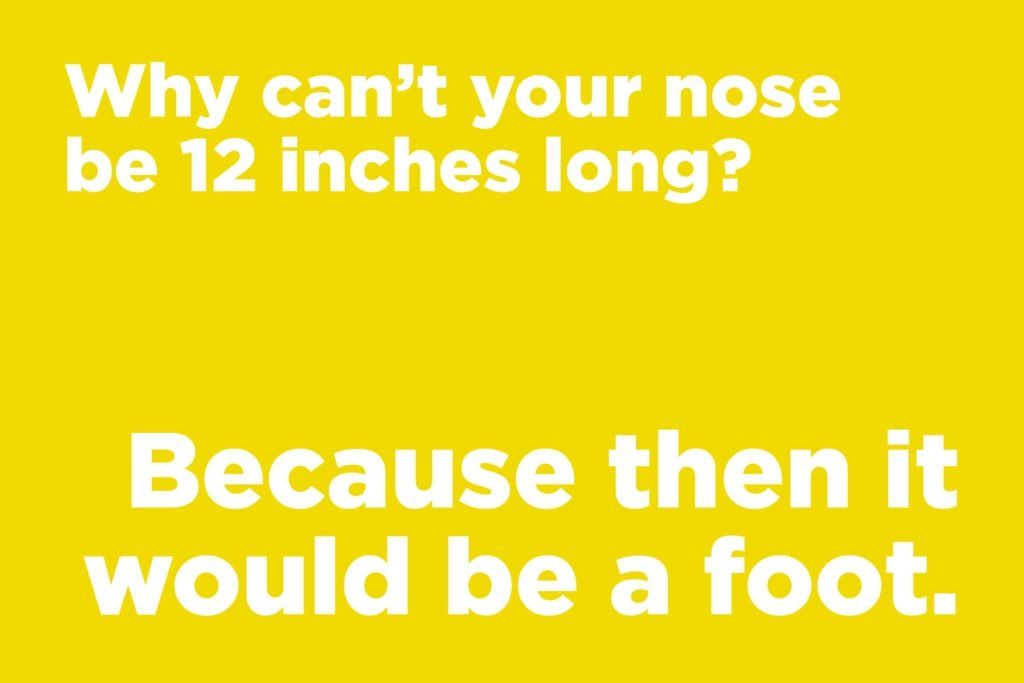 Because then it would be afoot

2. How many tickles does it take to make an octopus laugh?

Did you get this one?

3. Why did the golfer bring two pairs of pants?

In case if he gets a hole in one.

Does this make any sense?

4. What do you call a fish without eyes?

I don't know why.

7. What do you call an alligator in a vest?

8. Did you hear about the sensitive burglar?

9. What’s the difference between the bird flu and the swine flu?

10. What did the policeman say to his belly button? 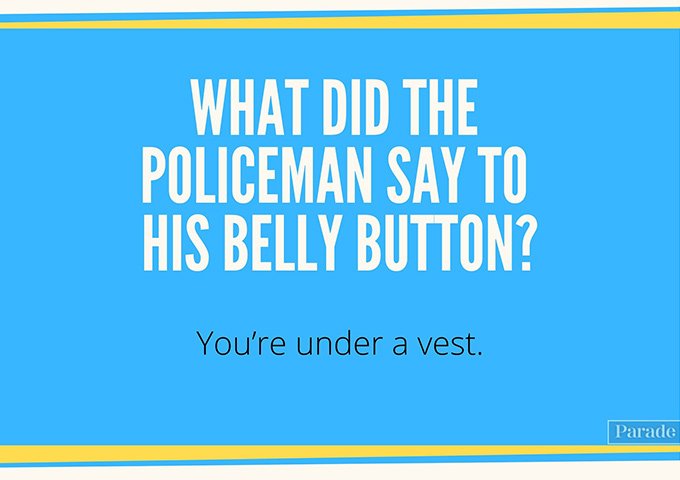 You’re under a vest.

11.  To whoever stole my copy of Microsoft Office, I will find you.

You have my Word!

12. Why are there gates around cemeteries?

Because people are dying to get in

13. Did you hear about the two guys who stole a calendar?

They each got six months.

Did you laugh at this?

14. Why are elephants wrinkly?

Have you ever tried to iron one?!

15. Why shouldn’t you write with a broken pen?

Because it’s pointless (This makes sense!)

He was outstanding in his field.

17. A magician was driving down the street

Then he turned into a driveway.

I'll meet you at the corner.

He knew a shortcut!

20. Why did the baby strawberry cry? 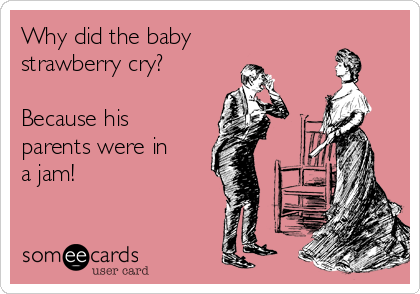 His parents were in a jam.

21. What kind of tea is hard to swallow?

Reality. This is not a corny joke but a truth to understand.

22. Why couldn't the pirate learn the alphabet?

Because he was always lost at the C

23. Why did the stadium get hot after the game?

All of the fans left!

25. What does a sprinter eat before a race?

Leave the pizza in the oven.

Would you do this?

Because it was below sea level

29. Did you hear about the population of Ireland's capital?

30. What do you call a man who irons clothes? 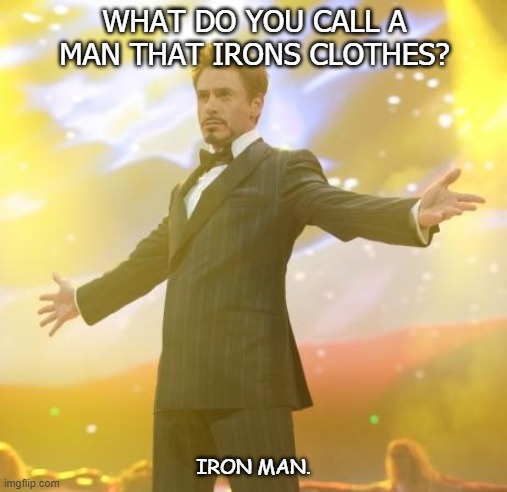 Now, this is quite corny.

Push him down a mountain!

32. How many South Americans does it take to change a lightbulb?

33. My sister bet me that I couldn't build a car out of spaghetti

You should have seen the look on her face as I drove pasta!

34. What kind of music do mummies listen to?

This was not at all funny!

36. Why can't you trust the king of the jungle?

Because he's always a lion

37. What's the best thing about living in Switzerland?

I don’t know, but the flag is a big plus.

He was a little shellfish! Because it was framed

41. What do you call a sleeping bull?

42. Why didn't the toilet paper cross the road?

It got stuck in a crack

43. What do you call it when Batman skips church?

45. What do you call a snobbish criminal going down the stairs?

45. How did the hipster burn his tongue?

He drank his coffee before it was cool.

He was stuck in a vicious cycle.

47. Why was Cinderella so bad at soccer?

She kept running away from the ball!

48. How do vampires start letters?

Tomb it may concern!

49. Which school subject was the witch’s favorite?

50. What do you call a priest that becomes a lawyer? 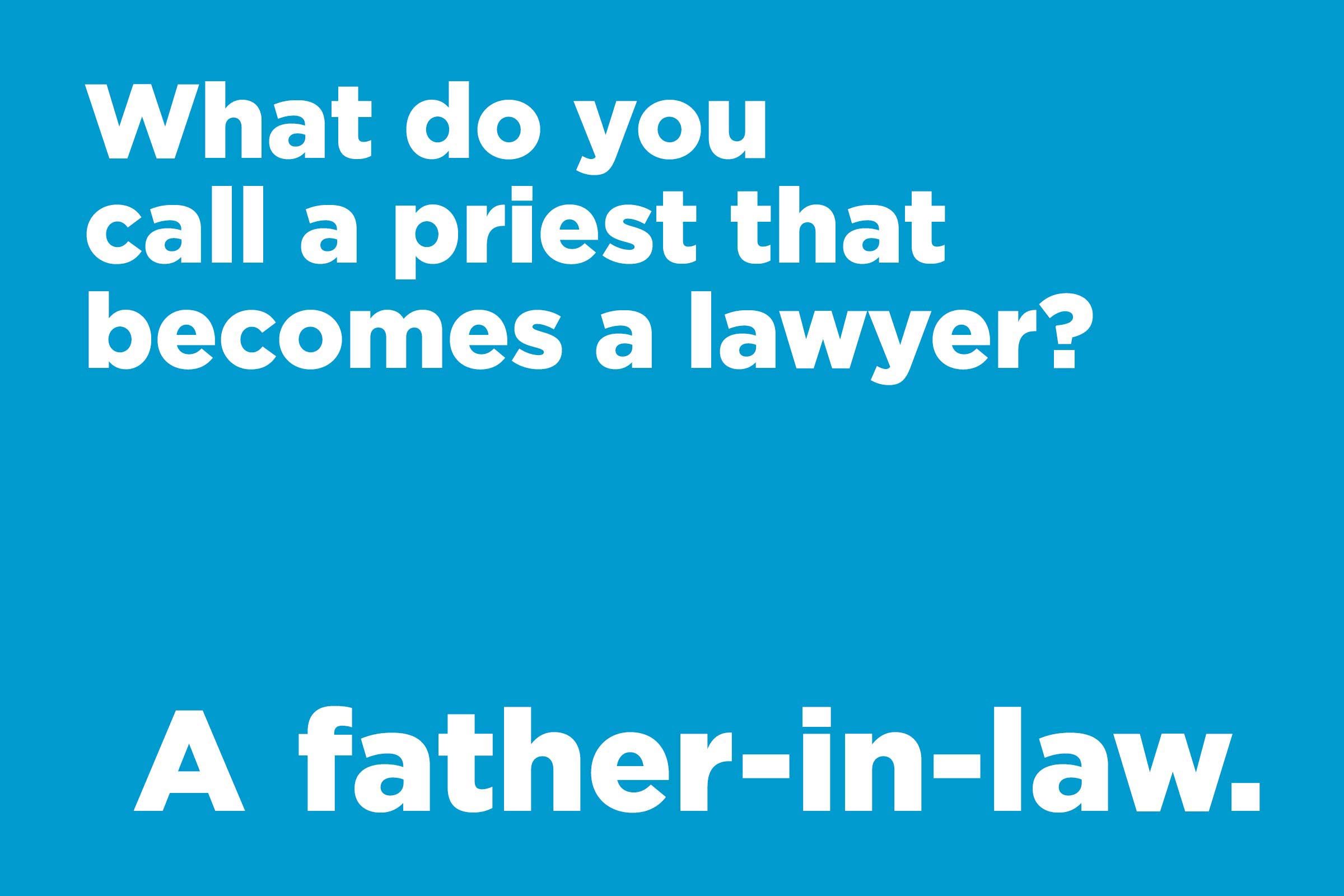 They eat whatever bugs them.

52. What kind of shoes do robbers wear?

He wanted to make some dough.

Haha, this is funny.

54. What do you call Chewbacca when he has chocolate stuck in his hair?

55. What did one toilet say to another?

Take it to the doc.

It doesn’t have an atmosphere.

58. How do you make a Venetian blind?

Poke him in the eyes!

60. Why did the invisible man turn down the job offer? 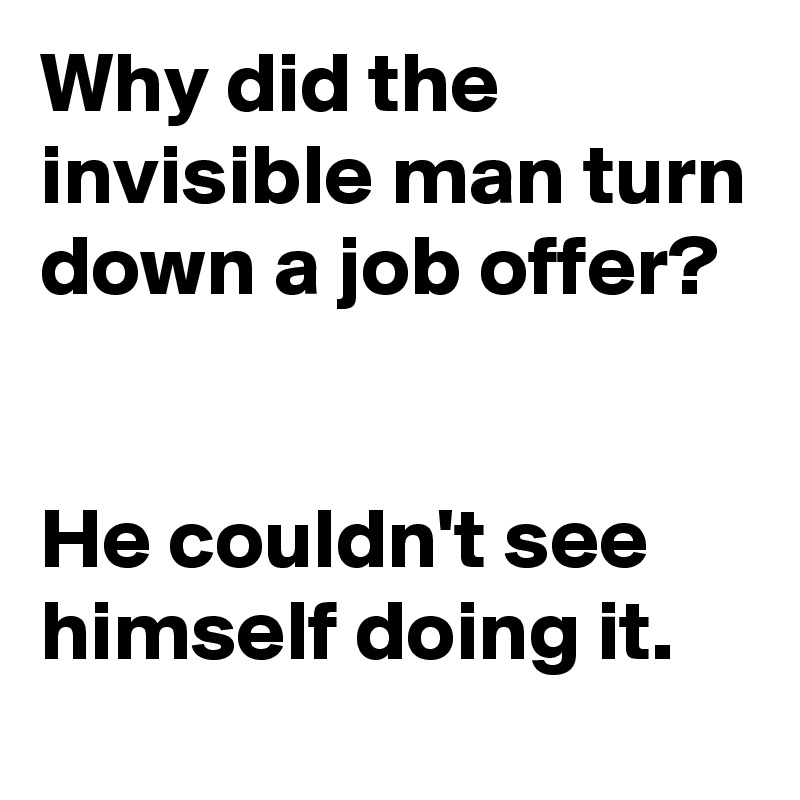 He couldn’t see himself doing it.

Do you remember the cheesiest lines someone told you? Do you know or have heard other corny jokes that can make someone laugh? If so, then share them.