5 Lessons We Should Learn From Spartans

Spartans never had an option of surrender. They were expected to fight fearlessly and surrender was regarded as the epitome of cowardice. 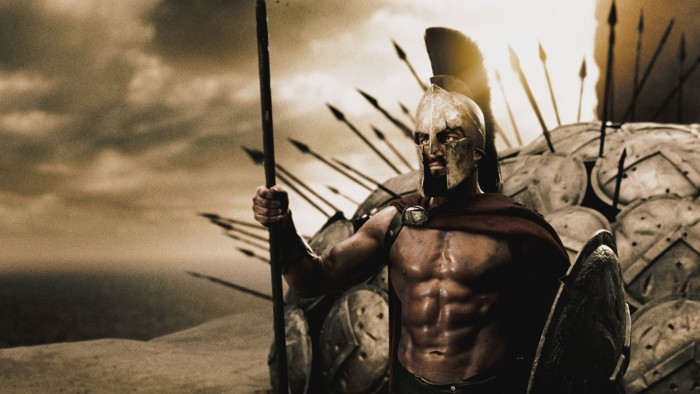 The world’s first democracy ‘Spartans’ is credited with one of the greatest militaries of the ancient world. Their culture was so harsh that the word “spartan” later became the synonym of austere. The society had a stringent moral code and sense of duty. Its people had to go through a great deal of hardships to gain acceptance as the complete citizens.

There are some lessons we all need to learn from the fiercely badass Spartans. Here they are.

Spartans never had an option of surrender. They were expected to fight fearlessly and surrender was regarded as the epitome of cowardice. And those who put down their arms were stigmatized so much that they went on to commit suicide.

Spartan mothers or wives were also known for their do-or-die approach to military battles. They departed them to war with a shield over which words “Ἢ τὰν ἢ ἐπὶ τᾶς!” (“With it or on it!”) were etched. These words meant that the warrior should either return triumphant or with his dead body on it.

Moreover, a Spartan soldier who died in battle was regarded to have fulfilled his duty as a citizen. According to the law mandate, only two classes of people were allowed to have their names inscribed on their tombstones: women who died during birthing child and men who died with honor in battle.

2. Just Do One Thing & Be Insanely Good at It 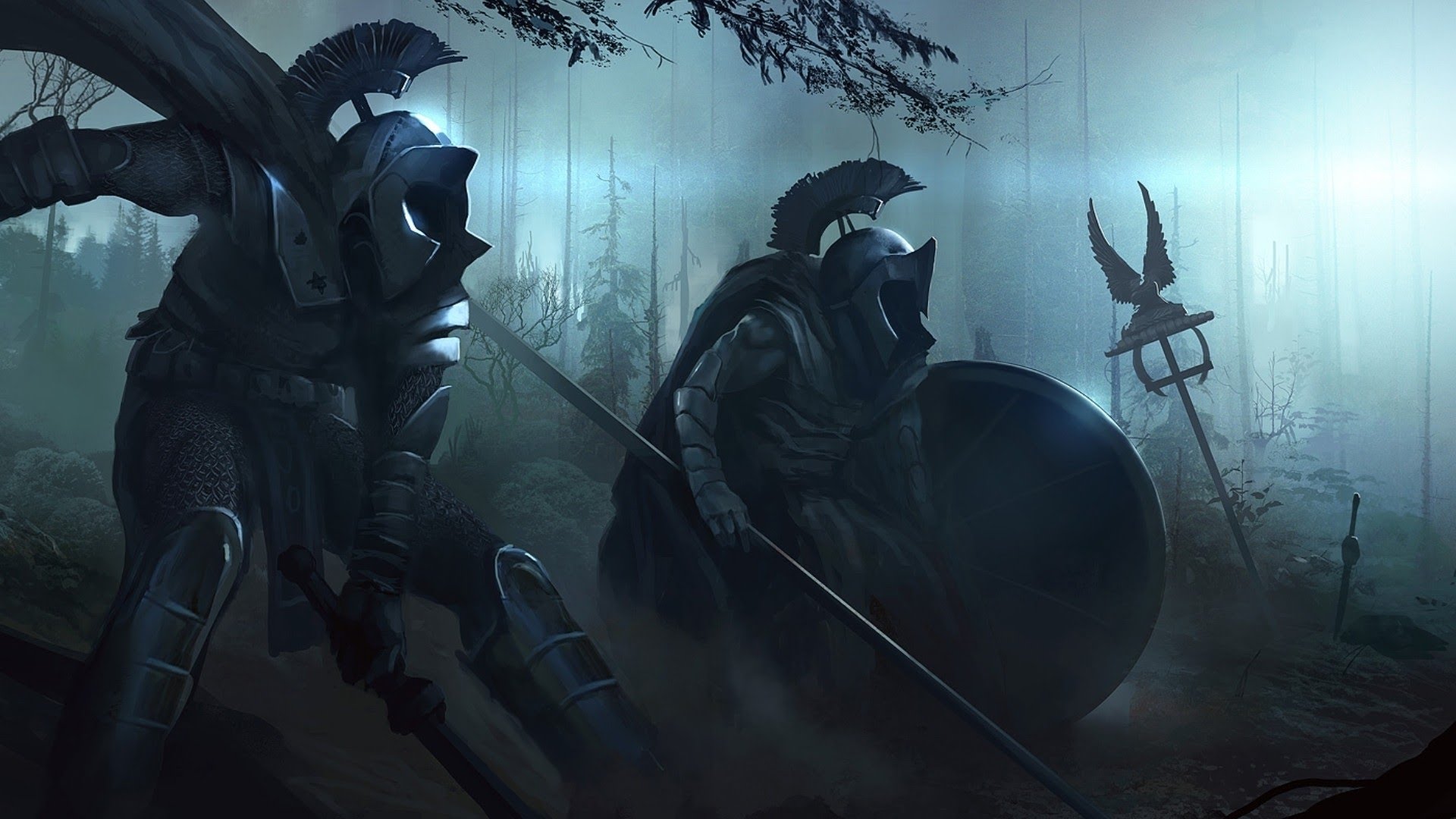 In Greek and Athens city-states, the citizens were brought up to be fishermen, bakers, blacksmiths, butchers, farmers. And at the time of wars, they would leave their day jobs and mobilize. And on the flip side, Spartans were prohibited from trade and manufacture and were brought up as military soldiers. They underwent intense and strict military training from the age of 7 entering the agoge (military school). Their main obligation was to kill machines, to be a "wall of men, instead of bricks.”

As a result, the Spartans turned out to be one of the most powerful and efficient military forces in world history. And when their power was at the apex, it was unanimously accepted that-

“One Spartan was worth several men of any other state.”

3. Look Down on Excess 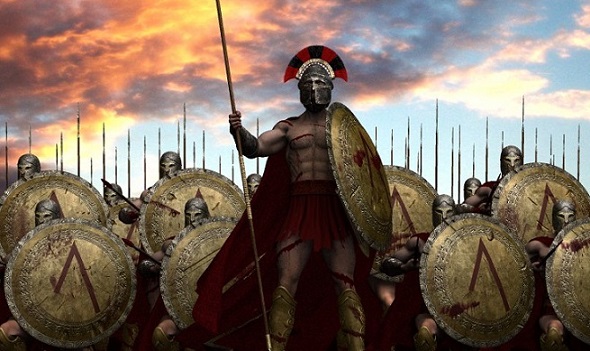 The Spartans have always believed that the rich lifestyle is at odds with the idea of good life. A Spartan would never admire the craftsmanship of anything that does not have any utility. According to law, roof beams in Sparta can be finished only with an axe.

To quote an instance, a Spartan was going to Athens and his host showed off his lavish mansion which had intricately designed square roof beams. Noticing that, the Spartan asked the Athenian if trees grew in square shape in Athens. “No, of course not,” said the Athenian, “but round, as trees grow everywhere.” So the Spartan asked,

4. Choose to Be Witty, But With Brevity 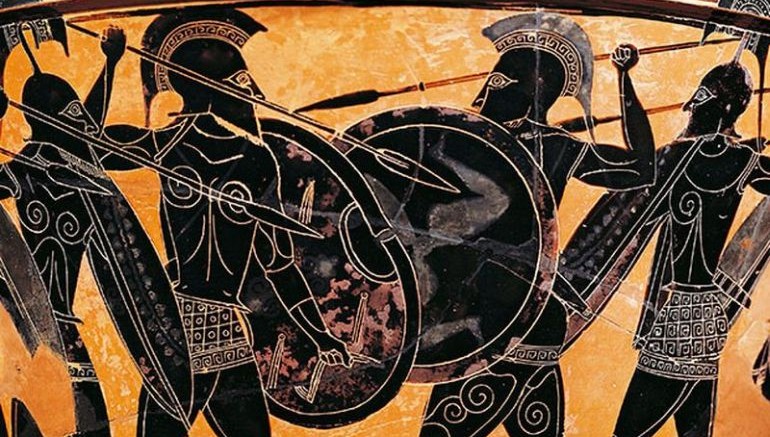 The Spartans were especially renowned for their dislike of verbose speeches. In contrast to other Greek city-states especially Athens, the Spartans did not like the pompous rhetoric burgeoning at the time. They chose to save all the effort and time and cut down the useless jabber. Known for their brevity and simplicity of speech, their communications were laconic (Laconia is the region of Greece of which Sparta is the capital). They were short and cut to the chase and were often accompanied by a sharp wit.

Some of the most remarkable examples include:

“Then when you are silent, you are worthless."

5. Get Comfortable Within Discomfort

Spartans believe that rather than leading a luxurious life, we should focus on having a good life. We should strive for better actions and not better stuff.

To quote an instance, once when the Spartans and their allies defeated the Persians at Plataea in 479 BC, the ruins included the great pavilion tents of King Xerxes, the king’s cooks, wine stewards, and kitchen servants. Just for jest, the Spartan king Pausanias ordered the Persian chefs to cook a dinner which they typically made for the Persian king. In the meanwhile, he asked his own cooks to prepare a standard Spartan meal. So the Persian chefs presented a lavish banquet which comprised of several cuisines, delicacies and cakes served on golden plates. And the Spartans had prepared barley bread pig's blood stew.

After seeing the two meals side by side, the Spartans burst out laughing. “How far the Persians have traveled,” proclaimed Pausanias, “to rob us of our poverty!”

10 Startling Things You Should Know About Whistle