For the sake of development, what we are losing is forests. But some people think differently. Here is one example. A Brazilian couple replanted 1,502-acre forest in 20 years and also gave a home to 500+ endangered plant & animal species. 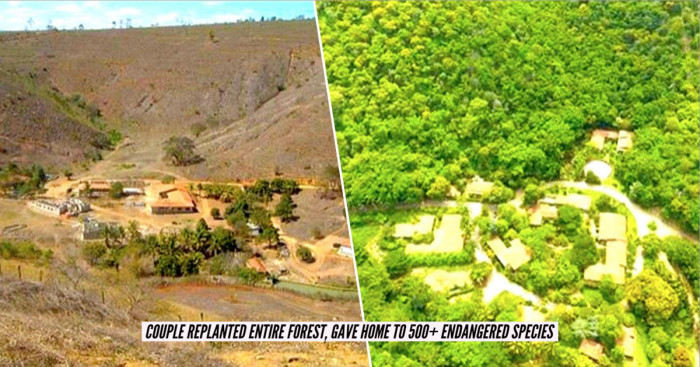 As we all know, an area almost equivalent in size to South Africa i.e.129 million hectares of forest have been lost from the Earth forever since 1990. And, due to such deforestation, not only species of animals and plants are losing their habitats every single day, but also people are suffering from several diseases. However, even after knowing everything, no one does anything about it as they believe it's not their work or they are unable to help.

But this Brazilian photographer Sebastião Salgado and his wife Lélia Deluiz Wanick Salgado decided to take a step. Yes, here we are talking about a Brazilian couple who planted 2 million trees in 20 years to restore a destroyed forest. Amazing, right?

They not only started a good work but also showed that what a small group of passionate, dedicated people can do. Hence they took deforestation in their hands and started the process of reforestation. And they also proved that all hope isn’t lost to save our planet.

How Did it Start? 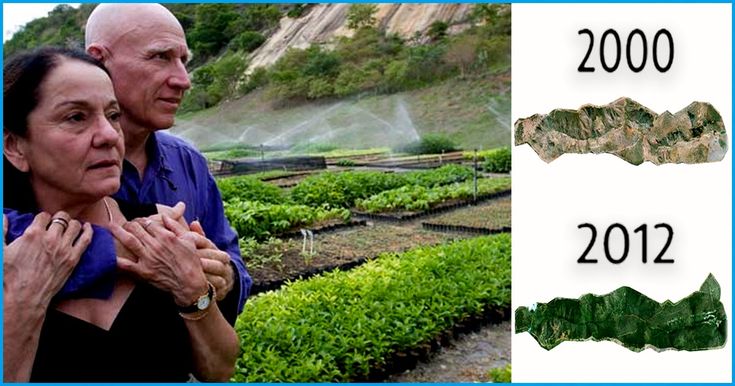 It all started when a renowned Brazilian photographer Sebastião Salgado returned home to Minas Gerais, Brazil, in 1994. There he expected to see the tropical paradise he knew from childhood.

However, the sight was exactly the opposite of what he expected. He saw a horrifying view of the place as the forest was destroyed completely. And, only about 0.5 percent of the land is covered by trees. But his wife Lélia had a  belief that it could be restored to its former glory.

According to a British daily newspaper The Guardian back in 2015, Salgado told a meeting of religious leaders explaining climate change that he had just returned from a traumatic assignment reporting on the genocide in Rwanda when he noticed the forest.

“The land was as sick as I was – everything was destroyed. Only about 0.5 percent of the land was covered in trees.
Then my wife had a fabulous idea to replant this forest. And when we began to do that, then all the insects and birds and fish returned and, thanks to this increase of the trees I, too, was reborn – this was the most important moment.”

The Steps they have Taken to Start the Project 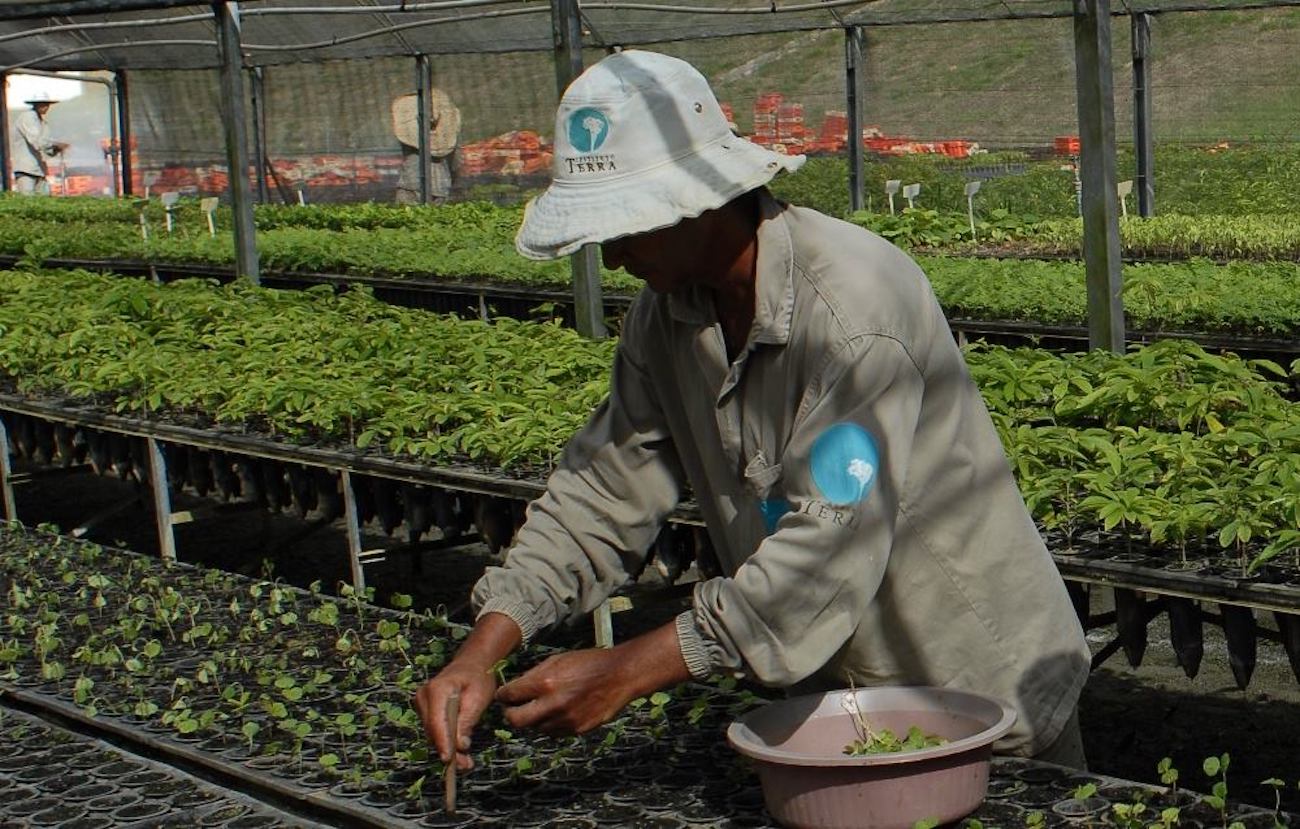 Now, to complete the project effectively, Salgado and his family set up the Instituto Terra. It is a community non-profit, non-governmental organization that started with the objective to restore the ecosystem. According to Science Insanity report, it transformed the environment by planting more than two million trees and also gave homes to 500+ endangered species.

When Was the First Seed Planted? 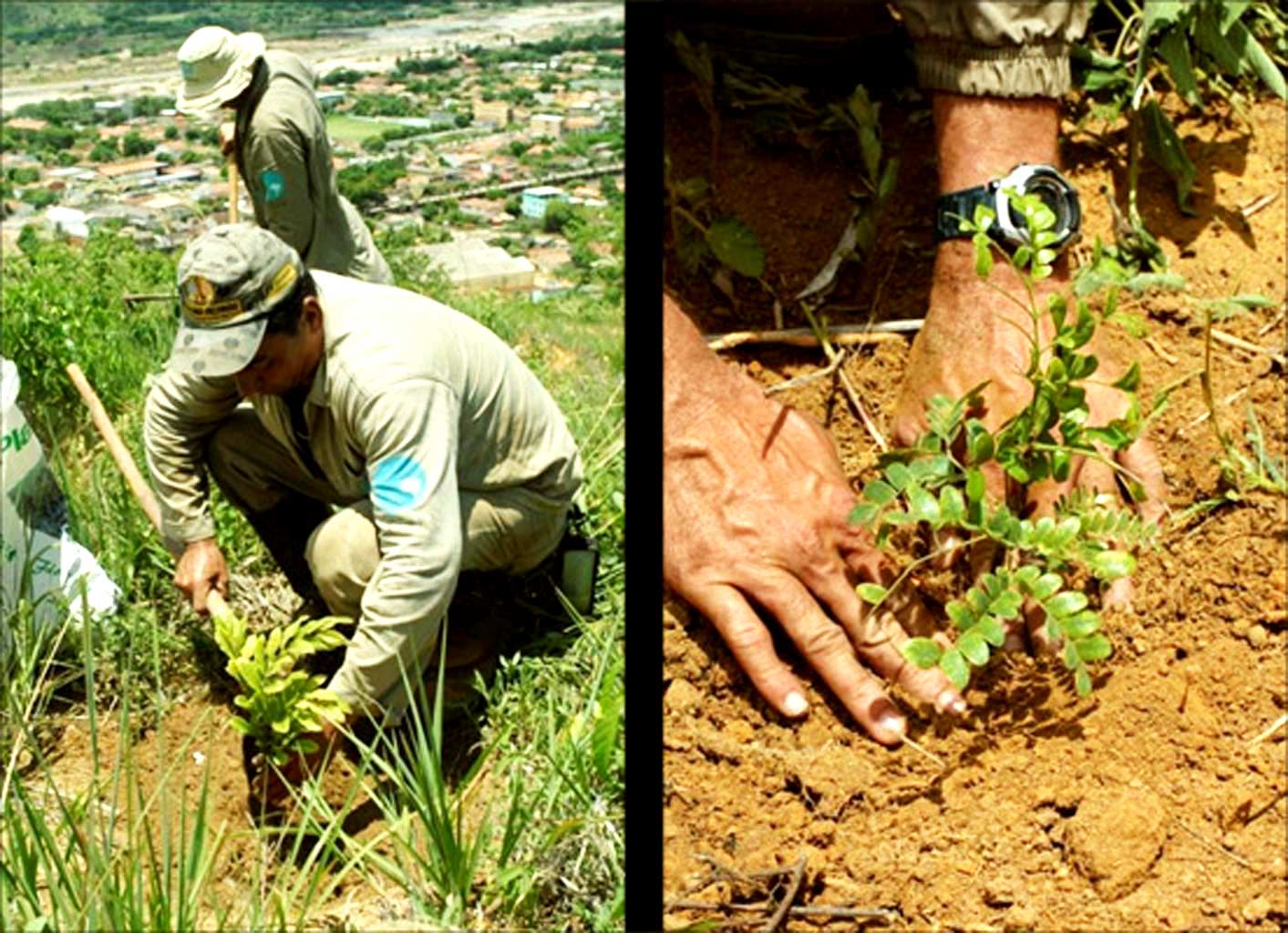 The couple hired around 24 workers in the beginning and planted the first seed in December 1999. Later this organization was joined by numerous volunteers over the years. The group uprooted invasive weeds and planted new seedlings by working day and night.

Later in a few years, they received a donation of one hundred thousand saplings, and that gave rise to a dense forest. And afterward, very shortly, tropical trees started flourishing in the entire region.

After Salgado’s forest was created, it resulted in even more rainfall in the area. Also because of the forest, the weather of the area becomes very cooler. That shows how a forest has brought a desirable and drastic change in the climate.

About this, the photographer says he has found one answer to climate change after doing such work.

“Perhaps we have a solution. There is a single being which can transform CO2 to oxygen, which is the tree. We need to replant the forest.
You need forest with native trees, and you need to gather the seeds in the same region you plant them or the serpents and the termites won’t come. And if you plant forests that don’t belong, the animals don’t come there and the forest is silent.
We need to listen to the words of the people on the land. Nature is the earth and it is other beings and if we don’t have some kind of spiritual return to our planet, I fear that we will be compromised.” 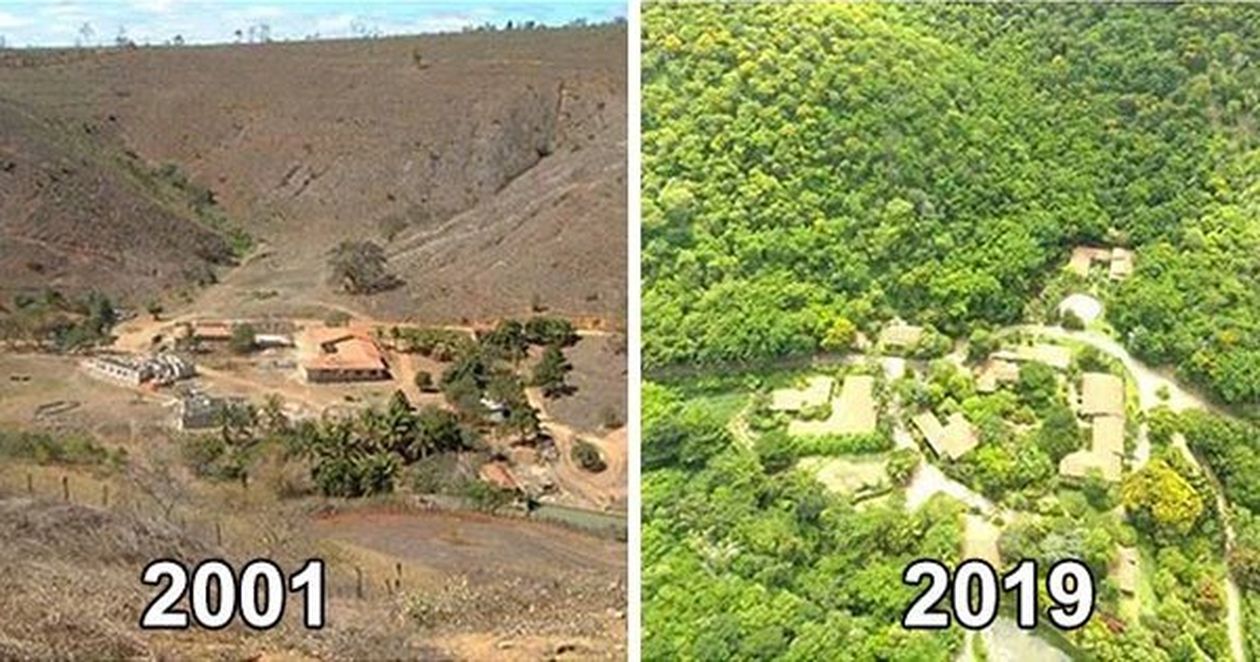 And so, the area flourished remarkably in the ensuing 20 years after taking utmost care to ensure that everything planted is native to the land. They say wildlife has returned now;  there is now a cacophony of bird calls and insects buzzing around where there was a deathly silence. 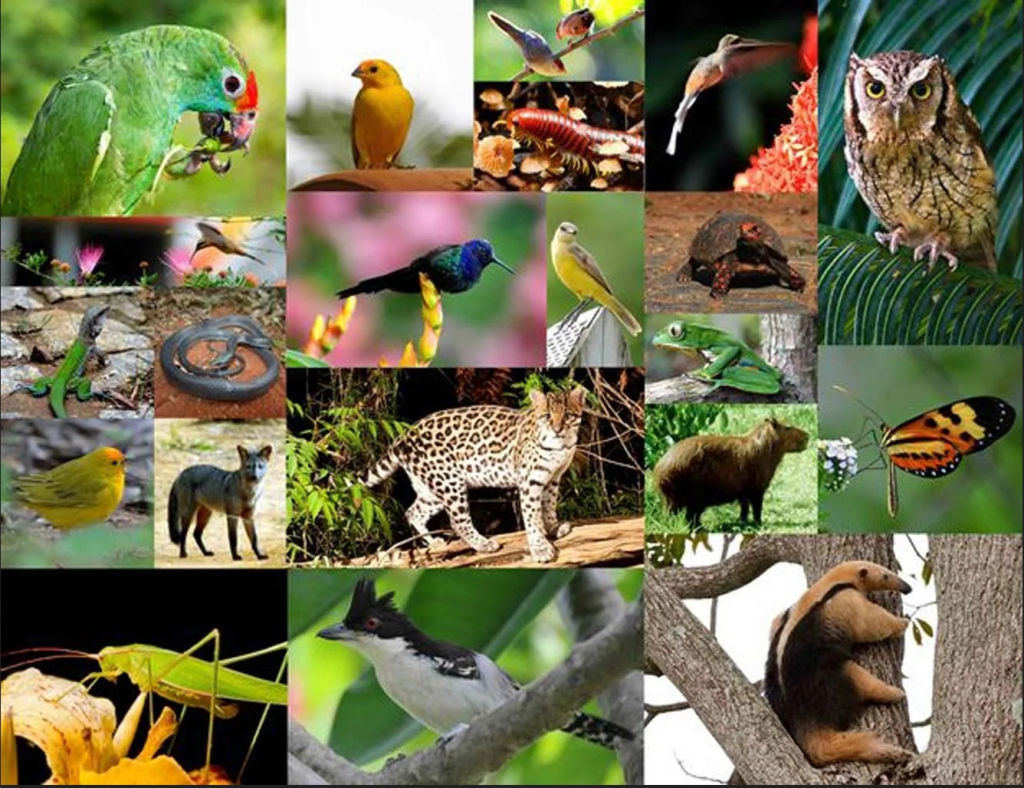 It's not only about trees 293 species of plants, but an entire ecosystem rebuilt from scratch. Yes, around 33 species of mammals, 172 bird species have returned, 15 species of reptiles and 15 species of amphibians are back in the forest.

Have a Look at Some of the Species from the Salgado’s Restored Forest:

A post shared by Sensibilidade & Sentimentos (@sensibilidade_e_sentimentos) on Aug 6, 2018 at 3:27pm PDT 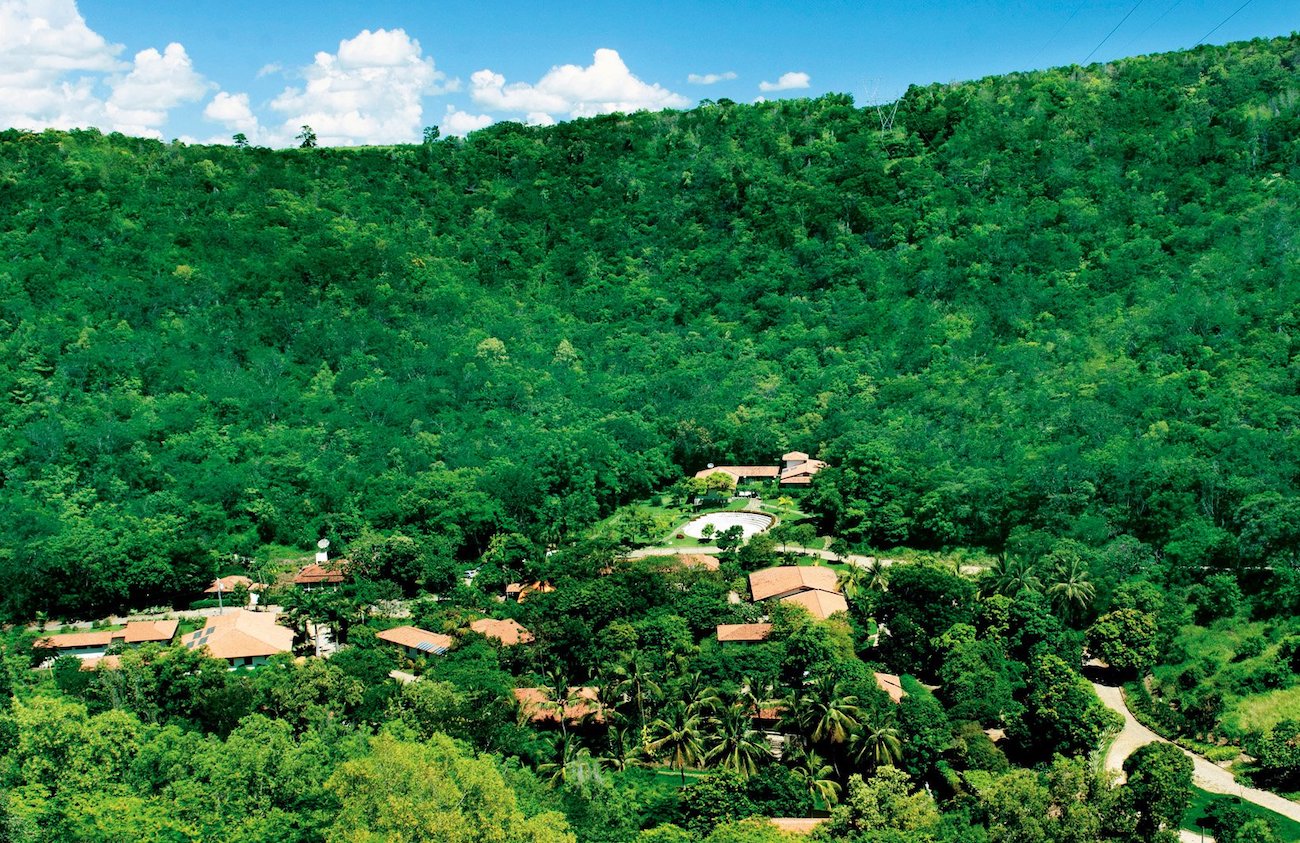 “This warms my heart. Fantastic work  by everyone involved.”

Yet another user wrote,

“Reminds me of an old Chinese Proverb- The best time to plant a tree was 20 years ago. The second best time is now.”

“I have hope for this world”

One other user wrote,

And some other user wrote,

Hence, this incredible project of restoring an entire forest has inspired millions by giving a particular example of positive ecological action. Proving that patience and persistence can be our keys to heal the wounds of nature people like Salgado and Lélia fill us with hope.

Just imagine, if in just 20 years, two people can create a 1502-acre forest, then if everyone comes together to protect the environment, how much can be done.

This Brazilian couple is as inspiring as a 26-YO guy who revived 12 dead water bodies and one company that is using drones to restore forests. Isn’t it?

We urge all the readers to plant trees and do something for nature.

Watch the Couple Talking about their Inspiring Endeavor Here.

Hats Off to This Brazilian Couple for This Incredible Work!