Fire accidents are pretty common and humans are not the only lives that are in risk from these accidents; the animal lives get affected too. A Cat in Volgograd of Russia was left behind in a burning building, she was later rescued by the firefighters. 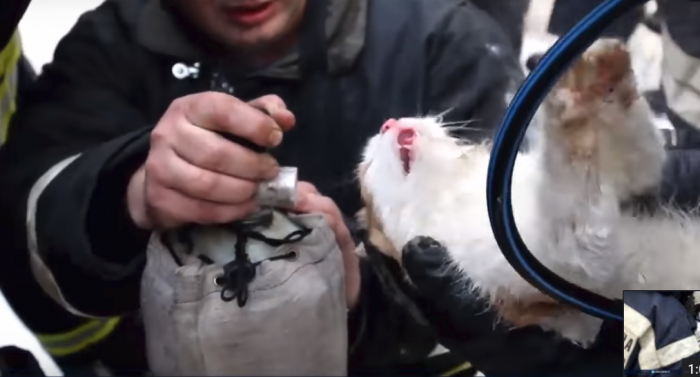 The Video shows a firefighter trying to clear the airway of the choking cat. The firefighter’s presence of mind and training to perform CPR on the animals is probably what saved the poor animals life, as it is a very different procedure as compared to human CPRs. Different degree of pressure should be applied to chest region to keep the blood pumping to the important parts of the body.

Russian firefighters rescued a cat in Volgograd, Russia by performing cardiopulmonary resuscitation and using pressurised oxygen from a canister, Monday.

The Cat Was Stuck In The Apartment Surrounded By Smoke 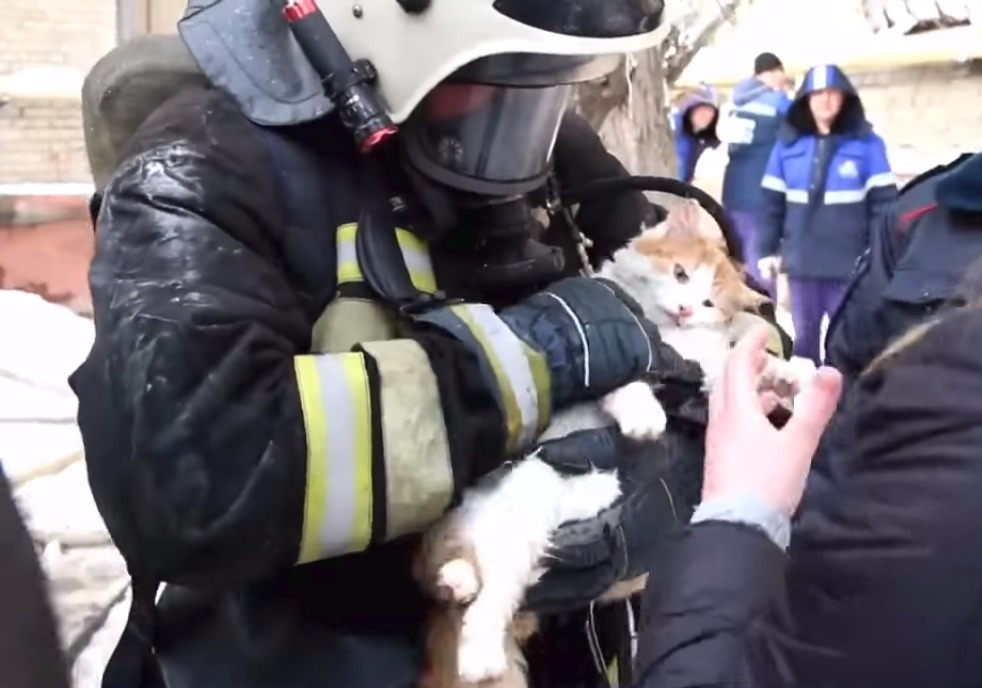 A massive fire broke out in a Volgograd apartment on monday. Firefighters found the barely breathing cat on a stairwell near the door of a flat.

They carried the pet outdoors, where they found its owner crying hysterically for her beloved pet. Firefighters opened an oxygen tank for the cat to breathe in the life-giving gas. One of the rescuers pumped the feline's chest for some time before the cat finally came back to life.

The owner left the scene pressing the shocked, but very much alive cat close to her chest.

For Those Who Are Unaware Of What A CPR Is 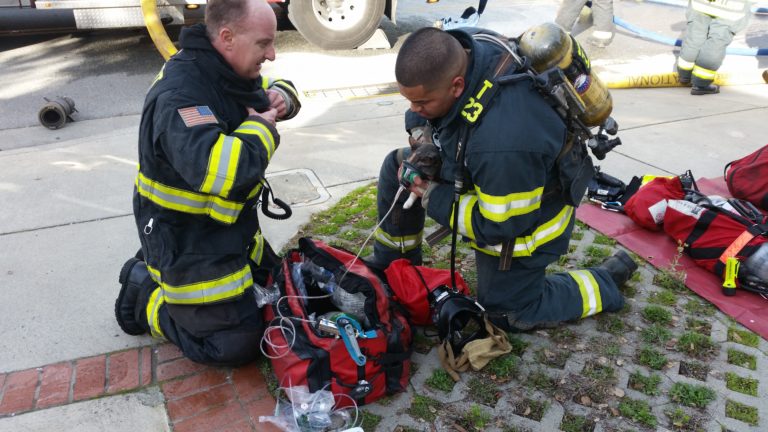 Cardiopulmonary Resuscitation (CPR) is a set of actions that should be done if a person stops breathing, or if their heart stops. The goal of CPR is to force blood and oxygen to keep flowing through the body. Every part of the body needs blood and oxygen to survive. CPR does not start a person's heart again.

However, it can keep pushing blood and oxygen around the body long enough that sometimes, it can keep the body from getting damaged by not having enough oxygen. 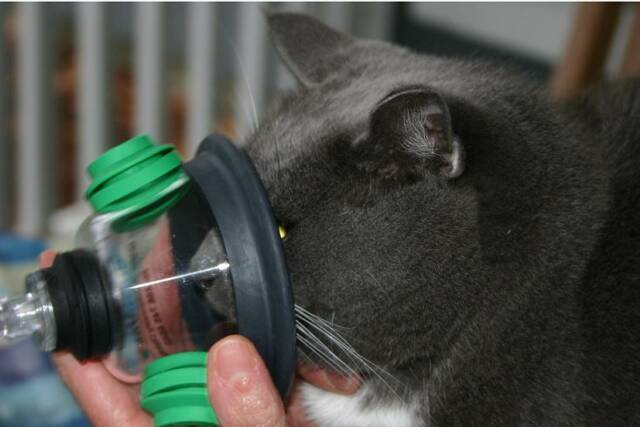 It's far better to do something than to do nothing at all if you're fearful that your knowledge or abilities aren't 100 percent complete. Remember, the difference between your doing something and doing nothing could be someone's life.

Lack Of Knowledge And Equipments Cost A Significant Amount Of Animal Lives 40,000/Year If You Believe The Statistics 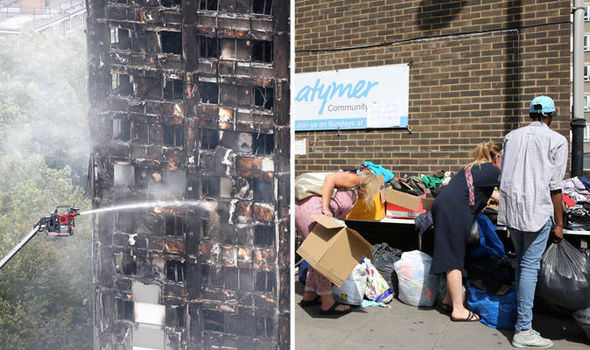 An estimated 40,000 pets die each year in fires, most succumbing to smoke inhalation. In many instances, emergency responders are not equipped to fully assist these animals because they lack specially designed pet oxygen masks and training. (11.1)

Follow These Steps To Perform CPR On A Pet, While You Wait For The Help