It was caught on camera & the eye roll of this beautiful Chinese reporter is going viral on the Internet even surpassing the most important Chinese term on social media like Xi Jinping. Read on the entire story and video footage... 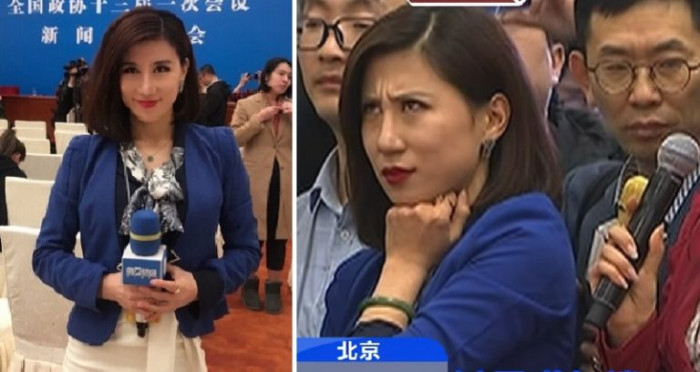 New chinese video is going viral! It was just the eye roll that attracted millions and obsessed the Internet in China. Soon after the clip went viral, the censors tried to block the excitement around the Journalist. The diva Liang Xiangyi has become the overnight sensation in China. The reason is the eye-roll which she gave to a journalist at a conference that is going viral on the Internet.

Captured live, Liang Xiangyi, a communicator for the Shanghai-based news network, looked up and down her eyes at the correspondent next to her, as she began questioning an official on the matter of state asset supervision.

#China #NPC #eyerollgate rages on: Ppl seem to be siding w/ eyeroller - as netizens dig up more on the questioner, who supposedly works for an “American” TV station but kept referring to China as “our country.” #fakeforeignmedia pic.twitter.com/ycodwnerxU

Liang, Xiangyi who was standing beside her, appeared so turned off that she rolled her eyes while moving head away from the reporter, whose question lasted for 44 seconds. She just dramatically rolled her eyes and turned her head with a strong disapproval. 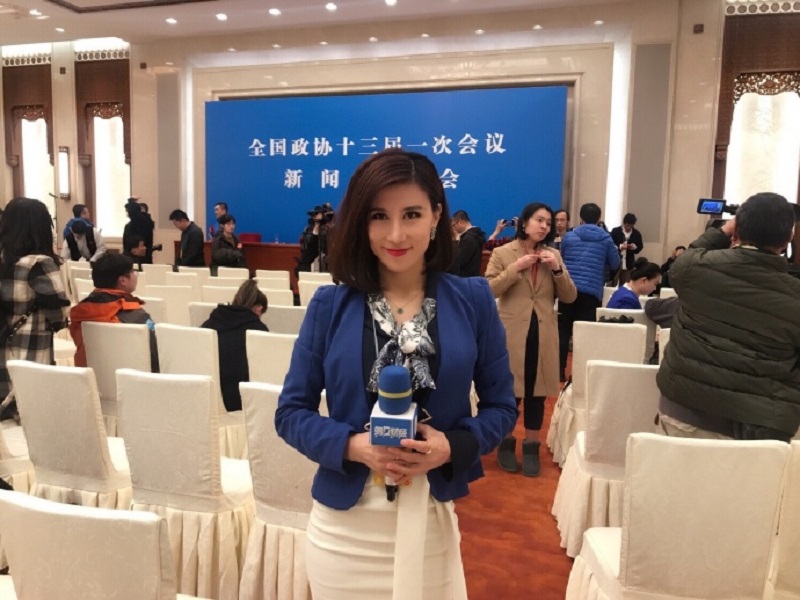 Within an hour her expression was spread on China internet space, memes, parody videos etc soon popped up on the web. Soon, the Chinese social media was divided into 2 camps i.e. red and blue for the journalist.

Amazing to see how these two ladies just exploded over Chinese social media in the span of a few hours. Fan art in the making #RedBlueCamps pic.twitter.com/s6frv2gEgW

Found my cell phone cover for the spring season on Taobao pic.twitter.com/wTjgndsfDx

Worth a thousand words pic.twitter.com/OdLsL39H1Y

Then it all entered into the censorship, after this matter Liang Xiangyi became the top searched names in China, censors tried stopping this excitement. According to the ‘Free Weibo’, - her name was the second most blocked word on the Chinese social media platform Weibo, surpassing even "Xi Jinping.

Chinese entrepreneurs went ahead while attempting the cash by introducing the smartphones cases featuring the reporters on sale on e-commerce sites.

On Wednesday the authorities released a notice prohibiting the discussions of her at the media outlets.

“Anything already posted must be deleted. Without exception, websites must not hype the episode,” according to the US-based China Digital Times, which posted the leaked directive.

One of the comments was - Sister, if you’ve lost your job,” one fan told her, “you can always work in social media”. – AFP journalist.