Genghis Khan brought law and civilization to Mongolia and is considered a hero in his native land.

History has given us several powerful rulers. Throughout history, people have looked over the concept of power and attained changes as an individual. Several great leaders have used their power to achieve prosperity for people and also created laws that raised living standards.

Do you know Genghis wasn’t his real name? The man who is known as the Great Khan of Mongols was born on the banks of the Onon River and was named Temujin. He didn’t get this name until 1206: when he was the leader of the Mongols at a meeting known as Kurultai. Genghis Khan statue is the world’s highest statue that represents a man on horseback.

Let us know more about his childhood struggle and historical background.

1. Genghis Khan had a Rough Childhood 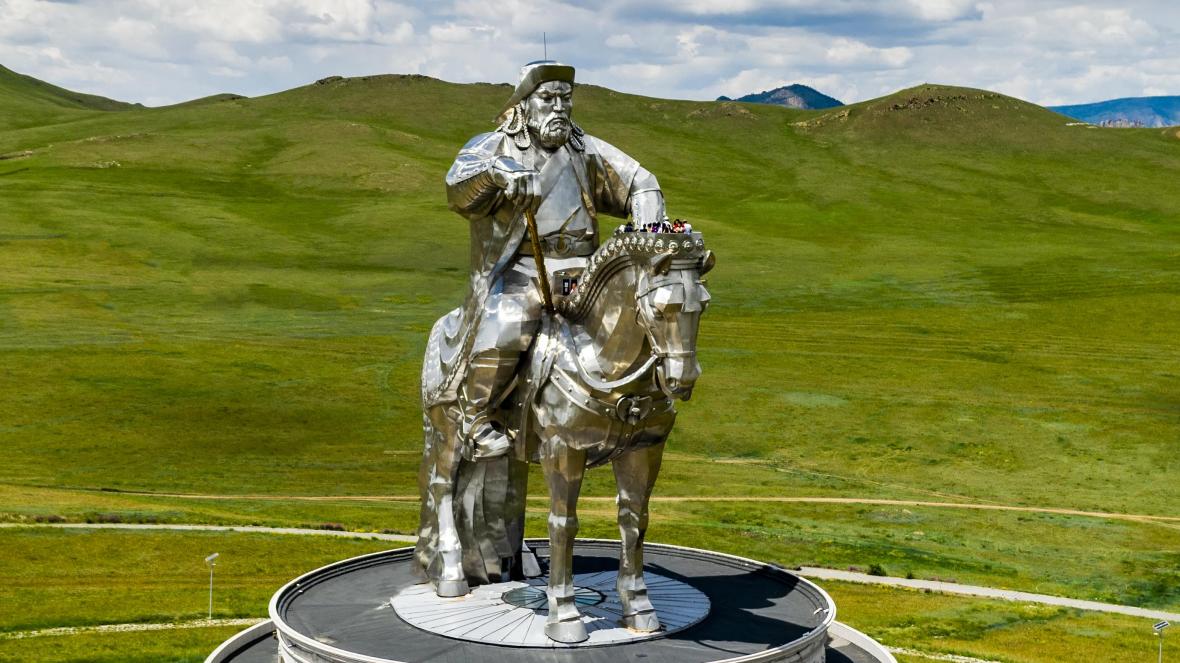 Right from childhood, he was forced to contend with the brutality of life. The Tatars poisoned his father when he was young, and his tribe expelled his family and left his mother to raise her children alone.

Genghis Khan grew up hunting and even murdered his half-brother in a fight over food. His rival clans abducted his young wife, and he had to spend his life as a slave before the escape. When he turned 20, he established himself as a warrior and a leader.

2. There is no Exact Record of What He Looked Like

Not much is known about Genghis Khan’s appearance. Some people described him as a long bushy beard and long hair; others claimed him with red hair and green eyes. It is also claimed that he was short with a broad chest and a large head.

3. He was Responsible for the Death of 40 Million People

While it is not the exact number, several people claimed that he was responsible for the death of over 30 million people. Census showed that the population of China plummeted by tens of millions during Khan’s lifetime. The scholar estimated that he might have killed three-fourths of modern-day Iran’s population during the war with the Khwarezmid Empire.

4. No One Knows Where he was Buried and the Cause of His Death 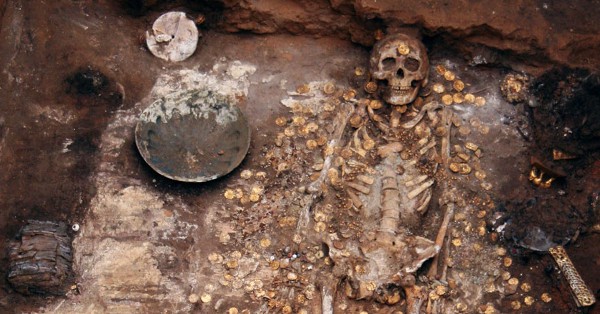 The sources say he died in 1227 due to injuries. However, other sources claimed that he died of malaria and also of an arrow wound in the knee. His tomb is likely on or around a Mongolian mountain called Burkhan Khaldun, but to this day, the exact location is still not known.

He was asked to be buried without markings or any sign. When he died, his body was returned to Mongolia to his birthplace in the Khentii Aimag. The Genghis Khan Mausoleum is his memorial, but not a burial site.

He had three brothers, one sister, and two half brothers. He had many wives and concubines. His father arranged a marriage for him and gave him to the family of his future wife.

While heading home, his father ran into Tatars, who had been the enemies of Mongols for a long time. They offered him food that poisoned him. For the next few years, the family lived in poverty and survived on fruits and marmots.

6. He Left a Score Unsettled

He gave other kingdoms a chance to submit to Mongol rule. One of the important and famous campaigns of revenge came in 1219 after the Shah of the Empire broke a treaty with the Mongols.

The Khan offered a valuable trade agreement to exchange goods along the silk road, but when his first representatives were murdered, the Khan responded by releasing the force of his Mongol Hordes on the territories in Persia. The war killed millions, but the Khan didn’t stop there. Later, Genghis Khan ordered the execution of the royal family as punishment for their defiance.

7. His Trusted General Were His Former Enemies 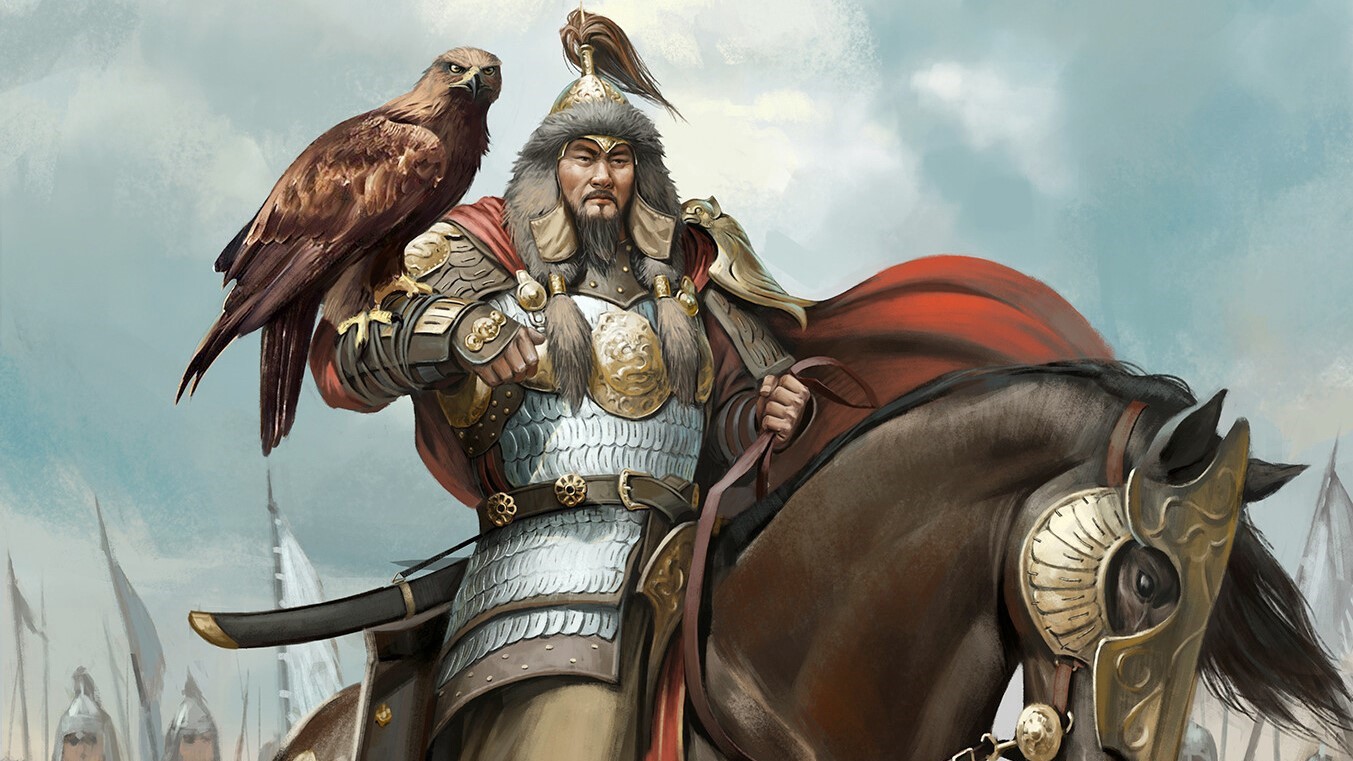 It was believed that Genghis Khan used to find talent and then promote them based on their skills and experience and not based on class. The most common example of this belief happened in 1201 in the battle against the rival Taijut tribe. During that time, Genghis Khan was almost killed after his horse was shot with an arrow. He later addressed the prisoners and ordered them to know who was responsible for this.

The soldier who stood up and revealed the name was promoted to officer in his army and was named Jebe. Later, he would become the Mongol’s greatest field commanders during their conquests in Asia and Europe. In the early years, he allowed soldiers to join his army, growing his forces with each victory.

Besides a bow and a horse, the Mongols best weapon was the vast communication network. The medieval express comprised well-organized stories of houses and stations across the whole empire.

The system allowed goods and confidential information to be transferred everywhere. The Yam also helped to protect foreign dignitaries and merchants during travel. Later, the service was used by the likes of John of Plano Carpini.

9. He Conquered Northern China and Started the Yuan Dynasty 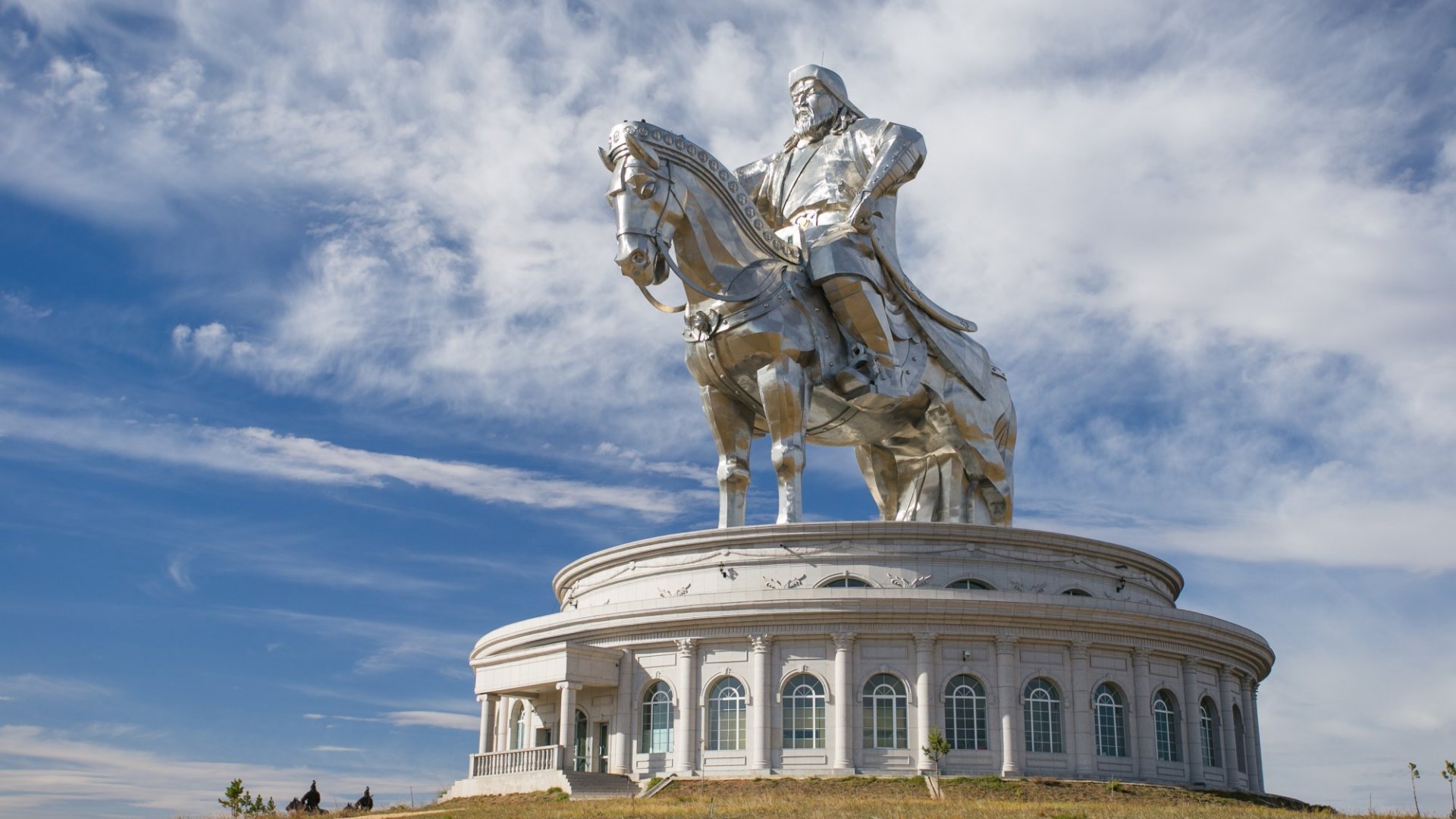 The Western Xia and Jin empires occupied the area north of the Yangtze River.

During his rule, he initiated campaigns that eradicated the Western Xia. With 50,000 troops, they attacked the Jin, who had 500,000 troops. He began the Yuan empire that was ruled by his family (children and grandchildren).

He died while fighting the Western Xia troops. When he died, he controlled almost 1/3rd of Asia. His empire was covered from the Pacific Ocean to the Caspian Sea. His empire was two times bigger than the 6,000,000 sq km Greek Empire of Alexander the Great.

10. By 1206, Temujin Became the Ruler of Mongolian Plains

After several years of fighting, Temujin united several tribes that inhabited the plains. The union then was known as the Mongols, and Temujin was bestowed with the title Genghis Khan.

Genghis Khan’s Empire included Korea, China, Turkey, Iraq, Pakistan, Kuwait, Moldova, Iran, and several parts of Russia. He believed that the strength of the man could be defined by the children he left behind. You won’t believe that he had thousands of women with him and was the father to many.

His army slaughtered more people than Joseph and Adolf Hitler combined. His campaigns eliminated the entire civilian population. On his order, he was buried at an unknown location in Mongolia. He requested that a river should be diverted over his grave so that he would bever be disturbed.

He supported ethnic diversity within his empire and allowed people from other cultures to administer his cities. Women during his era were also respected in the Mongolian Empire. He modernized Mongolian culture by adopting the Uyghur script and by creating the Yassa code of law.

13. The Tribe of Mongolian Plains

When he was 10, he killed one of his half-brothers. At the age of 15, he was enslaved by his neighboring Mongol tribe and escaped with the help of a guard. This gained him valuable allies.

When he turned 16, he married Börte and allied with her Mongol tribe. He married several women in his life, but Borte was his only Empress. When Borte was kidnapped, he rescued her with the help of the Kerait tribe and Mongol tribe led by Jamukha.

14. Genghis Khan was a Tengrist

He was a Tengrist but was religiously interested in learning philosophical and moral lessons from various religions. He embraced the diversity of conquered territories and consulted Buddhist monks and Christain missionaries.

In 1206, the Mongol Empire created by Genghis Khan and his allies shared borders with the Western Xia dynasty. He organized his people, army, and his state to prepare for war with Western Xia.

In 1211, after the conquest of Western Xia, he planned to conquer the Jin dynasty. In 1215, Jin seized and sacked the capital of Zhongdu. After the defeat of the Khwarezmian Empire, he gathered his forces and returned to the Mongolian steppes. The Mongol army was split into two forces.

Genghis Khan led the army raid through Afghanistan towards Mongolia. The Mongols defeated the Kingdom of Georgia and spent the winter near the Black Sea.

Genghis Khan became leader when he turned 46. Through defeating the enemies and winning the loyalty of others, he managed to subdue several nomadic tribes under his rule. He is one of the most formidable rulers in history and forged the largest empire ever.

Do you know other facts about Genghis Khan, his struggles, and life? If yes, then share them.