16 Weighty Facts About Gravity That Would Leave Your Mind Blown

Take a look at the facts about gravity that you might not have read anywhere. These facts would help you know about gravity in greater depth. 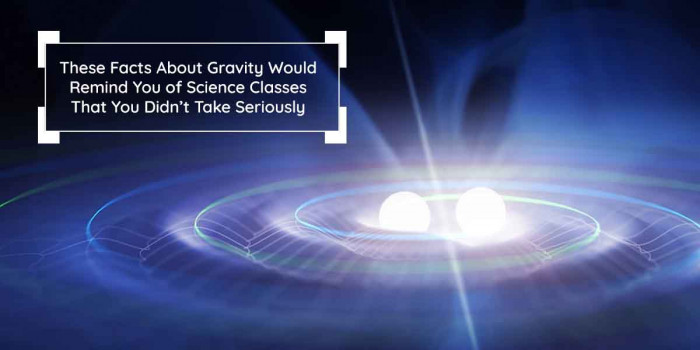 Science is full of interesting theories. Scientists have researched several topics and made us wonder about inventions. Gravity is one of the common topics ever read or heard in science. It is a natural phenomenon by which all things, including stars and galaxies, are brought towards one another. On earth, this phenomenon gives weight to physical objects. Gravity is more than you think that makes things fall downward. It controls the motion of planets around the sun and holds galaxies together.

Gravity is described by the general theory of relativity, which describes gravity not as a force but as a result of masses moving along with geodesic lines in a spacetime caused by the uneven distribution of masses. The best example of this spacetime is a black hole from where not even light can escape. It is the weakest fundamental force in physics. It is approximately 10x38 times weaker than the strong interaction and 10*36 times weaker than the electromagnetic force.

Gravity Based on General Relativity 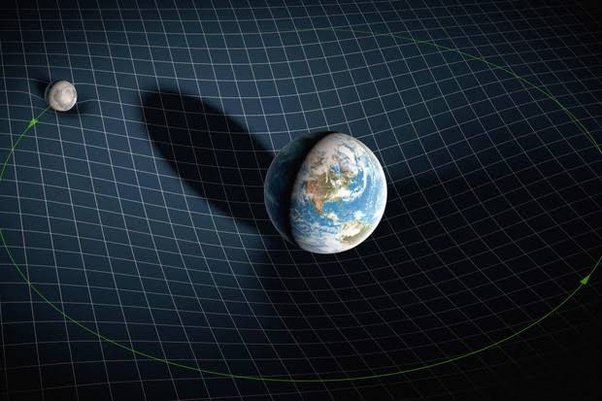 In General relativity, the effects of gravitation are regarded as spacetime curvature instead of force. Einstein proposed that spacetime is curved by matter, and falling objects are moving along straight paths in curved spacetime. The straight paths are called geodesics. Similar to Newton’s first law of motion, Einstein states that if the force is applied to the object, then it would deviate from a geodesic. The Einstein field equations are a set of 10 simultaneous differential equations.

The solutions of the equation are the components of the metric tensor of spacetime. The test of general relativity accounts for the anomalous perihelion precession of mercury. It also includes the theory’s prediction of frame dragging with the recent Gravity Probe B. Furthermore, it shows the prediction of the deflection of light was first confirmed by Arthur Stanley Edding during the Solar Eclipse of 29 May 1919.

The Gravity of Astronomy and Gravitational Radiation

General relativity predicts that energy can be transported through gravitational radiation. The accelerating matter can create curvatures in the space-time metric. Also, co-orbiting objects can generate curvatures in space-time, such as pairs of neutron stars and black holes. Do you know gravity is weaker than a fridge magnet? Another fact is- without gravity, the solar system would collapse.

Let us know some more amazing facts about gravity and understand this phenomenon in-depth.

1. You can feel up to 90% of Earth’s gravity on the International Space Station

According to research, the International Space Station orbits Earth at an altitude of 320 to 400 km. The astronauts living inside feel weightlessness under the influence of microgravity. The gravitational pull of the earth keeps the space station in orbit, but it travels so fast that it doesn’t fall back down to the ground. Due to weightlessness, they are in constant freefall around the earth.

2. Gravity is the weakest force ever known 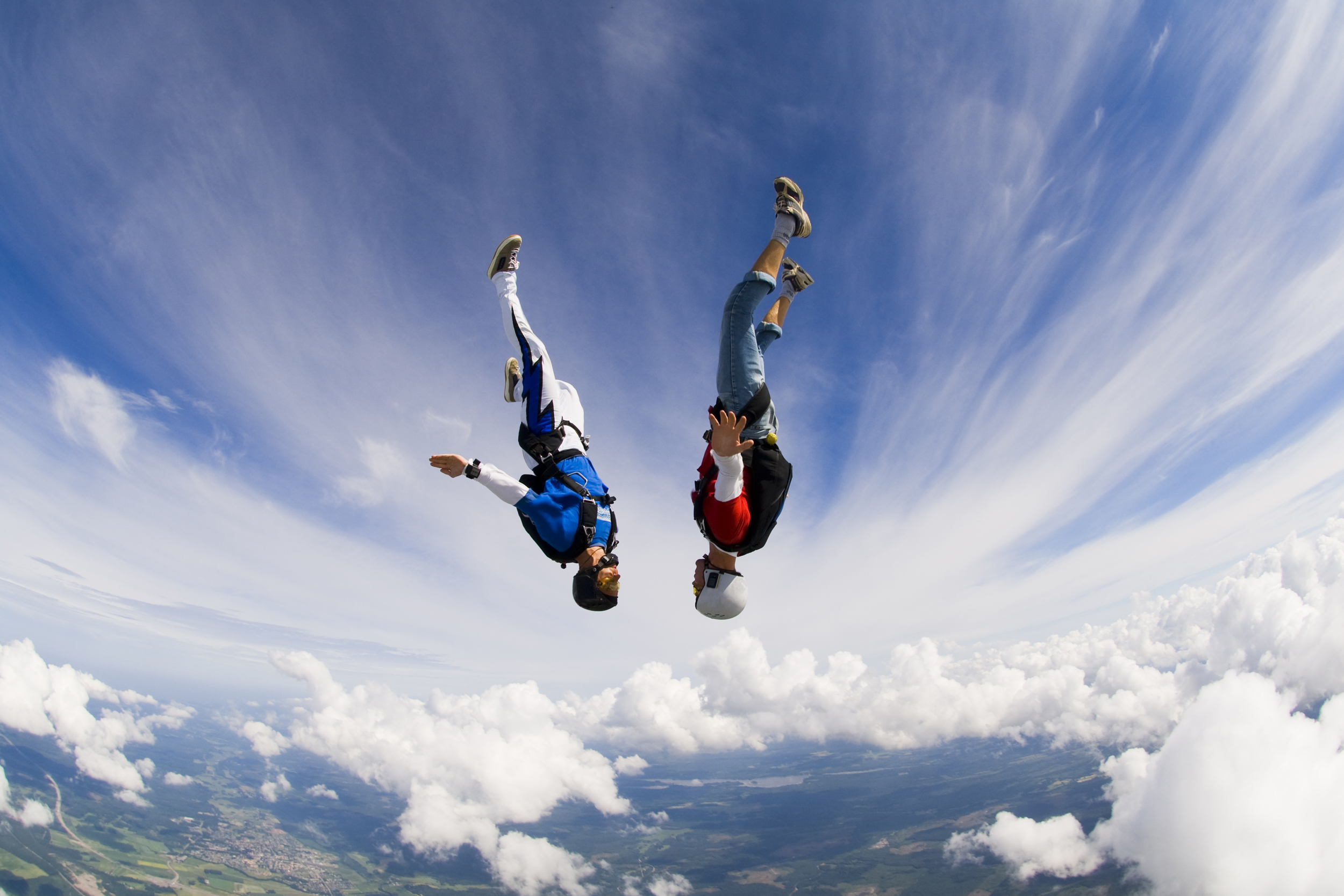 This phenomenon only attracts. There is nothing that can push things apart. Gravity is strong enough to hold galaxies together but the weakest force that you overcome every day. For instance, when you hold a cup or book, you are reducing the force of gravity from the earth.

The electric force between an electron and proton is stronger than the gravitational attraction between them. You can’t measure how weak a gravitational force is. It is one-directional. It attracts objects to come closer but cannot reverse to force them apart.

Several bacteria grew onboard a NASA Space shuttle that behaved differently from bacteria grown on the earth. Bacteria get stuck in shape and survive in higher densities. These changes helped astronauts in understanding bacterial biofilms during long space flight. This fact about gravity is still not known to everyone. 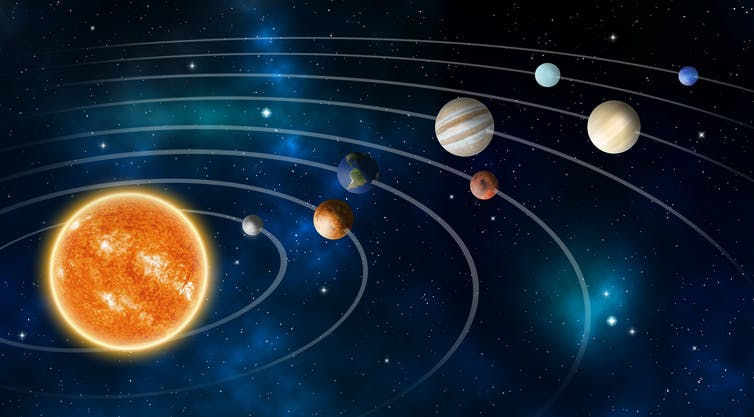 When a star dies, it leaves a remnant core with a mass that it collapses under the force of gravity, creating a black hole. These holes have a gravitational pull that not even light can escape. The gravitational force can break nearby stars into pieces and destroy their component atoms.

5. The range of gravity is infinite 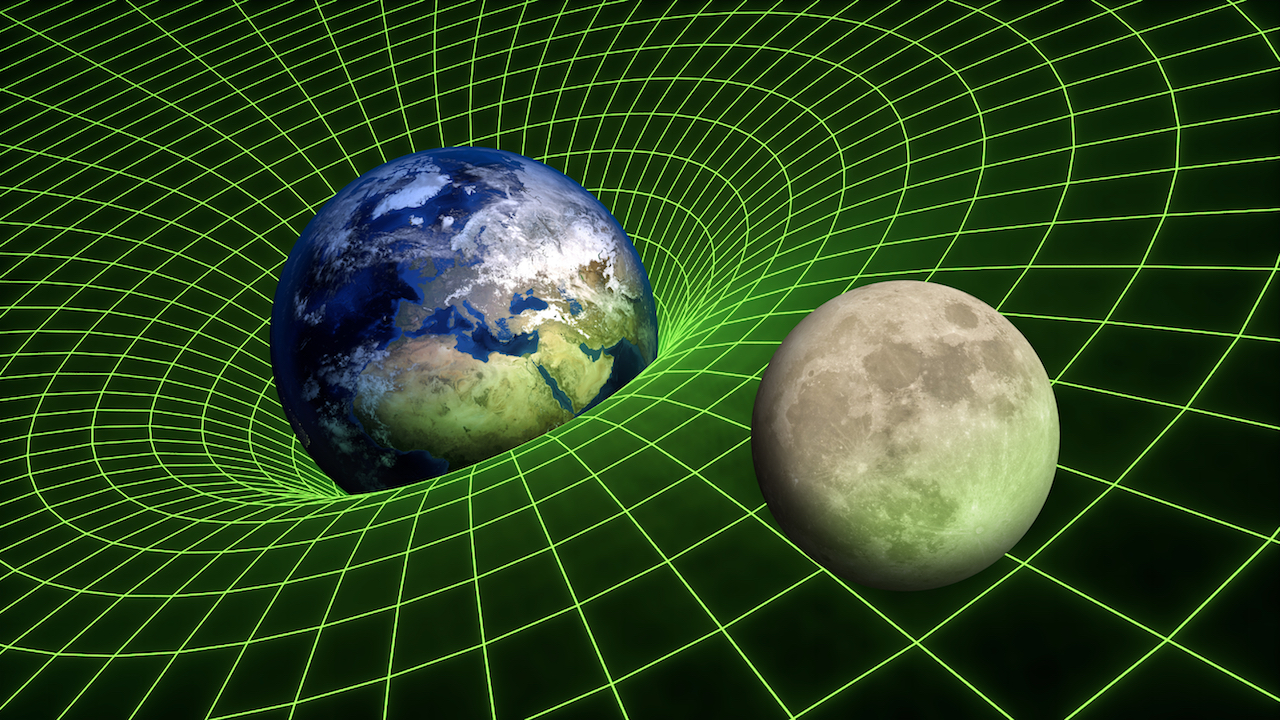 It might be the weakest force, but it has an unlimited range. Its force decreases as the objects move farther apart. However, its reach is infinite. According to Einstein, gravity is not a force. Space-time is bent by objects while distorting the paths of other objects.

If there is a large collection of matter between the Earth and a light source, then the path of light curves as it travels towards us, creating multiple images or an Einstein ring. Einstein revealed that gravity is the result of the objects distorting space-time. As light travels through on any object, it is forced to travel around the curve, and its path is bent.

7. Gravity travels at the speed of light

According to the theory of gravitation, the gravitational pull is instantaneous. Also, according to Einstein, the effects of gravity travel at the speed of light. For instance, if the sun disappeared, we would continue to orbit in space for over 5 minutes. Do you know this fact about gravity?

8. You weigh three times more on Earth than you would on Mars

Your weight is the force of gravity acting on your mass. Also, the mass is fixed based on the atoms that make your body. On other planets, the gravitational pull is different. So, if the mass is the same, your weight would change. 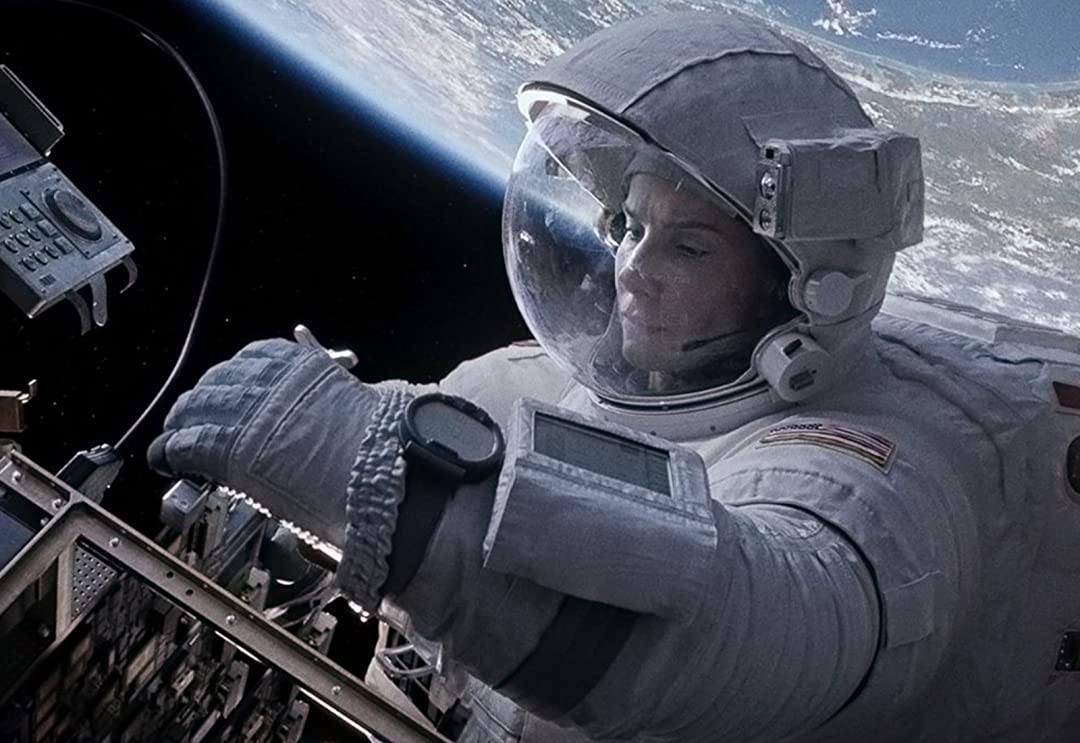 Airplanes perform a swift up and down motion called a parabolic arc to induce a period of weightlessness. This allows people to train for space travel. US Astronauts say sneeze and fart in zero gravity can propel in space. 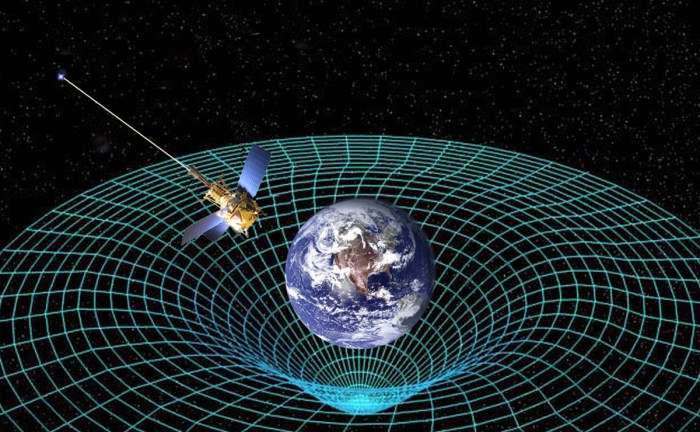 Another lesser-known fact about gravity is associated with waves. If two stars or black holes are locked in mutual orbit, they get closer as gravitational waves carry energy away. Earth also emits gravitational waves, but the energy loss is unnoticeable. One example of relativity is that nothing can travel faster than the speed of light in a vacuum.

11. Gravity holds the planets in orbit around the sun and keeps the moon in orbit earth

The gravitational pull of the moon pulls the sea towards it and causes the ocean tides. Gravity not pulls on mass but also on the light. You could not live on earth without gravity. The sun’s gravity keeps Earth in orbit around it while keeping us at a distance to enjoy the sun’s light. However, gravity is not the same everywhere. It is stronger on the places with more mass and than places with less mass. Here are places on earth that don’t experience gravity and are a famous tourist attraction.

12. Passengers in amusement parks and International Space Station experience microgravity because they fall at the same speed as the vehicles.

13. Pluto is no longer a planet but plays an important role in gravity.

A man weighing around 68kgs would not weigh more than 5kgs on the dwarf planet. Mars's gravitational pull is 38% that of Earth. That means a person weighing 150 pounds would weigh 26kg.

14. Gravity is not Even At All Places 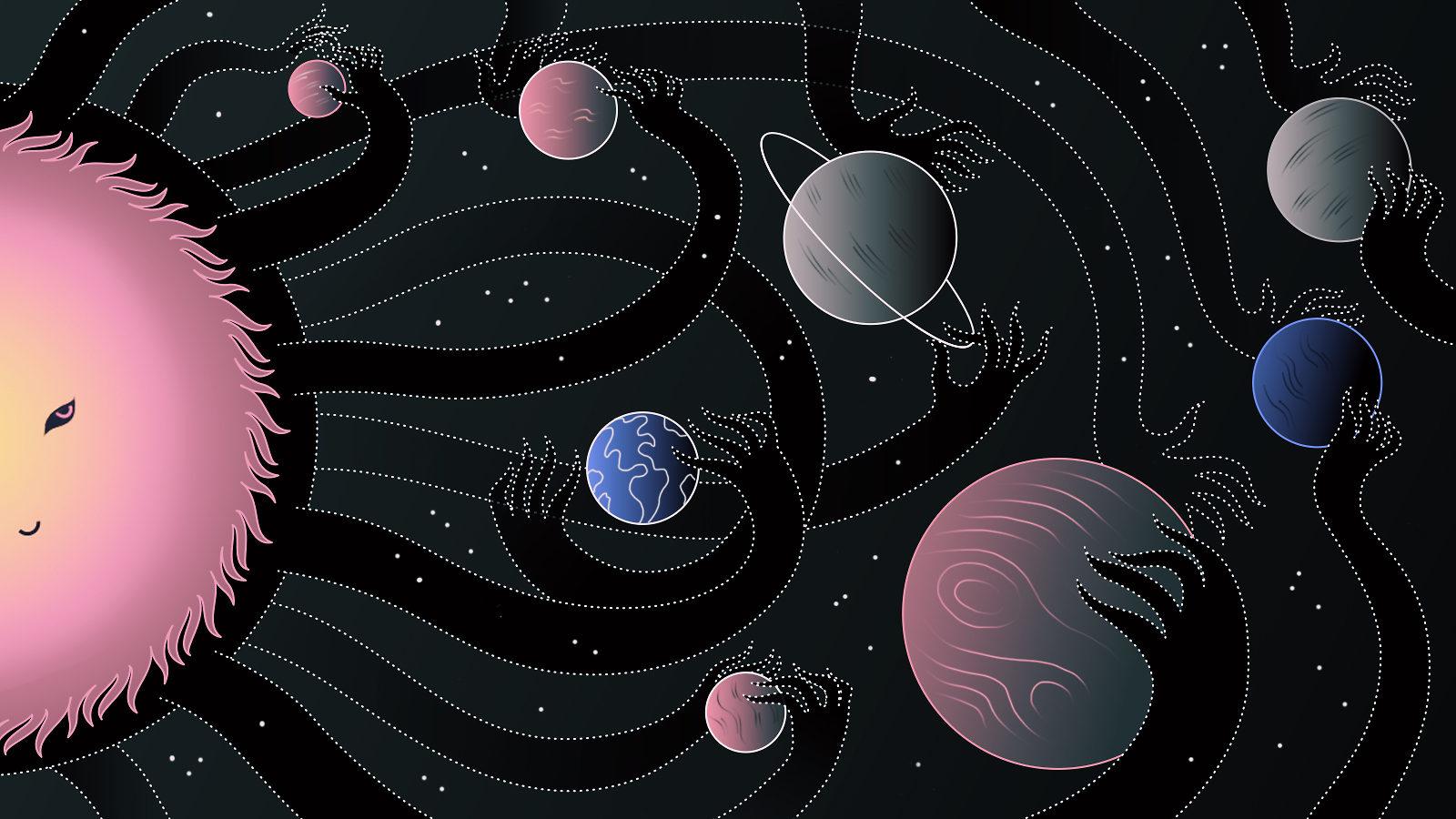 Globe is not perfectly spherical; therefore, mass is not distributed evenly. The gravitational anomaly in the Hudson Bay of Canada is lower than in other regions. The gravity over an area is proportional to the mass atop that region and glaciers have aside from the earth’s mass; therefore, gravity is less strong in the ice.

15. Gravity and Weight are not Similar

The force of gravity on astronauts is around 90% of the force they would experience on the earth. Astronauts are weightless since weight is the force the ground exerts back on them on earth. In the standard model, particles interact with each other through force-carrying particles. It is a weak phenomenon, but when two objects are stronger together, the objects experience stronger gravitational force.

16. Galileo Galilei proved gravitational acceleration is constant through the Tower of Pisa

The Italian scientist Galileo Galilei dropped spheres of different masses from the Leaning Tower of Pisa. He demonstrated how their time of descent was not based on mass and fell at the same time. According to his student, Galileo discovered that objects fell at the same speed. Through this, he disproved Aristotle’s theory of acceleration due to gravity which describes that objects fall at speeds based on their weight.

Anything that has mass or weight has gravity. Objects with more mass have more gravity.

Do you know other facts about gravity that are not mentioned in books? If so, then share them in the comment section below. 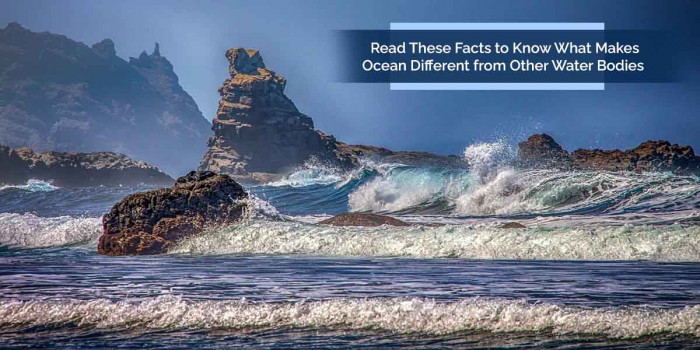 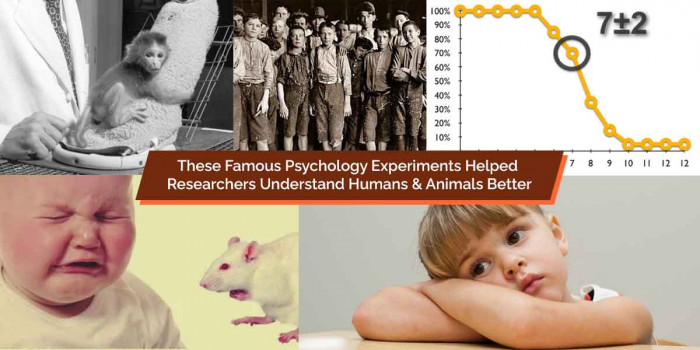