Each day science and technology introduces new things that will revolutionize the present and the future, some technologies just like that has already turned the transportation world, upside down. 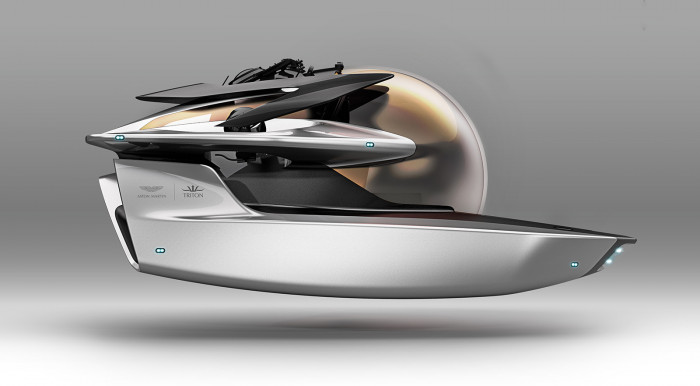 A decade from now the thought of driverless cars would have scare the living shit out of us. But as time went by we were introduced with technologies beyond our time and we are making our peace with it. 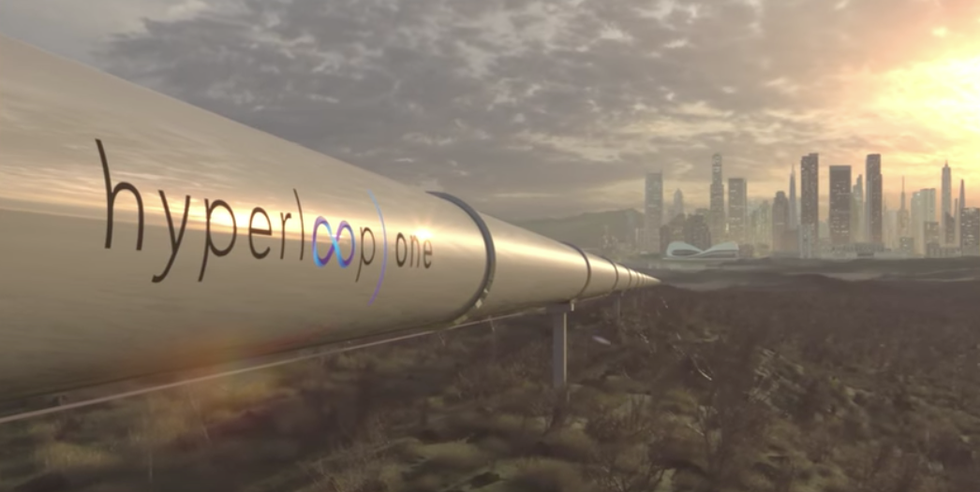 The concept of Hyperloop transportation was introduced and named by Elon Musk in August 2013, although he is not involved with Hyperloop One or any other company developing Hyperloop. Musk envisioned futuristic cities with Hyperloop connecting them.

The Hyperloop uses a linear electric motor to accelerate and decelerate an electromagnetically levitated pod through a low-pressure tube. The vehicle will glide silently for miles at speeds up to 670 mph (1080 km/h) with no turbulence. The system is designed to be entirely autonomous, quiet, direct-to-destination, and on-demand. 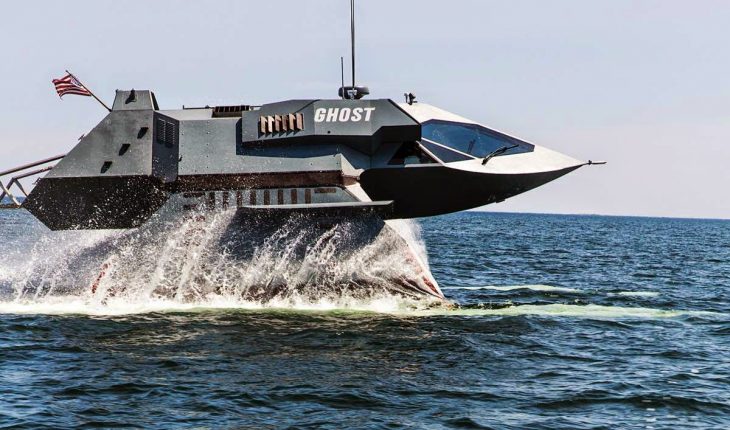 GHOST is an advanced super-cavitating stealth ship that can reduce hull friction to 1/900th that of conventional watercraft. It was developed to provide superior protection and capabilities for United States military personnel. It was designed, developed and built by private American company Juliet Marine Systems. 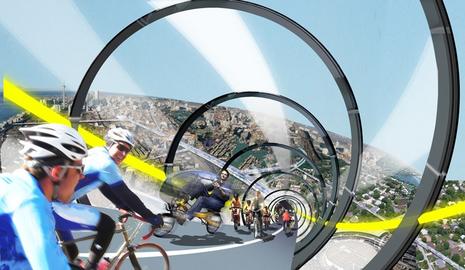 Toronto based Architect Chris Hardwicke wanted to make bike rides healthier and safe, so he did something about it. He proposed "a high speed, all season, pollution free, ultra-quiet transit system that makes people healthier. Using an infrastructure of elevated cycle tracks, velo-city creates a network across the City. " 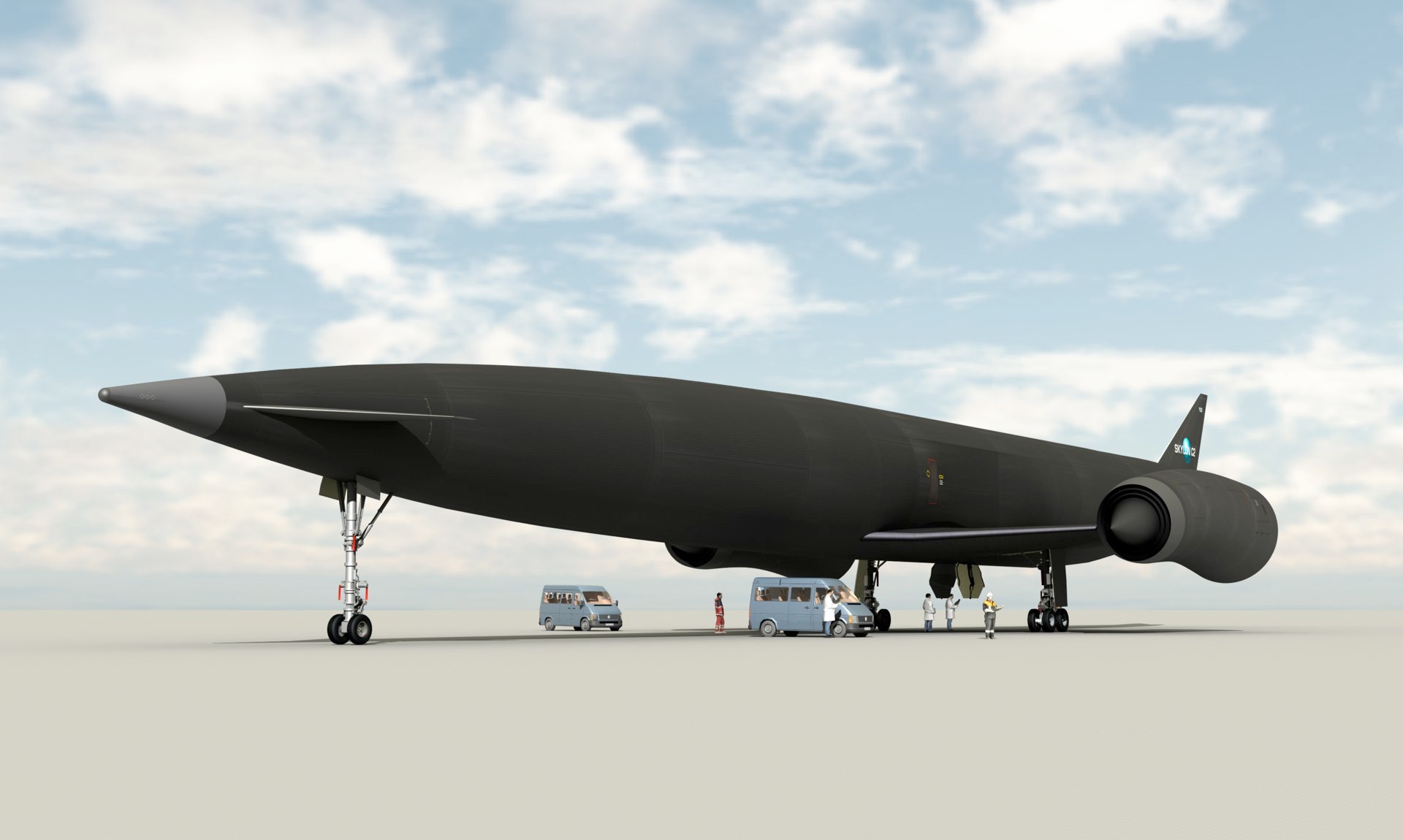 Skylon is a series of designs for a single-stage-to-orbit spaceplane by the British company Reaction Engines Limited, using SABRE, a combined-cycle, air-breathing rocket propulsion system. 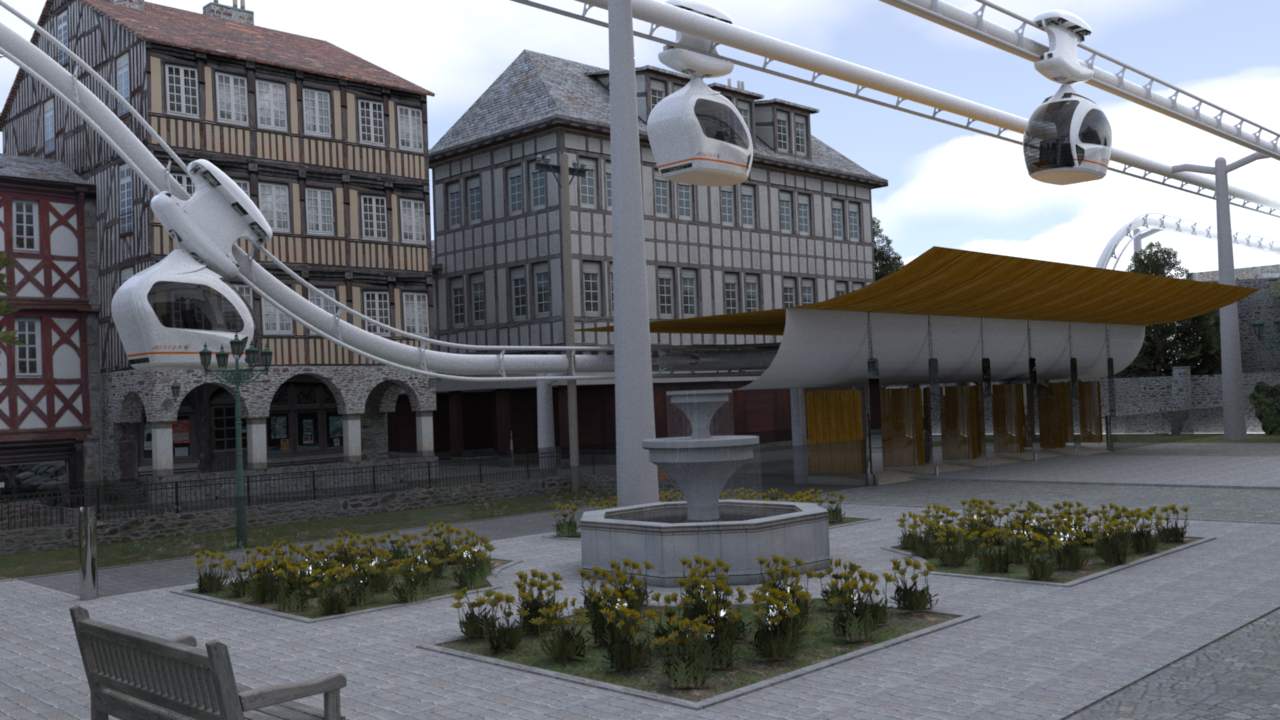 SkyTran is a rapid transit system that runs on magnetic levitation and uses personal rapid transit architecture, commonly called pod taxis. SkyTrans' aluminum rail levitates with help from gravity, a magnet, and a short burst of electricity. Once the pod reaches 10 mph, it continues to glide and accelerate without any additional power.

The Solar Express will first begin to accelerate by making use of rocket boosters. It will then use the planets’ gravity to continuously slingshot itself back and forth between the two. This way, the train would be able to reach 1% of the speed of light, or about 1,864 miles per second. This speed would reduce an Earth-to-Mars trip to just 2 days. (15.1)

The proposed Rockets will be able to connect any two cities anywhere on the face of the Earth. One such rocket would be able to transport 100 people from New York to Shanghai at speeds of 17,000 miles per hour and in just 39 minutes. It would, thus, take most people more time commuting to work every day than it would to travel halfway around the world. (15.2)

Conceptualized by Technicon Design, an international agency, this proposed idea was designed to make use of already existing technology, or one that will be available in the very near future. Instead of the standard plane windows, these private jets will have no windows whatsoever.

The Float is a car concept designed by student Yunchen Cai which makes use of the Maglev system. The design makes the Float look like a bubble floating just above the street. Each individual pod is able to seat one or two passengers, but several of these pods can clamp up together (like bubbles in a bubble bath), allowing for more people to travel together.

Uber and NASA have come together in order to make flying cars a reality. Known as Uber Elevate, this project involves the development of a vertical takeoff and landing (VTOL) aircraft, which will most likely have a fixed-wing design. Mobile propellers at each end of the wings will be able to rotate up and down, thus allowing the VTOL to land and takeoff on the spot, without the need of a runway.

Four university made this concept of self balancing Scewo wheelchair by independently fundraising and designing.

This wheelchair uses two large wheels to drive on flat terrain, while two sturdy rubber tracks allow it to climb and descend stairs with ease. Thanks to its wide base, the wheelchair is also able to go up and down spiral staircases. Its design is also compact enough so as to maneuver easily indoors and fit through standard doors. It can also rotate on the spot, drive on slippery terrain such as snow or loose gravel, and can raise itself so as to bring the user at eye-level, as well as to reach overhead objects. (15.3) 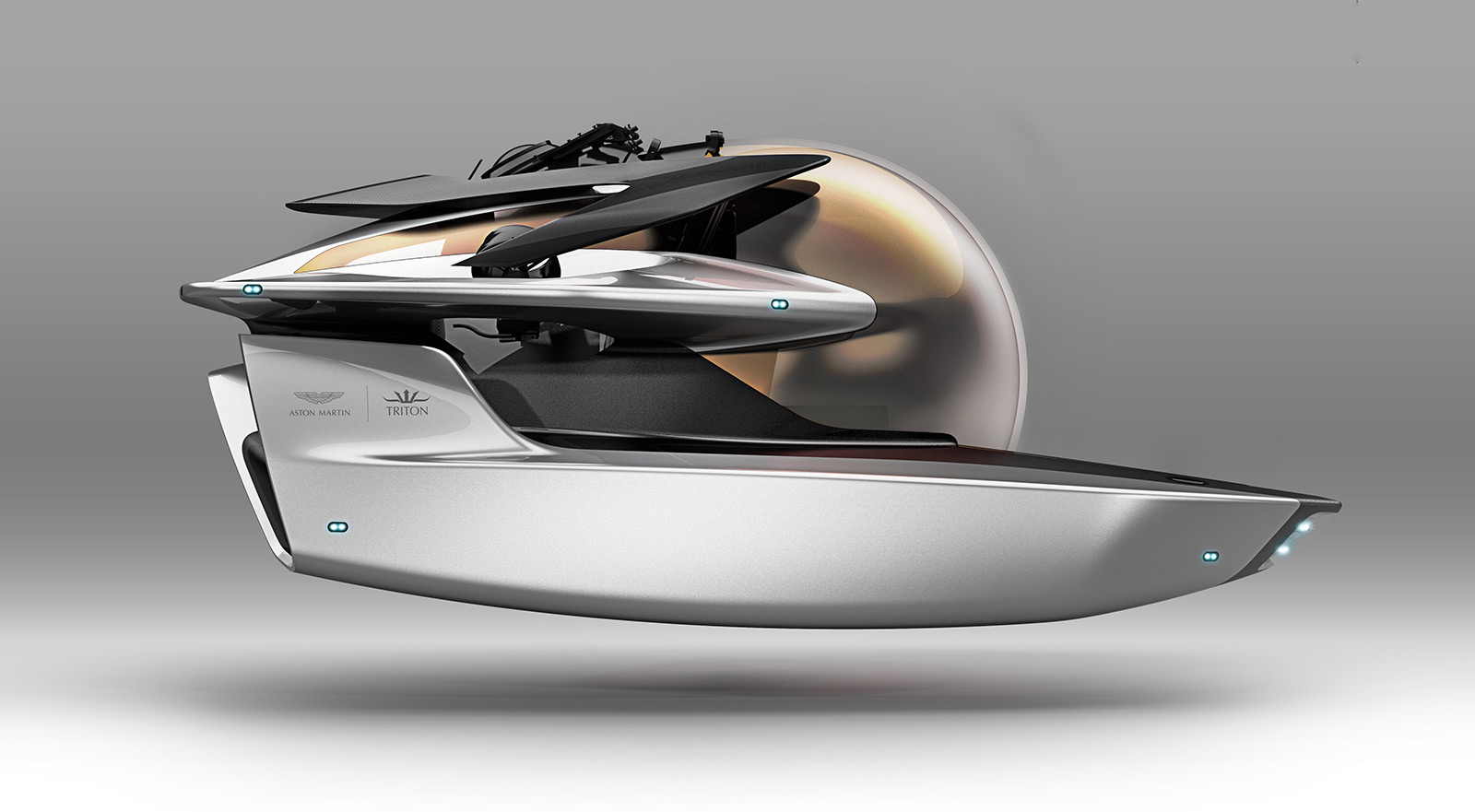 Together with Florida-based Triton Submarines LLC, Aston Martin has developed a high-end, luxury submersible, codenamed Project Neptune, and worth $4 million. Built around a platform specifically designed for super yachts, Neptune will only be 5.9 feet in height and with a total weight of about 8,800 pounds. It will be able to carry three people to a depth of 1,650 feet and at speeds of up to 3 knots, or about 3.5 miles per hour. Oh, and it’s also air conditioned. (15.4) 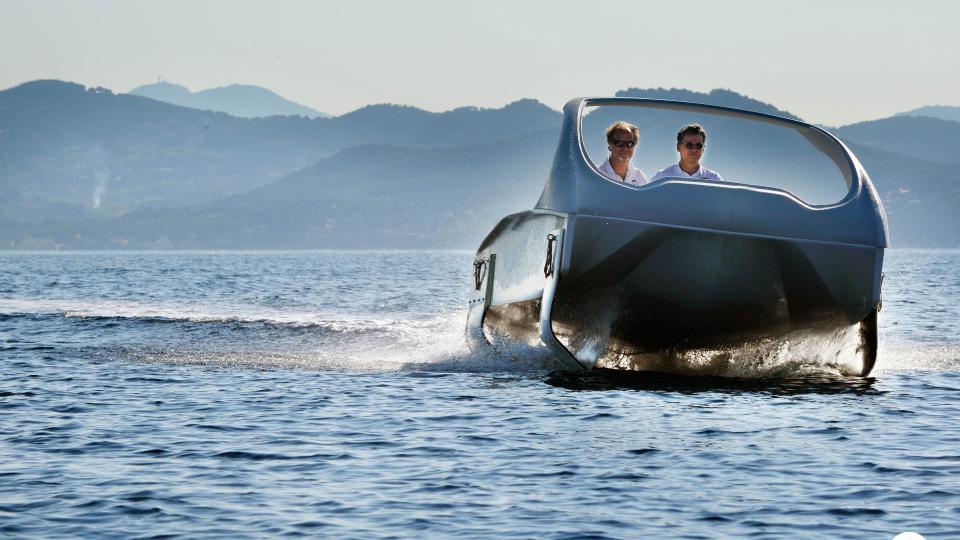 By combining the benefits of both air and sea travel, two men, Alain Thébault and Anders Bringdal, have designed a water taxi that seems to be gliding right above the water surface. Known as Sea Bubbles, these transportation vehicles are perfect for overly-congested cities that also have a major river or another body of water passing through. (15.5)

New Zealander Glenn Martin has been developing the concept for Martin Jetpacks for more than 30 years. The machines are expected to retail for $US200,000 when and if they are released to the market later this year. (15.6)

The Hoversurf Scorpion-3 is the brainchild of a Russian drone start-up. These hoverbikes are programmed to fly at altitudes of 16.4 feet for 25 minutes, and at maximum speeds of up to 44 mph. They are capable of going much higher than that, setting a record of 93.5 feet, but for safety reasons they are limited to only 16.4 feet. It weighs only 229 pounds. (15.7)

VW With Its I.D R Racing Car Is Set To Break The Records In ‘Race To The Clouds