These Classic American Muscle Cars come equipped with advanced features and technology. Are you ready to go on a crazy ride on one of these?

You must have seen movies featuring high-speed cars, high-performance automobile cars that can go from 0 to 50 miles per hour in seconds. You know these cars are muscle cars that feature advanced technologies and are known for their luxury and incredible performance. Muscle cars are used to describe different powerful and high-performance vehicles and have become popular with young drivers in the mid-1960s.

Not only are these cars sleek but also attractive and affordable. In comparison to modern cars, which have four-valve or six-valve, muscle cars are small cars with oversized engines. These speedy muscle cars could travel 120 miles per hour and made them popular as informal drag racers. You must have seen hybrid cars and electric cars in movies and TV shows and dreamt of owning them once in your life.

Let’s take a look at a few amazing Classic American Muscle Cars and their features. Before that, know these amazing facts about car history and technologies. 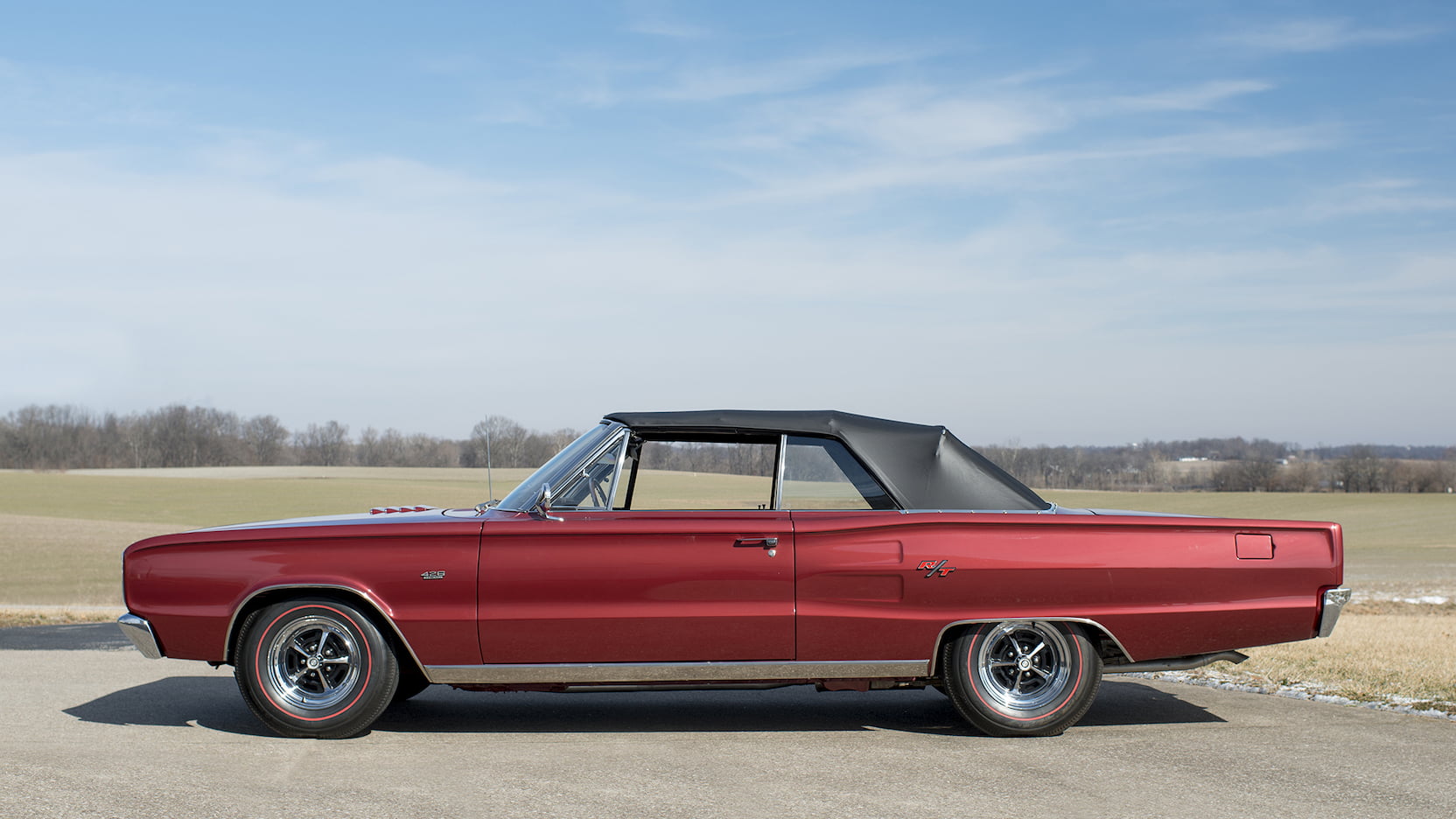 This is a unique car and is believed to be one of only two 1967 Coronet R/T Hemi four-speed cars known to have light turquoise metallic. It highlights the correct exhaust system, rebuilt suspension, chrome driver’s mirror, hemispherical cylinder heads, copies of a window sticker, 3.54 Dana rear end, and Dual-4 barrel carburetors. This is the rarest model factory 426 HEMI cars produced and were manufactured in 1967.

The car is documented with the original factory Certi-card, original VIN tag, and a copy of the IBM build sheet from Chrysler, original factory owners, and manual in its original folder. The Dodge Coronet is a unique part of muscle-car history. Earlier used in the 1950s, the name became popular in 1965. The same year, the company launched its second version of the drag-race 426 Hemi under engineering-code A 990. 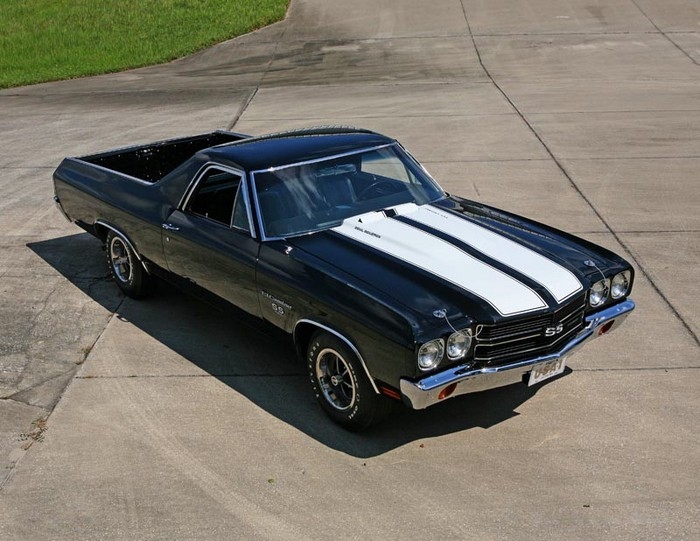 The 1970 Chevrolet El Camino SS 454 is another classic American Muscle Car that is restored to original factory specifications. It features a 4.10 Positraction rear axle, black bench seat interior, M22 close-ratio 4-speed transmission, and Restored by Jen-Jacs Restoration in Savannah, GA. It was the first time in engine history that the truck was not viewed as a truck, and the muscle car was seen beyond that.

The sport Chevelle existed since 1964, and there was no SS Elky until 1966. For 1970, the El Camino was available in two Super Sports models. It can be noticed that the EL Camino started the hot-truck phenomenon and was considered as a truck not only by GM but province licensing authorities. 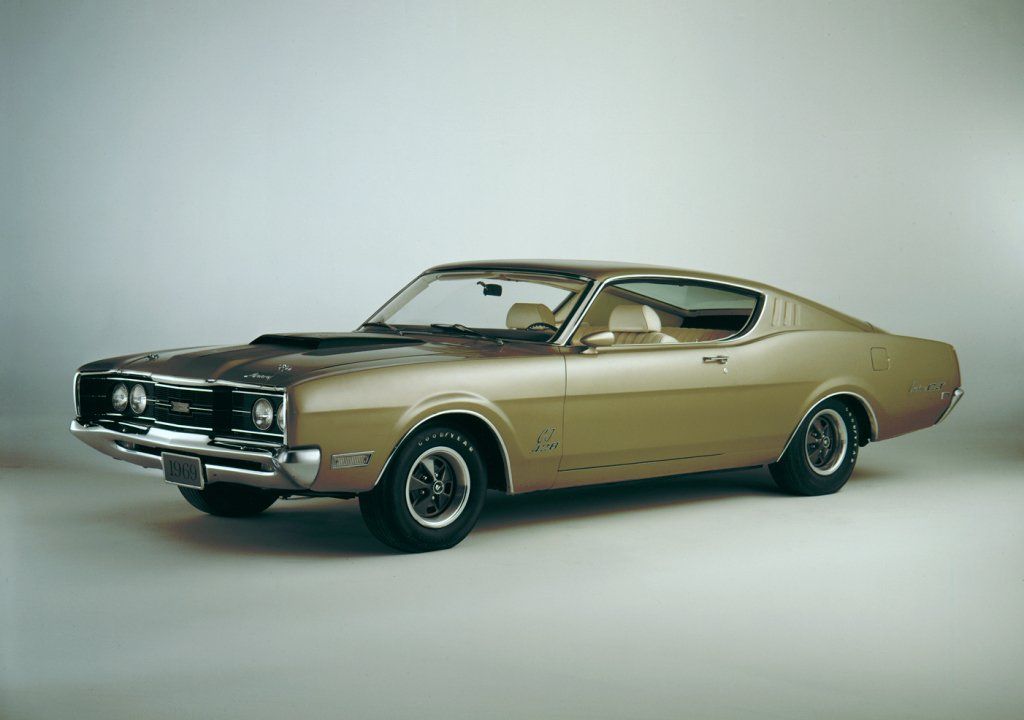 The ‘69 Mercury Cyclone CJ was a kind of fastback charger and roadrunner wrapped in one package. This cyclone came with Ford’s big-block 428-CID/335-hp Cobra Jet V-8 as standard equipment. Furthermore, it included a 4-speed manual gearbox, a handling package, and a front & back seat interior.

It also featured a blacked-out grille insert framed with bright metal. There was a chrome piece in the middle, running from each end of the grille with an emblem in the center. The Cyclone was referred to as the Muscle car and represented the Mercury brand in racing. 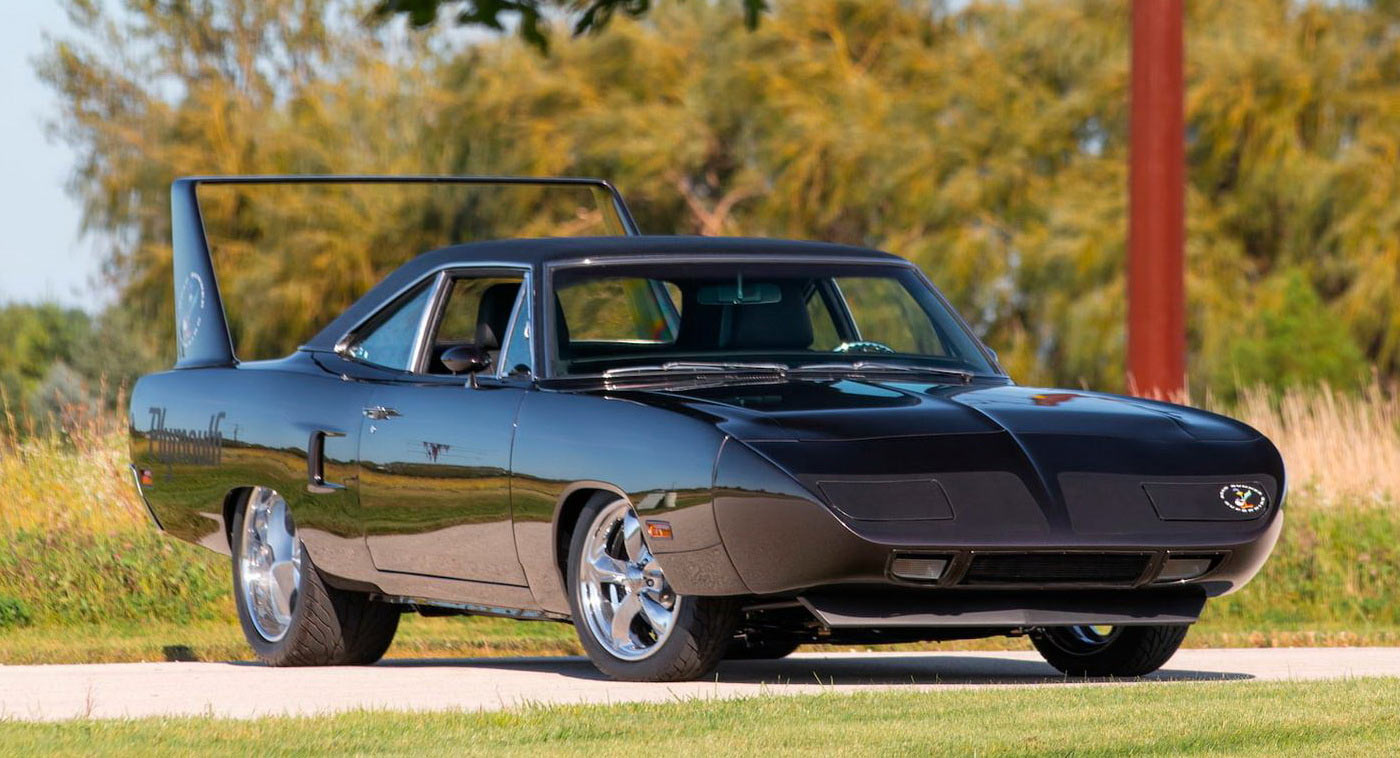 This Plymouth Hemi Superbird was a modified version of the road-runner with beautiful graphics and horns. These were the most impressive cars of the package and are remembered for their futuristic design. The cars’ primary competitors were the Ford Torino Talladega and Mercury Cyclone.

Superbirds equipped with the top-of-the-line 426cu in Hemi engine with four barrels producing 425 hp could accelerate from 0 to 98km/h in nearly 5 seconds. The base price for the 1970 Plymouth Superbird was $4298, with the engine added nearly $1000 to that price. This car is considered to be the most desirable muscle car of the time. Ford Torino was produced by Ford for the North American market between 1968 to 1976. The car was named after the city of Turin and was considered the Italian Detroit. It was an upscale version of Ford Fairlane. In 1968, Fairlane's name was retained for the base models.

Most Torino were conventional cars, and the most popular models were 2-door hardtops and 4-door sedans. Ford produced high-performance versions of Torino by fitting them with powerful engines like 428 cu and 429 cu in Cobra-Jet engines.

The 1969 Ford saw cosmetic changes and performed the styling adjustments. However, the 1969 models looked similar to the 1968 models. It had a more prominent center dividing bar, and the taillights were redesigned. The engine line-up was revised in 1969. The models like Torino GTs and Cobras came standard with a larger 250cu in the I-6 engine.

The displacement produced more power and torque than the 200cu in the engine. The 428 CJ was available with/without the Ram Air Induction package. The 428 CJ without Ram came with a 3.25:1 open differential, 55-ampere alternator, and dual exhaust. Ford added a special high-performance vehicle to its line-up, the Torino TallaTalladega. 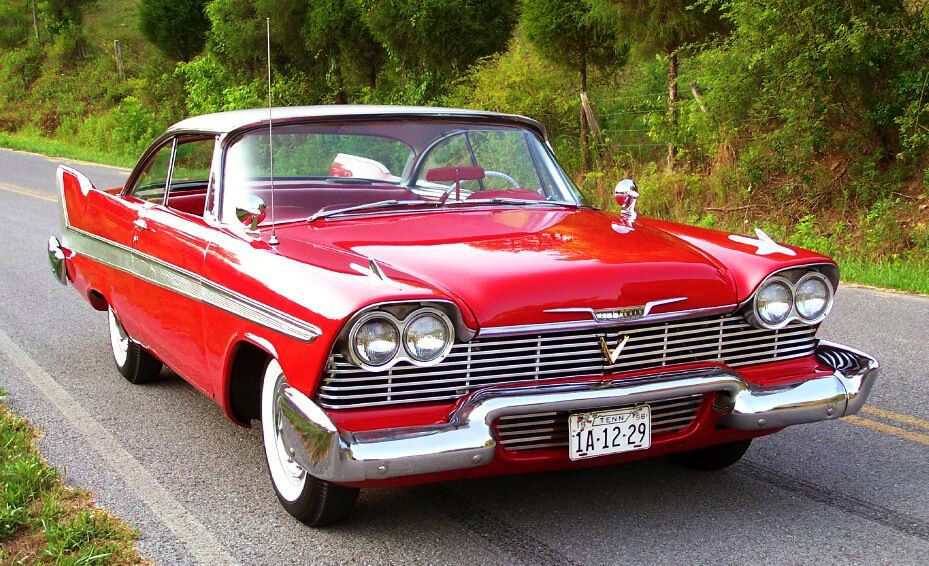 The 1958 Plymouth Fury is another Classic American Muscle car, produced by Plymouth from 1955 to 1989. The Fury was a full-size car from 1959 to 1961. From 1975 to 1977, the car was sold alongside the full-size Plymouth Gran Fury. The last Plymouth rolled the Belvedere assembly line in 2001. This model inspired Stephen King to write his classic horror novels of the 1980s.

Ironically, the 1958 Plymouth Fury is not a muscle car but seen like this for unknown reasons. In 1958, the optional engine was a 350 cu called the Golden Commando with two-four barrel carburetors producing 305 hp. The Golden Commando engine was optional on any Savoy, Suburban, and Plymouth Plaza. In 1959, Plymouth released the Sport Fury as its top model. The Fury was then available in a 4-door sedan and 4-door Hardtop models. The 1970  Buick GSX Stage 1 was called the greatest muscle car of all time for several reasons. It had the most powerful engine produced during the classic era at 510 lbs/ft of torque. The gran sport has been used on high-performance cars built by Buick since 1965. Buick was surpassed by luxury and comfort appointments by Cadillac. The Buick series was the most equipped GM sports model of the era. The Gran Sport 455 was replaced for 1970 with the Buick 455 cu in V8 engine used in GS 455.

The 1971 Plymouth Hemi Cuda is one of the rarest muscle cars manufactured by Plymouth from 1964 to 1974. The first generation of Plymouth Barracuda was based on the Chrysler A-body and was available from 1964 to 1966. The second generation, though valiant-based, was redesigned. From 1967 to 1969, the car was available in hardtop and convertible versions.

The third generation was based on the Chrysler E-body and slightly larger Dodge challenge. Even before this model became mainstream, the car was considered the greatest creations of the muscle era by professionals in the field. Designed by John E Herlitz, the 1971 Plymouth Hemi Cuda featured a wider body and lower stance in comparison to the second generation predecessor. 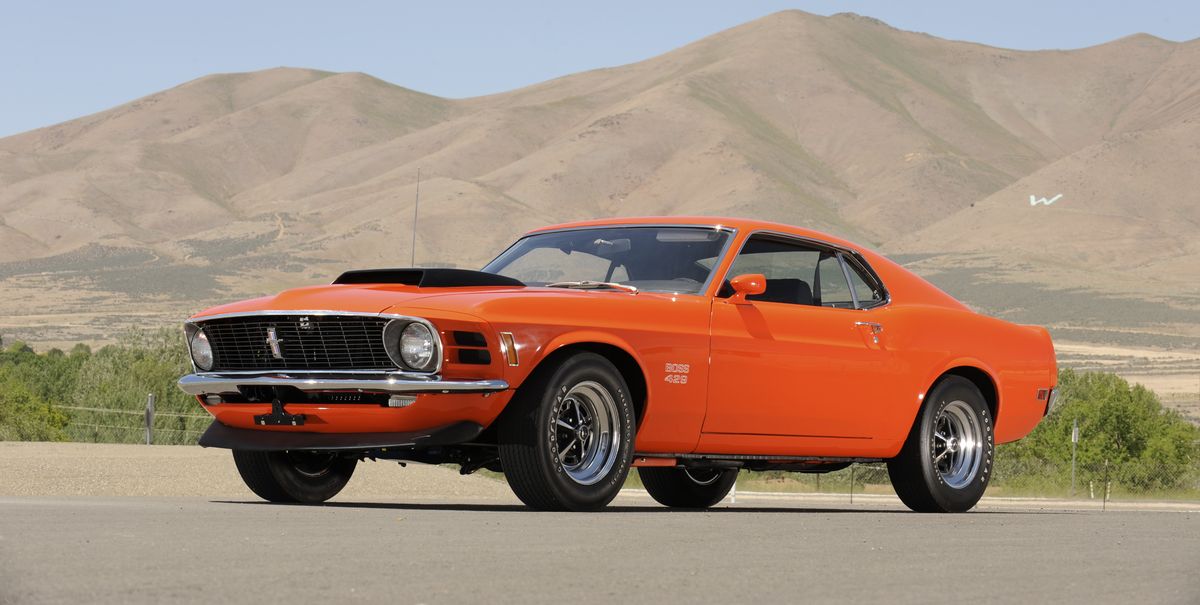 The Mustang Boss 302 is a high-performance variant of Mustang produced by Ford in 1969 and 1970. It retained its name for the year 2012 and 2013 and was produced for the Trans Am racing series.

The 1969-1970 Mustang Boss 302 engine was created in 1968 for the SCCA’s 1969 Trans-Am road racing series. It is a unique Ford small block that features high-nickel content for block casting. The construction was done by two engines sharing a cylinder head bolt pattern. 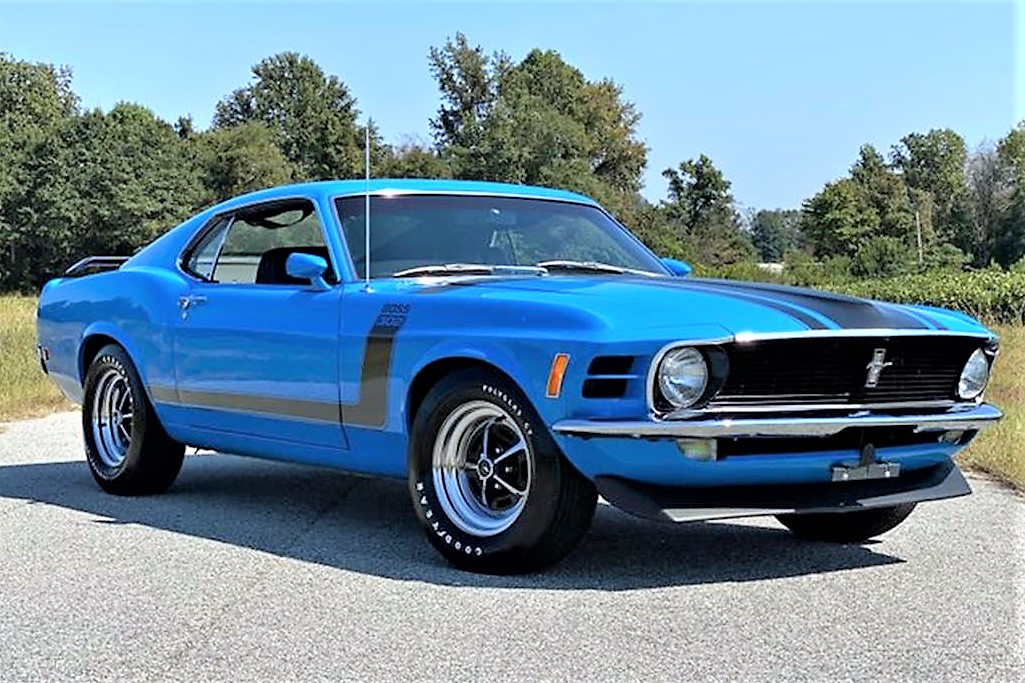 The Boss 302 was styled by a noted American automotive designer, Larry Shinoda. It was one of the first production models with a front spoiler and rear deck wing. In addition to lower ride height, the equipment included front disc brakes, heavier duty spindles, and a four-speed manual transmission. 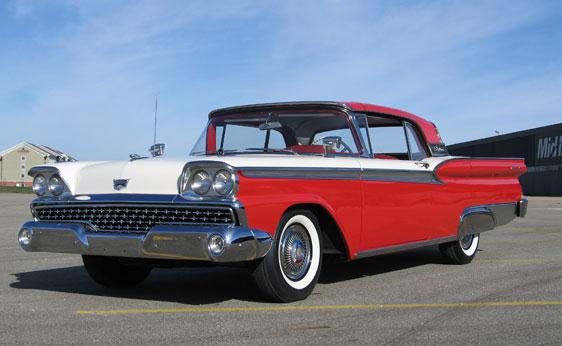 The Galaxie was offered with the Sedan & hardtop body styled as the Fairlane 500, with the addition of a Ford thunderbird-style C pillar. The 1959 Ford Galaxie was a stainless-steel bed-decked vehicle with two-tone paint. Later, different models of Ford Galaxie were released.

Be it a computer, cars, or anything: technology has evolved in terms of features and feasibility. These Classic American Muscle Cars were popular for their exceptional features and performance. If you are interested in knowing more about cars, then you should know about these fastest cars in the world as of 2018.

Do you know any other Classic American Muscle Cars and their features? If so, then share them below.