Eelume: A Giant Subsea Snake Robot So Flexible That it Can Work in Confined Spaces

Eelume is a deep-sea snake-like robot vehicle. Similar to a giant snake, it is flexible enough to move and operate in confined spaces. 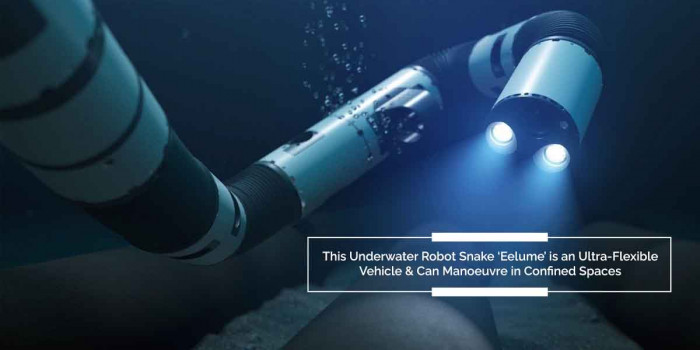 Do you know about the robot that can undulate through the water in the deep & vast oceans like a snake? Well, there’s Eelume that is an undersea robot snake that can squirm by machines at the base of the ocean to support and repair them. It would move as independently as possible and with minimum surface control as possible.

As it looks like an anaconda, its first iteration was named “Anna Konda.” And a decade later, the snake is nearly full-grown. The NTNU and SINTEF researchers developed it in Trondheim. The CEO of NTNU’s spin-off company ‘Eelume,’ Arne Kjørsvik, said-

“Our snake robot is an ultra-flexible vehicle.”

He and his team, including Pål Liljebäck & Kristin Ytterstad Pettersen, would be ready with their snake robot in 2019. Professor Pettersen from NTNU’s Department of Engineering Cybernetics said-

“The goal is to make the snake robot as autonomous as possible.”

She has been involved in the development of the robot’s motion control systems. With 25 years of experience in marine vessel control systems & self-propelled underwater robots, she contributed greatly to the snake robot’s autonomous underwater capabilities. 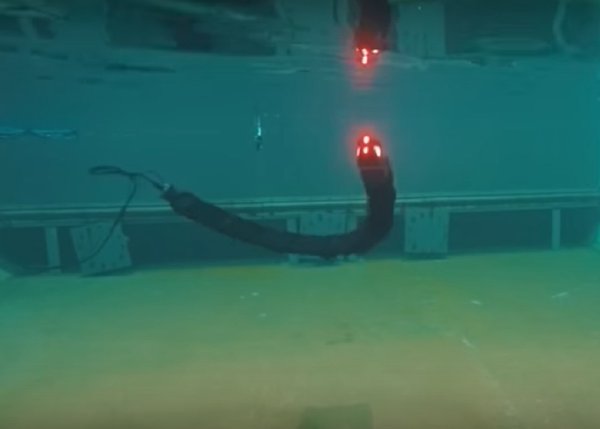 The best feature of this robot snake is its flexibility and ability to maneuver in confined spaces like subsea installations on the seabed. It can help in conducting inspections, making repairs, and operating valves from the ocean depths.

The snake robot comprises various interconnected modules that work both independently and jointly, like advanced “snake Legos.” A snake robot is a do it all that can straighten itself and swim like a torpedo-shaped AUV over long distances. It is a dexterous robotic arm that can carry out light intervention tasks, is slender and flexible, and can maneuver in narrow places. It acts as an assistant that can live underwater until you need it to perform a job.

For all these reasons, Kjørsvik says-

Until now, the robot is tested not deeper than 150 and is developing a model to go up to 500m depth. Liljebäck, Eelume’s CTO and Co-Founder, said-

“Now we’re developing a model to handle a depth of 500 metres. It’s a totally manageable job.”

When Did the Research on Snake Robots Begin?

Back in 2004, the research on snake robots started. Many city fires devastated Trondheim around this time. The initial idea was building a robot that could get inside a blazing building and help extinguish the fire. The technology evolved from there, with Eelume in the lead.

“We’re aiming to test an operational subsea installation as early as 2018, and deliver a ready-to-use model in 2019. It’s not the technology we’re waiting on, but everything else around it.”

Some companies are ready to invest in new technology and lay the foundation for implementation. There’s a deeper interest & involvement of Statoil and Kongsberg Maritime.

“We have to build acceptance for new methods.”

The model is figuring the potential for practical applications. However, companies already have a great way to do the tasks that the snake robot can perform may prefer their tried & true method even if it takes some extra weeks. The difficult economy in the oil & gas industry could open doors for new work & time-saving technology.

At present, the snake robot has an umbilical cord. The cables connect it to the control systems and power sources on the surface. The goal is connecting to docking stations on the seabed. The robot is so robustly built that the maintenance intervals (when the robot is brought to the surface) would start at three months, and then increase. A scientist states-

Researchers from NTNU’s close collaborative partner SINTEF are working with the European Space Agency (ESA) to consider the way snake robots could be used in space like on the International Space Station (ISS) or Mars or explore the surfaces of comets.

Nowadays, deep-sea apparatus maintenance is cost-effective. A surface vessel has to be at the position, and all work needs to be completed with a large remote underwater vehicle.

Surely, the snake robot ‘Eelume’ is the flexible, self-propelling, tubular device with a camera at each end and sensors. It would serve as a great alternative to current technology in the future to serve various purposes, from inspecting structures in the seabed to making repairs.