10 Of The Biggest Advertisements In The World

Ever since advertising began, there has been a race to highlight one’s advertisement. Agencies and companies give bigger and b...

Ever since advertising began, there has been a race to highlight one’s advertisement. Agencies and companies give bigger and bolder ads to make their space recognizable. And creating ‘The World’s Biggest Advert’ automatically creates free media coverage. This is a definite way to gain attention for your brand or product.

There are many great examples of creative ads throughout the world that are one of the biggest ads ever made. The world’s biggest billboard even holds a record in the Guinness Book of World Records. Here are ten of the biggest advertisements in the world. 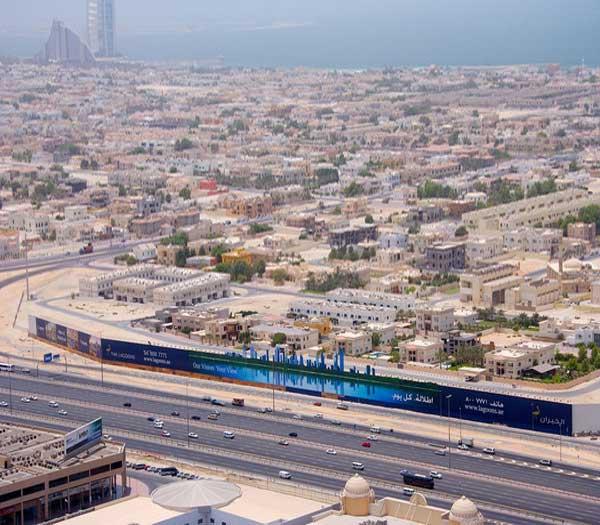 The largest billboard in the world, which is a certified holder in the Guinness Book of World Records, was in Dubai. It was made from biodegradable and recycled materials. The advert was 1.5 km long and promoted in 40 countries for 12 months. It reflects the true colors of Dubai. The global advertising and marketing agency, Adrac developed this concept. The billboard was 100% eco-friendly, even the structure; transportation and cleaning were not harmful for the environment. There were 450 10m by 2m sections, assembled like a jigsaw puzzle. It was funded by 100 sponsors including 40 premium ones.

KFC is not the first brand to claim its advert viewable from Google Earth but the logo is definitely one of the ambitious ad placements. It was created in the desert by Rachael, Nevada with 65,000 tiles measuring 87,500 square feet. It took six days to build the advert. 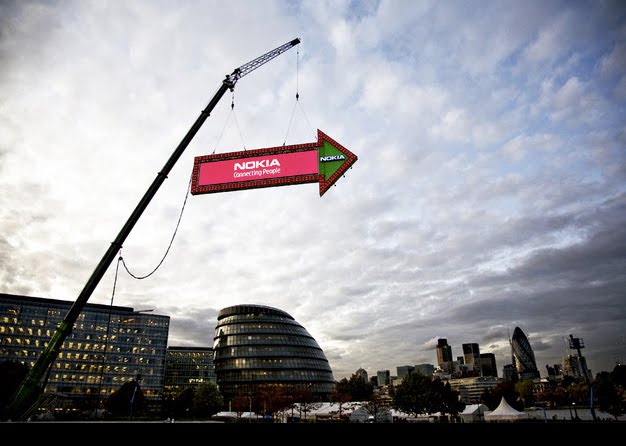 Nokia wanted to promote its navigation feature, so it built the world’s largest signpost that was put up next to the London Bridge, fifty meters in the air. People who saw the sign could text their location. The location name would be displayed on the electronic signpost and the arrow would turn towards the location direction. The arrow weighed two tones and it was of the length of two double decker buses. 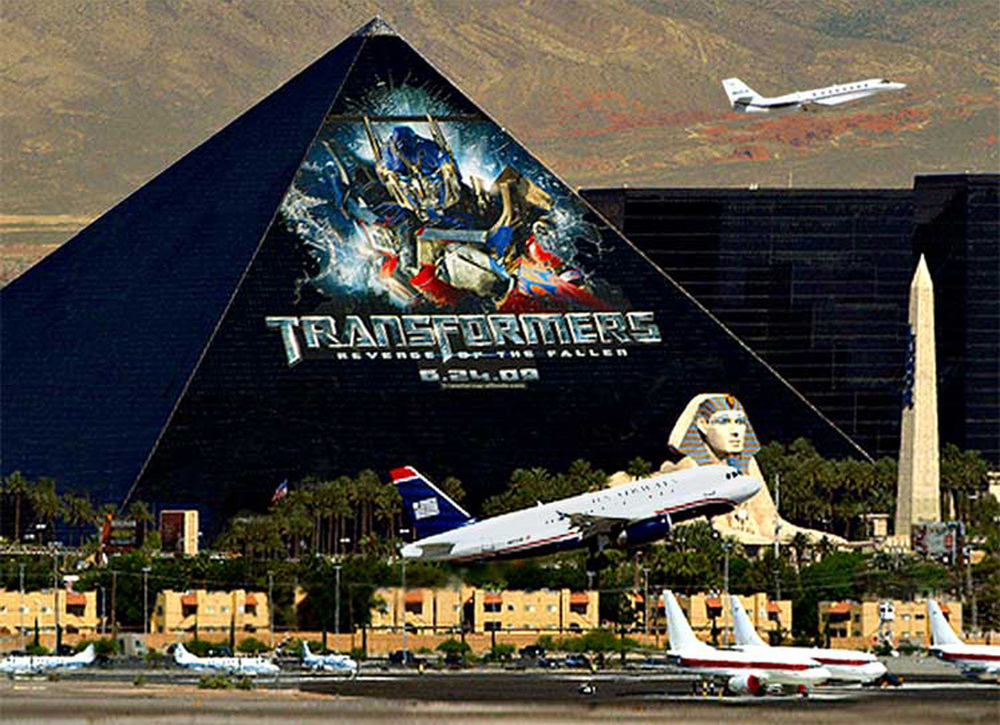 Transformers took over all of the Luxor Las Vegas Hotel with piercing eyes and special lighting effects. The innovators of Tall Wall spectaculars, SkyTag were assigned this project by Paramount/Dreamworks. The mammoth pyramid was 500 feet high and Optimus Prime was over 100,000 sq. feet. 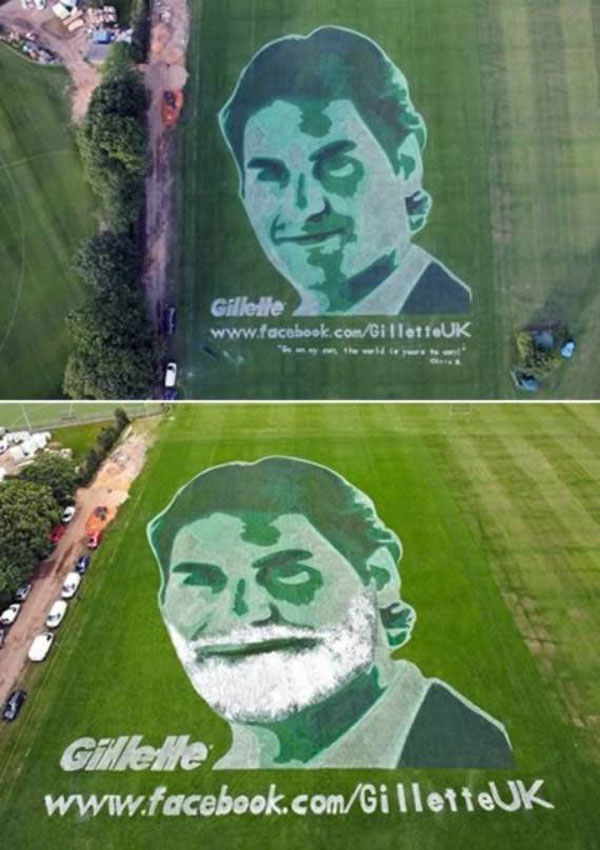 Street Advertising Services painted a picture of Roger Federer’s face in UK for the 2011 Wimbledon tournament. The face was created with laser guided robots using 3,000 liters of paint and industrial paint sprayers. After being completed, 1,000 liters of shaving foam was added for Federer’s stubble and then shaved off with lawn mower to create ‘the world’s biggest shave’ for Gillette. 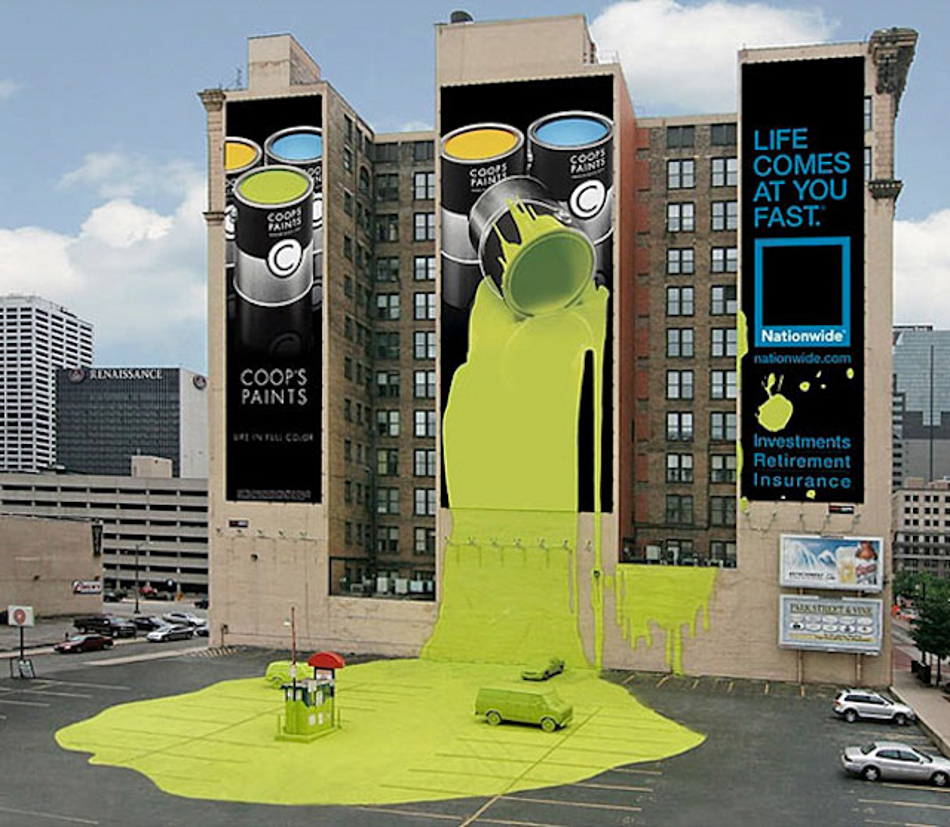 This advert was created by Nationwide Insurance in Columbus, U.S. It measured 400 square meters. Along with being one of the biggest building side adverts, it is also one of the funniest. It depicted an illusion of paint split all over the building and the car park. 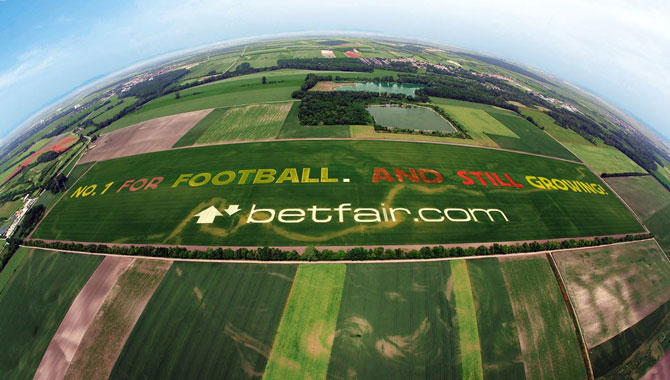 Betflair.com spent four months for growing the world’s largest hoarding. It was for welcoming the travelers to Vienna for the 2008 Euro football championship. The advert said, ‘No 1 FOR FOOTBALL AND STILL GROWING'. It was grown out of wheat, cotton, and marigold plants and covered the space of fifty football fields. 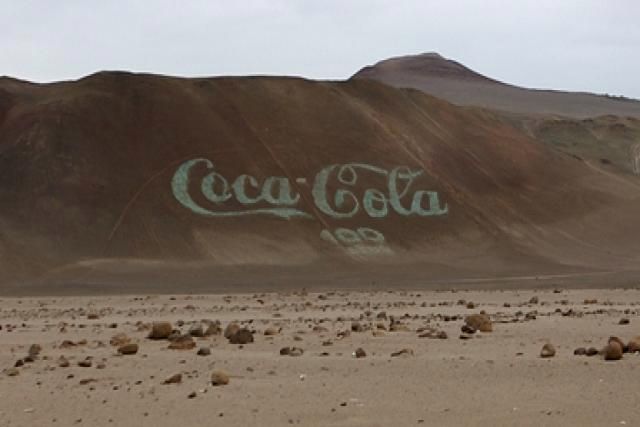 Coco Cola created the world’s largest Coca-Cola logo in the desert of North Chile. The logo was 50m tall and 120m wide and it was made from 70,000 empty coke bottles. Below Coca Cola ‘100 años' is written, which means 100 years, in the celebration of Coca Cola’s 100th anniversary. 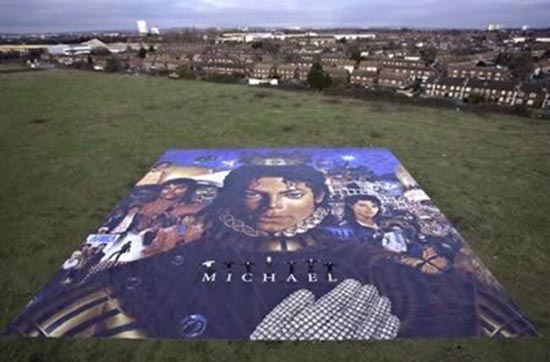 This poster was not an advert but there is very minute line of difference. Spanned over 2,700 meters on a field near Heathrow Airport, London, it was created by Sony Music Entertainment. It also holds The Guinness World Record for ‘World’s Biggest Poster’. 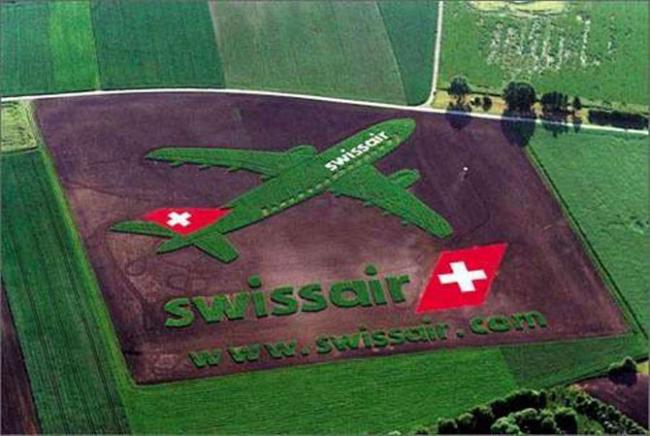 The Swissair advert was spread over 100,000 square meters at Munich Airport. It is made out of Spring Barley and then mowed and colored with linseed oil. It grew and got the final preparations in four months. 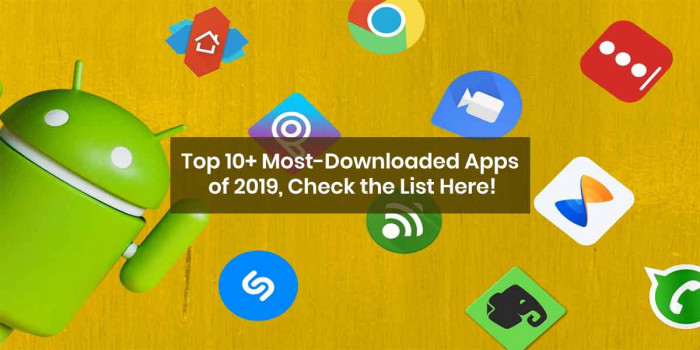 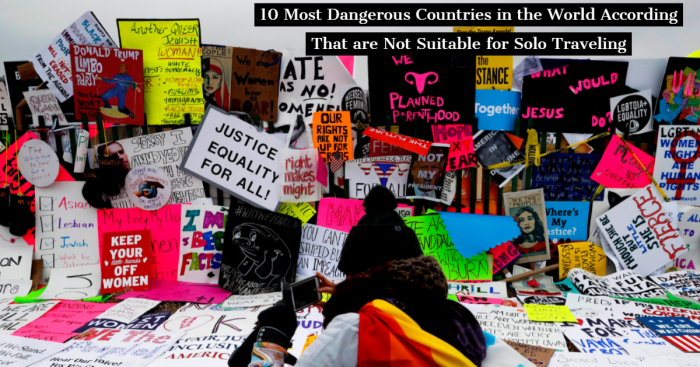