Top 10 Taylor Swift Songs That Will Make You Nostalgic

Here we bring you the musical treats by Taylor Swift from her iconic albums. Scroll below and save these top 10 songs on your playlist which gained her immense popularity. 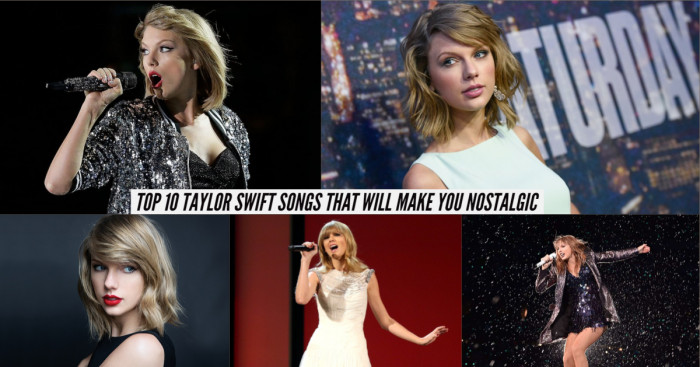 Taylor Swift is one of the world’s leading recording artists. Born on 13 December 1989, Taylor Alison Swift is widely known for narrative songs about her life. As a songwriter, Taylor Swift has received awards from the Songwriters Hall of Fame and Nashville Songwriters Association. She has also been awarded 1 Emmy, 12 Country Music Association Awards, and 10 Grammys.

At the age of 14, Taylor Swift started her career in country music. She then signed up with the Big Machine Records and became the youngest singer to have ever been signed by the Sony/ATV Publishing House. One of her favorite childhood memories is listening to her maternal grandmother singing in Church. She is her inspiration to become a singer.

No doubt, Taylor Swift is one of the finest artists of this century. The diva is followed by 112.7m people on Instagram. She was first a songwriter before she became a star. Today she is a multi-talented diva better known as a performer, guitarist, and record-crafter.

So let’s celebrate the iconic songs of her so far. If you are also a fan of Taylor Swift, then get ready to dance and feel the emotions around you.

Popular Songs of Taylor Swift to Remind You of Your Schooldays 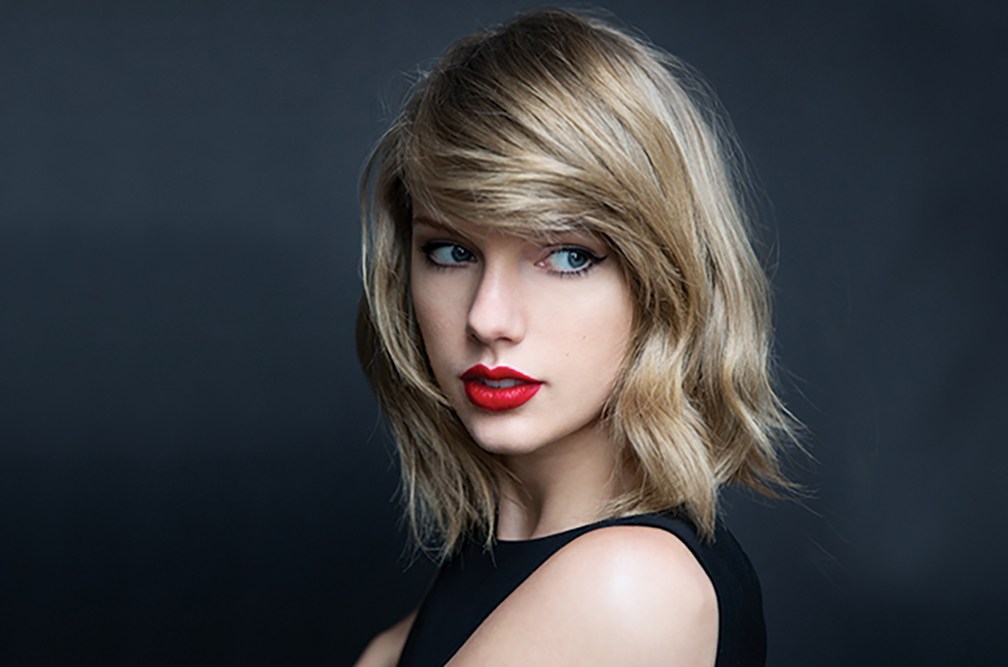 From a country artist to a global pop star, here is the list of the ultimate hits by Taylor Swift. We agree it is difficult to narrow down her best songs, so these songs are Billboard picks of top Taylor Swift Songs from her debut through 1989.

1. You Belong With Me 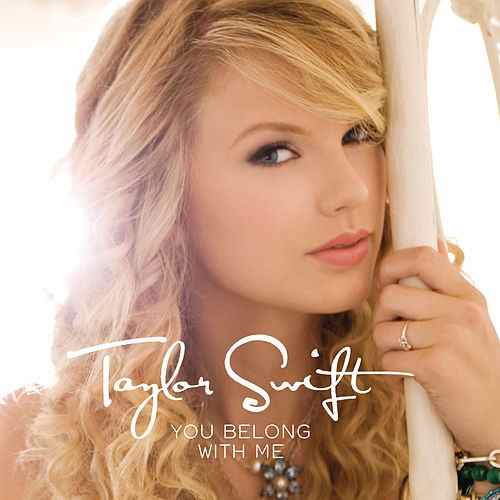 You're on the phone with your girlfriend

She's going off about something that you said

'Cause she doesn't get your humor like I do

I'm in my room

It's a typical Tuesday night

I'm listening to the kind of music she doesn't like

And she'll never know your story like I do'

You Belong With Me is recorded and co-written by Taylor Swift. The song is produced by Nathan Chapman and was released as the third single from her second studio album, Fearless (2008). The song features Swift in two characters - as a popular girl (girlfriend and antagonist) and a nerd (protagonist and narrator) along with American actor Lucas Till as a male lead. The song portrays the secret love story of a protagonist with the actor who already has a girlfriend. 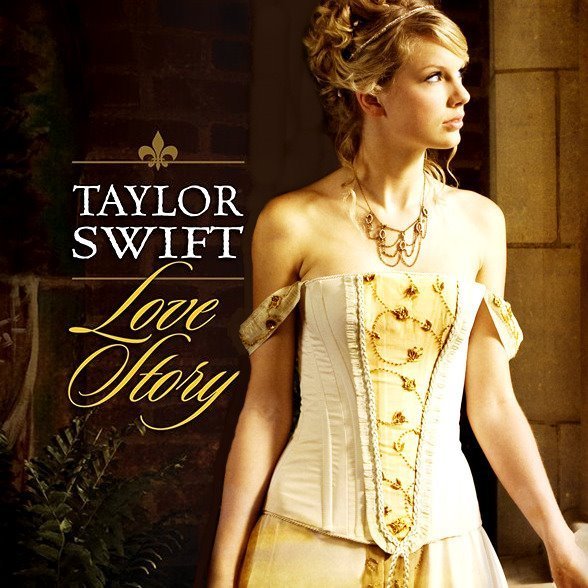 We were both young when I first saw you

I close my eyes and the flashback starts

I'm standing there on a balcony in summer air

See the lights, see the party, the ball gowns

See you make your way through the crowd

Taylor Swift’s ‘Love Story’ was released by Big Machine Records in 2008. The song features a love interest of Swift’s which was not common amongst her family and friends. Swift used the plot of William Shakespeare’s Romeo and Juliet as an inspiration and then composed the song. Love Story was a huge hit selling 8 million copies worldwide. In the US, the song ranked at number 4 on the Billboard Hot 100 and sold 7 million paid digital downloads.

3. Teardrops on My Guitar 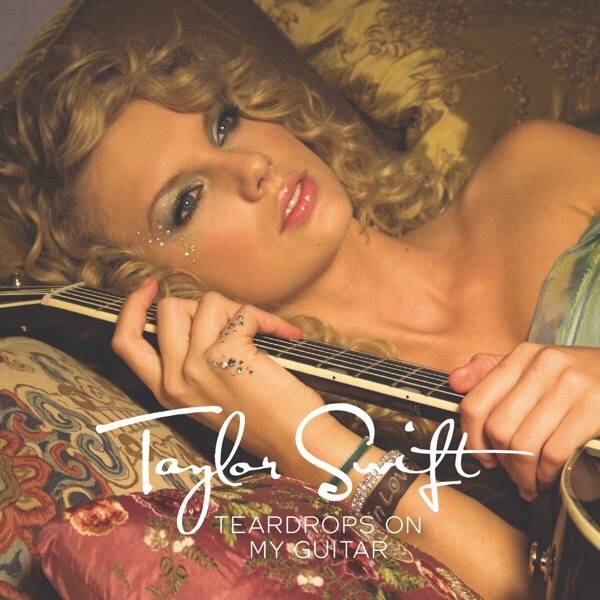 Drew looks at me,

I fake a smile so he won't see,

What I want, what I need,

And everything that we should be,

That girl he talks about,

The song ‘Teardrops on My Guitar’ was co-written by Taylor with Liz Rose. It was released in 2007 by Big Machine Records. Taylor Swift wrote about her experience with Drew Hadrick (her classmate whom she had a crush on). He was unaware of this and spoke to Taylor about his girlfriend. The track is soothing and guided by an acoustic guitar. Taylor Swift’s Teardrops is still considered her best song which gave her popularity throughout the country. The song is a pop song with a length of 3 minutes and 35 seconds. It is Taylor Swift’s first song to have debuted on the Billboard Year-End Hot 100 charts. 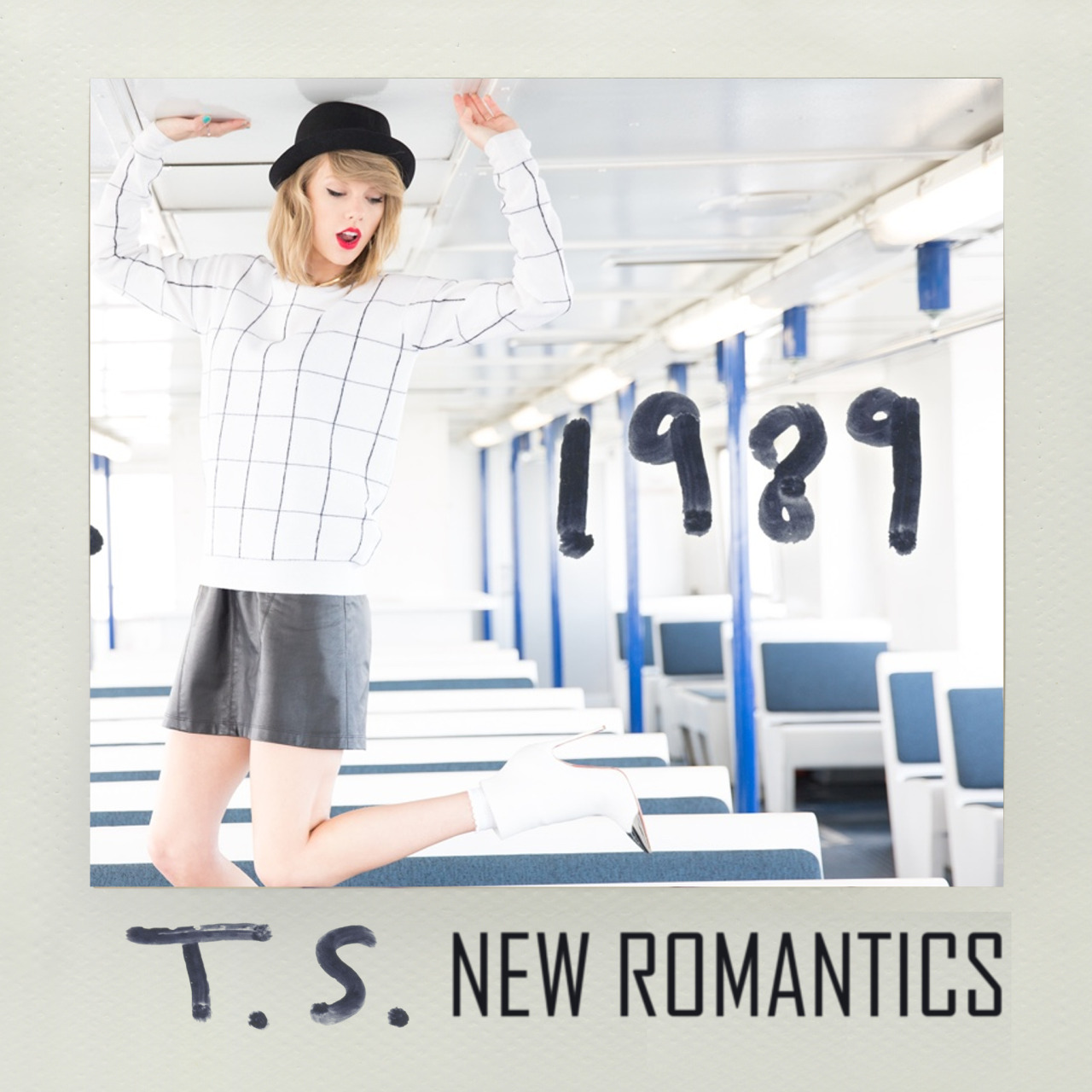 We're all so tired of everything

Trust me, mine is better

New Romantics is a popular song recorded by Taylor Swift for her studio album, 1989 (2014). The contemporary song hit the radio stations in the US through Big Machine and ranked at 46 on the Billboard Hot 100. The music video for the song was directed by Jonas Akerlund and finally released on 6 April as an Apple Music exclusive. The video features the BTS footage from the 1989 World Tour. New Romantics received a nomination for Teen Choice Award for Choice Music – Single. As of 2018, the song has over 80 million views on Youtube. Can you believe 80 million is the least viewed video from her Album 1989? 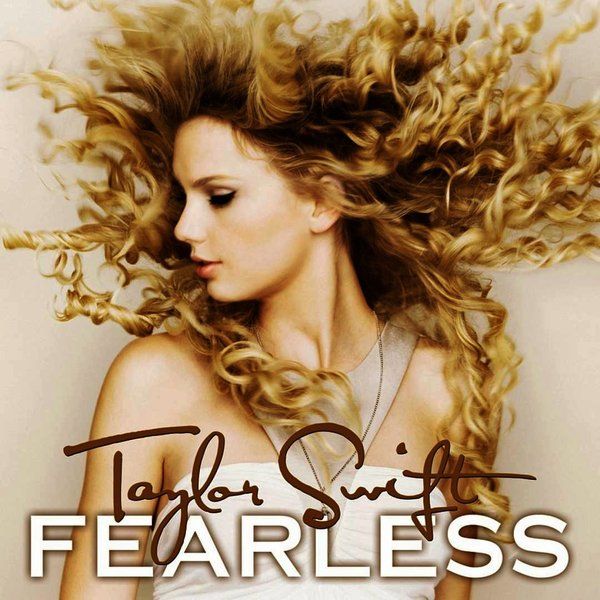 The street looks when it's just rained

There's a glow off the pavement

Walk me to the car

And you know I wanna ask you to dance right there

In the middle of the parking lot

Fearless is Taylor Swift’s second studio album released in 2008. Due to the unavailability of collaborators, the diva wrote eight tracks for Fearless and other five songs were written by Colbie Caillat, Hillary Lindsey, and John Rich. Fearless was a massive hit, and the album grabbed her title of the youngest artist to have the year’s best selling album. She wrote the title track while touring with songwriter Hillary Lindsey. The lyrics speak of taking courage during a date. After completing the album, Swift rephrased the definition of the word fearless.

“Fearless doesn't mean you're completely unafraid and it doesn't mean that you're bulletproof. It means that you have a lot of fears, but you jump anyway.”

6. We Are Never Ever Getting Back Together 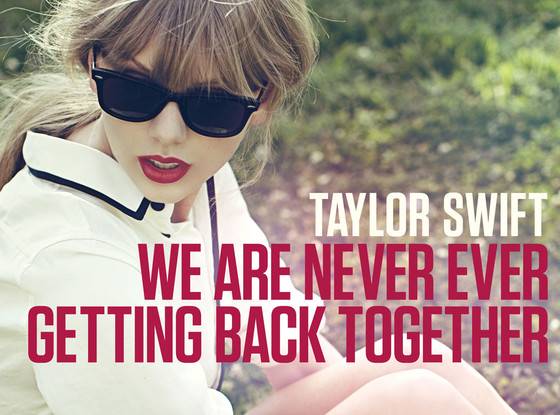 I remember when we broke up, the first time

Saying, this is it, I've had enough

'Cause like we hadn't seen each other in a month

When you, said you, needed space (what?)

We Are Never Ever Getting Back Together is a popular song recorded by singer-songwriter Taylor Swift for the 4th studio album, Red (2012). The song went on the floors on August 2012 by Big Machine Records. The song features her frustrations at an ex-lover who wants the relationship back. Till date, it has received over 540 million views on Youtube. The song topped the charts in New Zealand, Ireland, the United Kingdom, and Japan. 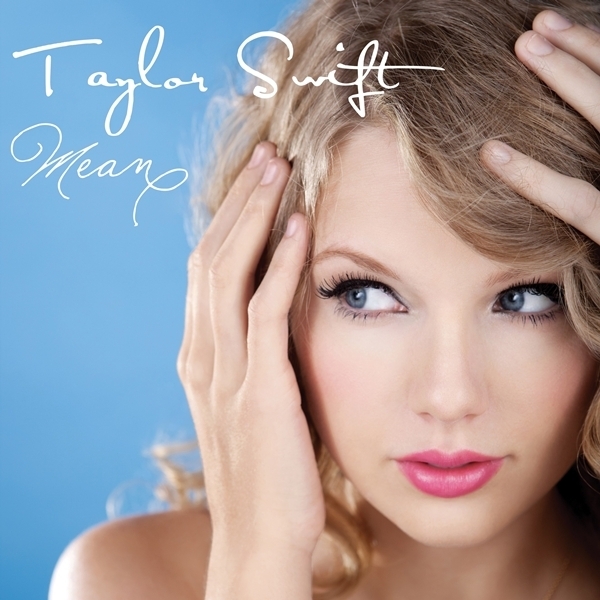 And swords and weapons that you use against me

You, have knocked me off my feet again,

The song ‘Mean’ is written and recorded by Taylor Swift for her third album ‘Speak Now’ (2010). The song garnered an amazing response from the crowd. Swift performed Mean for the first time at the 46th Annual Academy of Country Music Awards on 3rd April 2011.

The song makes you feel her pain and lets you focus on the music and lyrics. Mean won awards at the 56th Grammy Awards for Best Country Song and Best Country Solo Performance. Initially, the song was released as a promotional single from her third album Speak Now in 2010. Mean debuted at number two on the Hot Digital Songs and ranked at 11 on the Billboard Hot 100. 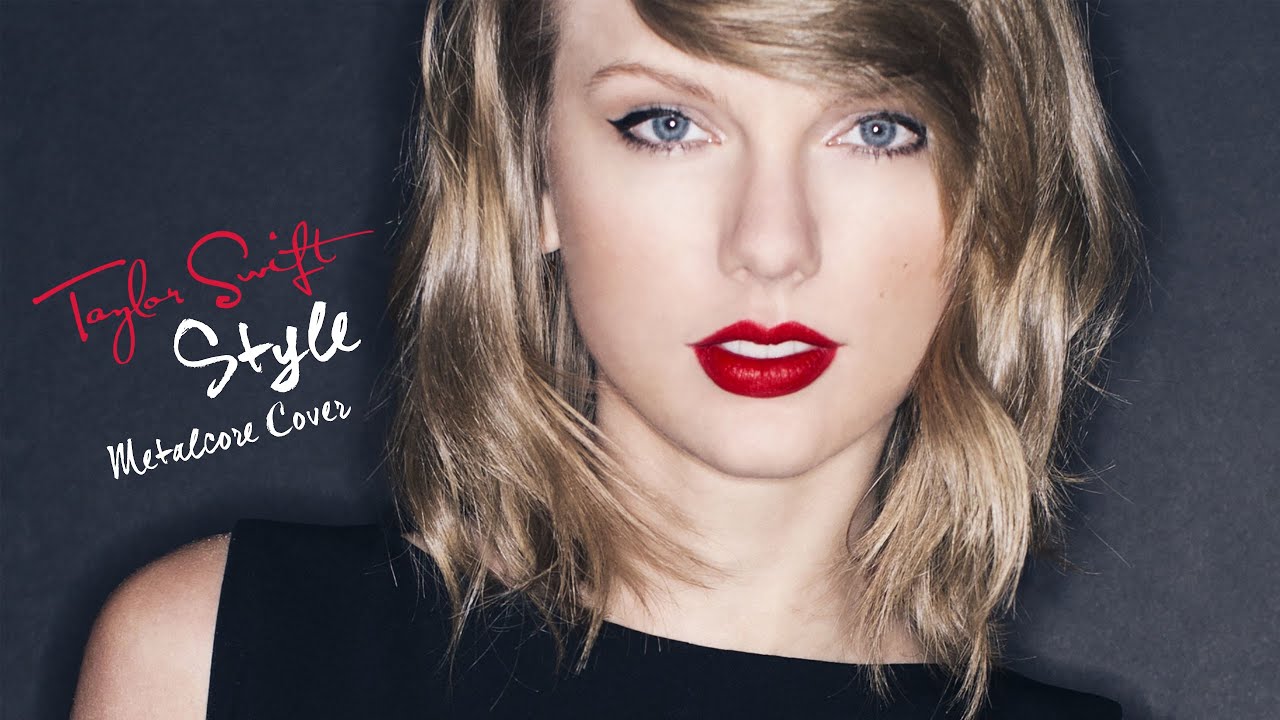 Midnight, you come and pick me up, no headlights

Long drive, could end in burning flames or paradise

It's been a while since I have even heard from you

And I should just tell you to leave 'cause I

Know exactly where it leads but I

Watch it go round and round each time

Style is the third track from Swift’s fifth album, 1989 (2014). The song was released to Radio by Republic Records under the partnership with Swift’s label Big Machine Records on 9th February 2015 following Blank Space. The song received a great response from the countries and made it to rank 6 on the U.S. Billboard Hot 100 chart.

The song made its debut on the Billboard due to digital download sales but fell off the chart the later week. After Swift’s live performance at Victoria’s Fashion Show, the song bounced back and entered the charts at number 75 with a sale of over 45,000 copies. 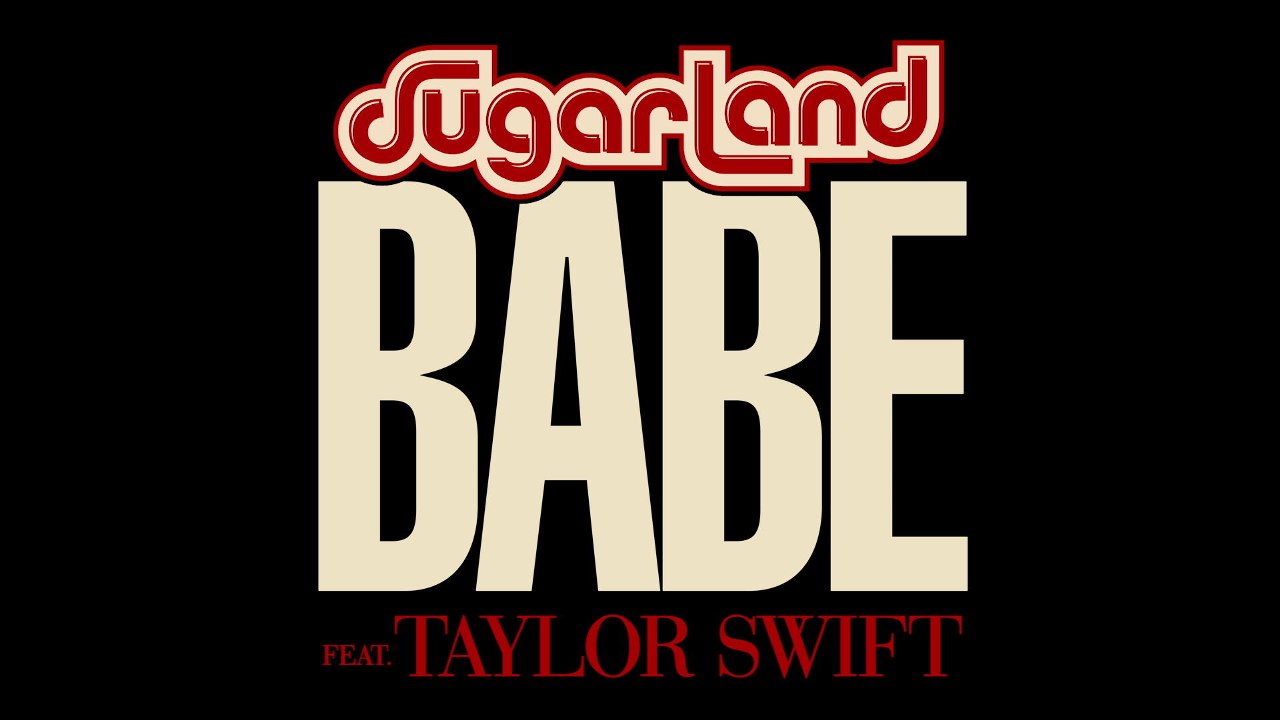 Didn't wanna be the one that got away, yeah

That you never should have made

I'm here on the kitchen floor

You call, but I won't hear it

You said no one else, how could you do this, babe?

‘Babe’ is the latest song of Taylor Swift in the list. It is originally written by Patrick Monahan and Swift. The song went on the floors on 20th April 2018 as the second single from Sugarland 6th studio album, Bigger (2018). The trailer of the song first released in 2018 during the CMT Music Awards and then uploaded to Sugarland’s Youtube Channel on 6th June 2018. Till date, the song has about 20 million views on YouTube.

The video features Brandon, Jennifer, Anthony and Taylor in lead roles. Brandon and Jennifer are a couple while singer Swift plays the role of a secretary who has an affair with a married boss (Brandon). The video ends with Brandon leaving Swift’s house with doors locked and his belongings spread out through the lane. 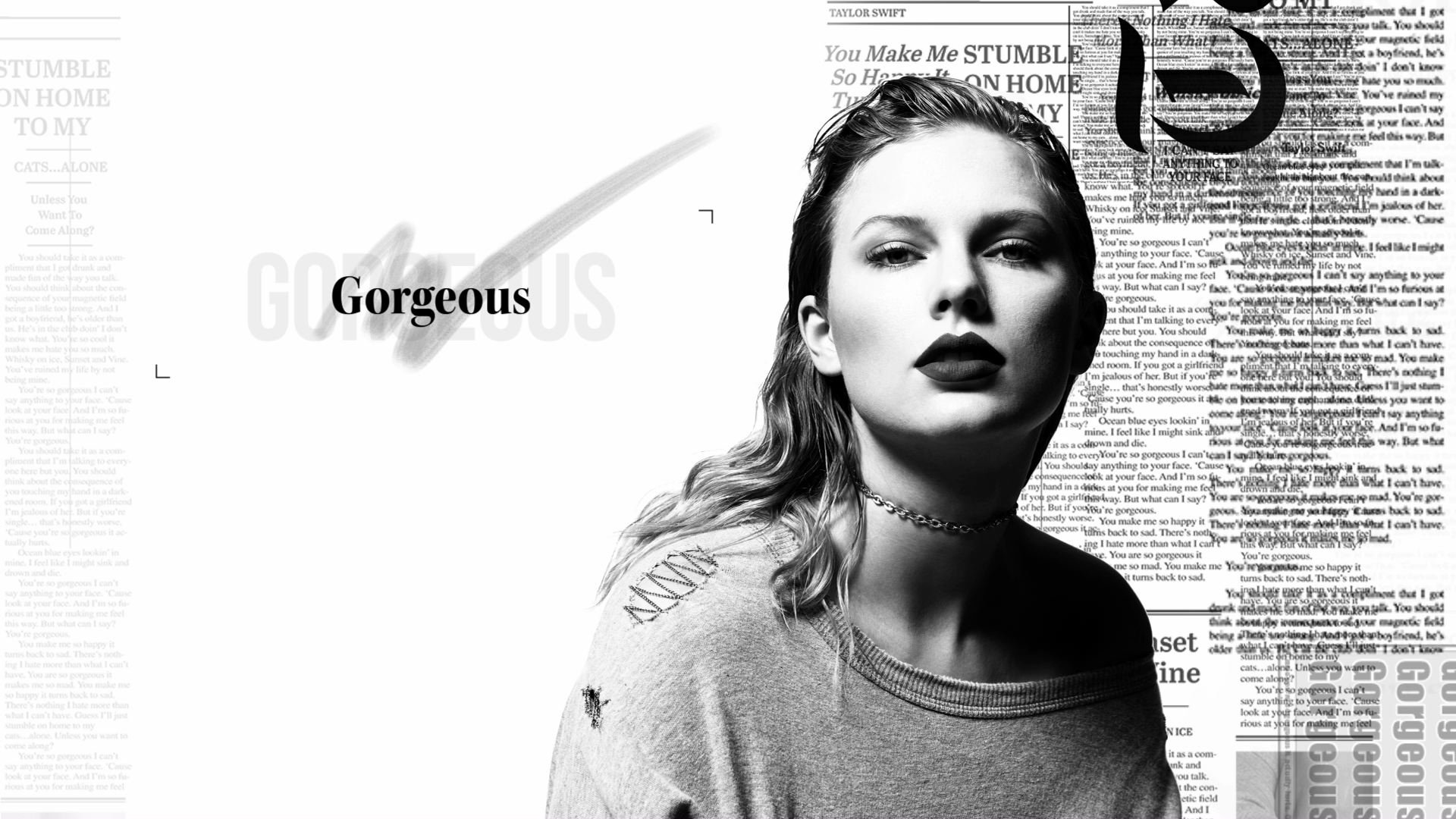 You should take it as a compliment

You should think about the consequence

Of your magnetic field being a little too strong

And I got a boyfriend, he's older than us

He's in the club doing, I don't know what

Gorgeous by Taylor Swift reached the top 10 in the charts of Hungary, Australia, Canada, and Malaysia. The song went on the floors on 20th October 2017 as a single from the album. She co-wrote the song with producers Shellback and Max Martin. In the US, Gorgeous debuted at number 13 on the Billboard Hot 100 and 16 on the streaming songs chart, with 17 million US streams with downloads of over 70,000 copies. She sang this song during the Jingle Bell Ball 2017 in London and at BBC Radio 1st Weekend in Swansea.

The most fascinating and interesting thing about Taylor Swift music is no matter what, her songs would always make you at peace.