If you have not visited French Riviera, then you are missing incredible beauty existing on earth. Check out the places that are worth visiting and are attracting tourists from every corner of the world.

When you travel, you get to explore tons of beautiful places and learn about different traditions and cultures. Have you ever been to Europe? If yes, then you must be aware of Côte d'Azur, or French Riviera, between the Southern Alps and the Mediterranean. The place is a famous destination for jet setters and celebs due to several reasons.

The southeast coast of Provence is filled with beaches and other beautiful places. This coastline was the modern resort area and started as a winter health resort for the British upper class at the end of the 18th century. The French Riviera is famous for its glamor and beauty. It is an unofficial area and has no official boundaries. No official boundary means there’s no exact definition where French Riviera begins or ends.

Several cities are included in the French Riviera and have become a popular destination for tourists. Due to its incredible climate and rich history, the place welcomes millions of tourists from around the world. Through Autumn and Winter, the place is protected from winds by the Alps. From May to September, the climate is ideal with sunshine and beautiful nights. But before you decide to visit French Riviera, follow these travel hacks that could save you time and money. 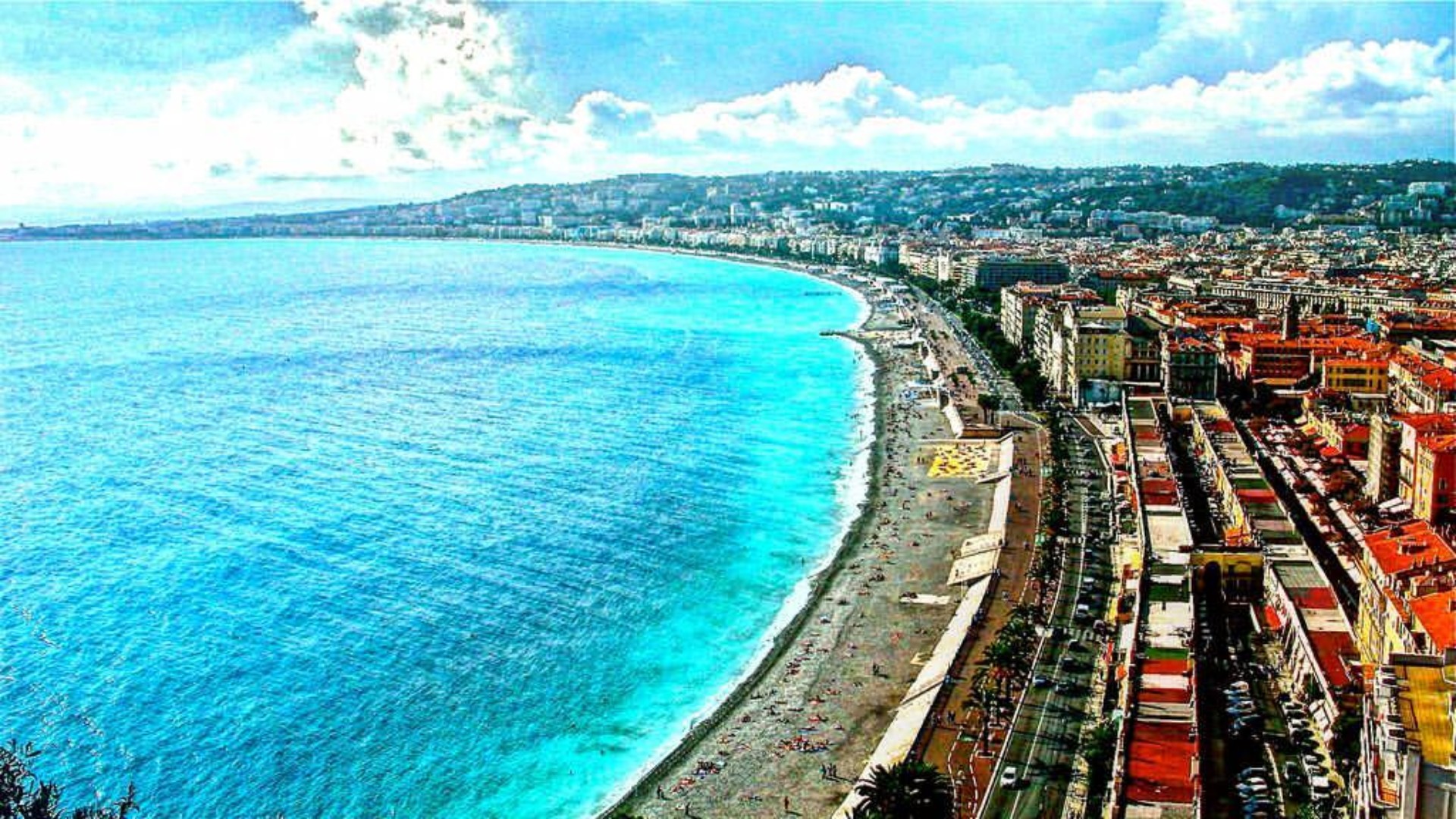 It is the largest city and also has the airport of the French Riviera. It is a colorful old town and full of narrow streets consisting of galleries and shops. You can capture the cafes around the town’s square and can watch people enjoying sunsets.

If you are planning to visit Nice anytime soon, then you can’t miss strolling along with the city’s public park and botanical gardens that link Modern and Contemporary Art. With beautiful beaches around and incredible weather, the place is worth visiting for everyone.

If you love art, then you would appreciate the Matisse museums, nightlife, and wonderful dining. Built at the top of the hill: the Castle of Nice was a citadel used for military purposes. Currently, it is used as a park and is also the most famous garden in Nice.

It offers breathtaking views throughout the day, stunning panoramas, and also highlights different landscapes. You don’t have to worry about accommodation as the place offers several hotels and resorts with full amenities under a budget. 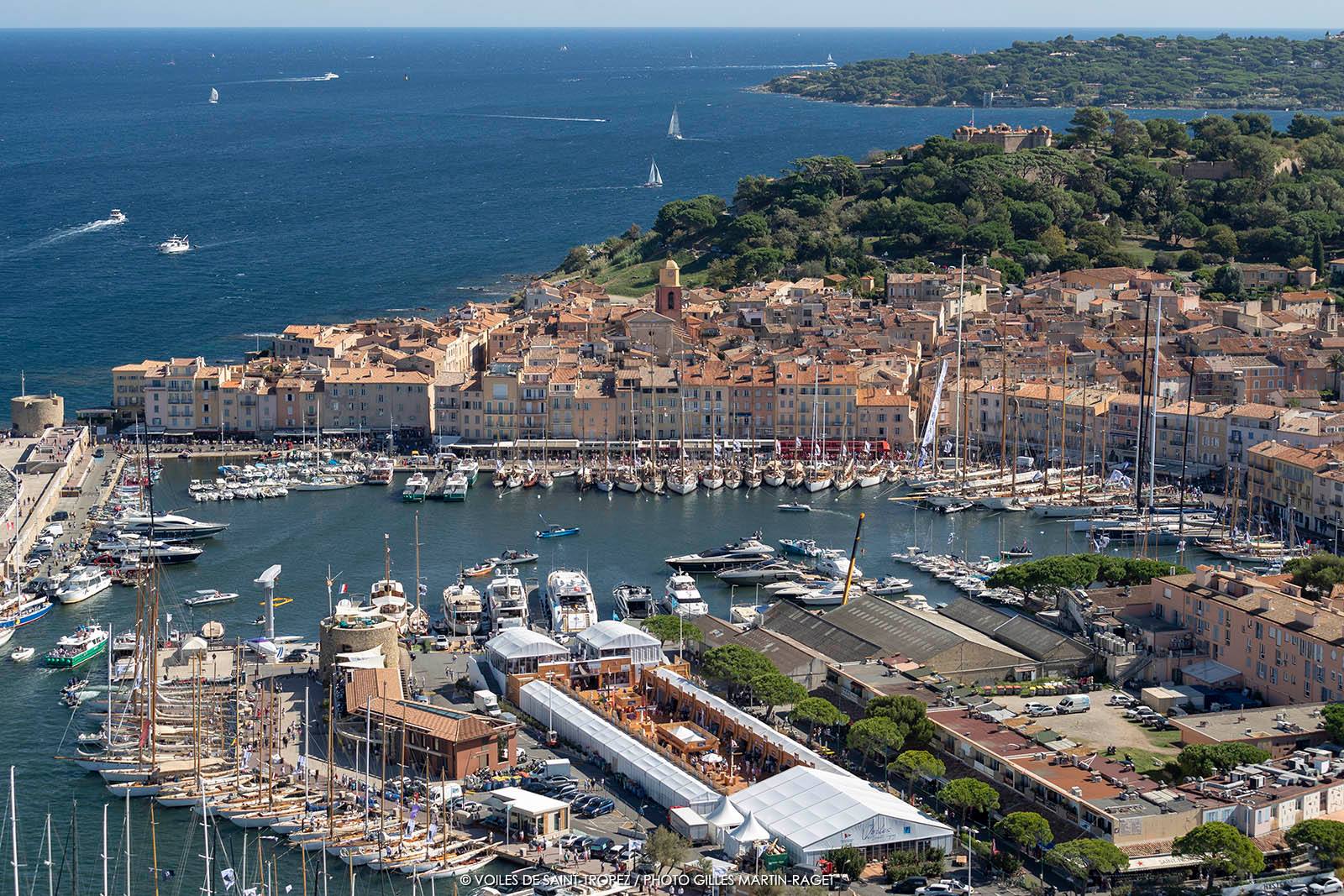 Saint-Tropez is a town on the French Riviera and was a fishing village until the start of the 20th century. Later, it turned out to be a resort for the American jet set and tourists. You could capture more than bars and clubs here. The town has a long history associated with contemporary art.

You can find several old and modern museums in Saint Tropez. Besides this, the place is famous for local desserts and cakes. It has its dessert that was created in the 1950s and is still popular in restaurants. The visitors can see elderly people playing pétanque, while villagers can explore traditional markets or outdoor cafes. The captivating Mediterranean sea and the soothing ambiance are the pieces of attraction of the beaches here.

Every year, at the end of September, a regatta is held in the bay of Saint Tropez. Several tourists come to this event to experience new things in their life. Another event, Les Bravades de Saint-Tropez, is an annual celebration that takes place in May when people come to celebrate their military achievements. The Vieux Port is the heart of the town and is full of colorful houses and yachts.

If you don’t own a boat here, then you can rent it for a day. Saint Tropez Citadel has an amazing hexagonal shape and protects the entire city from the above. If you want to stay more days at Saint Tropez, then you can find extra things to do here. For instance, La Ponche is the most captivating walking spot in the city. Maison des Papillons is a butterfly museum, where you can explore over 35000 specimens that are rare and exotic. 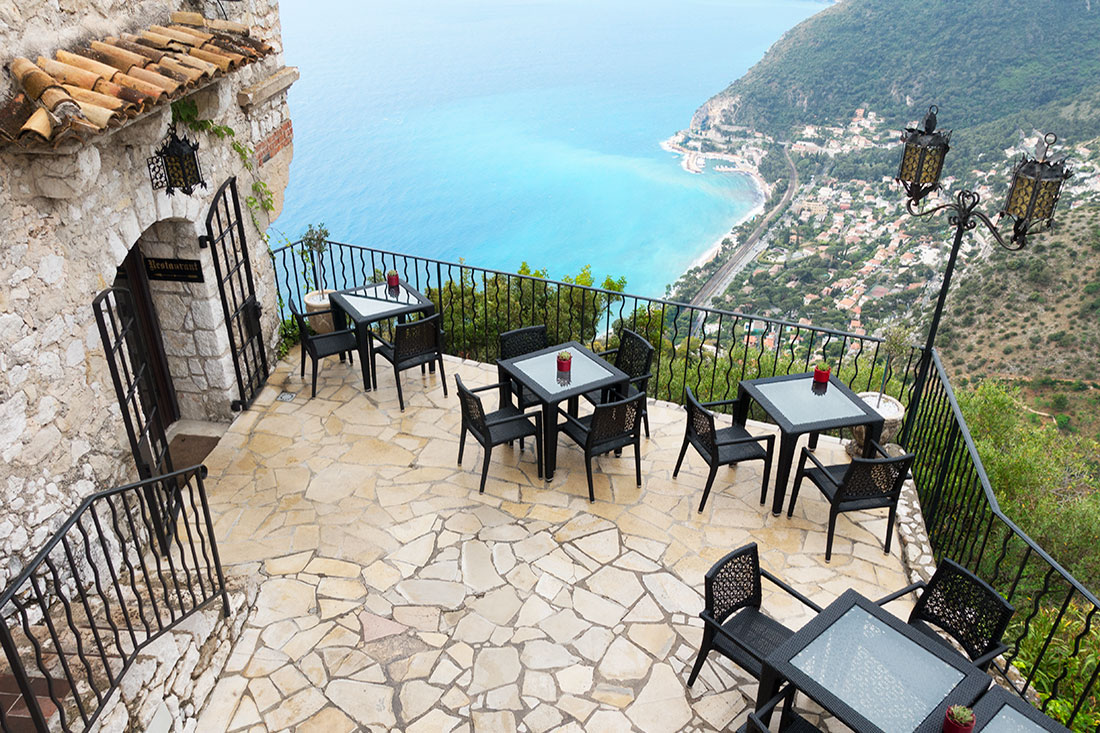 Eze is a beautiful city built on the top of the hill and faces over the crystal waters of the Mediterranean Sea. It was made into a beautiful habitual town during the late 12th century. In 1938, the city was ruled by the Italian Royal family, Savior.

However, later the French took over the control. The Eze you would see today was rebuilt during the medieval times by the French. According to legend, the place got its name on behalf of the Egyptian goddess Isis. Currently, the place is home to thousands of people.

You can capture a beautiful combination of mystery and mystique. At the top of Eze, the hillside has an amazing Exotic Garden with a mesmerizing look. Below the medieval village, there is the Fragonard Parfumer.

It is a perfume factory that highlights aromatic flowers grown in the Provence region. If you love nature and hiking, then a scenic trail starts near the factory that continues down the hillside to make your walk memorable. 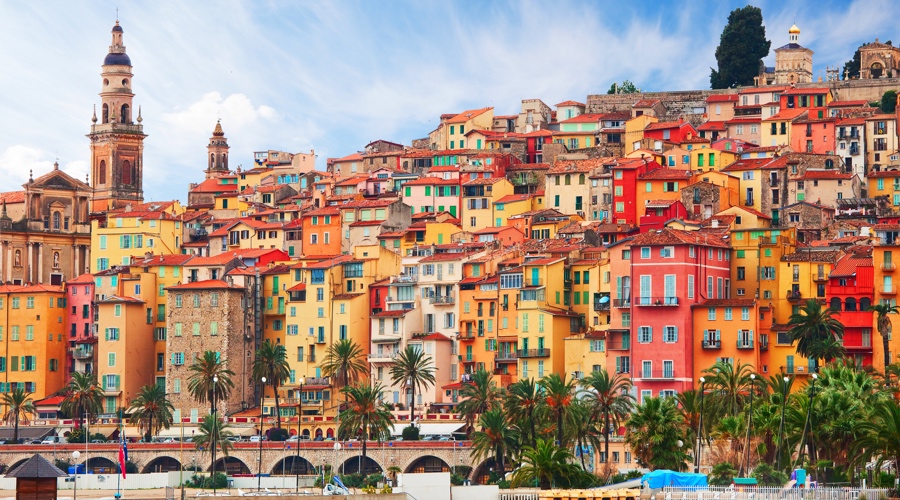 For centuries, Menton formed the border between Genoa and Provence. It has been inhabited since the paleolithic area. The seaside city of Menton boasts a location with a beautiful climate throughout the year. The weather allows citrus fruits and flowers to flourish. Another attraction of Menton is gardens, including Jardin Biovès filled with trees, flowering plants, and fountains.

The Jardin Exotique Val Rahmeh is a botanical garden planted with a variety of tropical vegetation. Menton in the French Riviera is famous for its fascinating gardens that feature unique flowers from around the world.

If you are planning to stay in Menton for a week, then you can find several hotels with full amenities and affordable prices. Jean Cocteau, a poet, an artist, and a film director, liked Menton very much. The largest and the fascinating attraction here is Musée Jean Cocteau, collection Séverin Wunderman à Menton.

Restaurants in Menton offer varieties of cuisines that can’t be found elsewhere. Mirazur and Petit Port are famous restaurants here that you can’t miss visiting. Val Rahmeh is a beautiful piece of paradise that features the slopes above Menton for over 100 years.

Established in 2011, Jean Cocteau Museum is dedicated to the French artist Jean Cocteau. The place is divided into seven parts and contains 1000 graphic works by Cocteau. The beautiful collection of 1800 pieces composed of film and photographs & graphic art. 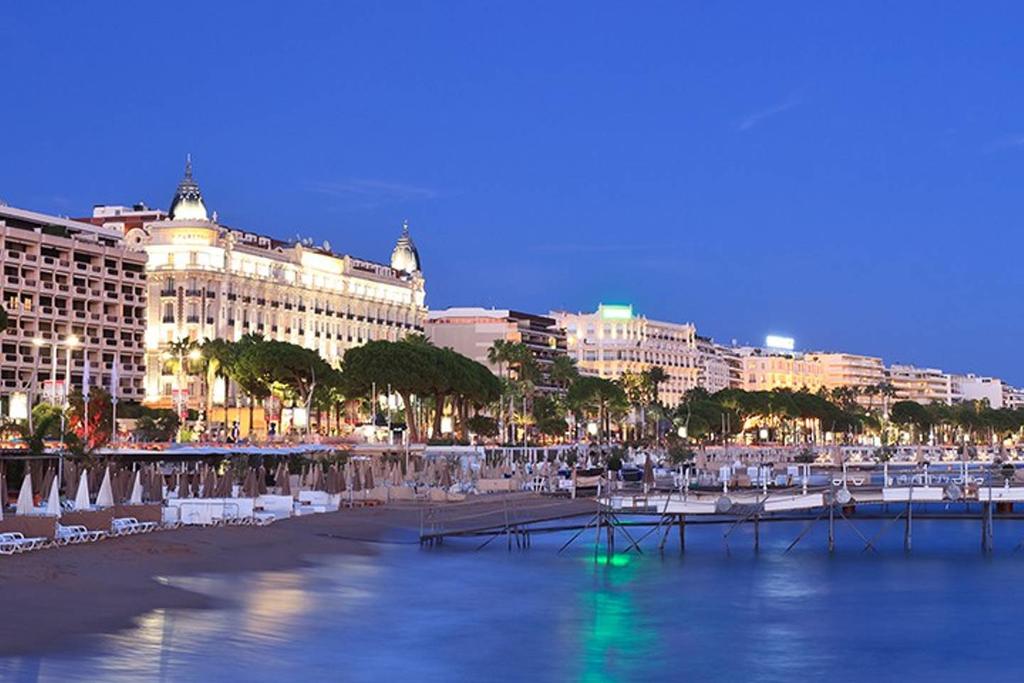 Cannes is a commune located in the Alpes-Maritimes department and a host city of the Cannes Film Festival. It is known for its famous luxury hotels and restaurants. Cannes summers are warm, with summer daytime temperatures hitting 30C and average temperatures about 25C.

During the festival, fans can see celebrities, directors, and other popular personalities. The nightlife and high-end restaurants give Cannes a luxurious feel. People can look and explore the beauty and unique architecture of Le Suquet with its eye-catching views. The film festival of Cannes has been a prominent festival since 1946.

The Boulevard de la Croisette is filled with lavish villas and upscale boutiques. The place Cannes is glittered with glamour and attracts everyone with its beaches, luxury yachts, and wonderful restaurants. At the heart of Le Suquet, there is an old church and the 11th century Chevalier watchtower dominates the skyline.

The red carpet event is the biggest moment of the year in Cannes. The festival has earned a reputation for promoting excellent films. Another place in Cannes is Palais des Festivals et des Congrès, a venue for the Cannes Film Festival designed by the architect Druet and Bennett. Musee de la Castre consists of a historical monument, a castle that was the monastery of Lerins monks. The museum has a collection of pre-Columbian primitive art and antiquities.

Besides this, Cannes in the French Riviera is popular for its sandy beaches. The majority of beaches in Cannes are owned by people, and other beaches are open to the public. There are different options for everyone, regardless of age.

Plage du Casino is a golden sand beach, while Plage de la Bocca is a beach with breathtaking views. Visiting Cannes with family is fun. It features several beautiful places, museums, gardens, groups of islands, and other places, where kids can enjoy themselves to the fullest without disturbing you. 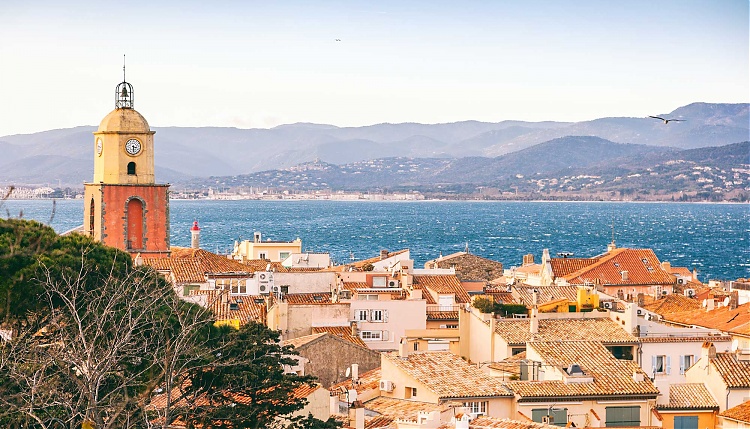 Ramatuelle is a commune in the Var department in the Provence-Alpes-Côte d'Azur region in southeastern France. It was built on the hill to defend against enemies. Earlier, it was known as Ramatuella and was a major part of the area ruled by the Moors of nearby Fraxinet in the ninth and tenth centuries.

The place is known for its soothing environment and has a strong heritage that traces the centuries of the history of places. It is a natural heritage and is surrounded by beaches. Ramatuelle in the French Riviera provides amenities, including free Wi-Fi, a swimming pool, and a garden to make the stay convenient. You will adore the small streets with flowers everywhere, small shops, and captivating restaurant streets with quaint. 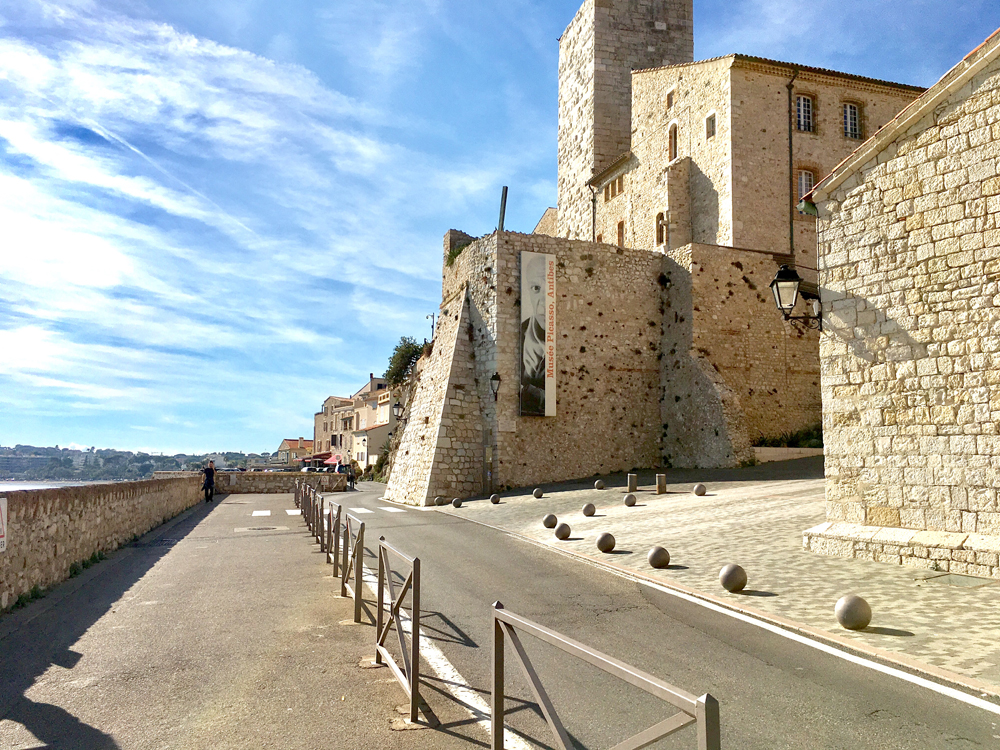 Antibes is a beautiful city in French Riviera. The city was founded by the Greeks over 2000 years ago and later incorporated into the expanding Roman Empire when it was known as Antiboul. It has a 24 km coastline with several beaches overlooking the blue Mediterranean Sea. The beautiful settings of pine groves and sea views can be captured forever. The place is filled with flourishing vegetation and has a flower growing industry that includes carnations and roses.

Antibes is one of the amazing places on the French Riviera and also a perfect destination to relax. Vieil Antibes (old town) in French Riviera is an enchanting place to wander. The streets here are filled with gourmet food, cafes, and restaurants. The beautiful Antibes has attracted and stolen the hearts of several writers and artists. 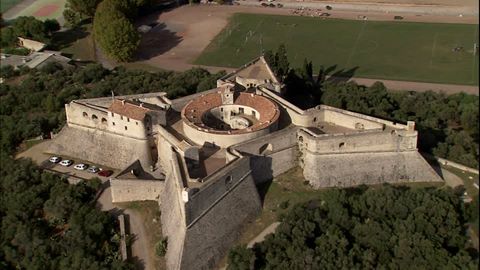 It is the 16th-century star-shaped fort that stands on the outskirts of the Antibes, France. In the 1680s, Vauban strengthened Fort Carré, added traverses to protect against ricochet fire, and exchanged the stone parapets.

Later, the fort’s design was modified to take eighteen cannons. You can enter into the fort through a triangular work that extends beyond the walls and is pierced by a heavy wooden door. This beautiful fort stands 26 meters above sea level with a 360-degree panoramic view. It is covered by 4 hectares of parkland featuring flora and fauna.

Traveling gives an incredible experience, memories that you are going to cherish forever, lets you meet new people, and make you learn about different traditions and cultures. Next time, if you plan to visit French Riviera, don’t forget to add these beautiful places to the list.