How does it feel to serendipitously stumble upon the artwork of a world-famous artist hidden behind a French luxury goods house?... 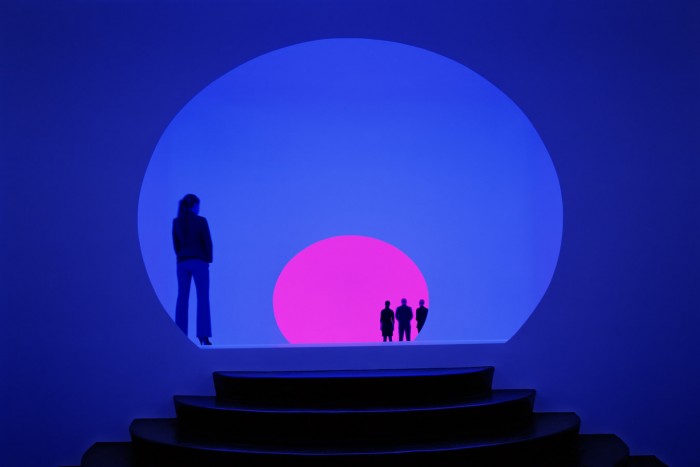 How does it feel to serendipitously stumble upon the artwork of a world-famous artist hidden behind a French luxury goods house? Undoubtedly, it’s a great feel and knowing that it happens to be one of the world’s largest ganzfeld adds to the delight. Such is the beauty and awe of total color immersion art exhibit “Akhob”. Certainly, this mind-bending installation will leave you flabbergasted at its very glimpse.

James Turrell is a renowned American artist who is well-known for playing with luminescent lights and space in his artworks. Unveiled in June 2013 in the city of Las Vegas, Akhob art exhibit and three other major exhibitions held parallelly commemorated the artist’s 5-decade long career. 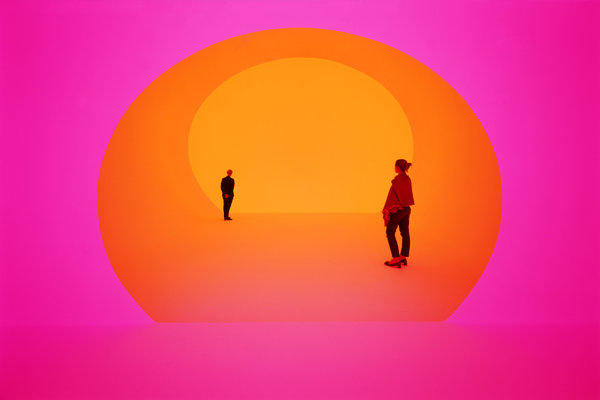 Akhob is the largest permanent chamber with Ganzfeld effect ever built by Turrell. And possibly, it’s one of the largest permanent ganzfeld in the world. Ganzfeld is a German word meaning “complete (visual) field”. It’s a visual phenomenon of describing total loss of depth perception that’s similar to the experience of a white-out.

In 2013, the popular French fashion house “Louis Vuitton” roped in James Turrell for this art installation that occupies a space on the fourth floor of its City Center store in Las Vegas. Considering the commercial space, the impact of this large-scale and extraordinary installation is baffling. 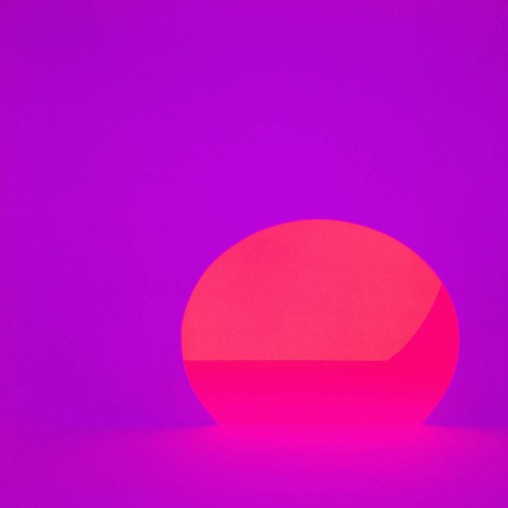 The art exhibit’s name “Akhob” belongs to Egypt’s Amarna period and it means “pure water” (according to a tour guide). It consists of circular openings that lead to two huge chambers filled with slowly changing, rotating light. 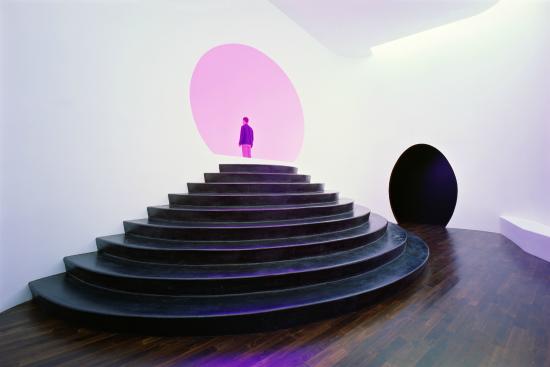 The Ganzfeld effect gives your eyes a gentle, soothing bath in the most brilliant colors that you can imagine. The vibrant hues change one after another in an indiscernible manner, in and out of each other on a cycle lasting for 24 minutes. Sometimes, the meticulous colors combination makes it almost impossible to find the door through which one had entered. 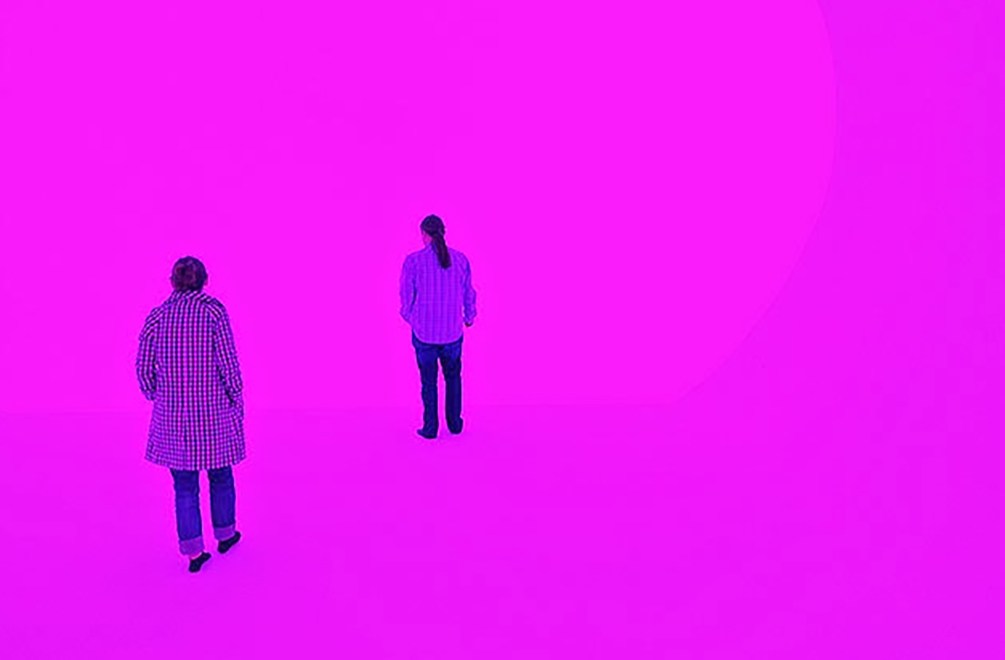 Designed in a series of rooms, Akhob creates a peripheral and visual disarray with the intensity of 900 color-changing LED lights. Without any apparent edges to walls or ceilings, the installation deprives one of the ability to fathom depth thereby rendering a bewildering sense of infinity. A global design & architecture firm Gensler partnered with Baltic Studios, Turrell’s lighting designer to materialize this one-of-its-kind immersive experience. 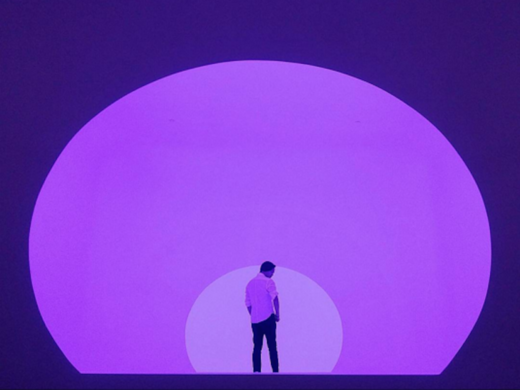 At the 2013 AIA Nevada Design Awards, Gensler bagged a merit award in collaborative achievement for its work on the “Akhob” art installation. 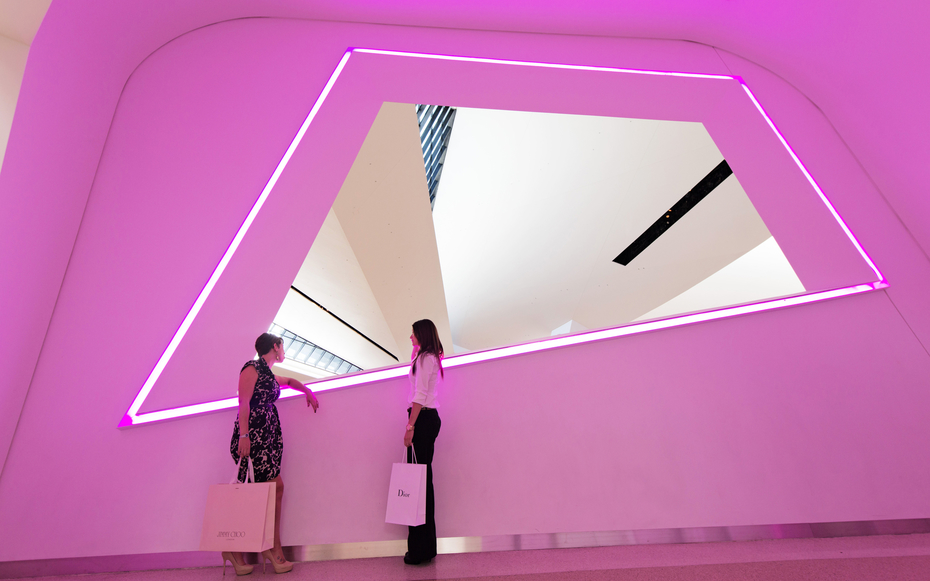 Free and open for public viewing, this installation can be visited after making a reservation 3-4 weeks (yes, at least a month) before. The reservation is limited to 4 people at a time and in case of private parties, it can go up to 6. It is open from Thursday till Monday during 11:30 AM-7:30 PM and remains closed on Tuesday and Wednesday. You can give them a call at 702-730-3150 for pre-booking. 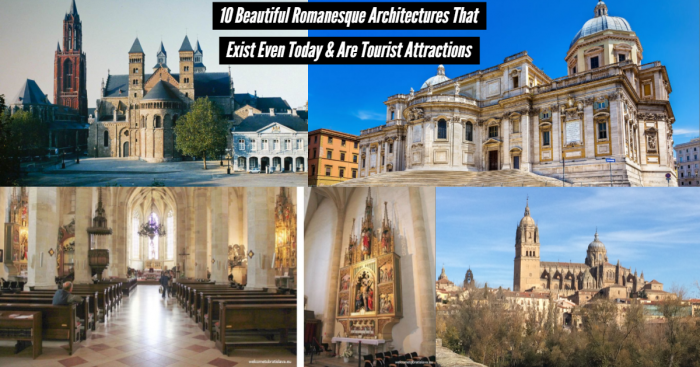