10 Most Haunted Sea Shipwreck Stories Ever Marked in History

It is easy to write on diver’s terrible experience of underwater happenings, however, there are some incredible shipwrecks that are reported to be most haunted. 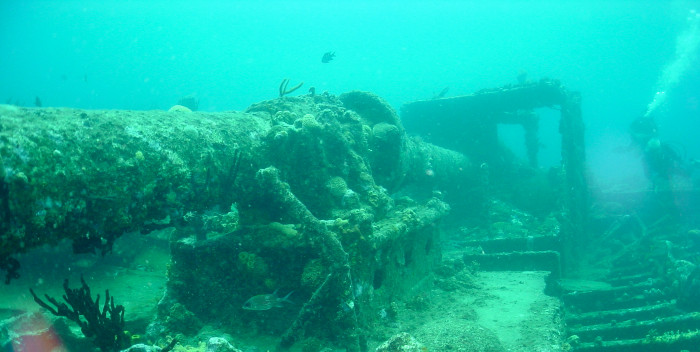 You love enjoy diving in water, find pleasure experiencing water slides in the park, love spending time around the water bodies, but do you really know that water sometimes can also be associated with spooky stories or incidents? For experienced divers, exploring the depths of the ocean is a really interesting part.

You might have heard about the sharks and the freaking stories of the  wild water animals attacking on humans and more, but are you familiar with the haunted sea shipwrecks stories? If not, then be prepared to hear some frightening stories of shipwrecks happened in history. 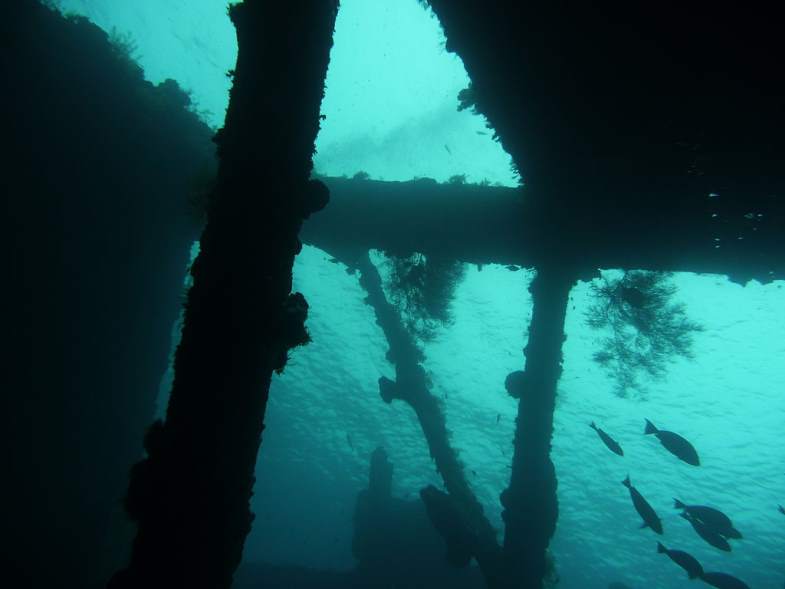 The two ships accidentally became the part of 60 vessels that were sunk by the US planes and other crafts in February during WWII. The two ships can be found at the bottom of Truk Lagoon in the Central Pacific. The final attack by two Monterey planes reported a huge explosion and the two ships finally went down. For many years, this shipwreck was considered as the “showcase wreck” and was headlined as the best diving attractions. Today, divers explore the atmospheric remains of the vessels and sometimes also get entertained by the sharks at the place. (3.1) 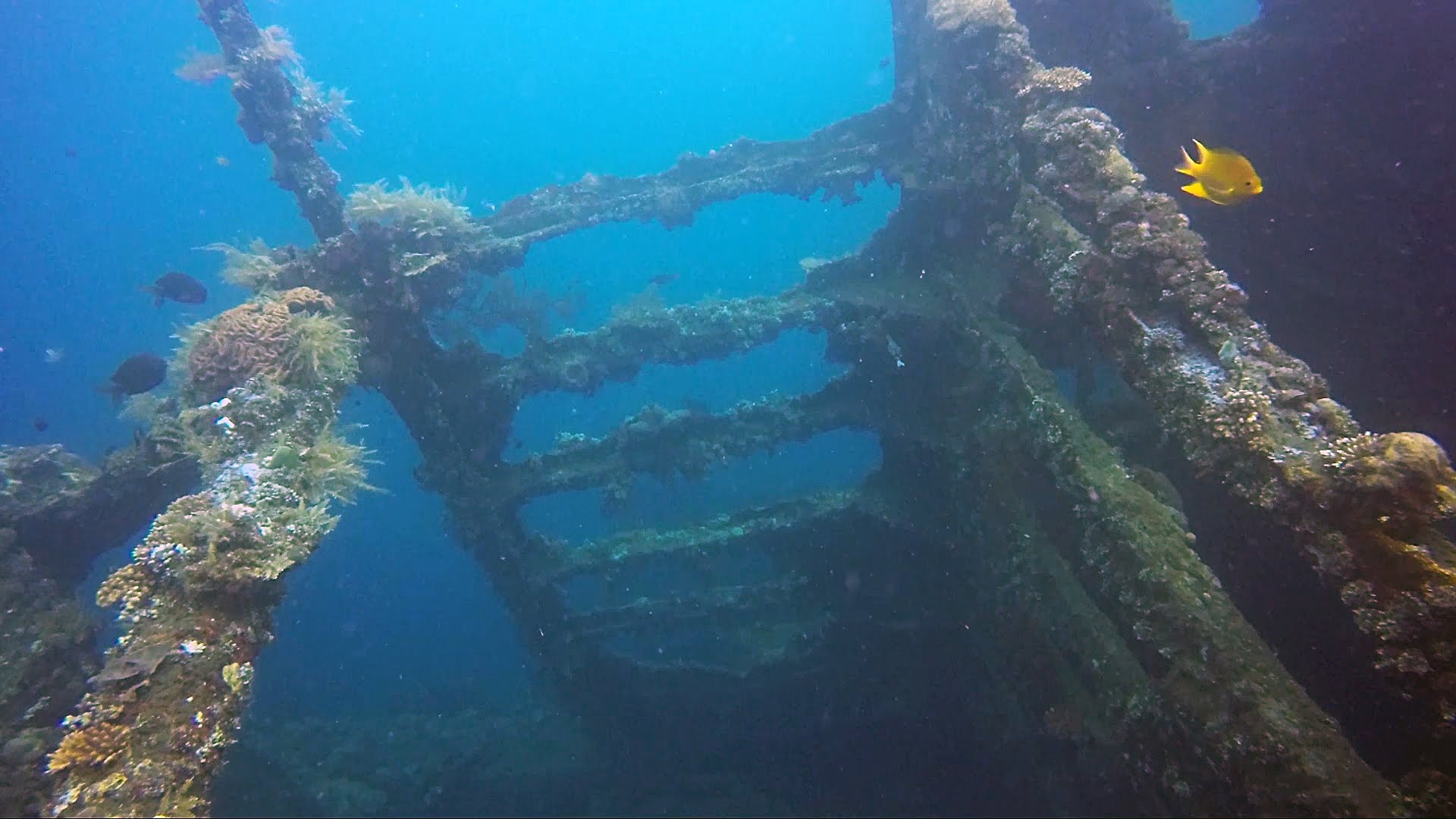 USAT Liberty is another haunted sea shipwreck not by the spirits of the dead but by an unidentifiable energy source. This United States Army vessel was located in Bali’s Lombok Strait in January and got hit by a Japanese torpedo.

The ship was unloaded and then was left to rot. Today, anyone visiting this vessel experiences some rapid ghostly object approaching them. 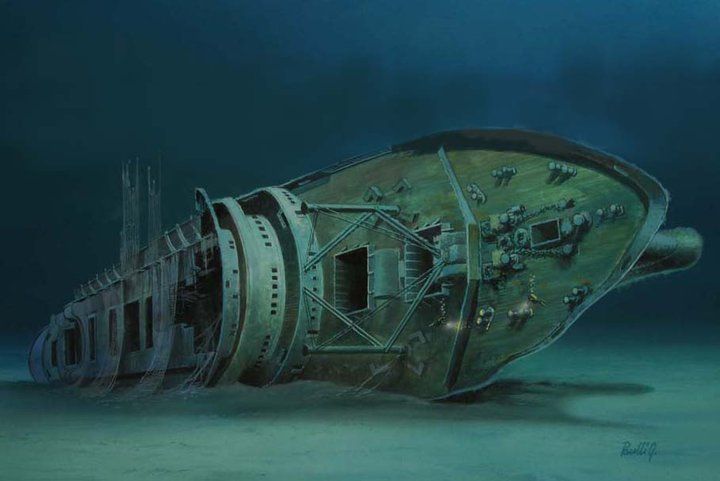 The wreck of this popular ship is sometimes referred to as “The Mount Everest of Scuba Diving”. This is so because of its location 180 feet under the waves. It became famous for her sinking in 1956 when nearly 50 people were killed.

It was on July 25, 1956, when the ship was reaching the coast of Nantucket; Massachusetts collided with the infamous maritime disasters. The incident thereafter was covered by the media. Unanswered questions, about the accident, have left observers intrigued and haunted the survivors for more than 50 years. Even today, the passengers feel the sensation of being touched by the ghost while passing the wreck in the ocean. 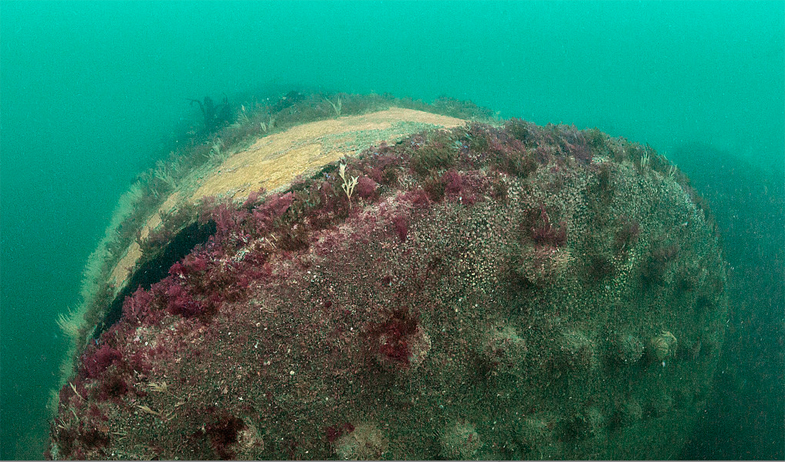 This shipwreck is considered as the most haunted wreck in the history. Today, the diver claims that they experience a strange sensation and shock when coming in contact with this damaged steamer. Even one of the diver said that he had spotted a mystery man hopping off a boat before disappearing inland. (3.2) 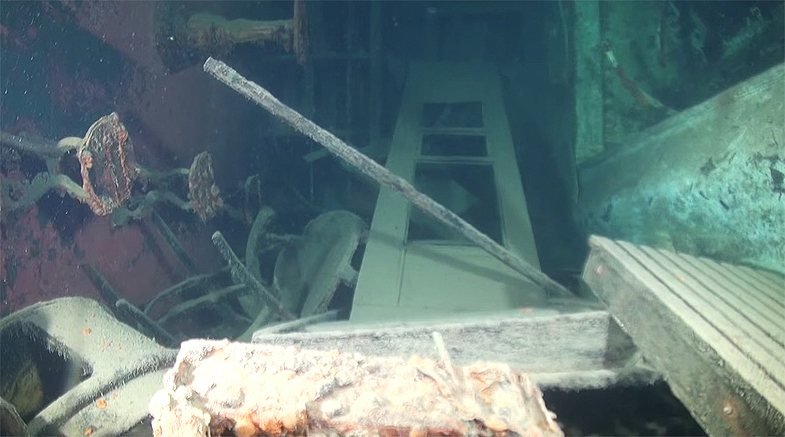 S.S. Kamloops was a lake freighter and a part of the fleet of Canada Steamship Lines until it sank off in Lake Superior in December 1927. Nicknamed Grandpa or Whitey was the only soul out of the 22 crew members who lost her life when S.S. Kamloops went down in a storm in the lake. For many years, the ship remained without a trace. Later in 1977, her remains were discovered nearly Isle Royale, Michigan. The body in the engine room is said to have the disturbing habit of moving around of its own accord. 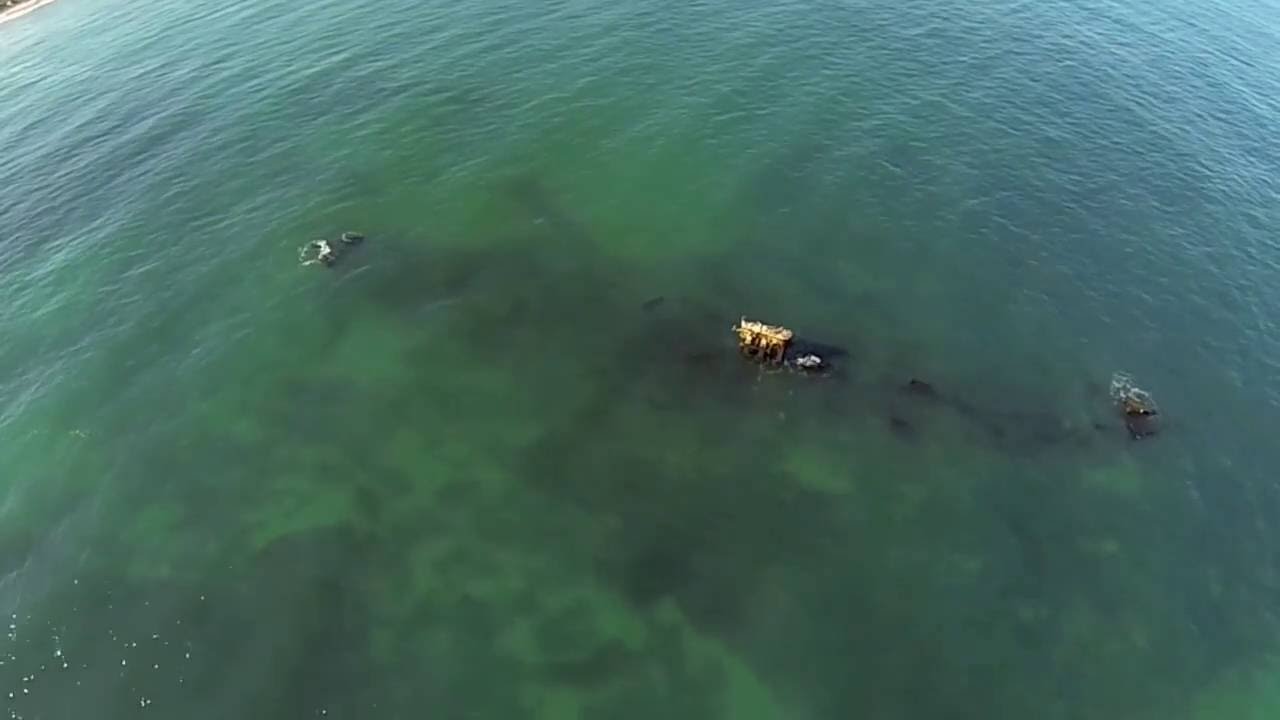 While you think that all shipwrecks are the results of the calamity at sea. The Alkimos met a dull end by running aground near to Australia. The checkered part of the ship has led many to believe that it brings bad luck and that now a ghost and evil spirits haunt this wrecked body. It was constructed during the WWII.  The accidents on the ship caused the workers to cover themselves within the ship’s hull, and it is now believed that their spirits roam in the vessel. Besides this, an enigmatic apparition of Harry, the victim of the murder-suicide is said to haunt the ship. 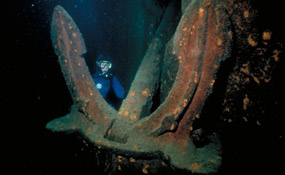 Another haunted sea shipwreck story in history is of the S.S. Emperor that ran aground in the time of June 1947 close to Lake Superior Isle Royale.  The divers exploring the site reported several accidents and bizarre incidents over the years, the damaged vessel now has some threatening reputation.

The divers claimed to have seen the evil spirits like the ghost of the Emperor’s perished crew member still at work. Some have reported hearing the voice with word ‘die’. 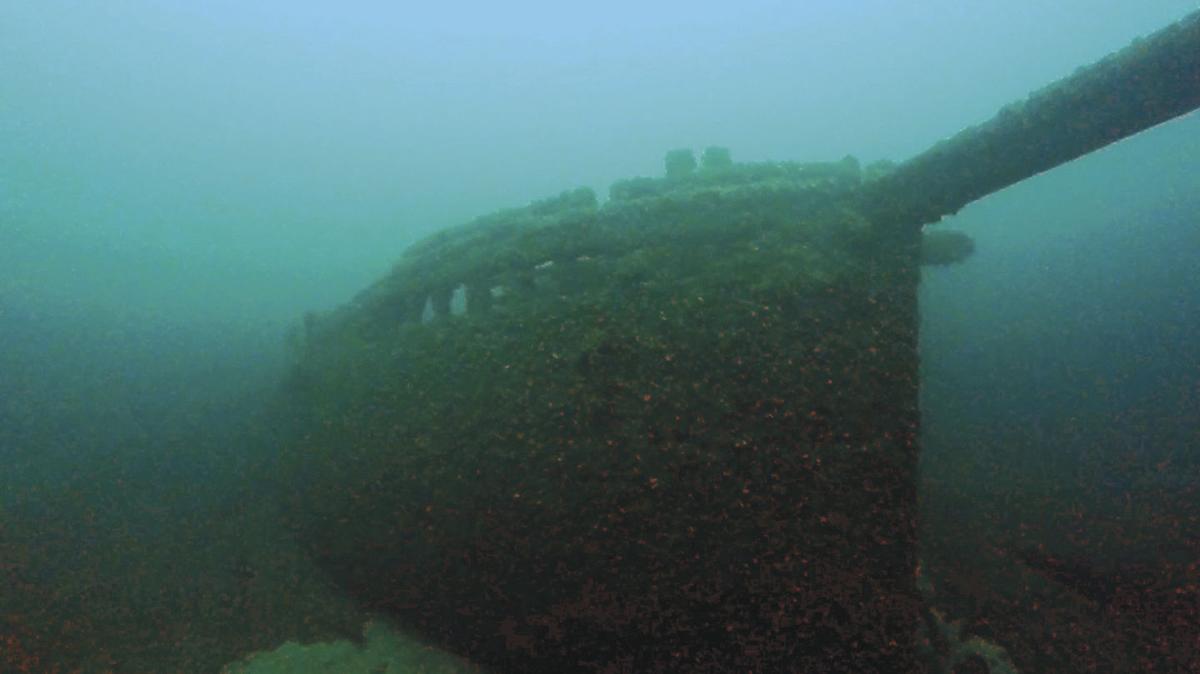 It was in October 1898, the St. Peter got attacked with a storm on Lake Ontario while delivering coal from Oswego to Toledo, Ohio. The crew attempted to bear the accident for 12 hours in face of 20 foot waves, but it was of no benefit.

The rescuers arrived to find the sole survivor that is the boat captain, clinging to the vessels’ mast. However, some stated that the captain Griffin was not alone, but his wife Martha was there too, unfortunately, she was drowned before the captain was rescued. Today it is said that her spirit haunts everyone. Even some say that Martha’s ghosts appear every year on their death anniversary. 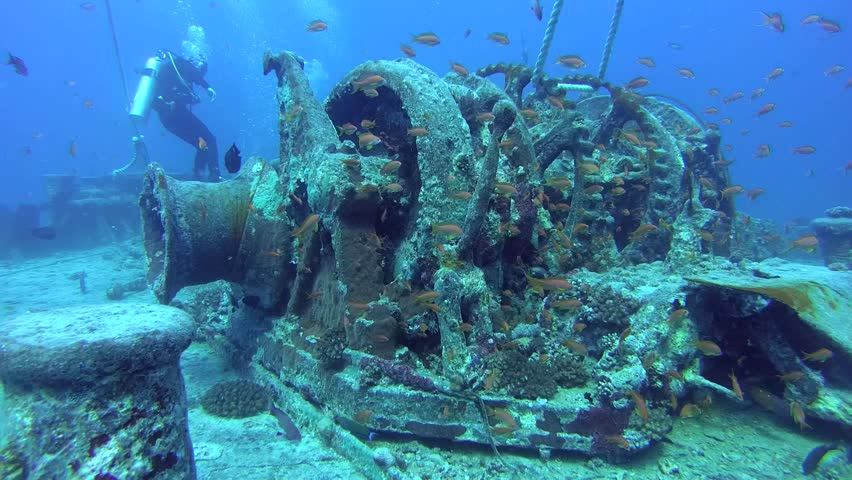 S.S. Thistlegorm shipwreck is one of the best-known wrecks that had happened during the WWII. It is better known for its detection by Jacques Cousteau in 1952 and also for the remarkably intact cargo of locomotives and motorcycles. Though, there are a number of frightening occurrences has been noted at the site. The ship was en route to Alexandria from Glasgow in October 1941 and was bombed by German aircraft. The ship sank in the Northern Red Sea with the loss of some lives. The divers claim that they still hear the noise of running machine from the Thistlegorm. 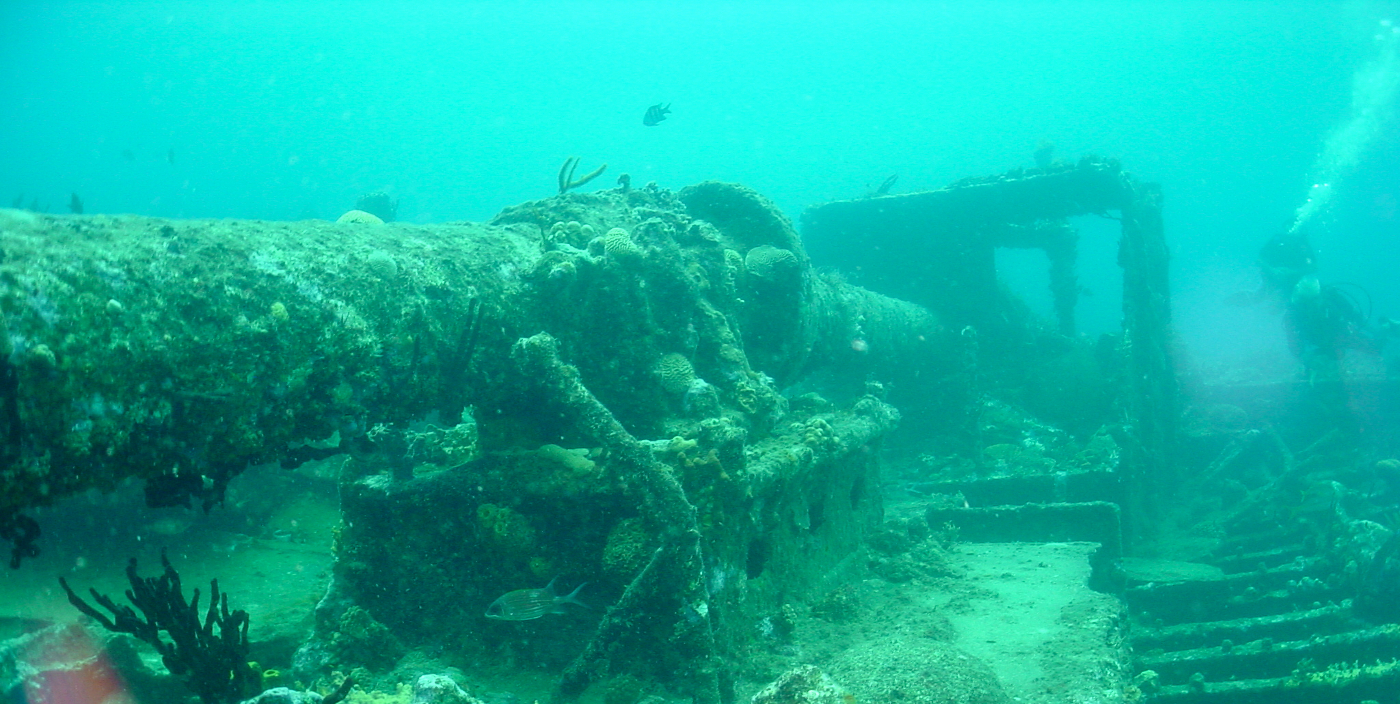 RMS Rhone shipwreck is one of the most haunted wrecks marked in history. The tales about the RMS Rhone is quite disturbing. It was in 1867 when the ship was driving for the Caribbean and hit a hurricane off Salt Island in the British Virgin Islands. As a result, there was the loss of more than 250 lives. The story of this shipwreck continues to become more disturbing when an unknown number of people from another ship was carried to the vessel not long before this incident took place.

The passengers were tied to their bunks to save themselves during the storm. It is believed that the frightening moments of these souls could be the source of the unexpected groans that is heard coming from the wreck. Besides this, there are some tapping sensations that disturb the divers to turn back again and again. (3.3)

14 Birds With Creepiest Sounds You Never Want To Hear Alone