10 Most Mysterious Islands That Will Creep You The Hell Out

Some islands are beautiful, some are a bit odd, some are dangerous while some are filled with bizarre elements and mysteries. Let’s see some of the world’s creepy islands here. 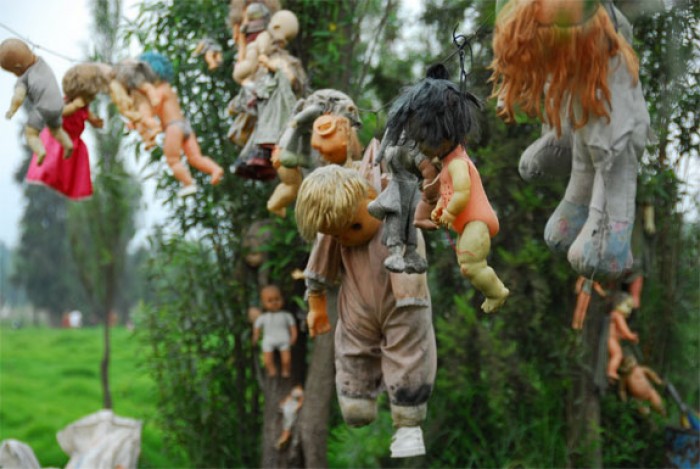 Islands have always captured the attention of everyone since ages with its disappearance. Some islands have evolved due to environmental changes, while others have vanished with water. In spite of all this, there are several islands which are known for pristine beauty and which you can plan out as a destination trip. Many folklores and secrets are linked to them which are enclosed in the shells. Mysterious secrets have now been revealed out in the world about these deadly islands. All of them are bounded by epic stories of their past.

Here is a list of some mysterious islands in the world with dark past: 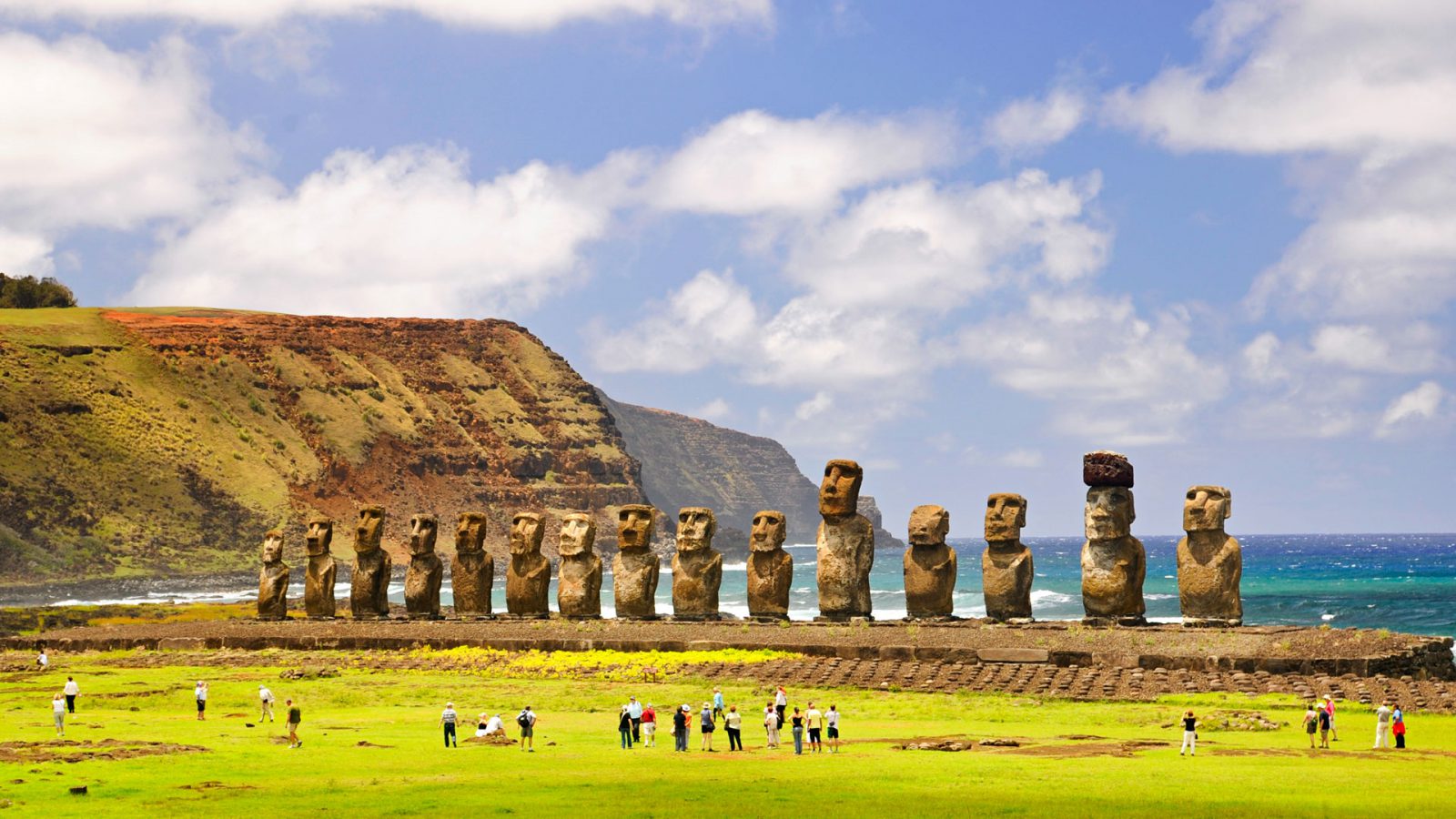 Easter Island was found by a Dutch captain on the Easter day. Since then, the island is known as Easter Island. This mysterious island is covered with 887 statues which are several stories tall.

It is said that Polynesians built these statues with the primitive tools. This island is famous all over the world for its enigmatic monuments. 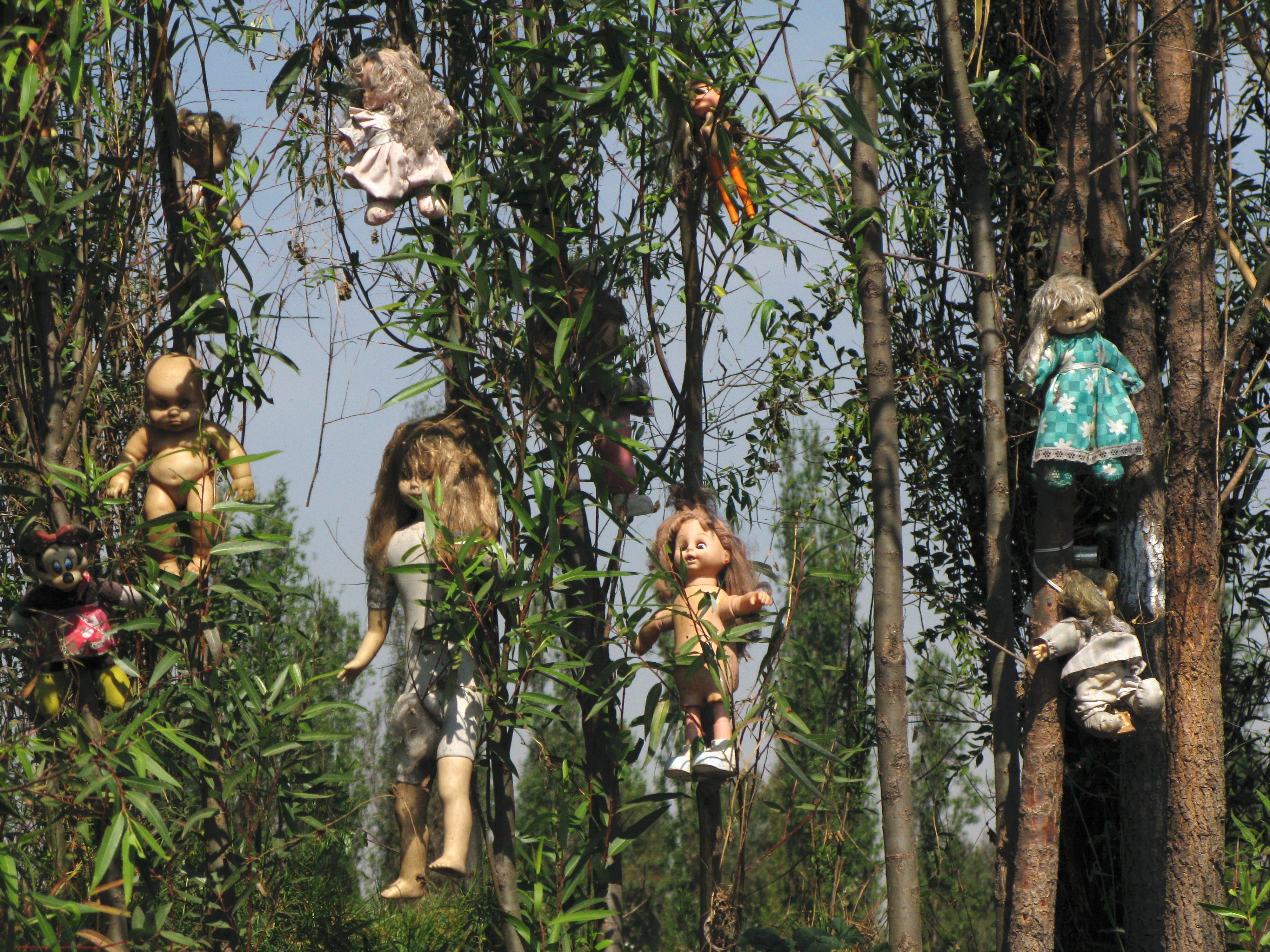 The island of dolls is known as la Isla de las muñecas in Spanish. It is one of the creepiest islands in the world with hanging dolls all over the island.

In the past, a man named  Don Julian lost his entire family. He heard a woman screaming from afar. She was drowning in the canal. He could not save the woman and thus he hears her voice at night in sleep after her death which may be a sign of regret that he could not save her. But being emotional at heart, he started hanging dolls all over the island in order to ward off the spirit.

Later on the trespassers and other people who saw the dolls stringing gave him more and more dolls to hang on the trees. Soon the entire island trees were filled with stringing dolls. It became one of eerie tourist destination in the world. 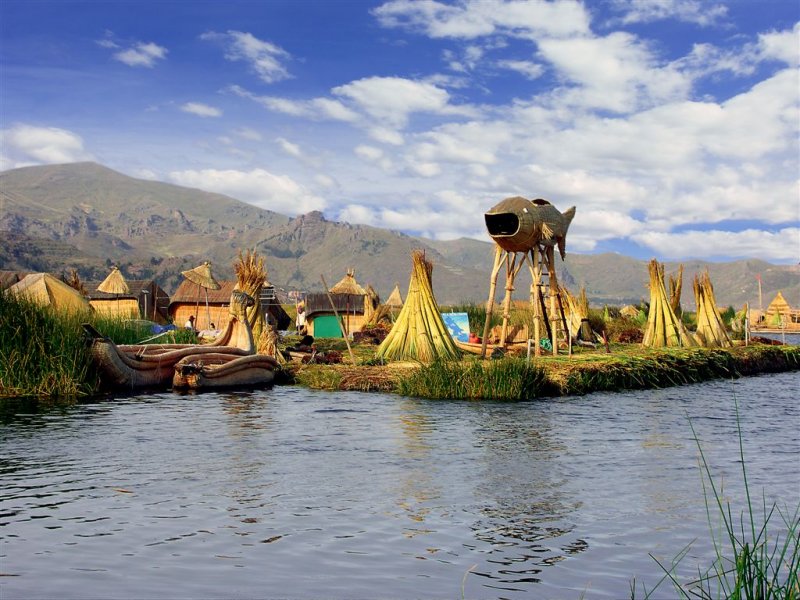 The Floating Island of Lake Titicaca in Peru is a manmade island. It is made up of totora reeds which are woven to make mattresses. The numerous mats are fastened with one another to form a thick bed which is tied with the rope in order to protect them from drifting away.

This man-made island was developed by Uros tribe who build this settlement long ago just to be away from other tribe living in the area. Earlier fishing was the source of their income but it changed into tourism. 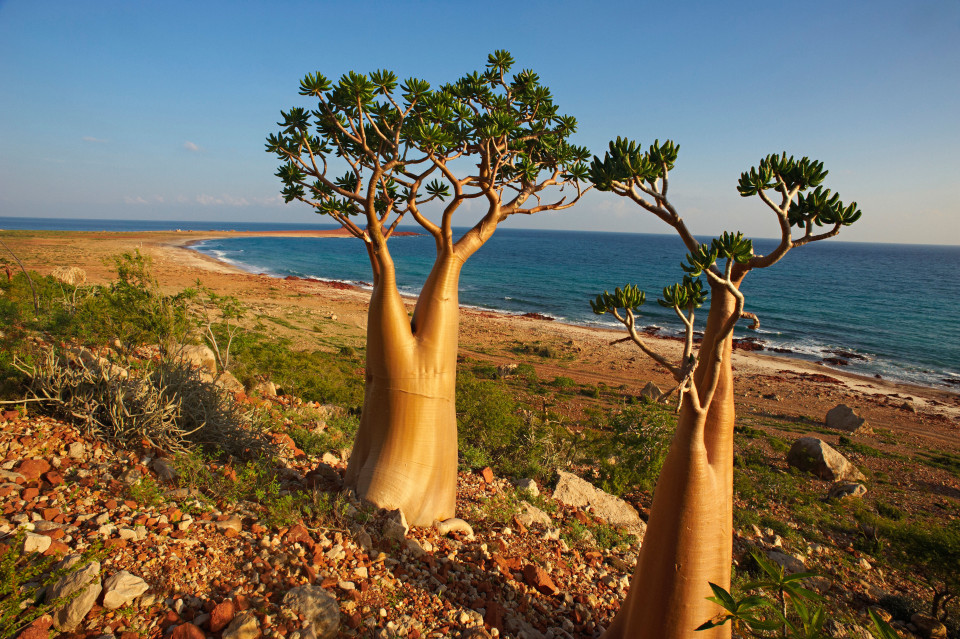 If you land on Socotra island, you will feel as if you are on an alien planet. This island is known for its endangered flora and fauna which is unique in the whole world. You will never find something of this sort anywhere else in the world.

The place is famous for spectacular geographical conditions, haunting beaches, dragon’s blood, amazing trees and many lovely and strange species of birds which add beauty to this pristine mystical island. This island is surrounded by turquoise water which makes it alluring. 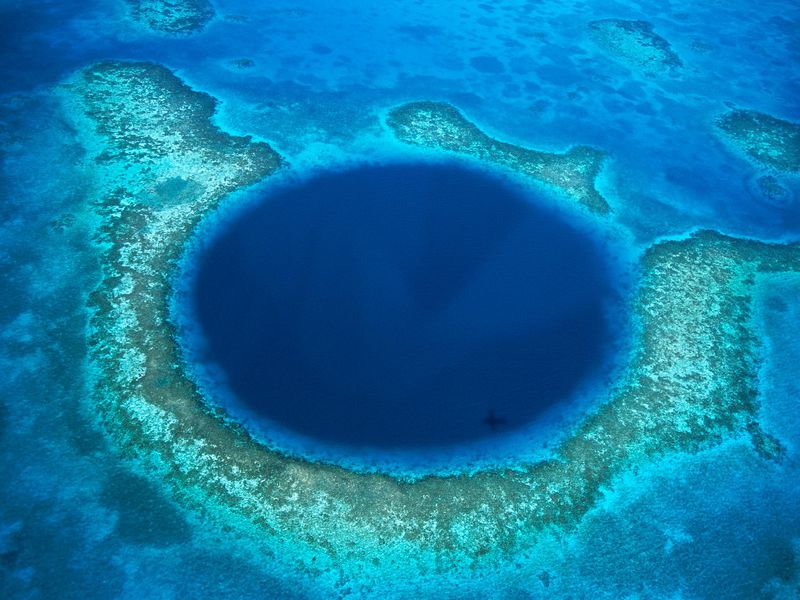 Great Blue Hole, located in the Caribbean sea, is a sinkhole rather than an island. Still, it deserves to be on the list here. It is a deep hole around 450 feet with aquatic life and limestone stalactites.

This amazing place is incredible in itself. People who love diving will enjoy the most here. One of the most famous divers Jacques Yves Cousteau was a big fan of this beautiful place. 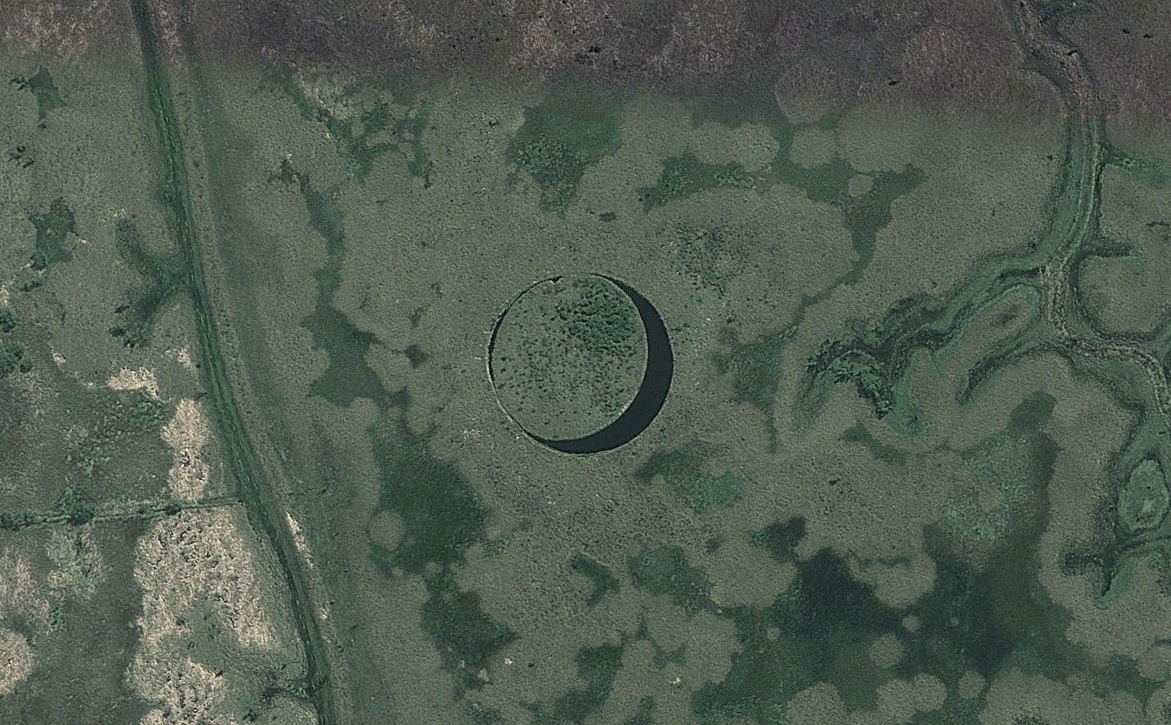 This island is in a perfect shape of a circle having the diameter of 120 meters. It is surrounded by a channel which looks like a crescent moon. When both of them come together, they look as a floating eye.

Thus the island is named as Floating Eye. This island float on its axis. It was discovered by a filmmaker in 2016 when he was looking for scenes for science fictional movie. 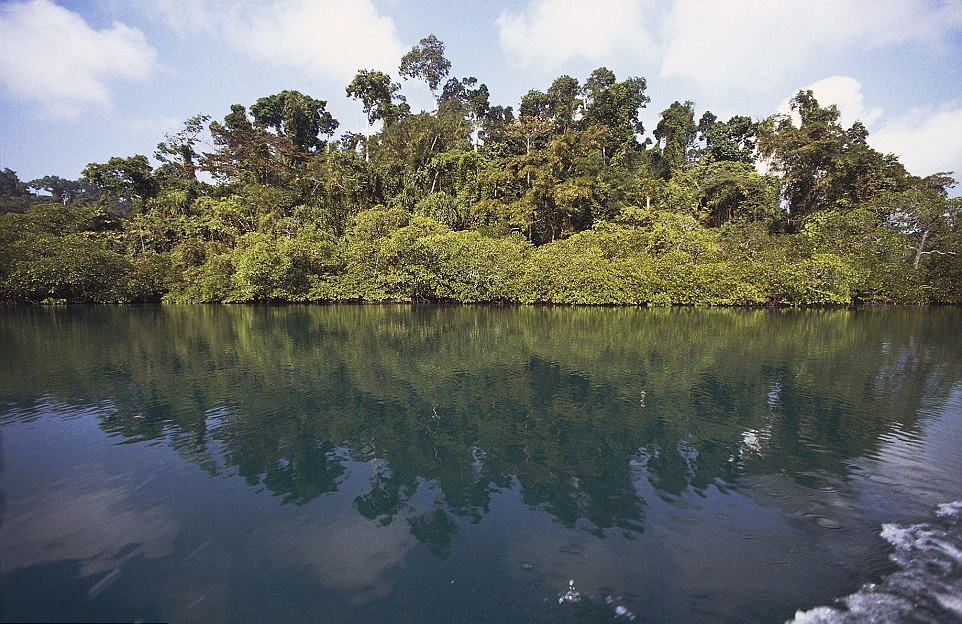 It is one of the most isolated places in the world. For more than 60,000 years, tribes have occupied this island. They even do not let anthropologists and governments enter the region for studying and interacting with their culture in the modern world. All those who reach there unknowingly return on dead bed.

Tribesmen of the island are so protective about their territory that any attempt to enter the region is greeted by arrows. Travelling to this island is therefore dangerous. 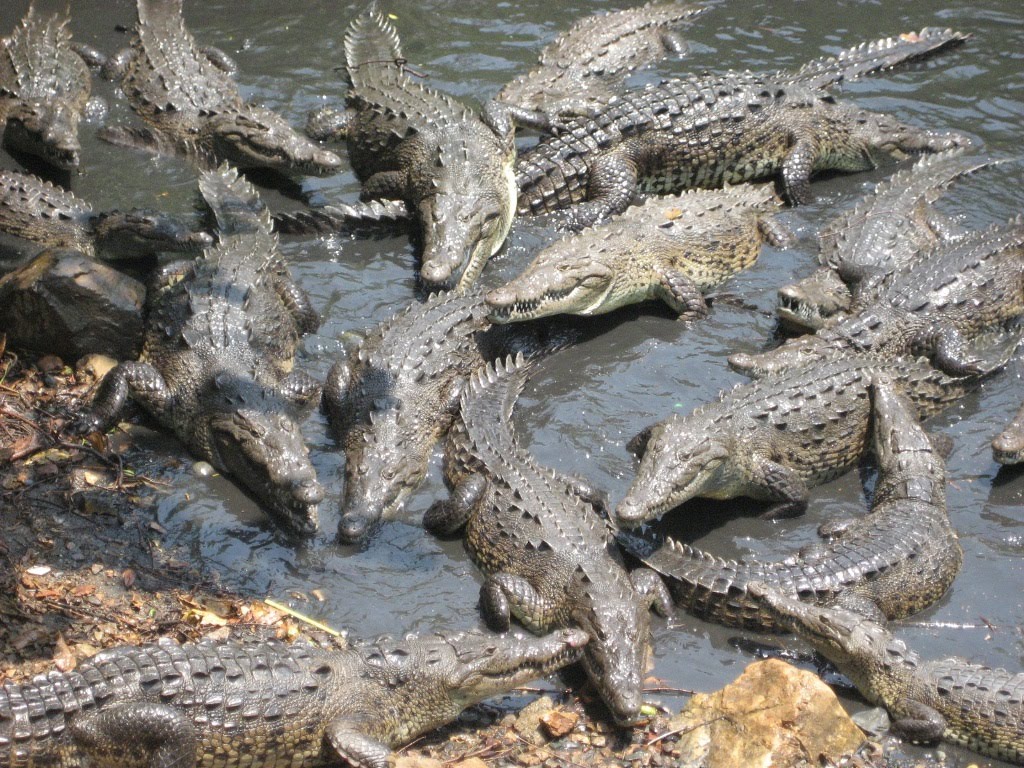 The tale of this island is hard to believe because of an unexpected occurrence. About 1000 Japanese troops were fighting with the British ones in the Bay of Bengal. Somehow they managed to find an escape to Ramree island. Not knowing about the imminent danger, they entered the swampland.

According to a rumor, only 20 out of a total of 1000 soldiers survived and rest of them were eaten up by hungry crocodiles. These crocodiles were up to 20 feet in height and weigh up to one ton. This day was recorded in the Guinness Book as “the greatest disaster suffered by animals”. It is, thus, abandoned to visit this island. 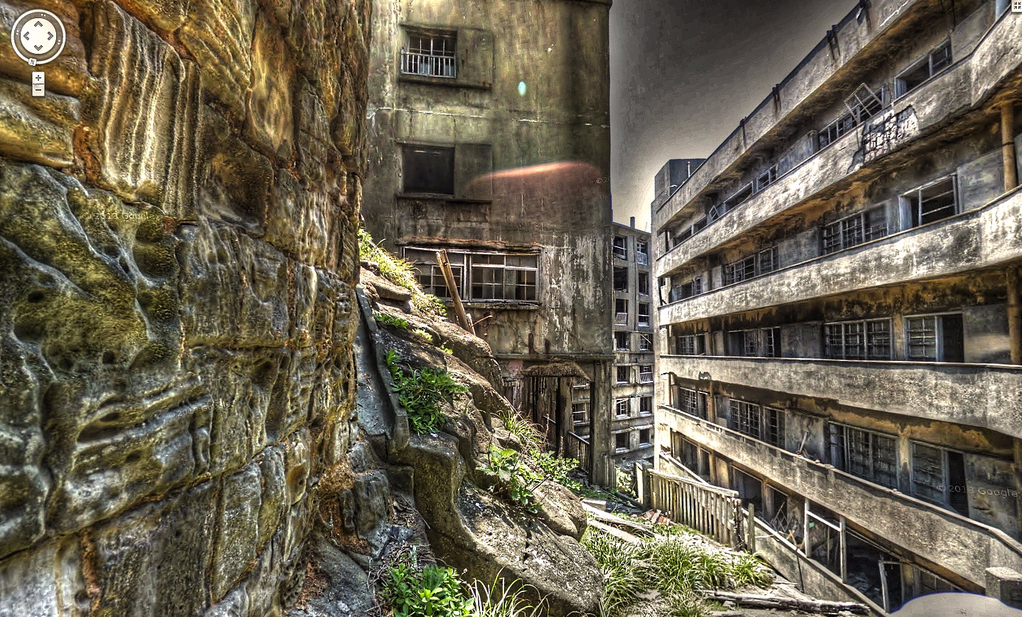 Hashima was developed by Japanese when they found coal underneath the island and the surrounding seafloor.  This island was inhibited by 334 people per acre but is now abandoned in the water of East China.

Coal was replaced by the petroleum. Therefore, most of the people evacuated the place. Since then, the marine life and environment changes had a deteriorating effect on the buildings present on the island. 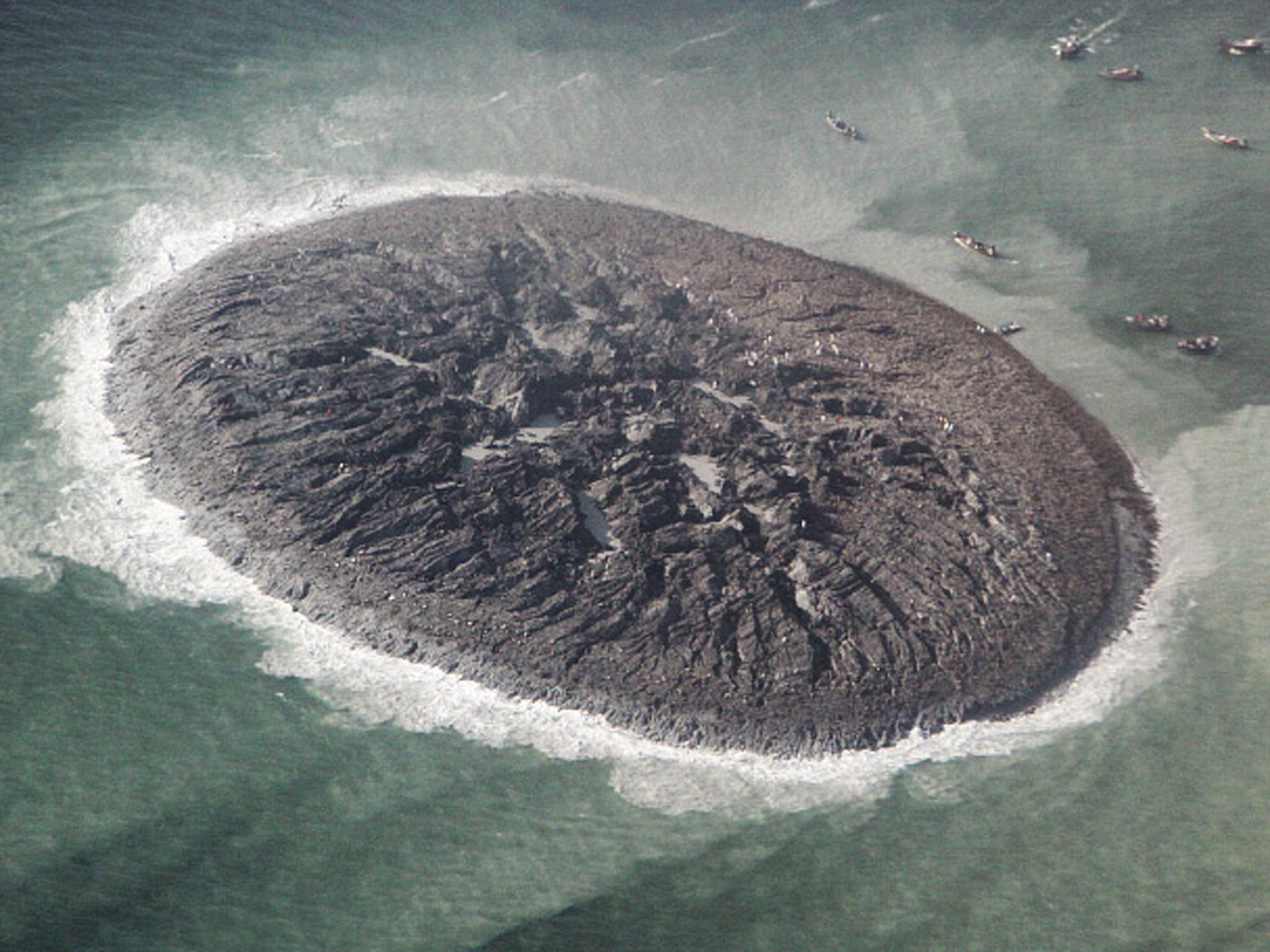 In 2013, Earthquake collapsed the house of hundreds of people in Pakistan. It took lives of 39 people. As a result of an earthquake with a magnitude of 7.7, a new island got created on its own and was named ‘Earthquake Island’. This island was measured as 100 meters in length and 9 meters in height. It was spotted near the port of Gwadar.