First Official Trailer of GOT Season 8 Has Fans Super Excited

After such long wait, finally, HBO has revealed the definite date that when we can expect the new and final Game of Thrones season with the mysterious teaser-trailer. Have a look! 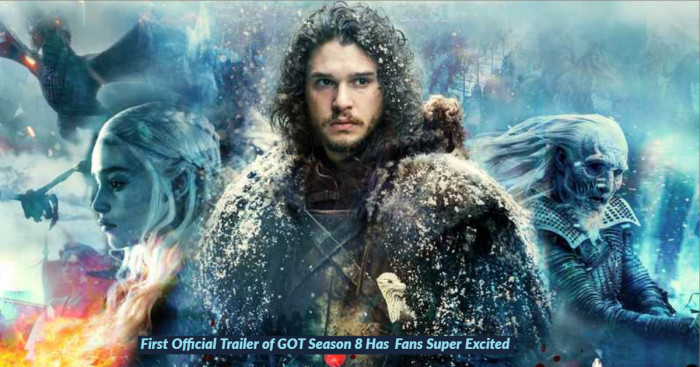 Ever since the announcement of Season 8 has been made with the official trailer, everyone is talking about “Games of Thrones.” It is an American fantasy drama produced by David Benioff and D. B. Weiss. This popular television series “Games of Thrones” is an adaptation of George R. R. Martin's fantasy novels, A Song of Ice and Fire(A Book Series). And the first of that five book series is “A Game of Thrones.” Well, must say, it is one of the most famous TV series we won't forget even after decades.

This drama is shot in Belfast (Capital of Northern Ireland) and elsewhere in Northern Ireland, Canada, Iceland, Croatia, Morocco, Scotland, Malta, Spain, and the United States. The fantasy drama was premiered on April 17, 2011, and its last season means the seventh one ended on August 27, 2017. Well, now it’s time for its final season.

The Announcement for 8th & Final Season It’s the final countdown for GOT lovers! Oh yes, finally after waiting for a sodding eternity, HBO has revealed the definite date that when we can expect the new and final Game of Thrones season.

The equally long-awaited premiere date for the last season of one biggest show is here. That's right folks, it’s April 14, 2019, when we will be able to feast our eyes on delicious Westeros action. Since it will be broadcasted with the US time zone, it will air on 15th for the UK as well as India. Accordingly, one will be able to watch the season 8 premiere either on Star World, Sky Atlantic, NOW TV and Hotstar.

And the best part about the date is it came with the teaser trailer. Exactly, now we have a glimpse of the upcoming season with the first official trailer. Well, we don't have the much of the season spoilers, but it surely gave us goosebumps and also left us super excited.

What’s in the Trailer? The 1 minute 29 seconds long video shows the underground crypt of Winterfell where ancestors have been buried. The Stark siblings, Jon Snow, Arya, and Sansa, are walking through it. After walking past the statues of their fallen family members, they found three statues there which look extremely identical to them before the room has the life sucked out of it. Well, this only means one thing that all 3 White Walkers are heading south.

As we have seen Sansa, Arya and Jon Snow in the short teaser, but there is no sign of Bran in his new role as the Three-Eyed Raven. And, the teaser ends with a chilling shot of the Stark siblings. 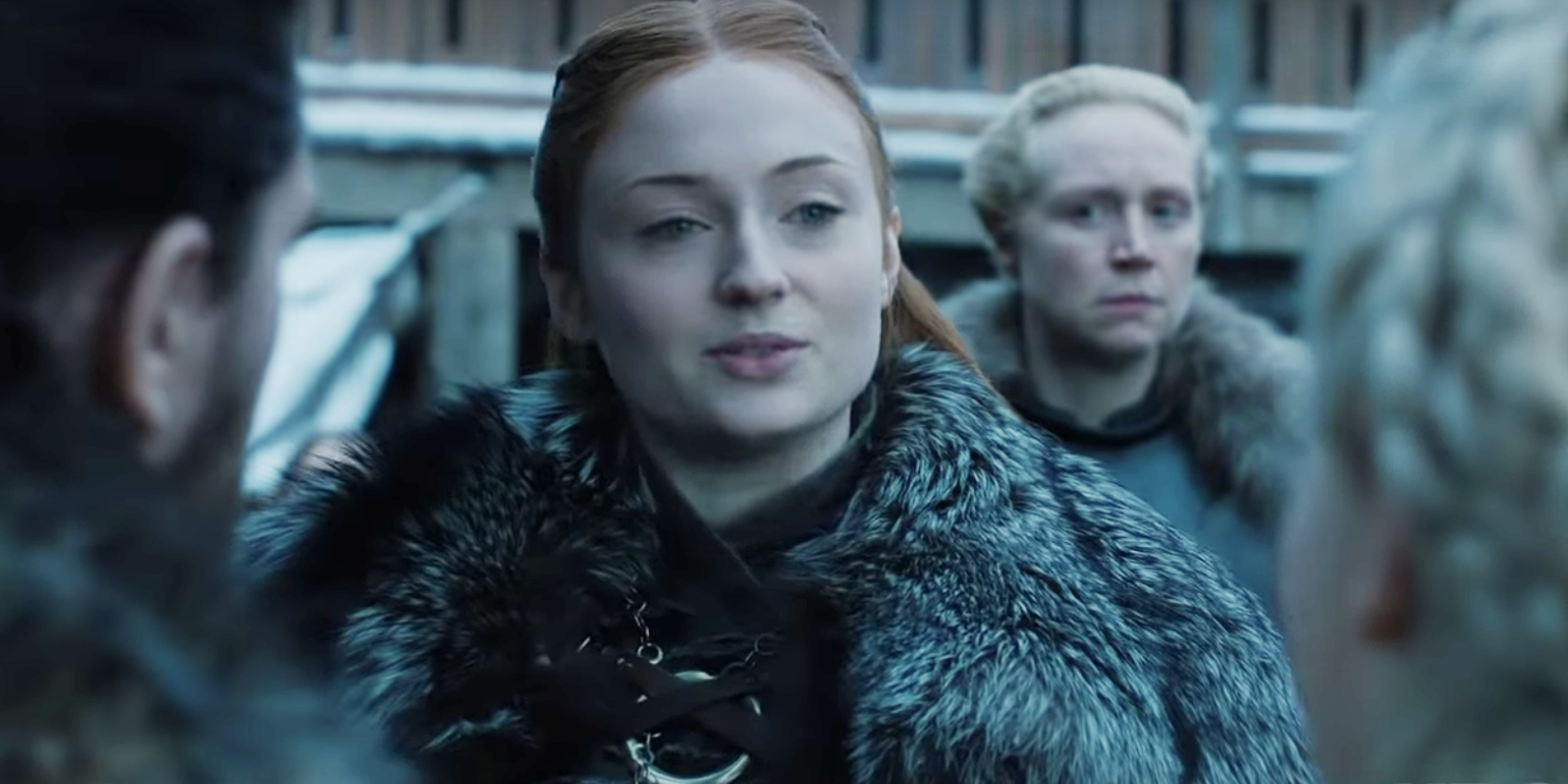 The trailer doesn't show much of it, one thing fans know about the eighth and final season is that it's only going to be six episodes long. Undoubtedly, it is very less, or we can say shorter than previous seasons. And also it is rumored that the new episodes are to be about 90 minutes long each: the length of feature films.

Although before you get upset on six episode thing of the HBO CEO Richard Plepler, he has already told audiences that each episode will give the feel like 'watching a movie.'

Unquestionably, he is the man at the top and surely had a look at the new series before us (Sad but the truth). Well, he said in an interview with Variety:

"It's a spectacle. The guys have done six movies. The reaction I had while watching them was, 'I'm watching a movie."

Of showrunners, D.B. Weiss and David Benioff and, Plepler stated:

“They knew the bar was high. They’ve exceeded the bar. I’ve watched them twice without any CGI and I’m in awe. Everybody’s in for an extraordinary treat of storytelling and of magical, magical production.”

It Will Feature Biggest Battle in TV History

Well, if even this news doesn't get your mouths drooling, then look at this mouthful of information. The third episode of the season will have arguably the largest battle in entire TV history.

Well, our patience will be very much rewarded as Vladimir Furdik who plays the Night King has unveiled a scene that there will be an epic battle sequence to open the new season.

"In the third part of the last season, there is a battle that the creators intend to be the biggest in television history.
Almost the full episode will be about the battle, it will take about an hour."

Although unsurprisingly Furdik hasn't said anything about who's finally going to win the Iron Throne, still he said:

"It would be an amazing surprise, but I can tell you that there will be no shortage in Season 8.
There will be a lot of dragons, the Night King will return, and the biggest battle of the season will be completed."

Earlier, HBO President Casey Bloys explained that this is one of the reasons why they've had a bit of a long wait on their hands - for all the right reasons. Primarily, it's taken some time for showrunners David Benioff and Dan Weiss to be satisfied with the product.

He stated to Entertainment Weekly:

"Here's what I'll tell you: they take the time they need to do the show at its highest level of quality. As the show has gone on, it's gotten bigger - big battle scenes, big special effects.
These things take time. Here's the one thing I can assure you: Dan and Dave were not sitting around on a beach waiting to go back to work. They're perfectionists and this is the soonest it can come back at a level of quality that they are comfortable with.”

Besides all we also got a small part of the power dynamics going on in Season 8. When HBO released the teaser, it showed that there must've been some deal negotiated here because in the trailer Sansa is seen saying to Daenerys-

"Winterfell is yours, your Grace."

Hence, the new trailer for the final season has already garnered 13,280,178 views as well as shared 6.7K times. It clearly shows that even after eight years of the premiere of the first season, the GOT (Game Of Thrones) fans are still as committed as ever.