10 Most Romantic Scenes In Cinema Ranked By Stillunfold 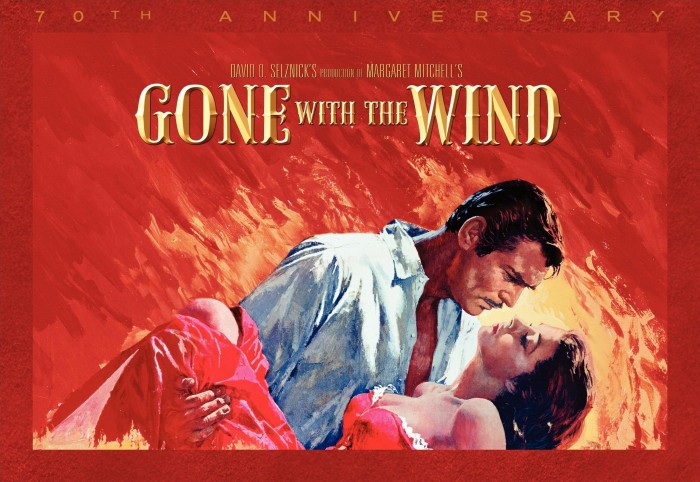 The most iconic scenes are the ones that makes you feel the emotion, playing right in front of you. And these romantic movie scenes did just more than that. It left the hearts of love birds craving for more.

The only one who can help her is the person who is no longer there. Nobody knows Holly better than Gerry. So it's a good thing he planned ahead. Before he died, Gerry wrote Holly a series of letters that will guide her, not only through her grief, but in rediscovering herself.

The first message arrives on Holly's 30th birthday in the form of a cake, and to her utter shock, a tape recording from Gerry, who proceeds to tell her to get out and "celebrate herself". In the weeks and months that follow, more letters from Gerry are delivered in surprising ways, each sending her on a new adventure and each signing off in the same way; P.S. I Love You.

Lizzie who is played by Keira Knightley meets Darcy; played by Matthew Macfadyen,going for a walk. When Lady DeBourg had reported to him Lizzie's refusal to deny the rumor, he realized that there was hope that Lizzie might marry him. He says that he hopes that her view of him has changed from their earlier encounters.

He apologizes for his past behavior, saying "You are too generous to trifle with me", and proposes to her. Just at the instant the Sun is rising between them.

The film goes back to the elderly couple, and Duke asks Allie who she chose. She soon realizes the answer herself; young Allie appears at Noah's doorstep, having left Lon at the hotel and chosen Noah. They embrace in reunion.

Christmas of 1863 arrives and Ashley returns home from the war front on furlough. Still in love with him, Scarlett once again attempts to woo him but with no success. Just before Ashley's departure day, Scarlett manages to see him alone and gives him a present, tearfully confessing that she only married Charles to hurt him.

Ashley makes Scarlett promise to take care of Melanie before they share one passionate kiss. Ashley leaves once more to rejoin the war effort.

The ship breaks in half, lifting the stern into the air. Jack and Rose ride it into the ocean and he helps her onto a wooden panel only buoyant enough for one person. Holding the edge, he assures her that she will die an old woman, warm in her bed. He dies of hypothermia but she is saved.

You’d better believe that a smooth-talking agent like Jerry Maguire would have a speech prepared for his big make-up scene with his soon-to-be-estranged wife Dorothy (Renée Zellweger). And Crowe sets it up in style — the bursting in of the door, the moist eyes of the protagonists, the skeptical looks of Dorothy’s sister’s support group for divorced women. And while Maguire manages to get some good shots in (“You complete me” places strongly in the best-lines-of-the-film category), Crowe wisely cuts him off mid-monologue. “Shut up,” Dorothy says.

“Just shut up. You had me at hello.” As one of the divorcées notes, “This is the best talking group I’ve ever been to.”

Carl becomes a ghost himself much to his astonishment and to Sam's grief. Sam then watches in silence as the shadowy demons arrive and drag a screaming Carl away into the darkness. As Sam goes to Oda Mae and Molly and asks if they are all right, Molly suddenly realizes that she can hear him.

A heavenly light fills the room and Sam becomes fully visible to both Molly and Oda Mae. Sam looks behind him and sees hundreds of people, presumably angels, in a portal to Heaven. His task is completed and he can move on. Sam says an emotional farewell to Molly, thanks Oda Mae for her help, and departs to the afterlife.

The scene where solo is being freezed, Leia confesses her love for him and the way Han Solo replies in his signature style make it the most iconic romantic in cinema’s history because people were shipping Han and Leia since the beginning.

Vader orders a carbon-freezing chamber prepared to freeze Luke, which will hold him in suspended animation for transport to the Emperor. The process is tested on Han Solo. As Han is lowered into the machine, Leia declares her love for him. He is frozen in carbonite and alive in hibernation and handed over to Fett, who intends to return his quarry to Jabba the Hutt for a large reward.

Hazel’s father asks her if she read the letter from Van Houten, which happened to be written by Gus.

The letter is a eulogy for Hazel written by Gus. We hear Gus's voice reading it, saying that he saw Hazel in the ICU while she slept, and how he thought about them together. He expresses his admiration for her beauty and personality, and adds that people can choose who hurts them. Gus liked his choice, and he hoped Hazel liked hers. He closes it with "Okay, Hazel Grace?"

Hazel still looking up at the stars, replying, "Okay."

The final Prosposal scene turns up into an honestly romantic and epic finale when harry meets sally at the New Year’s Eve party.

The Perks Of Being A Wallflower

Perks Of Being A Wallflower nails every aspect of becoming an adult and in this beautiful scene where Charlie is helping Sam to pack for her college. She confesses to Charlie about her and her loved ones wrong love related decisions and to which Charlie Replies “We choose the love we think we deserve”

Even though there is no direct confession of their love for each other but their love doesn’t rely on words.

Graduation nears and Sam is accepted to Penn State. After her going away party, Charlie helps her pack. Sam then asks Charlie why he never asked her out. After several heartfelt confessions, they begin to kiss, but Charlie pulls away when Sam touches his inner thigh. She asks him what's wrong, but he tells her that nothing's wrong and continues to kiss her.

Emotional Scenes That Will Start A Sobfest For Sure