Swordquest was an innovative, and ultimately aborted, series of fantasy adventure games that ran one of the mo...

Swordquest was an innovative, and ultimately aborted, series of fantasy adventure games that ran one of the most audacious contests in the history of gaming, asking brave players to follow a trail of esoteric clues from video game to comic book to a live tournament, all for the chance to win IRL quest prizes, like a large gem in a golden box or a jewel-studded crown of gold, each worth tens of thousands of dollars. (6.1)

Atari commissioned five such prizes worth a total of $150,000, all to promote their new fantasy adventure game series, Swordquest. The Swordquest contest, one of the most audacious in video game history, offered players the chance to go on a digital quest for real treasure. They would follow a trail of esoteric clues from video game to comic book to live tournament, all for the chance to win real prizes valued at tens of thousands of dollars.

The plan was to release a quartet of Swordquest games, each based around one of the four elements—Earthworld, Fireworld, Waterworld, and Airworld. Each game would come with a tie-in comic book that gave a more detailed telling of the game’s story than the pixelated graphics the Atari 2600 could achieve. These comic books would also hide clues that, if correctly deciphered, could earn a player entry into a final tournament. 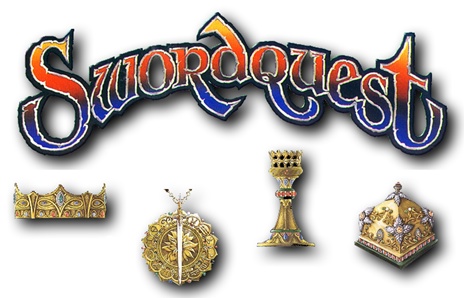 The winner of each game’s tournament would receive a special treasure ripped straight from the pages of the comic, and brought to life by the Franklin Mint, (6.2) with real gemstones and gold. The winner of the Earthworld tournament would win the “Talisman of Penultimate Truth;” the Fireworld contest would award the “Chalice of Light;” the Waterworld winner would earn the “Crown of Life;” and the champion of Airworld would be awarded the “Philosopher’s Stone.”

In addition to these prizes, the four winners would then compete for a final, ultimate prize: “The Sword of Ultimate Sorcery!” Each of the first four treasures was valued at around $25,000, while the sword was valued at $50,000. (6.3)

The First Winner Who Got "The Talisman Of Penultimate Truth" 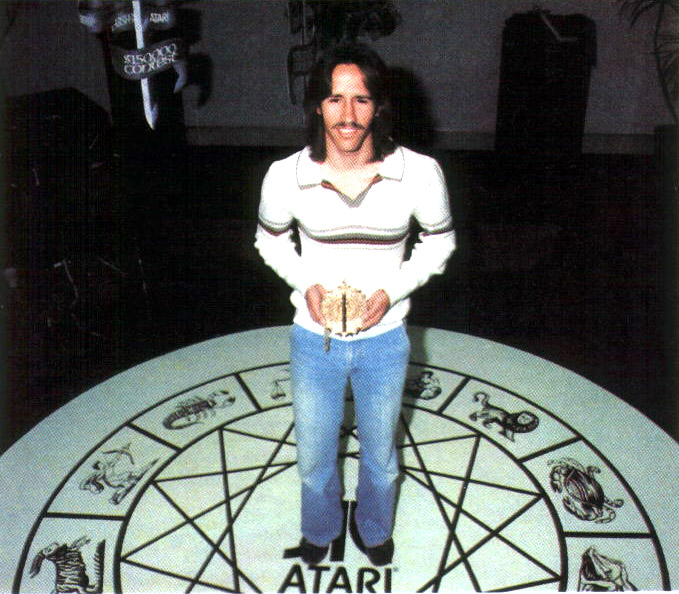 Winner of the EarthWorld; Stephen Bell, an unemployed 20-year-old from Detroit, took home the victory after he completed the game in just 46 minutes. Bell was given the Talisman of Penultimate Truth, a solid gold pendant inlaid with diamonds and other precious stones. It was also hung with a small, white gold sword.

The Second Winner Who Got “The Chalice Of Light” 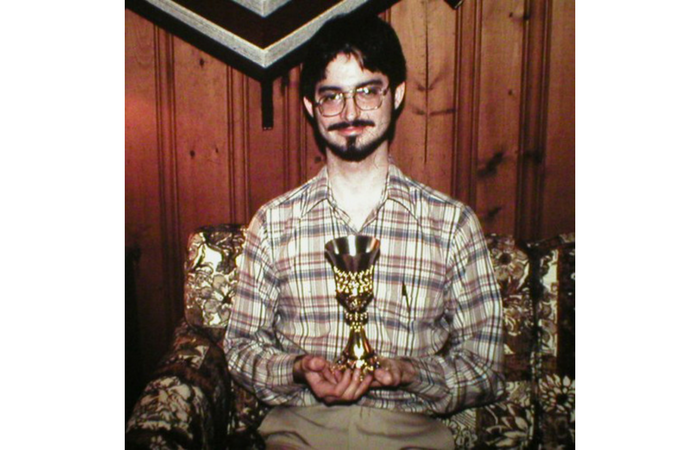 This time for the Fireworld, contest was won by Michael Rideout from Aiken, South Carolina, who beat the game in 50 minutes using the knowledge of the Tree of Life he had garnered while dabbling in tarot. Rideout won the Chalice of Light, a fantasy-styled pimp cup made of gold and platinum, studded with diamonds, rubies, sapphires, and pearls. 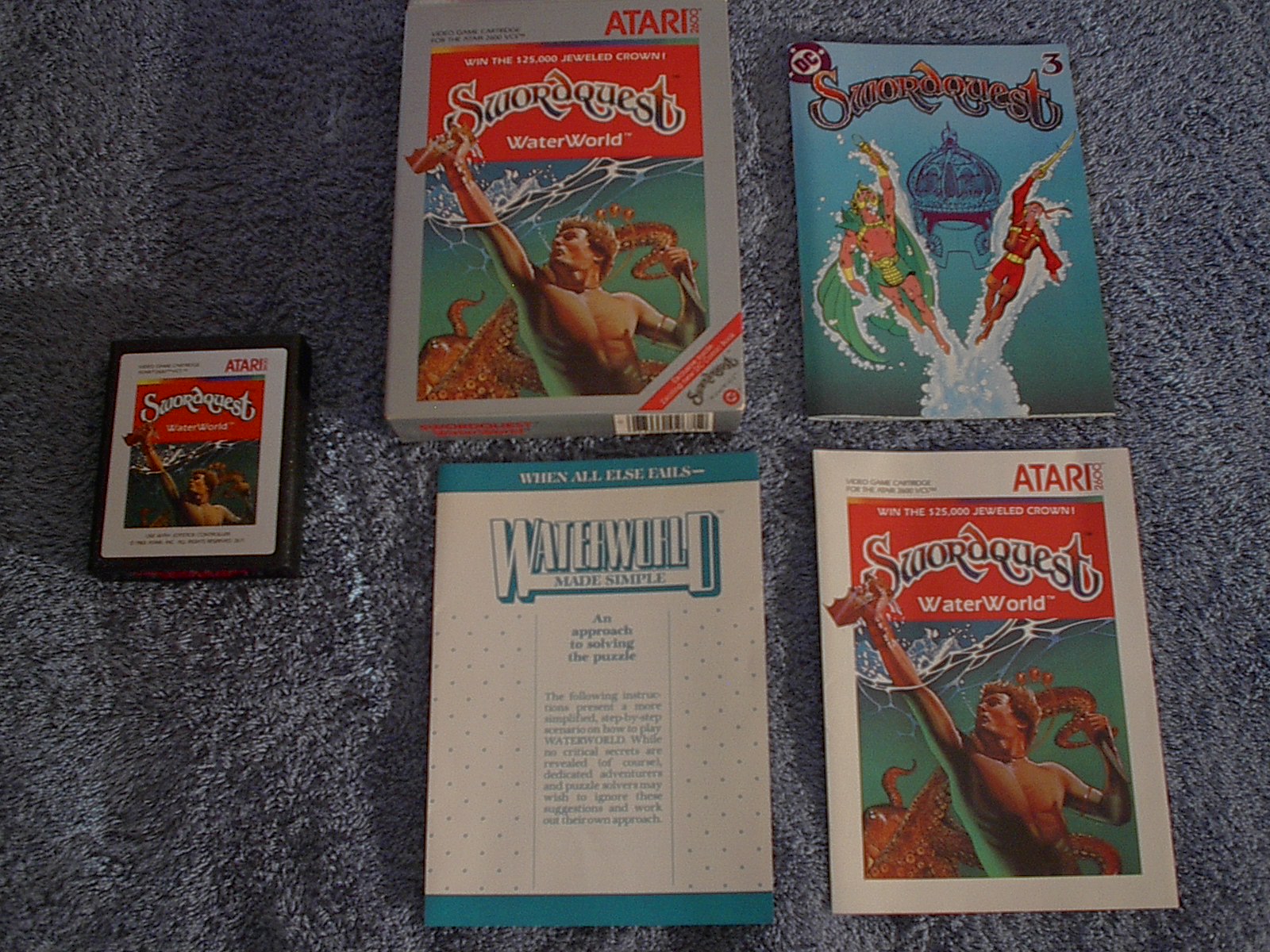 Waterworld, the third, and unexpectedly final installment of the Swordquest games. Unlike the previous games, Waterworld was given a limited release in February of 1984, being made available only to official Atari Club members who mailed away for the game. The layout of this installment was based on the seven spiritual chakras popular in New Age belief, making for a smaller map than ever before, with just eight rooms to explore. Once again, the clues pointed towards the comic book adventures of Tarra and Torr, this time looking for the words, “HASTEN TOWARD REVEALED CROWN.”

Rideout and Bell were given $15,000 and an Atari 7800 as compensation for being unable to compete for the Sword of Ultimate Sorcery.

The Final Installment That Remained A Fiction 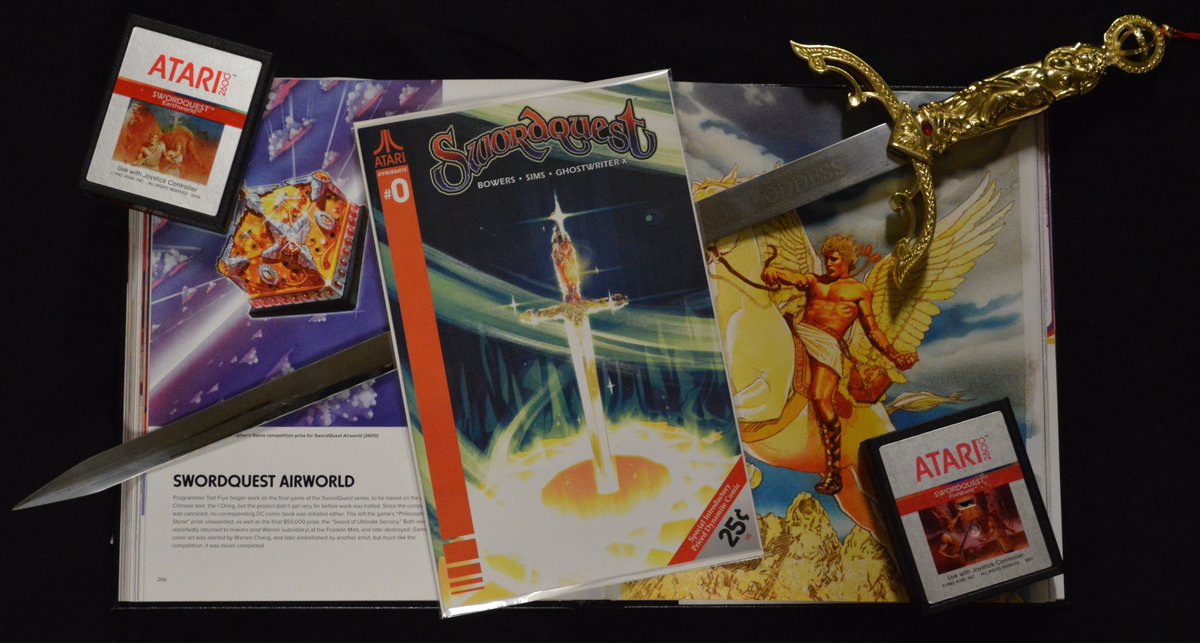 Since Airworld was never completed or sold, that game’s contest did not take place. The Philosopher’s Stone and the Sword of Ultimate Sorcery were also thought to be lost, though Atari historian Curt Vendel said they were destroyed. [6.4]

Why Swordquest The Epic Got Cancelled? 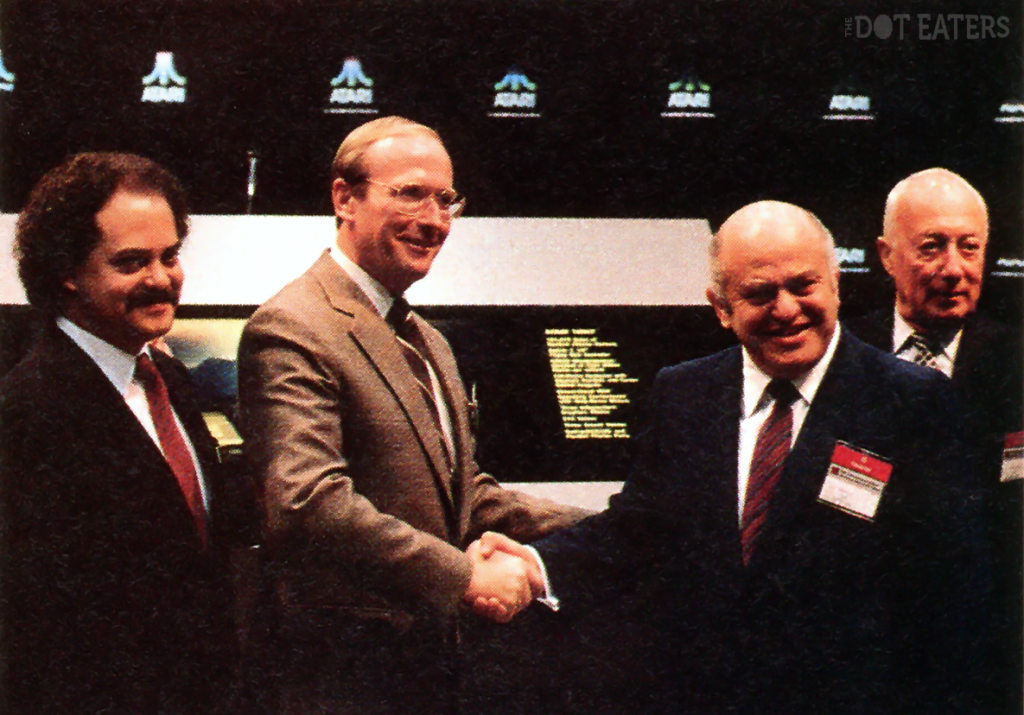 The contest began in spectacular fashion, but in the middle of it all, before all the prizes had been awarded, the whole thing was abruptly canceled.

The contest’s cancellation was a result of Atari being purchased by controversial gaming CEO Jack Tramiel, and his new company Tramel Technology.[6.5]