US-based reality TV show 'World Of Dance 2019' announced their winner on Sunday. And it is none other than Mumbai based hip hop dance group 'The Kings.’ Watch their Finale’s goosebumps-inducing performance here! 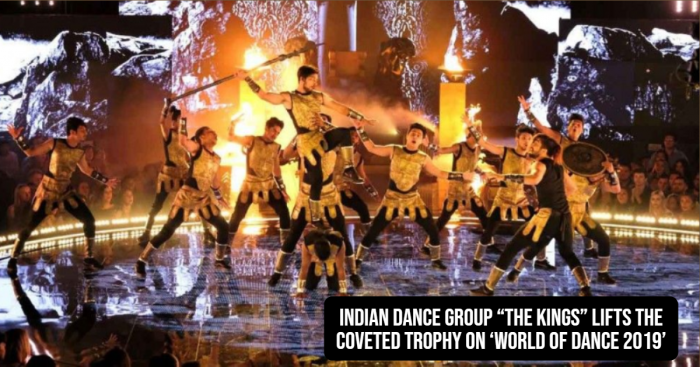 As Martha Graham, an American modern dancer and choreographer, says,

“Great dancers are great because of their Passion.”

And, an Indian ‘Mumbai-based’ hip hop dance group proved it. Yes, ‘The Kings’ has been honored as the winner of the third season of “World of Dance” - a US-based reality TV show. They not only won the trophy but took home the prize money of one million dollars.

Well, that's not it, the 14-member crew garnered the blockbuster scores throughout the three-month run of the show. Plus, scored a perfect 100 to win the competition.

Who are ‘The Kings’? 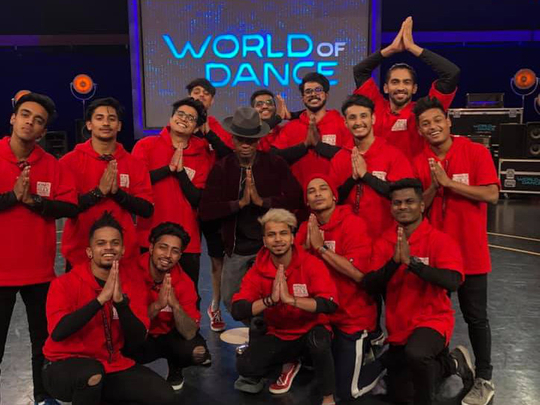 If we talk about the fame of ‘The Kings’ in India, they are no stranger. Back in the year 2009 the dance group was formed, and dancer Suresh Mukund was the founder of it.

The Bolly-hop group had started their journey by participating in regular competitions. After competing there,  the group also participated in India’s Got Talent an Indian television series. Apart from that,  they also won a bronze medal in 2015’s world hip-hop dance.

After winning,  the group posted on their official Twitter handle,

“#TheKings are the World Champions!
Finally, we won the season 3 of @NBCWorldofDance

Also, the founder of the group, Suresh Mukund, took to his Instagram handle and posted,

Finally, we can say India ???????? is on Top in Dancing and history has been created which will be remembered and cherished forever! ?????? Tonight, is the night which each and every Indian is going to remember for life and feel proud seeing the Indian Flag flying high with the perfect score for our stellar performance. 100 100 100! It was the best experience of our life so far. The journey of local dancers from the small gully of vasai Nallasopara to the WORLD CHAMPIONS was really challenging filled with never ending hard work and dedication. I am really happy for all my team members as everyone dreamt of having their own houses since long time and finally after winning 1 Million Dollar, they will be able to convert those dreams in reality now. We have struggled a lot and it took more then 10 years of hardwrk and teamwork for us to become the top Dancers in the entire world. I am thankful to my team for having faith in me and being with me for the past so many years because this wouldn’t have been possible without them. I feel like I have got the best team so here we are “WORLD CHAMPIONS” ???? . . . #TheKings #KingsUnited #worldofdance #worldofdance3 #worldchampions #nbcworldofdance #Wod #wod3 #Wodwinner @nbcworldofdance @jlo @neyo @derekhough

History of ‘The Kings’ 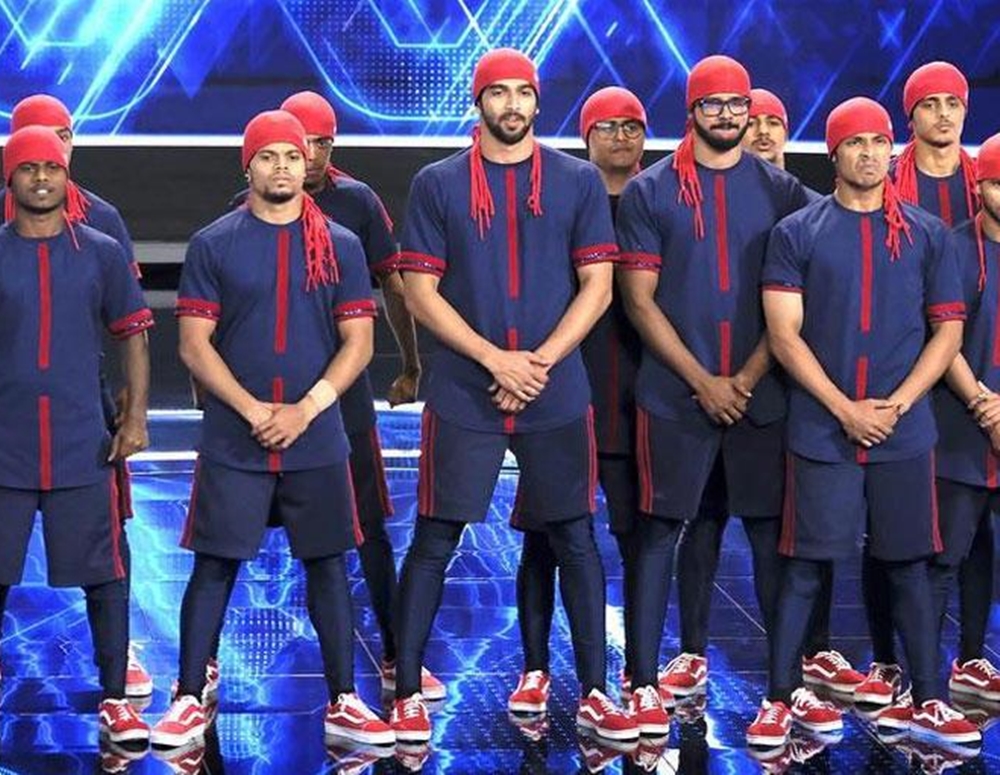 As we mentioned above,  the group was founded by Suresh Mukund in the year 2009 with the collaboration of Vernon Monteiro. They both formed the hip hop dance group 'Fictitious Dance Group' which participated in several dance reality shows like:

Further, the group finished eighth at the World Hip Hop Dance Championship, Las Vegas on which story of Remo D'Souza's ABCD 2 movie was based.

However, Mukund's partner left the crew after the release of the movie, and the group split. Then again Mukund founded 'Kings United India' with his old team members and a few new additions and won bronze at world Hip Hop Dance in 2015. And, now with the name of ‘The Kings,’ they became the winner of “World of Dance.”

The Judges & Their Reaction on The Kings’ Dance Performance The third season of the American Reality Show which was premiered on February 26, 2019, on NBC was judged by three prominent people- dancer Derek Hough, singer-actor Jennifer Lopez, and rapper Ne-Yo.

After watching finale performance of the NBC show by the all-men group ‘The Kings,’ all the judges stood up in awe of them who performed a high-octane sequence that included stunts in slow-mo as well.

Also, the judges compared the winning act to the excitement that one obtains from a great action film or by going on a roller coaster.

“You manifest what you believe in and tonight you were amazing... You surprised me tonight. You came up with a different narrative.”

“World of Dance” took to their official Twitter handle and posted the name of the winner with the caption,

“The Kings are officially #WorldofDance royalty.

The Kings are officially #WorldofDance royalty. ?????

“Give it up for #WorldofDance royalty, @kingsunitedcrew!

Also, they posted all of their dance performances in one clip as a tribute.

“Relive all the @kingsunitedcrew's routines that stole our hearts and dropped our jaws.

Relive all the @kingsunitedcrew's routines that stole our hearts and dropped our jaws. ????#WorldofDance pic.twitter.com/gh5koXfEz9

Moreover, Suresh posted a clip on his Instagram handle with the caption-

In an interview with ‘The Hindu,’ the team said to the judges that they were blessed to perform in front of the most prominent faces of the world. Also, they said that each judge motivated them more and more after our every performance with their appreciation towards us.

Also, they pointed out that their team was the only team to receive a standing ovation from the judges in all rounds. Further, they said that the judges inspired them plus taught them to treat the competition as a marathon.

Team’s Most Rewarding Part of the Entire Show

Later in the interview, the team said that the respect and love they received not only from judges but every single person was the most rewarding part of their journey.  Also, they stated that they never expected that people there would accept their style of dancing and surprisingly, they loved what the team did.

The other teams who participated & got defeated by ‘The Kings’ were Sisters Ellie and Ava, Canadian contemporary dancer Briar Nolet, Unity LA from Southern California, VPeepz, and a hip-hop group from the Philippines.

At first, look at the dance performance of the crew in the episode aired on April 28 where they have performed on Bollywood number Yeh Raat. They got the standing ovation for this performance.

Further, look at the video where ‘The Kings’ ruled the stage with their sparkling performance on Malhari.

Then later in the Qualifiers round, judges were blown away by The Kings' performance. Have-a-look!

One more Bollywood song chosen by The Kings made the audiences go crazy. It was one mind-blowing performance on Tattad Tattad.

And, finally, the finale performance is what made the crew winner. Take-a-look!

A Big Congratulations to ‘The Kings’ on Emerging as the Kings of Dance!