Human stampede occurs when people want to acquire some good seats or want to escape from the area or a Hall. This can be consid... 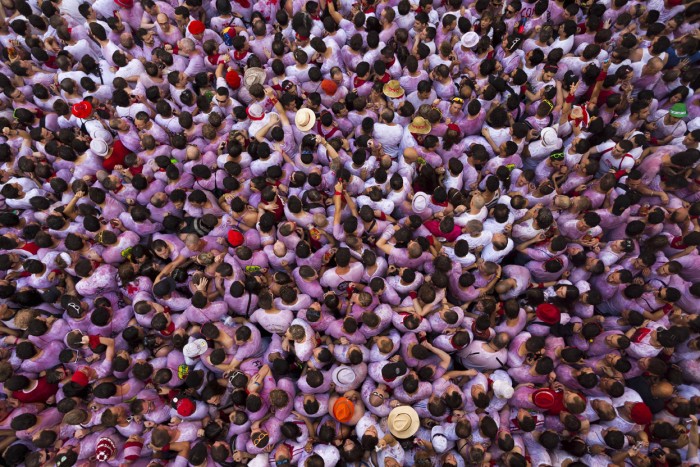 Human stampede occurs when people want to acquire some good seats or want to escape from the area or a Hall. This can be considered as a human disaster, where the people are in such a large number that they cannot even be managed by the force. This results in the death of several innocent people. This can be seen when people rush causing it danger for other companion people.

Human stampede is classified under two category danger of death or sometimes acquisition panics. Both of them results in loss of hundreds and thousands of human resource. Mostly these human massacre is seen at the religious events, music concerts, and political issues, sometimes sports matches are also included in it. The most important factor which works in this event is the size of the crowd. But it depends on the cause of gatherings such as whether it was an organized event or the crowd gathered spontaneously on their own in protest of some social issues.

These events will take your breath away and will indulge you in thoughts of sympathy towards those who lost their lives in such causes. The panic caused by these events are either due to an explosion, fire or other trigger event leads to a death of innocent children as well as people.

The exit gate of such an area is generally seen to be smaller in size with respect to the crowd who want to get out of the place. Sometimes the close exit is another the cause which results in havoc and panic all around.

One of the primary cause of this Stampede is compression asphyxia which results in suffocation and interfering with breathing when surrounded by millions of people. People try to help the one who has fallen down due to rush but they themselves become the victims of Human Stampede.

Some of the incidents were uncontrollable human stampede resulted in the death of hundreds of people are: 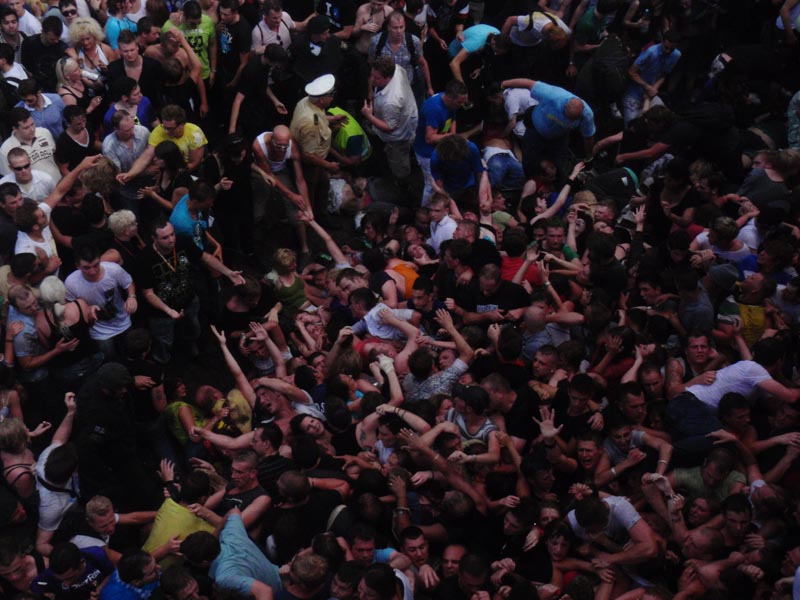 One of the 20th-century human stampedes took place on 24th July 2010. When the people were assembled for dance and music festival in Germany. This is one of the famous festivals originated in Berlin.

This was the first time the event was organized in a closet. The people continued to enter the area despite it was announced over the loudspeaker that the entry is closed and the people who could not enter can go back home. When the ramp became overcrowded the event turned into a human stampede.

The people began falling off the stairs and pulling others with them. This created panic in the tunnel and took away the lives of 21 people.

These are 10 Human Disasters which took place around the world. A tribute to all the people who were dead in these incidents. 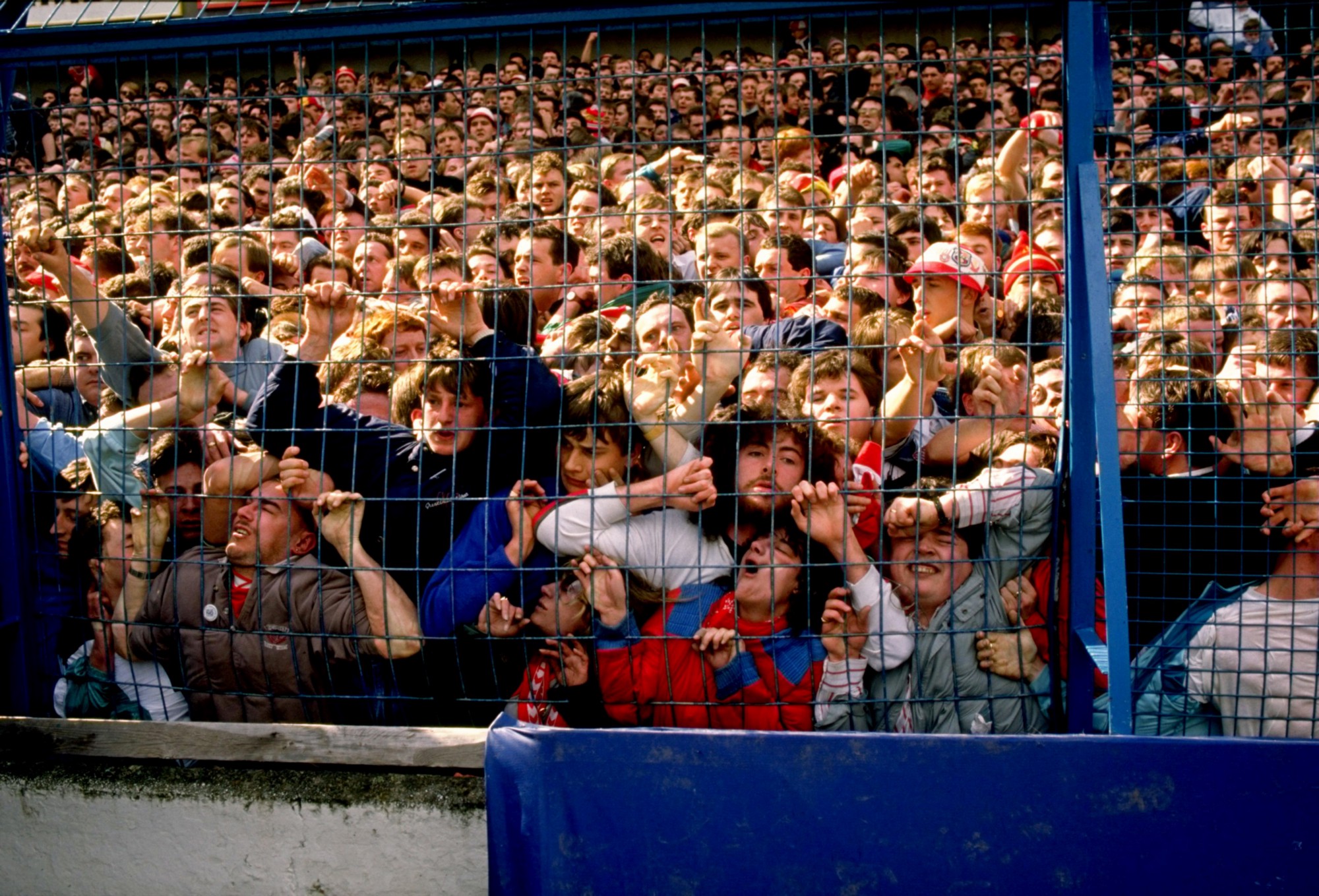 It is Britain's worst sports disaster in the history. The incident took place on 15th April 1989 during the FA cup semi-final match between the Liverpool and Nottingham Forest at the Hillsborough Stadium. In this stampede, around 39 people were injured.

The fan following of both the country were made to sit on opposite sides of the stadium. But the fans were in huge numbers more than the capacity of the stadium. Due to this people began to enter the stadium to watch the match, making the front benchers suffocated and this resulted in the death of a lot of people. 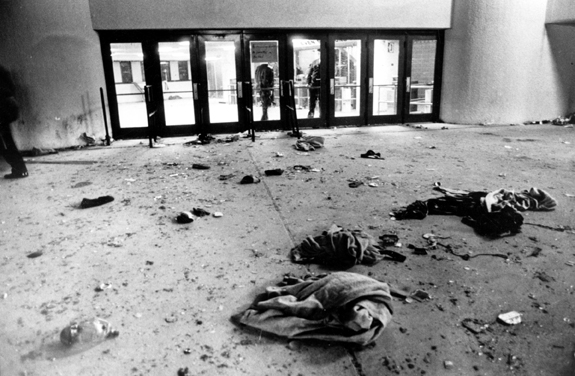 The Who concert was organized for the people of Philadelphia. When the gates of coliseum open large mass of people pushed each other in order to get the best seats available. At the entrance, about 25 people were pushed on the floor and this lead to the death of fans and many were injured. The music concert marked 11 fans crushing to death. 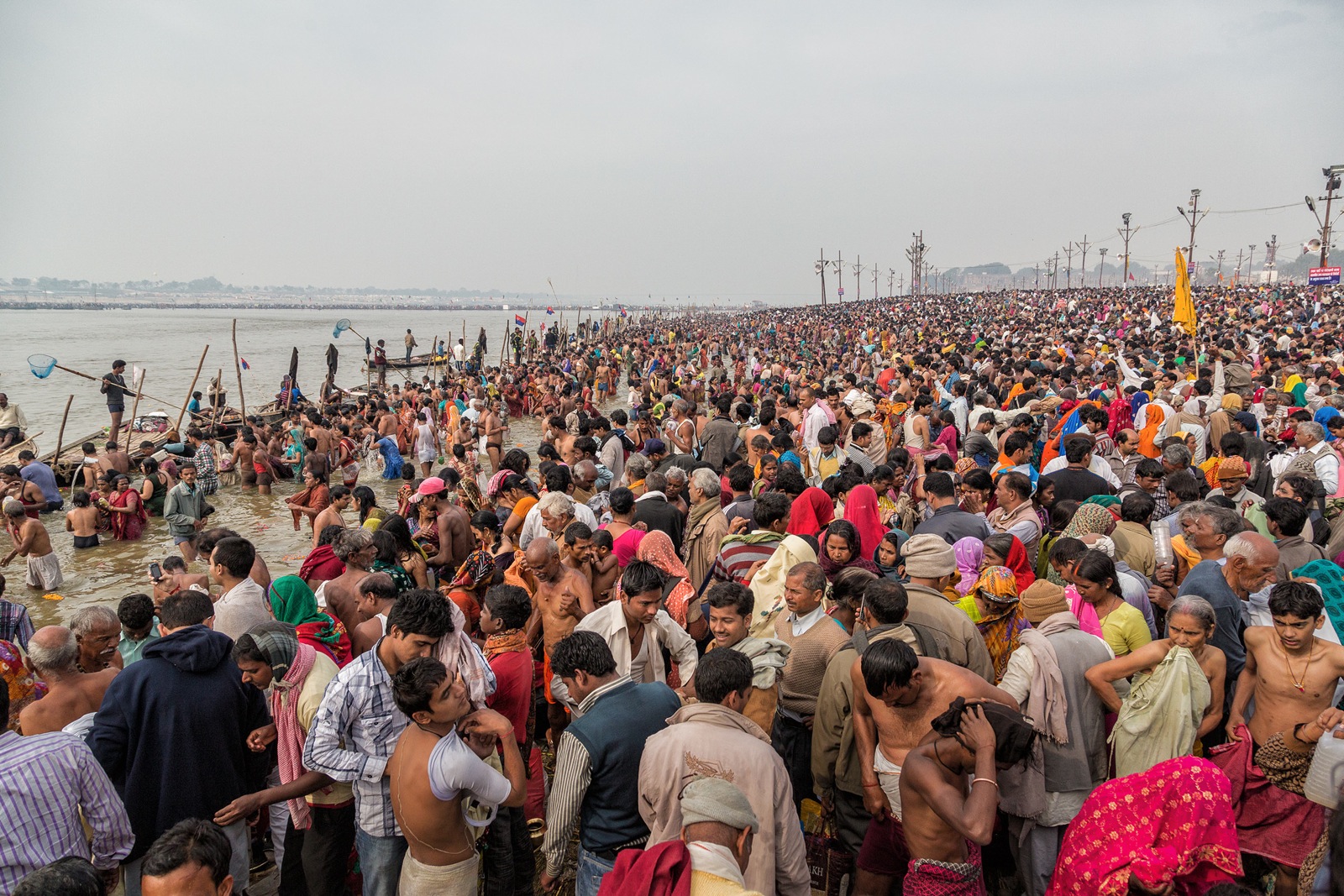 It is one of the Hindus pilgrimages where people gather in large masses to bathe in the holy river. These rituals are performed at four places after every 12 years in four different places which include, Allahabad, Ujjain, Nasik, and Haridwar. The people bathe in the sacred rivers to lessen sins committed by them. Therefore all the Hindu community gather at the banks of the holy river. The human Stampede was recorded in 1954 at Allahabad. Around 4 to 5 million people took part in the event. It was recorded that around 800 people were dead and 200 were found missing in the Mela which results in it in human Stampede. 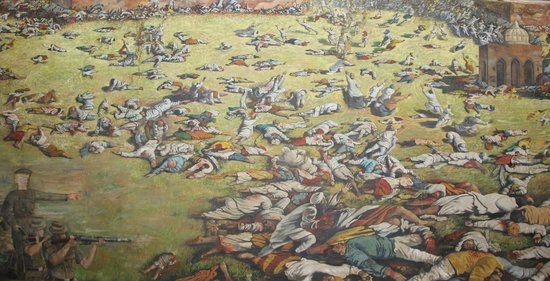 The Jallianwala Bagh Massacre took place on 13th April 1919 at Amritsar. The nonviolent crowd was gathered along with Baishakhi pilgrims when the British fired troops on them. The garden has five small exit gates but the British people locked the exit gate killing thousands of people.

The panic crowd jump with their children into the well. According to Indian National Congress more than Thousands of people were dead that day averting the peaceful meeting and Baisakhi celebration into the death toll.

This massacre was one of the worst human stampedes in the history of India.

The worst tragedy took place at Victoria Hall which promised the children to give the greatest treat ever given. They show owners promised to give free toys to all the children who are going to attend the show. The children began to rush in an attempt to get the toys blocking the exits and pushing and toppling one another. The incident took away the lives of 180 innocent children. 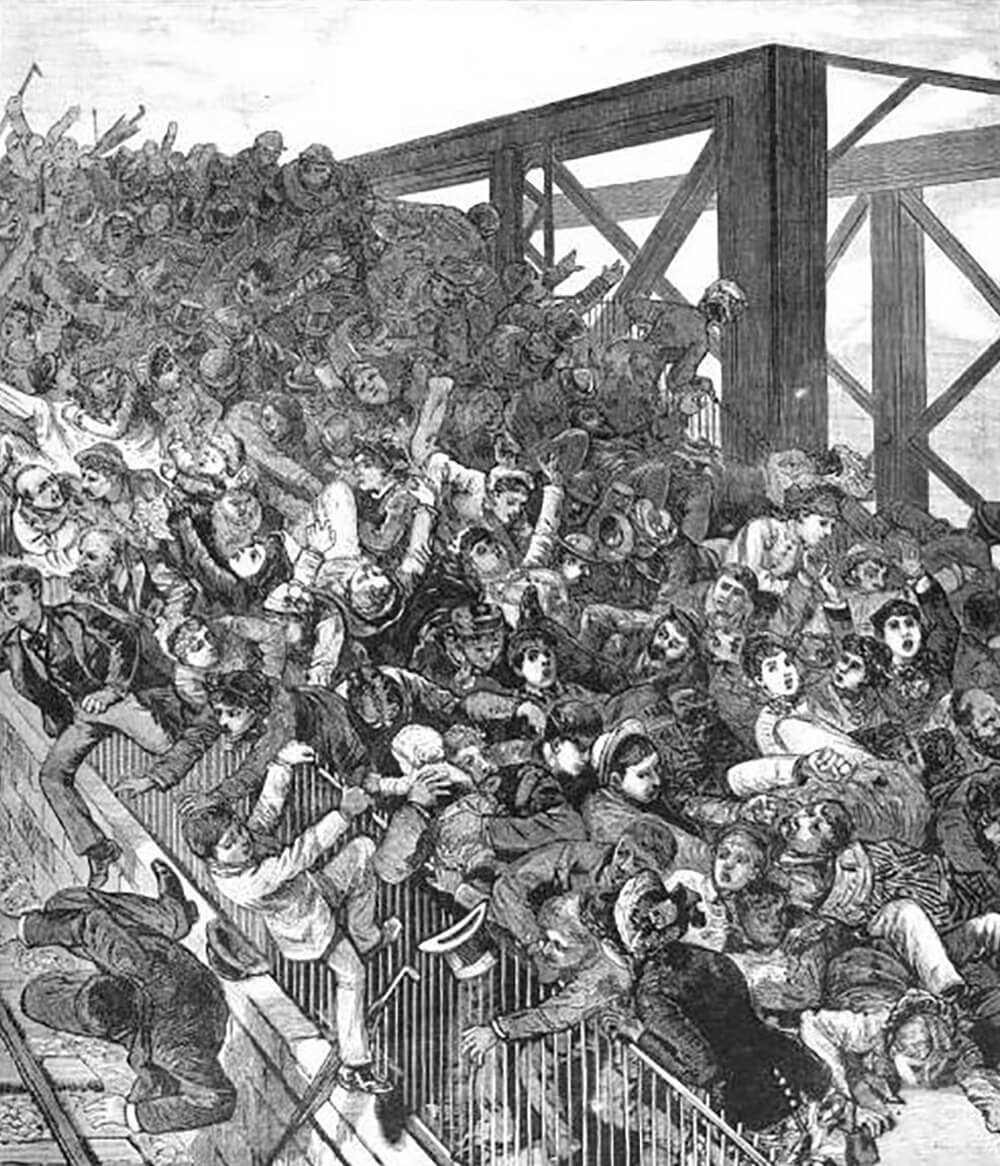 It was one of the longest bridge and a moment of achievement of that time. It was built to join Manhattan to Brooklyn, over the east river.

It took 14 years to build such a huge bridge which was 1600 feet long and 100 feet above the water. After its opening, the bridge remains crowded each day. But on 30th May 1883, the unexpected incident took place when people heard the voice of a man saying the bridge is going to collapse.

People believed and they started rushing towards the ends causing the people trampled to death. 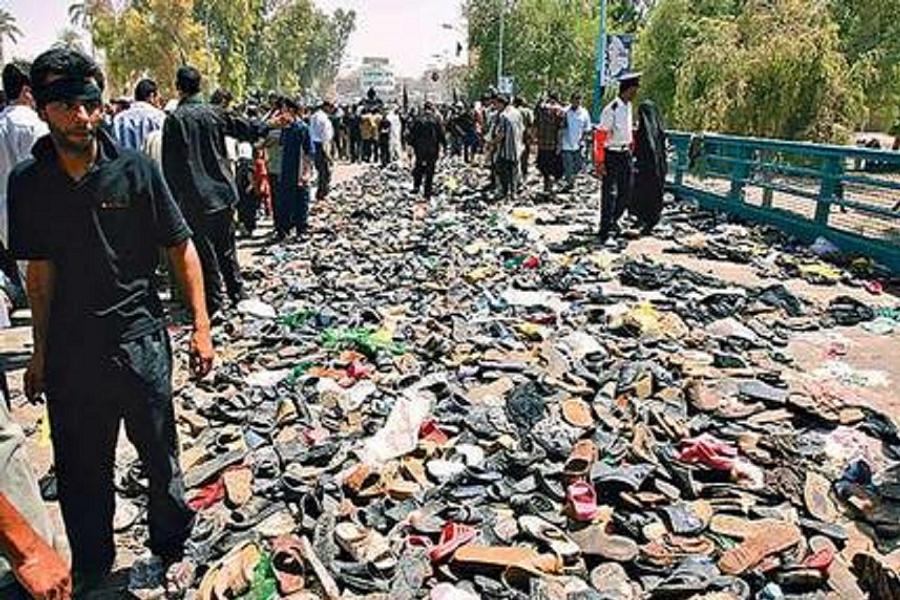 One of the another most hilarious tragedy which took place in 2005 in Baghdad when the crowd gathered and marching towards the Al Khadmiya Mosque at the shrine of the Imam Musa- al Kazim one of the twelve Shia Imams. But suddenly people encountered the suicide bomber and people got panic and in order to save their life they escaped the bridge from all the directions. Some people were drowned when they jumped into the Tigris River and others were dead in the crowd crushes. The death toll was recorded to be the largest in the history of Baghdad. 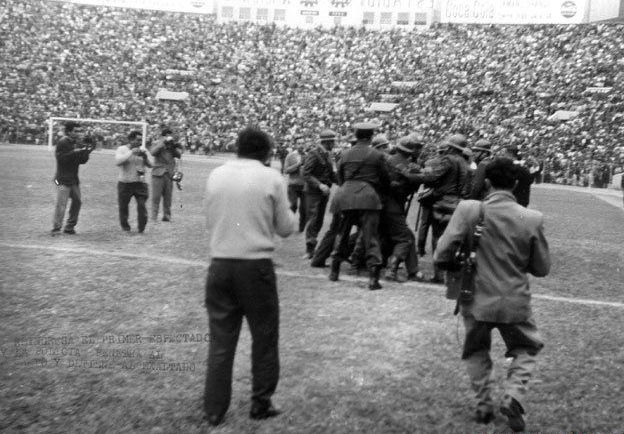 The incident at the National Stadium in Peru resulted in the death of over 300 people and 500 were injured. Fans came to watch the match of Argentina VS Peru. While in the end just before the few seconds the Referee disallowed the Peruvian Goal which could make the home team win.

The aggressive fans became violent and the scenario changed killing people at the stadium. Many of the fans were trying to flee off but were stuck at Stadium which caused the death of few of them. 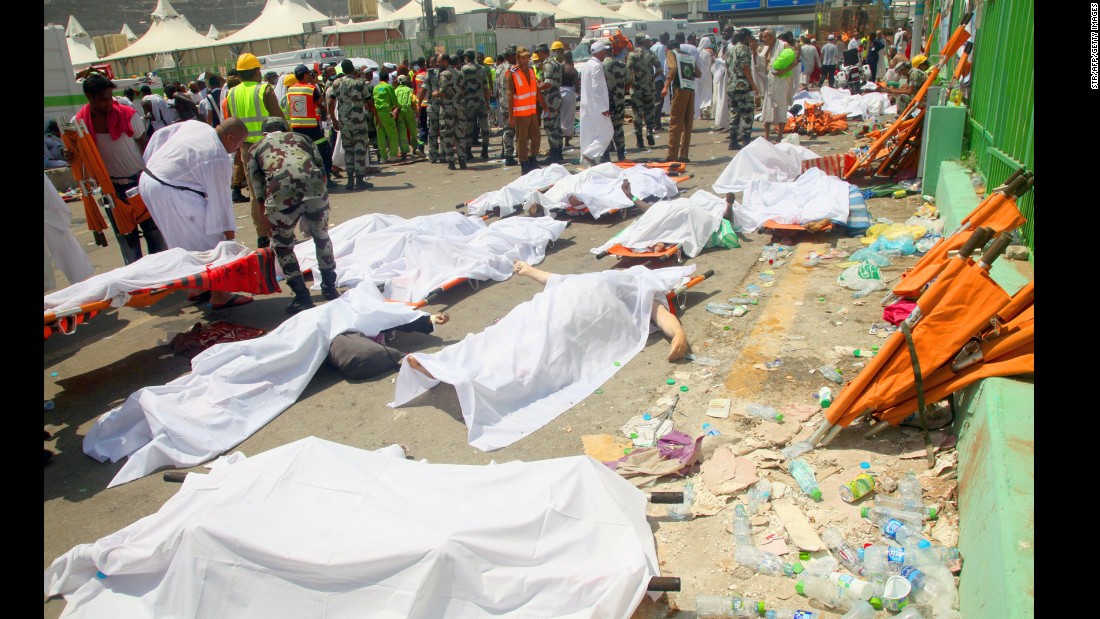 The religious place averting into human disaster at Saudi Arabia. The Hajj is the pilgrimage taken by the Muslims at Mecca. The gathering consists of a huge mass of Muslims. The uncontrollable crowd makes the religious peaceful ceremony into deathly bloody bodies. This Stampede is recorded many times in the history of human disasters crushing deaths over the years.

Almost three million people arrive the Hajj every year. They believe to make at least one pilgrimage in their lifetime. The most dangerous rituals which take place is throwing the stones on the three sacred walls at the east of Mecca in Mina city. Over the years the crowd is increasing day by day. But such a mass can cause people to trample if they fall down resulting in their death.

Persian War & Its Most Intriguing Facts