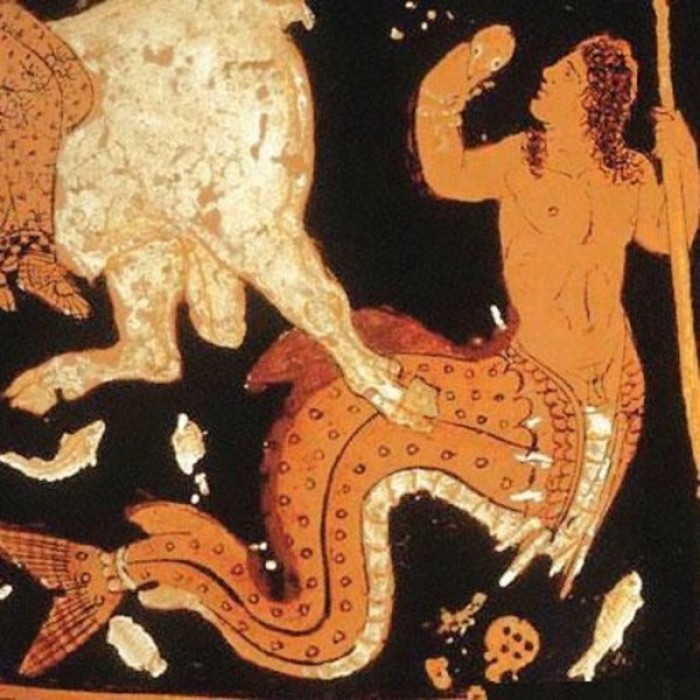 Water deities are the gods and goddesses who had the powers to control the elements of water and ruled over all the fresh and saltwater of the earth. They are associated with water and the different water bodies such as seas, waves, rivers, sea creatures, lakes, and its likes.

From Hindu to Greek, and Roman to Chinese, the gods and goddesses of water are common in almost every human mythology. They have been important for civilizations where seas and rivers held great significance.

Here’s a list of 25 water deities from different mythologies. 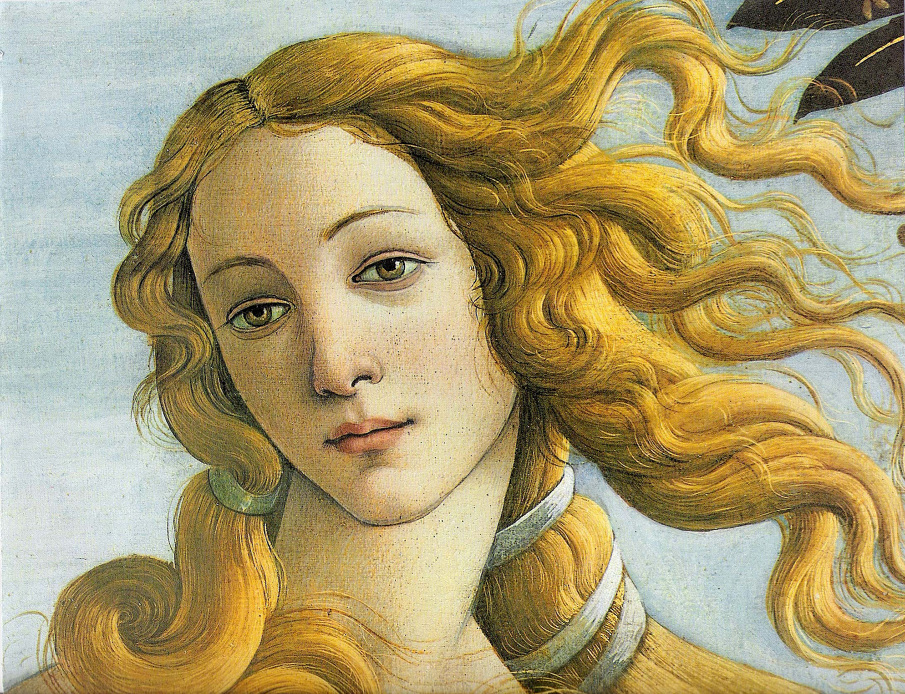 Said to have been associated with the ocean, Greek goddess Aphrodite was born out of seafoam. 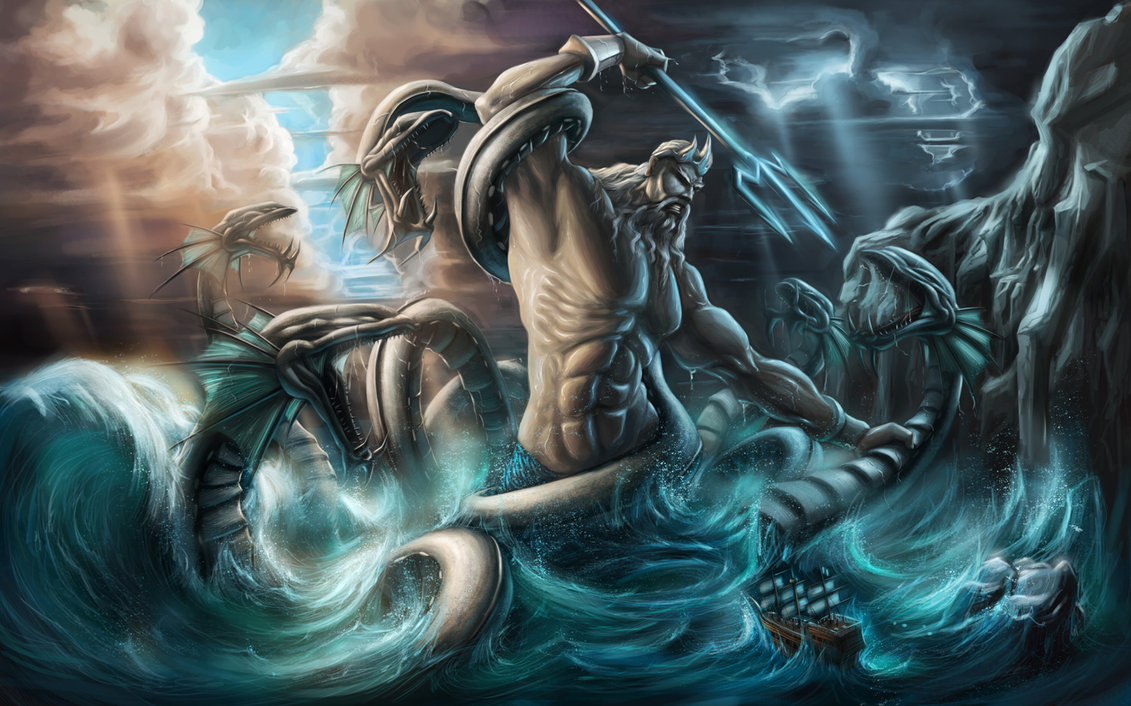 Neptune is the Roman god of freshwater and the sea. He is known as the king of the sea. 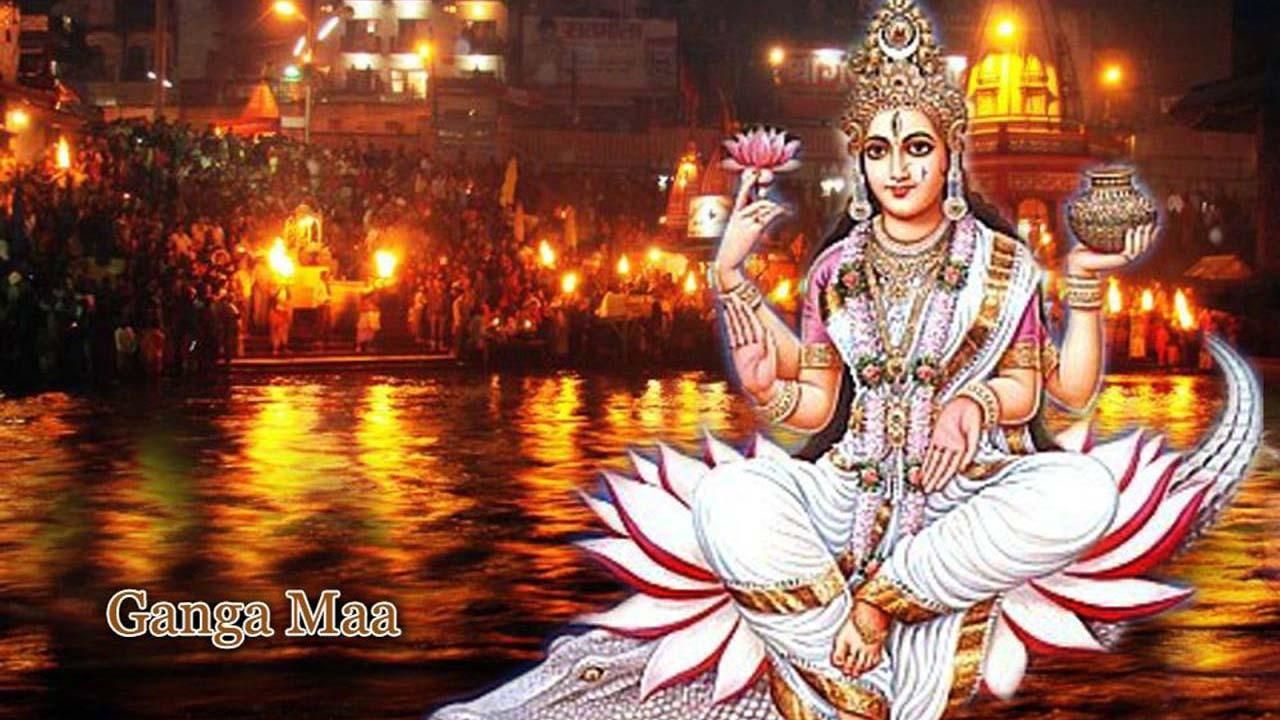 Ganga is the Hindu goddess of the Ganges River and purity. The river Ganga is considered highly sacred and is worshiped by people of the Hindu religion. It is a common belief that bathing in this holy river is a liberating experience and leads on the way to Moksha (freeing one from the cycle of life and death). Devotees immerse the ashes of their relatives in the Ganga bringing them closer to moksha. 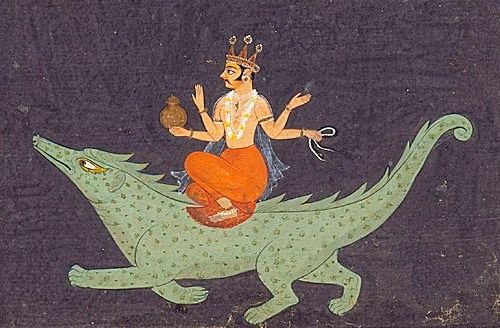 Lord Varuna is the Hindu god of water and the mighty ocean. He is the consort of the Hindu goddess Varuni. Initially the king of gods, Varuna was replaced by Indra, the god of rains, lightning, thunder, storms, and river flows. 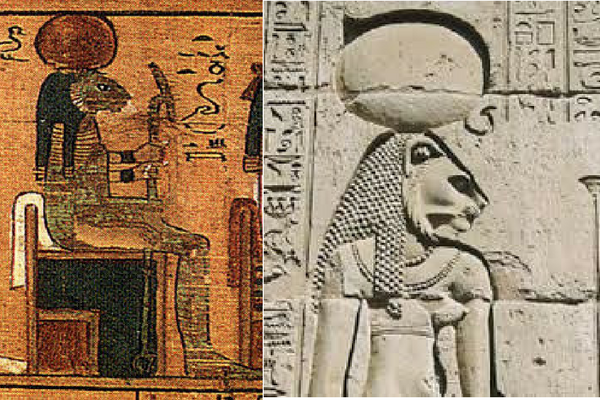 Tefnut is the Egyptian Goddess of water, rain, dew, moisture, moist air, and fertility. The literal meaning of ‘Tefnut’ is ‘water’. She is the mother of Geb and Nut and consort of the air god Shu. 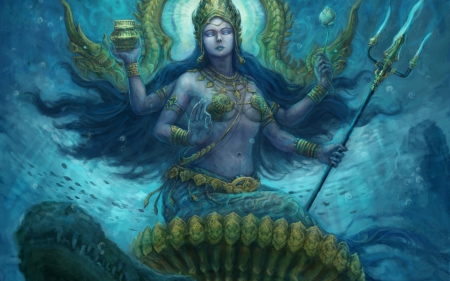 Samudra is the Hindu goddess of the seas. The literal meaning of ‘Samudra’ is ‘gathering together of waters’. 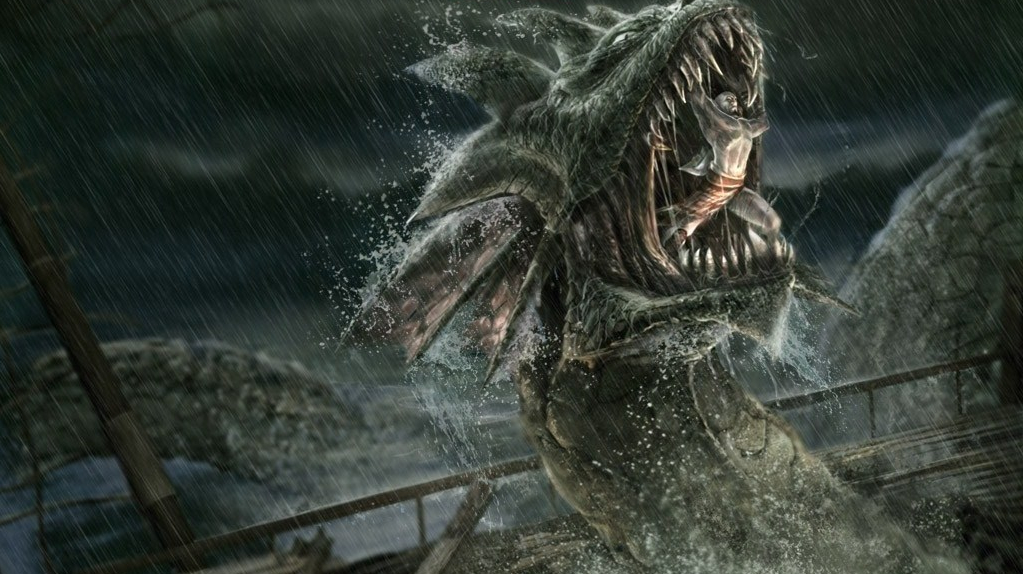 Aegaeon was the Greek god of violent sea storms. He is the son of Briareus, one of the Hecatoncheires. 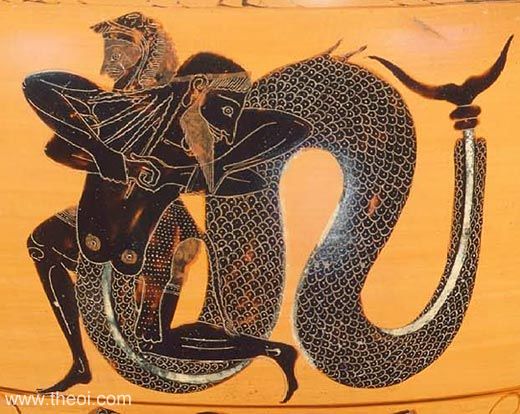 The Achelous was the Greek god of the river, the oldest and the greatest river of Ancient Greece. He was the son of Oceanus and Tethys. 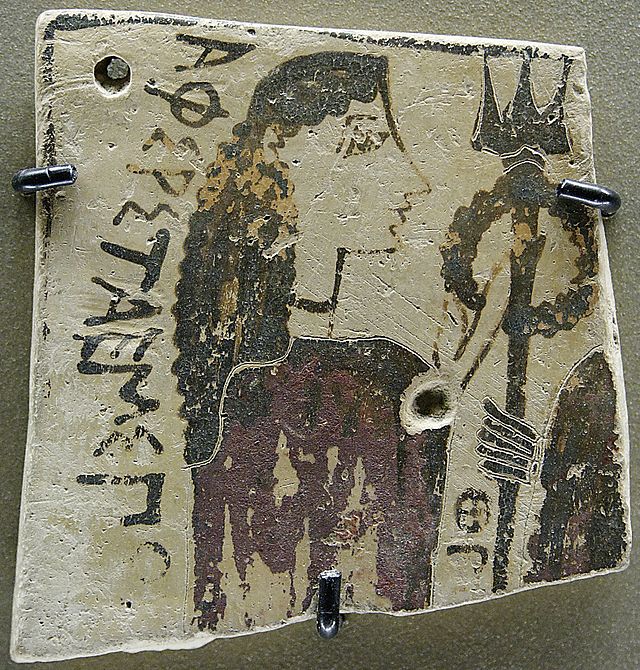 Amphitrite is known as the Queen of the seas.  She was the consort of Poseidon and the daughter of Nereus and Doris. She personified the sea itself and was considered the mother of dolphins, seals, and fishes. 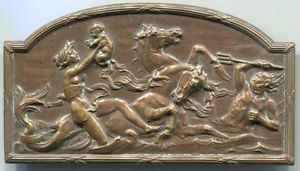 Benthesikyme was the goddess of the waves who ruled the sea of Ethiopia. She was the daughter of Poseidon and Amphitrite. 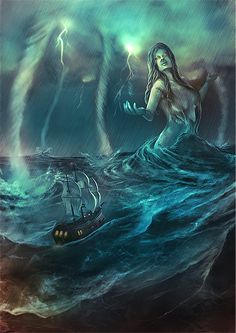 Cymopoleia was the goddess of violent sea currents and waves at the time of storms. She was a daughter of Poseidon and consort of Briareus, one of the Hecatoncheires. 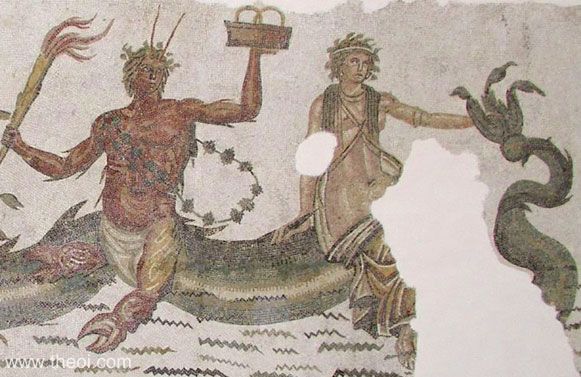 Ceto was the Greek ancient goddess of the dangers of the sea. She was the daughter of Gaea and Pontus. Ceto She was rather identified as the goddess of sharks, whales, and sea monsters. 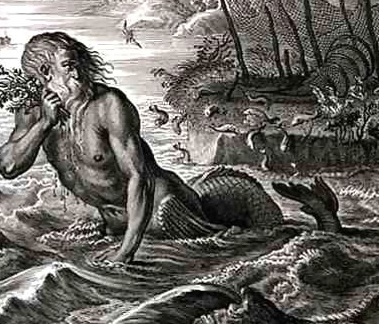 Glaucus was the prophetic sea god of ancient Greek mythology who safeguarded sailors and fishermen during storms. Once a mortal being, Glaucus transformed into a sea god after eating a magical herb. 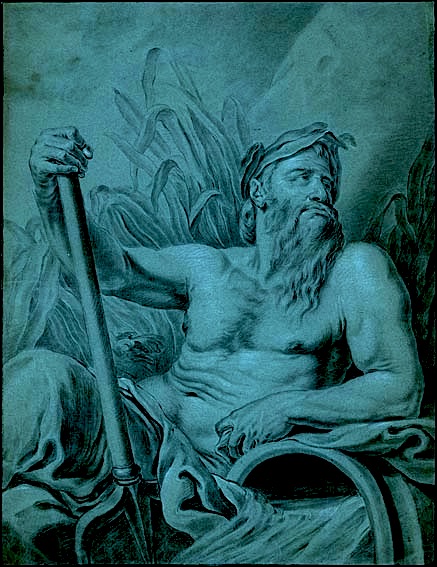 Hydrus was the primordial Greek god of fresh waters who emerged from Chaos alongside Gaea (Earth). 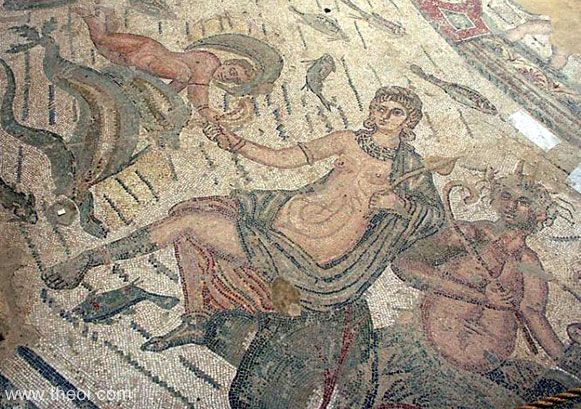 Leucothea was the sea-goddess who helped sailors in troubled times. Once a mortal princess named Ino, she was punished by Hera for looking after a child named Dionysus. She was the daughter of Cadmus. This white goddess jumped off the cliff into the sea with her son. Olympian gods then have her a new name  ‘Leucothea’ and she transformed into a sea goddess. 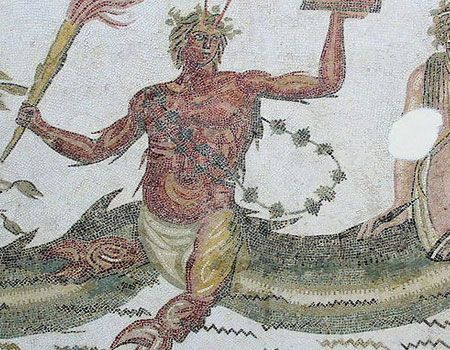 Phorcys was a primordial sea god of the hidden dangers of the deep. He was the son of Pontus and Gaea, consort of Ceto. 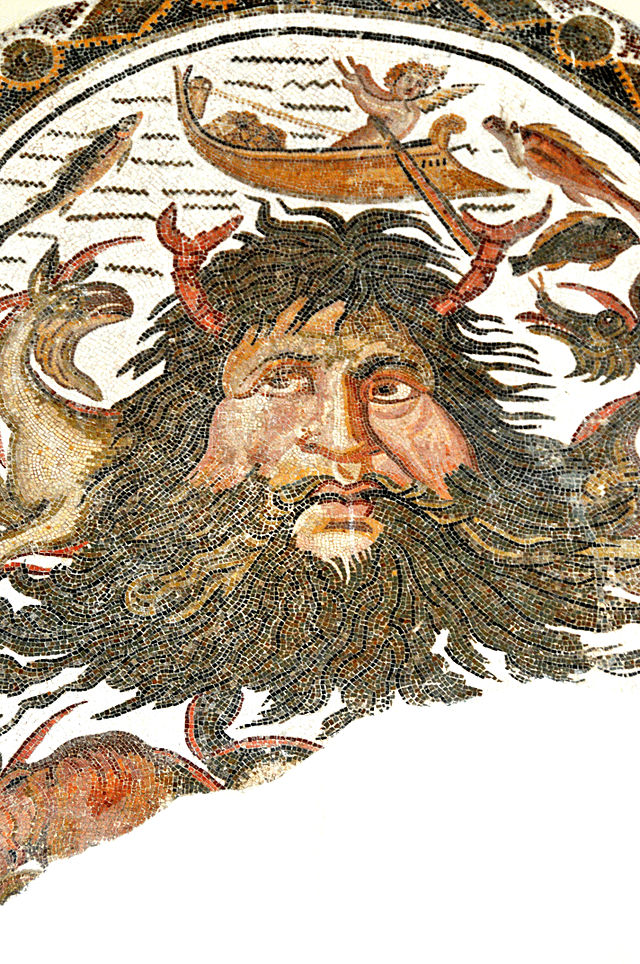 Pontus was the primeval sea god who was among one of the first-born gods. He was the father of most of the ancient sea-gods by Gaea and ruled the seas, fish, and other sea creatures with his consort Thalassa. 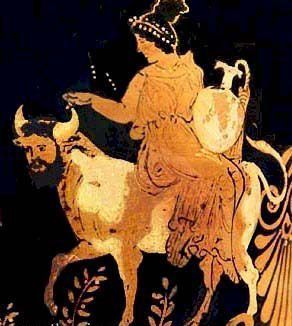 Potamoi is the three thousand deities of rivers. They were the sons of Oceanus and Tethys and brothers of the Oceanids. Some of the notable river gods were Achelous (river in central Greece), Acheron (river of Pain), Acis (river of Sicily), Asopus (river of Boeotia), Cocytus (river of Wailing), Lethe (river of Oblivion), Phlegethon (river of Fire), Styx (river of Hatred) and Scamander (river of Troy in Anatolia). 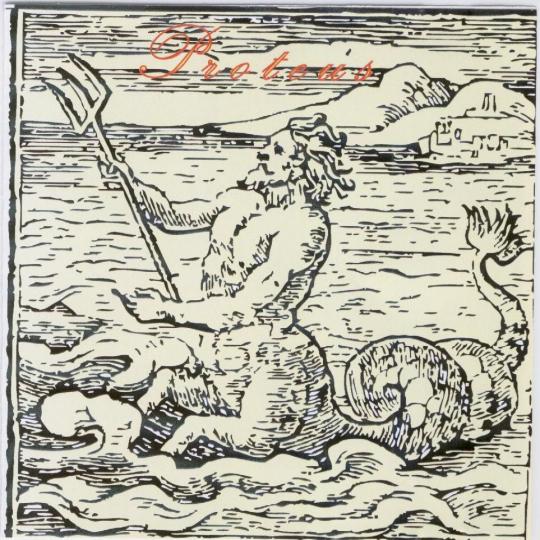 Proteus was a prophetic ancient sea god. He was associated with the island of Lemnos and was a shepherd of Poseidon's seals. 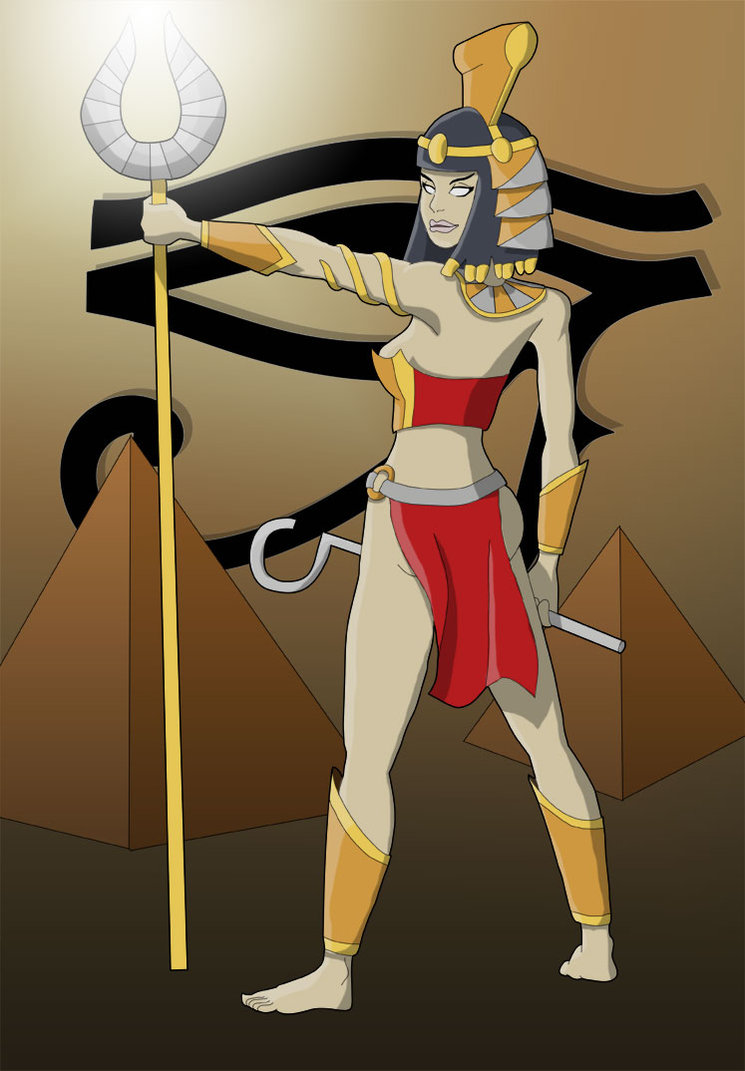 Nephthys was the Goddess of rivers, death, mourning, and night in ancient Egyptian religion. She was the daughter of Nut and Jeb. 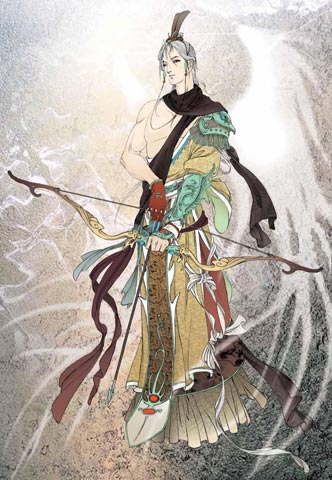 Suijin is the Japanese god of water of the Shinto religion. The literal meaning of ‘Suijin’ is water people or water deity and refers to the celestial and earthly evidence of the benevolent nature and Shinto divinity of water. Also, it refers to a variety of mythological and mystical creatures found in lakes, ponds, springs, and wells. The Thaumas was the god of the wonders of the sea. He was a successor of Pontus and Gaea and was the consort of an Oceanid named Electra. He was the father of Iris (goddess of the rainbow), Arce, and Harpies. 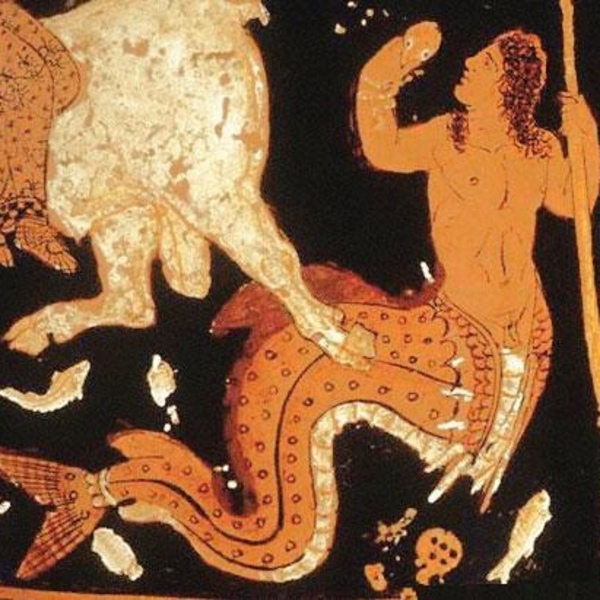 Triton was the Greek god and a messenger of the sea. He was the son of Poseidon and Amphitrite. He is described as a merman having an upper body of a man and the tail of a fish. 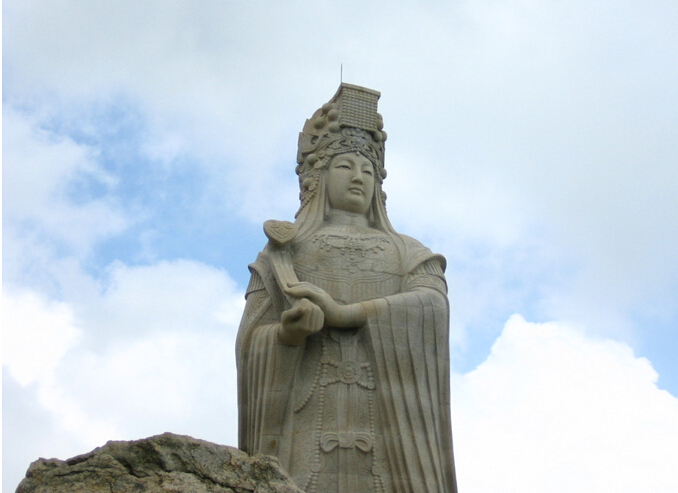 Mazu was the Chinese water goddess and protected seafarers, including sailors and fishermen. Her worship spread throughout China's coastal regions and expatriate communities throughout Southeast Asia. It was believed that she roamed seas to protect her believers through miraculous interventions.

He was a young sea god and protector of seafarers in distress. When he was mortal, he was called Melicertes. His mother Ino jumped into the sea with him. He and his mother transformed into sea deities thereafter. Olympian god renamed him into Palaemon and mother Ino was called Leucothea.