The wind god controls the wind. Here's the list of gods of wind associated with Norse, Egyptian, Greek, and other mythologies in the world.

Several mythologies describe gods with their unique powers and traits. The stories revolve around the origin and nature of the world, activities of deities, and mythological creatures. You must have read about the god of air, food, god of nature, and war from different mythologies.

Let us read about the God of wind in different mythologies and their power.

In ancient Greek religion, the Anemoi were wind gods associated with different seasons and weather conditions. The Anemoi were sometimes represented as gusts of wind and were also personified as winged men.

These minor gods were depicted as horses kept in the stables of the storm god Aeolus, who provided Odysseus with the Anemoi in the Odyssey. Of the four chiefs, Boreas is the north wind and bringer of cold winter air.

Zephyrus is the west wind and bringer of spring and early summer breezes. Eurus is the southeast wind and was not associated with any of the Greek seasons. 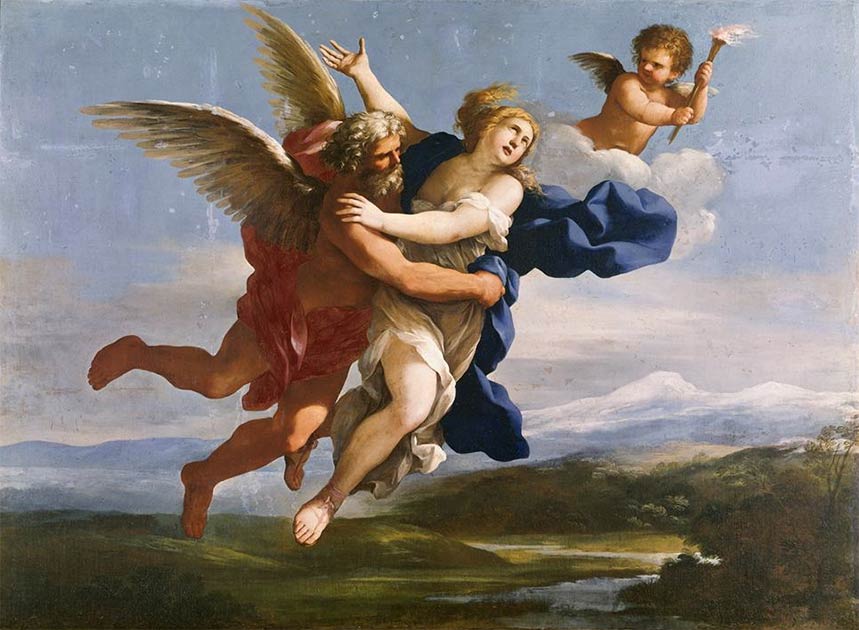 Boreas is the Greek God of the cold north wind and bringer of winter. He was taken as the north wind and is depicted as being very strong. He was shown as the old man with shaggy hair and beard while holding a conch shell and wearing a billowing cloak.

He was said to have twelve colts after taking the form of a stallion to the mares of Erichthonius, King of Dardania. Boreas was said to have kidnapped Orithiya. The abduction of Orithyia was popular in Athens before and after the Persian war. In the paintings, Boreas was portrayed as a bearded man in a tunic with spiked hair. 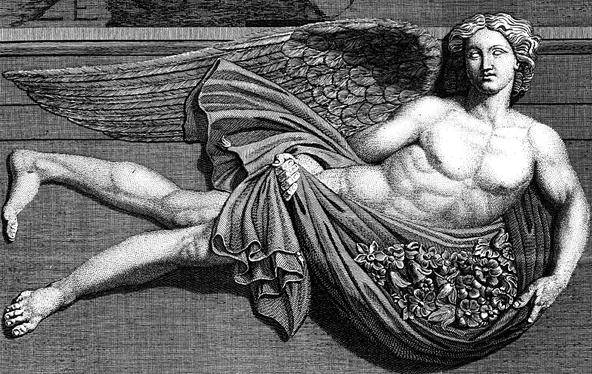 Zephyrus is the Greek God of the west wind. The god is known as the fructifying wind, the messenger of spring, and was thought to live in a cave in Thrace. It is believed that Zephyrus had several wives in different stories.

For instance, he was said to be the husband of Iris. He abducted the goddess Chloris and gave her the flowers. Zephyrus was claimed to have killed one of Apollo’s male lovers Hyacinth out of jealousy. 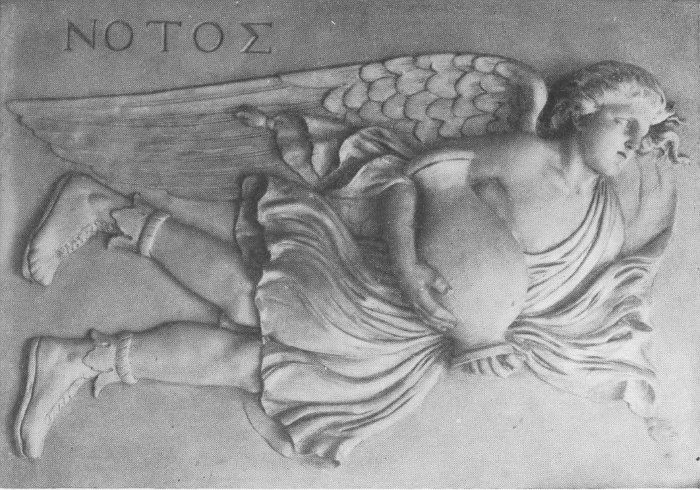 Notus was the Greek God of the south wind. God was associated with the hot wind of the rise of Sirius after midsummer was thought to bring the storms of summer and autumn. The other wind gods who were said to be his brothers were Boreas, Eurus, and Zephyrus.

The brothers were described as winged men who could move at high speed. The gods were the sons of Eos, who was the mother, and Astraios, the father. Notus was known as the god of summer and was represented as The Last Olympian. 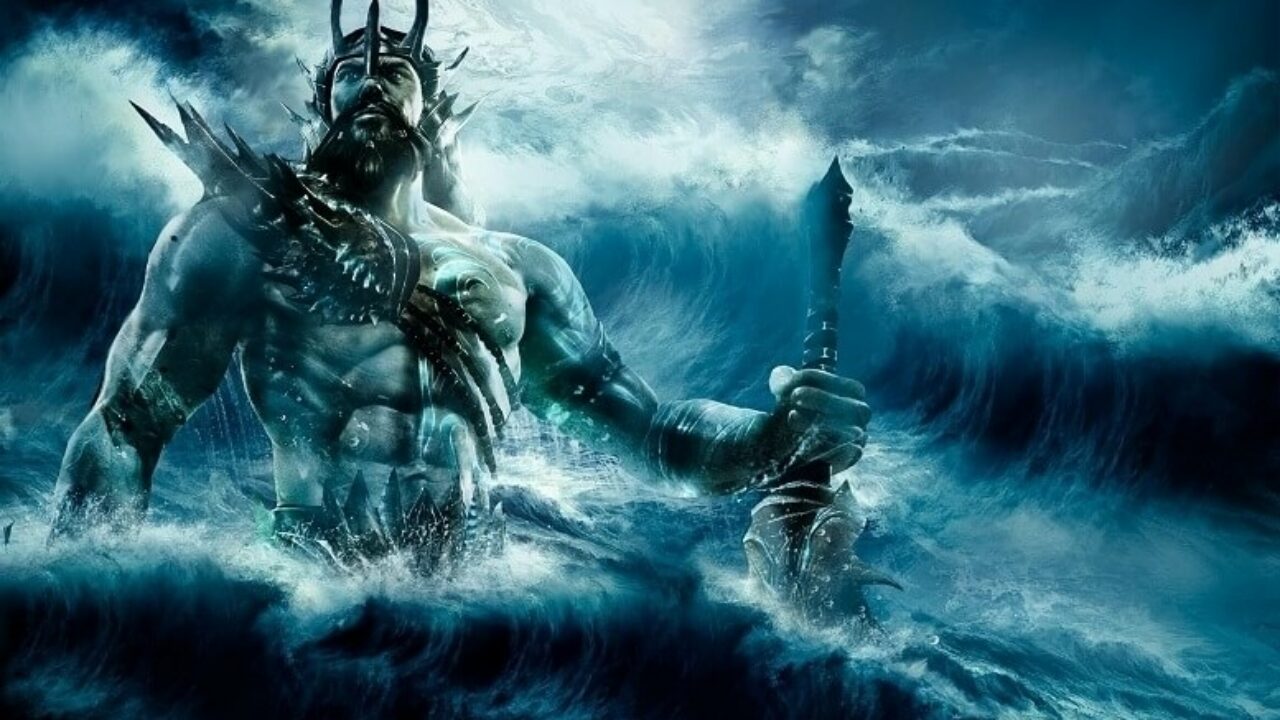 Njord, Old Norse Njoror, is the god of wind and the sea. He was the father of Freyr and Freyja by his sister. Traditionally, Njord’s native tribe, the Vanir, gave him as a hostage to the rival tribe of Aesir.

The marriage failed because Njord wanted to live in Noatun, his home by the sea. Several traditions believed that Njord was a divine ruler of the Swedes, and his name appears in Scandinavian place-names. 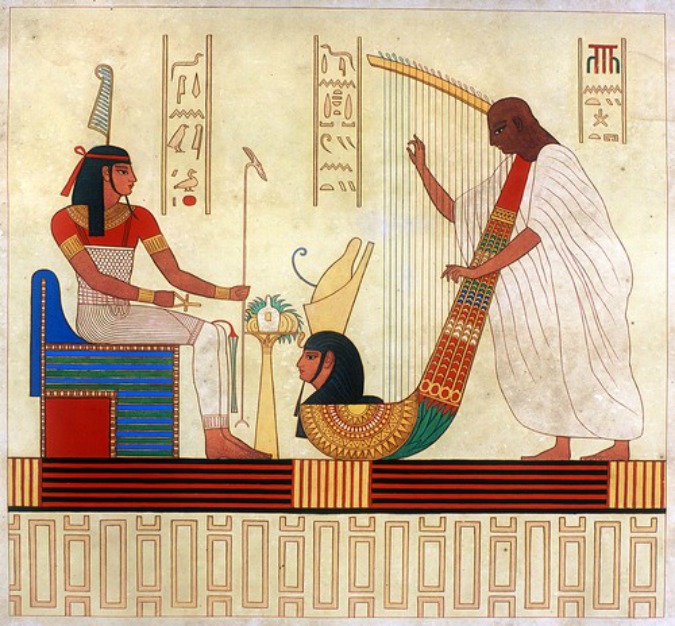 Shu was the Egyptian god and brother to goddess Tefnut. As the air, Shu was considered to be calming, cooling, and a pacifier. Shu was depicted as the dry atmosphere between earth and sky. Shu was portrayed in art as wearing an ostrich feather.

According to Helipolitan mythology, Shu and Tefnut, the pair of cosmic elements, created the sky goddess and the earth god, Geb. Shu and Tefnut conceived twins born in the embrace of love and longing. Their daughter, Nut, was the sky above, while their son Geb was the earth.

Shu is represented as a man and carries an ankh, the symbol of life. Shu was the god of lions, air, and wind.

The god is represented as a human with feathers on his head with warm hair. 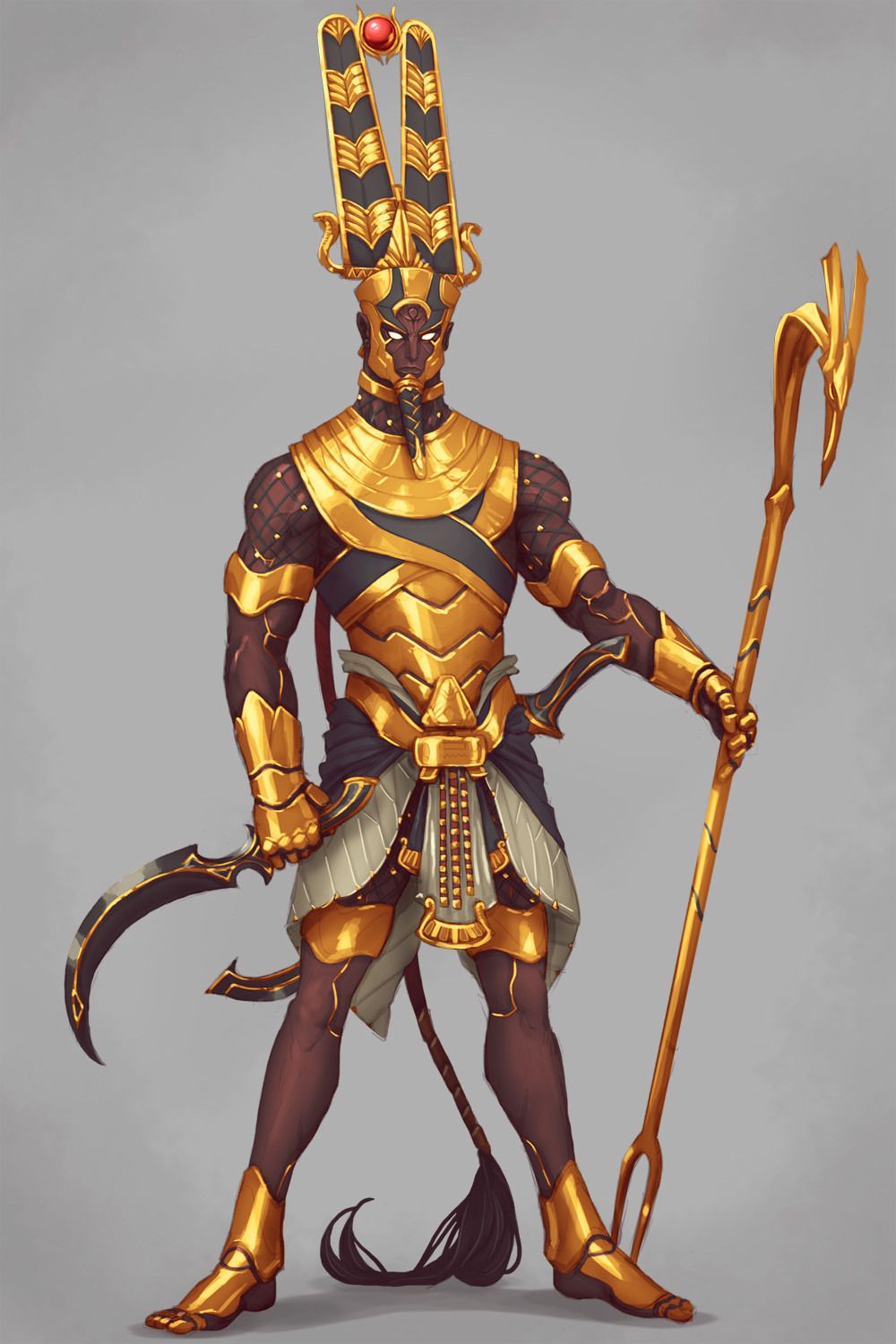 Amun was one of the eight primordial Egyptian deities who merged with Ra, the ancient sun god, to become Amun-Ra. His role evolved over the centuries during the Middle Kingdom, and he became the King of deities. It is believed that Amun created himself and everything else in the universe.

But he distanced himself from it as “the original inscrutable and indivisible creator.” Amun-Ra was the father and protector of the pharaoh and was the subject of the cult.

Amun revealed his wishes through the use of oracles controlled by the priests. He had a following of priests who were overthrown by Pharaoh Akhnaton when he replaced the worship of Amun with Aton.

Qebui is the Egyptian god of the North Wind and appears as a man with four ram heads or a wing.

Enlil is an ancient Mesopotamian god related to wind, earth, air, and storms. Enlil’s primary center of worship was the Ekur temple in the city of Nippur, which was believed to have been built by Enlil. He was so holy that no other god could look upon him. The god plays an important role in the Sumerian creation myth.

In the Sumerian flood myth, Enlil rewards Ziusudra with immortality for having survived the flood, and in the Babylonian flood myth, he is the cause of the flood himself. Enlil was regarded as the inventor of the mattock and the patron of agriculture. Enlil first rose to prominence during the 24th century BC, when the importance of god An began to diminish.

Ninlil, or called Sud, in Assyrian, is the consort goddess of Enlil. She lived in Dilmun with her family and is considered the god of wind and consort of Enlil.

In the Mesopotamia region, Pazuzu was the king of demons of the wind and the son of the god Hanbi. The god is often depicted as a combination of different animals and human parts. He has the body of a man and the head of a lion or dog. Pazuzu is the demon of the southwest wind known for bringing famine during dry seasons.

He was invoked in apotropaic amulets, which combat the powers of his rival. In modern culture, Pazuzu is featured in the 2015 NBC television series Constantine in a two-part episode. Also, there is a song called Pazuzu on the album Zoon by Nephilim.

The name appears to be connected with the Albanian term i shurdhet, meaning the deaf one. According to folk beliefs, Shurudhi travels using storm clouds which announce hailstorms when he arrives. 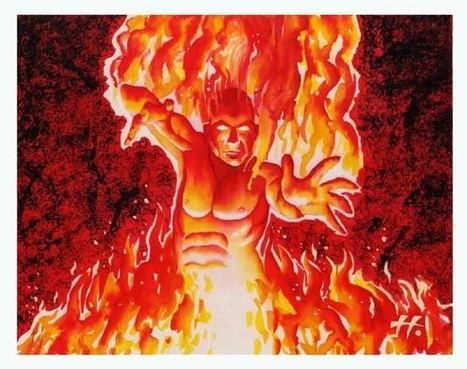 Verbti or Verbt is a storm god and weather in Albanian mythology and folklore who causes hailstorms and controls water, fire, and the northern wind. Verbt is the counterpart of another weather god, Shurdh.

According to folk beliefs, Verbti resides in the clouds and causes hailstorms, and controls fire, water, and the northern wind, which fuels the fire. He can be turned away with noise and gunshots. He is depicted as a deity who hates cleanliness and bad ways of speaking. 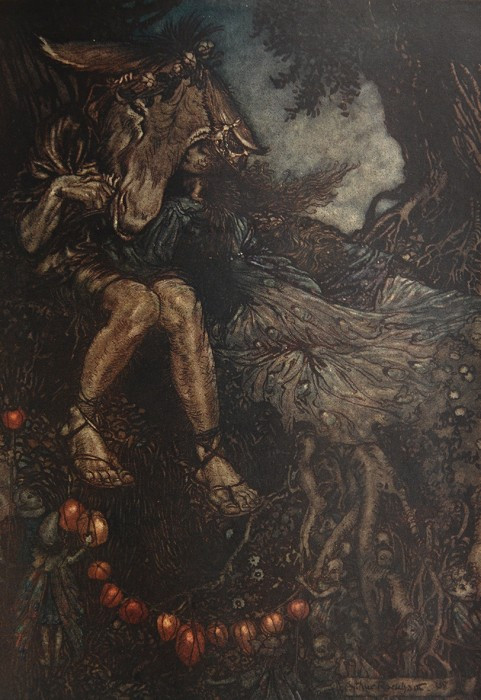 Sidhe or Aos Si is the Irish name for a supernatural race in Celtic mythology. This God of wind is said to live underground in fairy forts, across the western sea. Some sources describe them as the survivors of the Tuatha De Danann, who retreated into the Otherworld when fleeing the mortal Sons of Mil Espaine.

In folk belief and practice, the aos Si are often appeased with offerings. The god is seen as fierce guardians of their abodes. It is also believed that infringing on these spaces could cause the aos si to retaliate to remove the people that invaded their homes.

Stribog is the Slavic god of the wind and the distribution of wealth. He is mentioned in the three East Slavic sources, and so his cults may have existed in Poland. The god appears for the first time in the 12th century Primary Chronicle with other gods.

Bieggolmai was the unpredictable deity of the summer winds and storms in Sami religious practice. The god is portrayed with two shovels in his hands, which he used to shuffle the winds into and out of his cave. 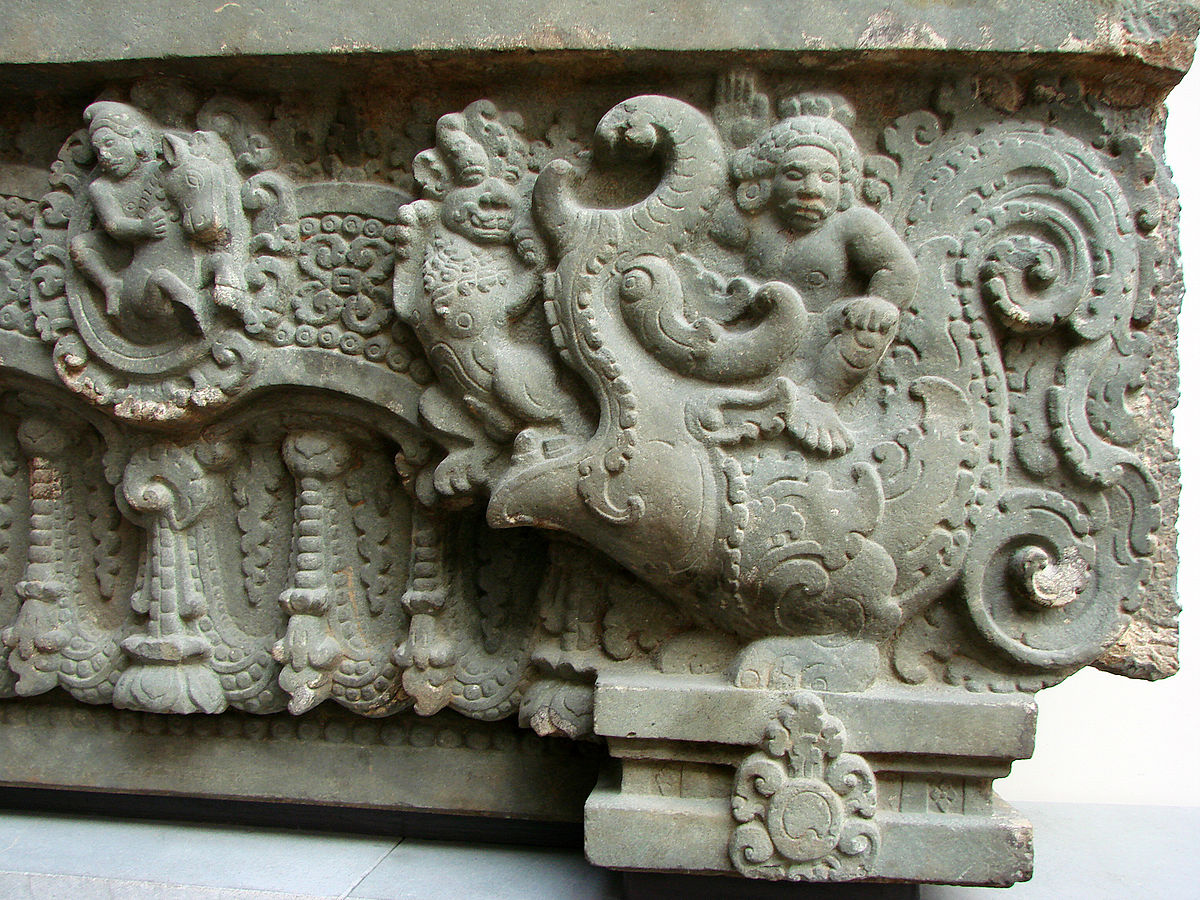 In Hinduism, the Maruts are storm deities and sons of Rudra and Prisni. They are extremely violent and described as armed with golden weapons. In Vedic mythology, the Maruts act as Indra’s companions as a troop of young warriors. According to Rigveda, they wore golden helmets and breastplates.

They are also accompanied by a female deity who rides with them through the heavens. As per the later tradition, like Puranas, the Maruts were born from the broken womb of the goddess Diti after Indra hurled a thunderbolt at her to prevent her from giving birth to a powerful son.

Rudra is a deity associated with wind or storm. Depending on the situation, Rudra could mean the most severe roarer or the most frightening one. Rudra is called the archer, and the arrow is an essential attribute of Rudra.

In another context, it means the number eleven. Rudra is one of the names of Vishnu in Vishnu Sahasranama. Rudra was believed to cure diseases, and when people recovered from them, that too was linked to Rudra. 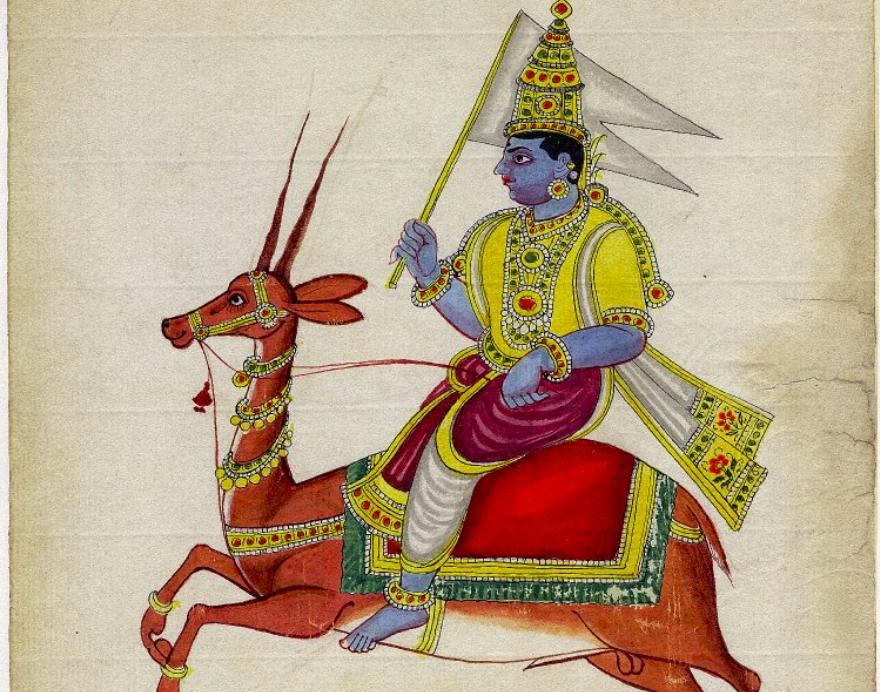 Vayu is a Hindu deity and the spiritual father of Hanuman and Bhima. He is sometimes also known as Anila, Tanuna, and Prana. In the Rigveda, Vayu is linked to winds, with the Maruts being described as being born from Vayu’s belly.

He is also the first god to receive soma in the ritual. In the hymns, the god is described to possess exceptional beauty driven by two or forty-nine or one-thousand white and purple horses.

Do you know more about the Gods of wind and their facts? Share your views below.