11 Inhumane Nazi Experiments That Will Chill Your Spine

World War II was not only about Nuclear bombs and falling countries, it was also the host to the most evil 6 years of humanity, ... 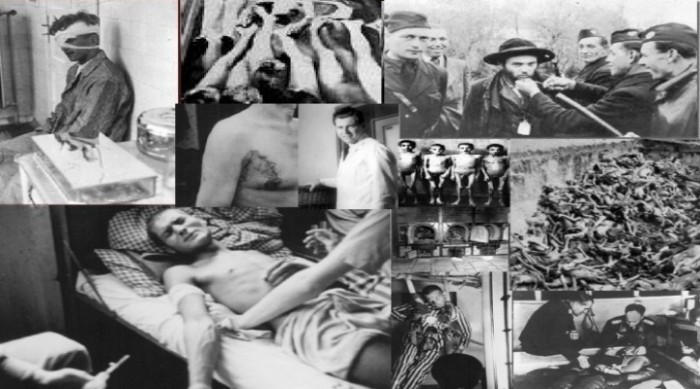 World War II was not only about Nuclear bombs and falling countries, it was also the host to the most evil 6 years of humanity, as it gave reason and expendable captives to the sinful realm of the NAZI scientists, who in the name of science and experiments made people go through unspeakable horrors. 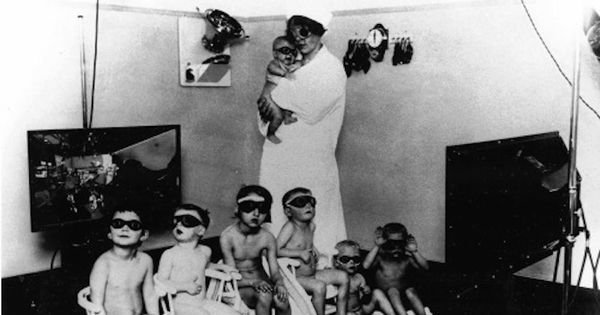 At Auschwitz, Dr. Josef Mengele injected dye into the eyes of children to see if he could permanently change their color. He also famously tried to create conjoined twins by stitching his patients together. 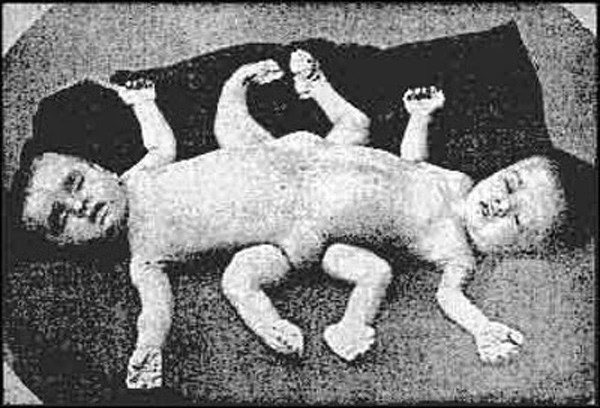 The central leader of the experiments was Josef Mengele, who from 1943 to 1944 performed experiments on nearly 1,500 sets of imprisoned twins at Auschwitz. About 200 people survived these studies. The twins were arranged by age and sex and kept in barracks between experiments, which ranged from injection of different dyes into the eyes of twins to see whether it would change their color to sewing twins together in attempts to create conjoined twins. From about September 1942 to about December 1943 experiments were conducted at the Ravensbrück concentration camp, for the benefit of the German Armed Forces, to study bone, muscle, and nerve regeneration, and bone transplantation from one person to another. Sections of bones, muscles, and nerves were removed from the subjects without use of anesthesia. As a result of these operations, many victims suffered intense agony, mutilation, and permanent disability. 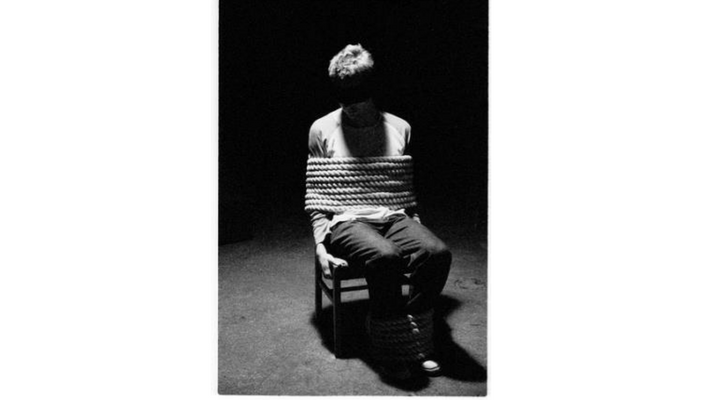 In mid-1942 in Baranowicze, occupied Poland, experiments were conducted in a small building behind the private home occupied by a known Nazi SD Security Service officer, in which "a young boy of eleven or twelve [was] strapped to a chair so he could not move. Above him was a mechanized hammer that every few seconds came down upon his head." The boy was driven insane from the torture. In 1941, the Luftwaffe conducted experiments with the intent of discovering means to prevent and treat hypothermia. There were 360 to 400 experiments and 280 to 300 victims indicating some victims suffered more than one experiment.

Another study placed prisoners naked in the open air for several hours with temperatures as low as −6 °C (21 °F). Besides studying the physical effects of cold exposure, the experimenters also assessed different methods of rewarming survivors. "One assistant later testified that some victims were thrown into boiling water for rewarming."

Approximately 100 people are reported to have died as a result of these experiments. 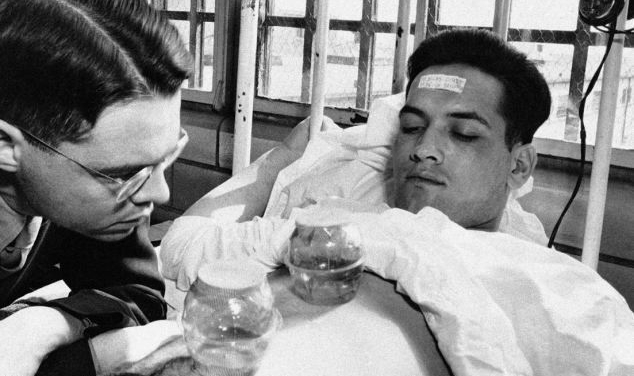 Healthy inmates were infected by mosquitoes or by injections of extracts of the mucous glands of female mosquitoes. After contracting the disease, the subjects were treated with various drugs to test their relative efficiency. Over 1,200 people were used in these experiments and more than 600 died as a result. 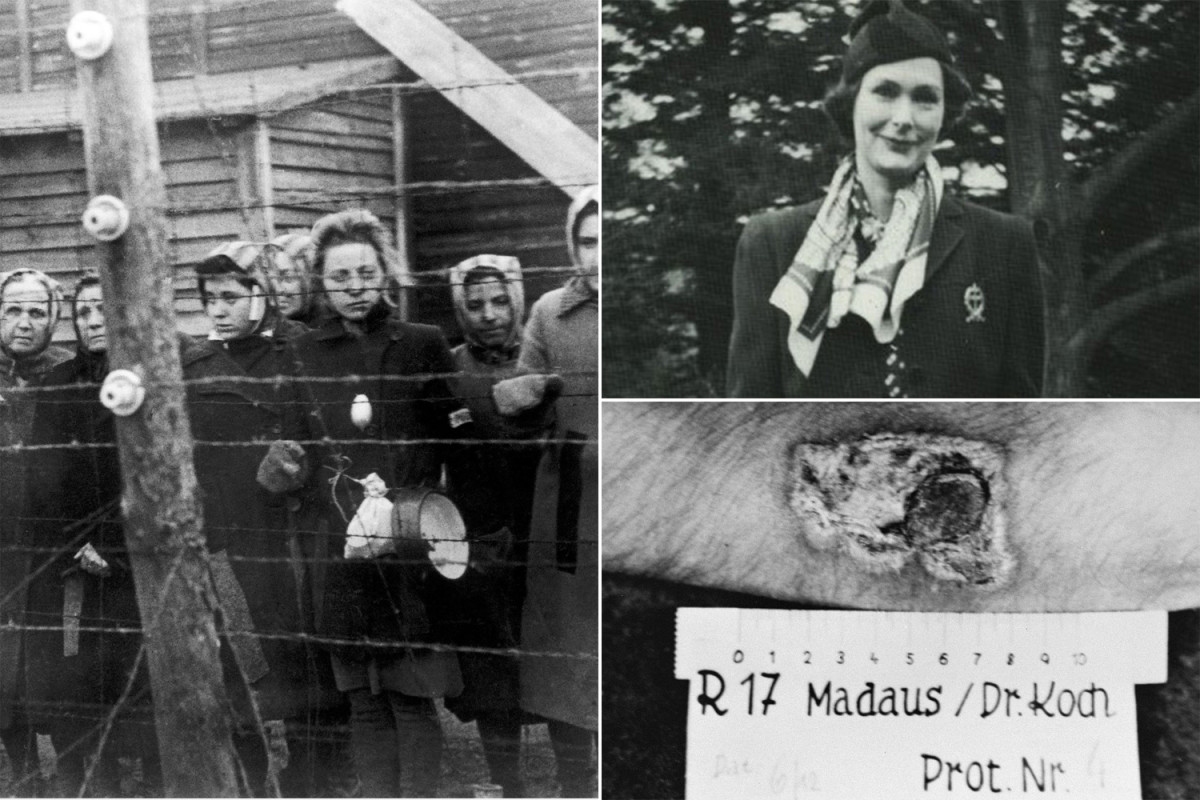 From about July 1942 to about September 1943, experiments to investigate the effectiveness of sulfonamide, a synthetic antimicrobial agent, were conducted at Ravensbrück.

Wounds inflicted on the subjects were infected with bacteria such as Streptococcus, Clostridium perfringens (a major causative agent in gas gangrene) and Clostridium tetani, the causative agent in tetanus.Circulation of blood was interrupted by tying off blood vessels at both ends of the wound to create a condition similar to that of a battlefield wound. Infection was aggravated by forcing wood shavings and ground glass into the wounds.

The infection was treated with sulfonamide and other drugs to determine their effectiveness. 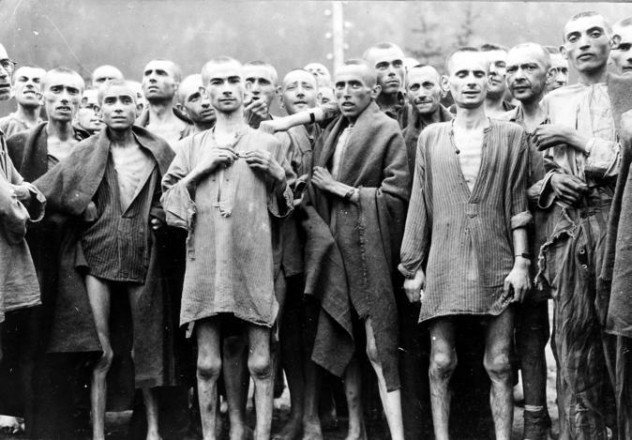 From about July 1944 to about September 1944, experiments were conducted at the Dachau concentration camp to study various methods of making sea water drinkable. At one point, a group of roughly 90 Roma were deprived of food and given nothing but sea water to drink by Dr. Hans Eppinger, leaving them gravely injured.

They were so dehydrated that others observed them licking freshly mopped floors in an attempt to get drinkable water.

Somewhere between December 1943 and October 1944, experiments were conducted at Buchenwald to investigate the effect of various poisons. The poisons were secretly administered to experimental subjects in their food.

The victims died as a result of the poison or were killed immediately in order to permit autopsies. In September 1944, experimental subjects were shot with poisonous bullets, suffered torture and often died. 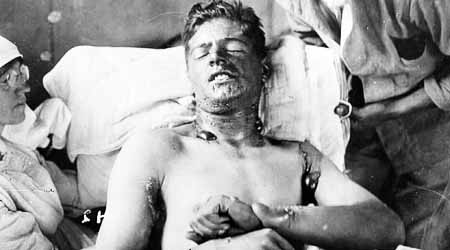 From around November 1943 to around January 1944, experiments were conducted at Buchenwald to test the effect of various pharmaceutical preparations on phosphorus burns. These burns were inflicted on prisoners using phosphorus material extracted from incendiary bombs. 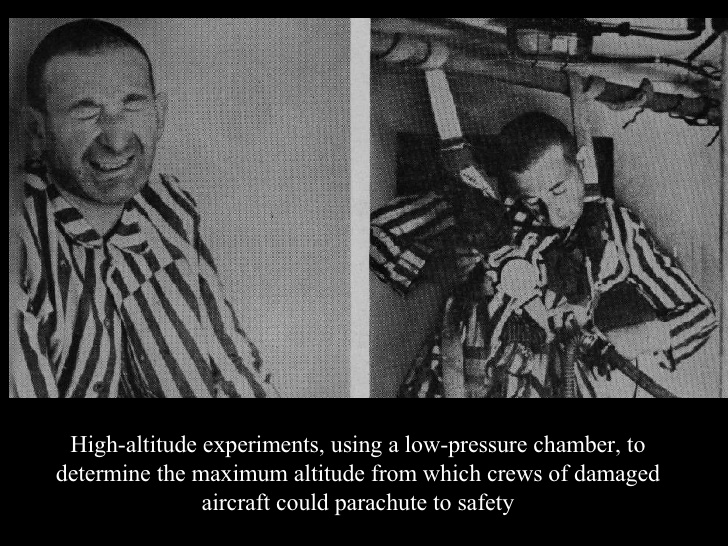 In early 1942, prisoners at Dachau concentration camp were used by Sigmund Rascher in experiments to aid German pilots who had to eject at high altitudes. A low-pressure chamber containing these prisoners was used to simulate conditions at altitudes of up to 20,000 m (66,000 ft). It was rumored that Rascher performed vivisections on the brains of victims who survived the initial experiment. Of the 200 subjects, 80 died outright, and the others were executed. 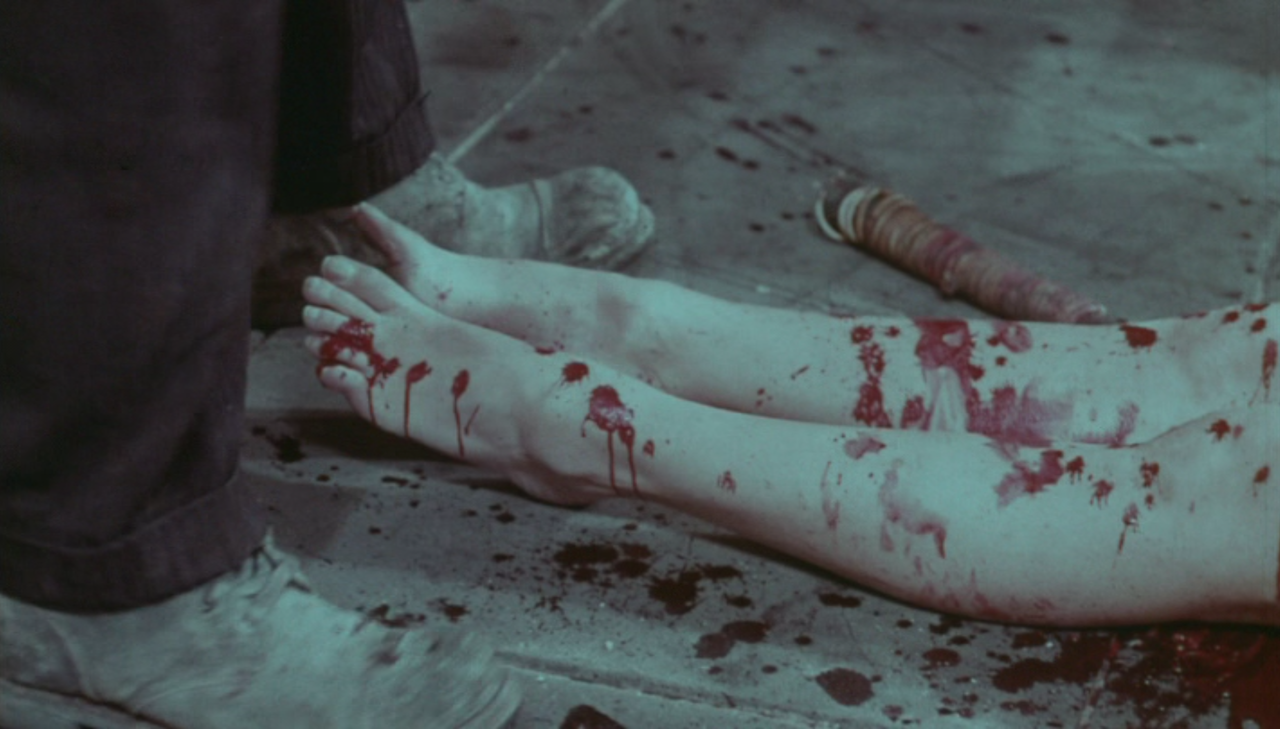 Sigmund Rascher experimented with the effects of Polygal, a substance made from beet and apple pectin, which aided blood clotting. He predicted that the preventive use of Polygal tablets would reduce bleeding from gunshot wounds sustained during combat or during surgery.

Subjects were given a Polygal tablet, and shot through the neck or chest, or their limbs amputated without anaesthesia. Rascher published an article on his experience of using Polygal, without detailing the nature of the human trials and also set up a company to manufacture the substance, staffed by prisoners.