This deadly plague happened in Europe from 1348 to 1351. But do you know the Black Death was not the first devastating epidemic ever happened?

You are probably wrong if you believe only the war has the capability to wipe out millions of lives from the Earth. The Black Death is the worst ever infectious disease which claimed nearly 200 million people worldwide.  It was in October 1347 when 12 Genoese trading ships landed at the Sicilian port after traveling through the Black Sea.

The people who accumulated on the place to welcome the ship met with a terrifying surprise. As they noticed most of the sailors were dead and those who were alive were in serious condition. So what was the disease? How did it get spread? Still, there are many questions…Below are some lesser-known Black Death facts covering the secrets of the disease. (8.1)

It Killed Nearly 60% Of European Population 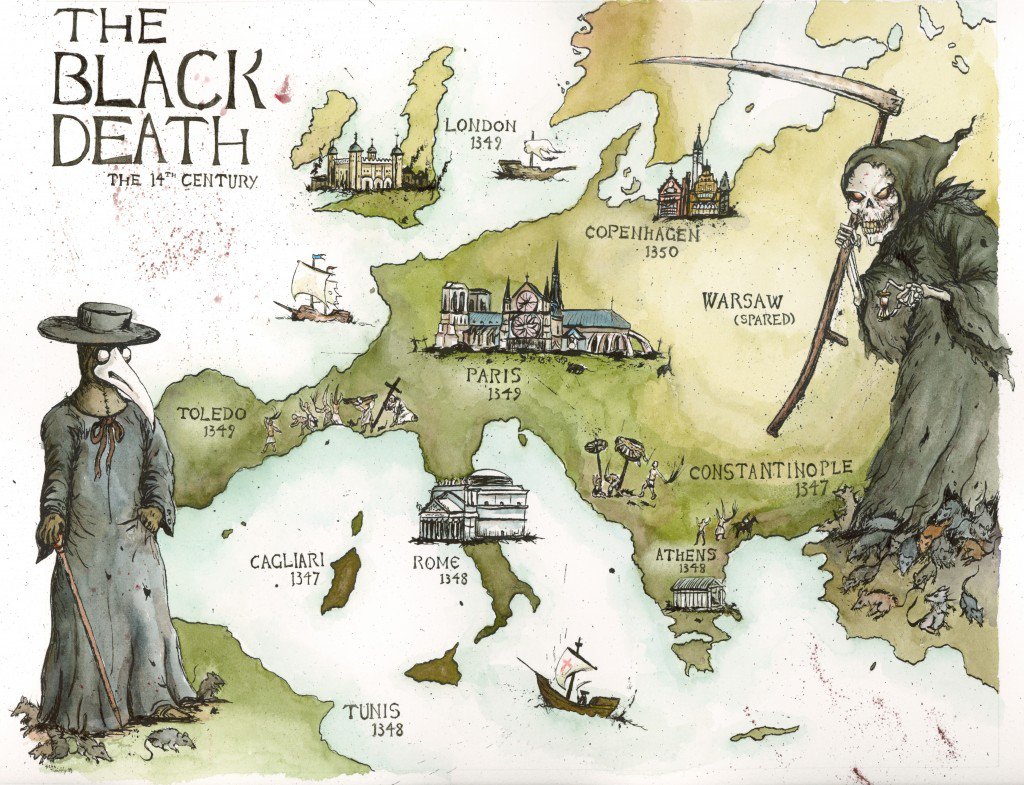 This plague epidemic that happened in Europe from 1348-1351 killed more than 60% of European population. One of the terrifying facts about Black Death is it was very dangerous and spread quickly. It was reported that nearly 200 million people died during that case.

What Was The Cause Of Black Death?

When the disease spread across Europe, there were many theories evolved about the case. But the popular opinion was that Black Death was caused by pockets of bad air. Some believed that alignment of planets Jupiter, Saturn and Mars were unfavorable causing the bad air. Another misconception was that Jewish people were responsible for the Black Death.

Patients Were Not Allowed To Bath or Change Their Clothes

The act of bathing was believed to make god angry and would bring punishment to them. Sometimes patients used perfumes to cover the body foul smell. For those who suffered from Black Death plague, it was also said bathing opened their pores and allow bad air to enter the body. (1.2)

Do This Plague Still Exists?

Many people assume that this plague was the disease of the past. However, the plague still exists in the world but thanks to antibiotics and other medications which minimized the spread of the disease. The plague outbreak was seen in 1994 in India.

The Entire Household Was Locked For Two Weeks

During the ancient times, if someone in the household was caught with the plague, the entire household was locked for two-three weeks. It was in 1665 when the resident of England (village of Eyam) got infected with Black Death plague. They decided to shut down their village knowing that it would be a sacrifice. Later, it was found that none of the closed villages caught the plague, thanks to their sacrifice.

It Was Hard To Detect The Infected Ships 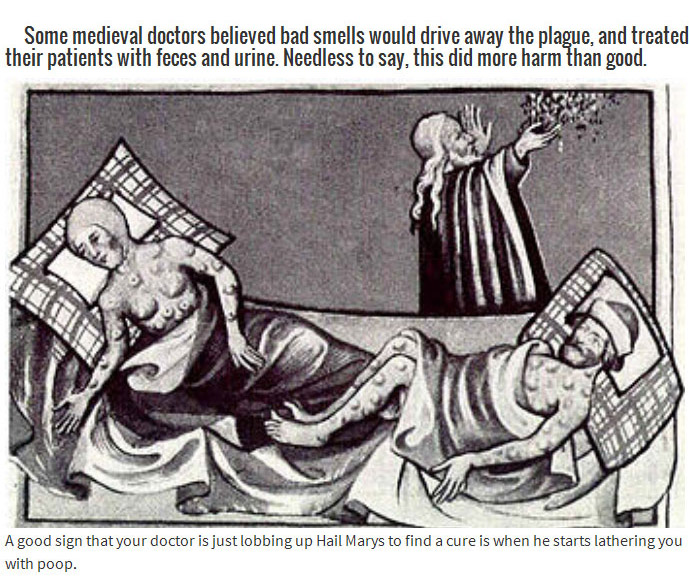 When ships travel from port to port, the Black Death plague had an easy mode of traveling between cities. Even when this risk was noticed, it was quite hard to detect the infected ship. Sometimes the crew was noticed sick, displaying plague symptoms in some cases people could carry the Black Death virus up to a week before the symptoms started.

15 Incredible Stories Of World Creation From Around The World