5 Reasons Behind the Mysterious Death of Alexander The Great

10-11 June 323 BC marked the end of an era; it was when Alexander the Great breathed his last. The aforementioned date is accord... 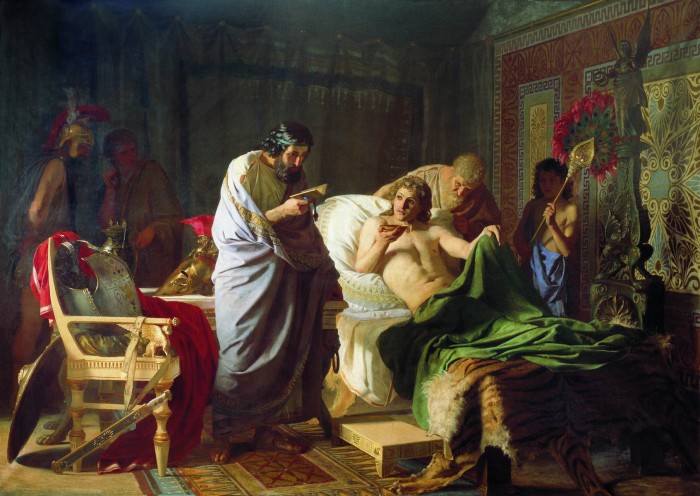 10-11 June 323 BC marked the end of an era; it was when Alexander the Great breathed his last. The aforementioned date is according to a Babylonian astronomical diary. His death and the subsequent events have been subject to various debates and mysteries.

Alexander died at the age of 32 in the palace of Nebuchadnezzar II in Babylon. Macedonians and local townspeople mourned his death and the Achaemenids shaved their heads. After hearing about Alexander’s death, the mother of Darius III Sisygambis renounced food and water eventually died a few days later.

In various historical accounts, the causes behind the death of Alexander have remained an enigma. Some say that he might have been affected by alcoholic liver disease, typhoid fever, or malaria which resulted in his death. While some claim that he might have been poisoned by any of his close ones. However, they haven’t reached a consensus to date.

1. Did Calanus Prophecy Alexander’s Death When he Said "We Shall Meet in Babylon" to Alexander? 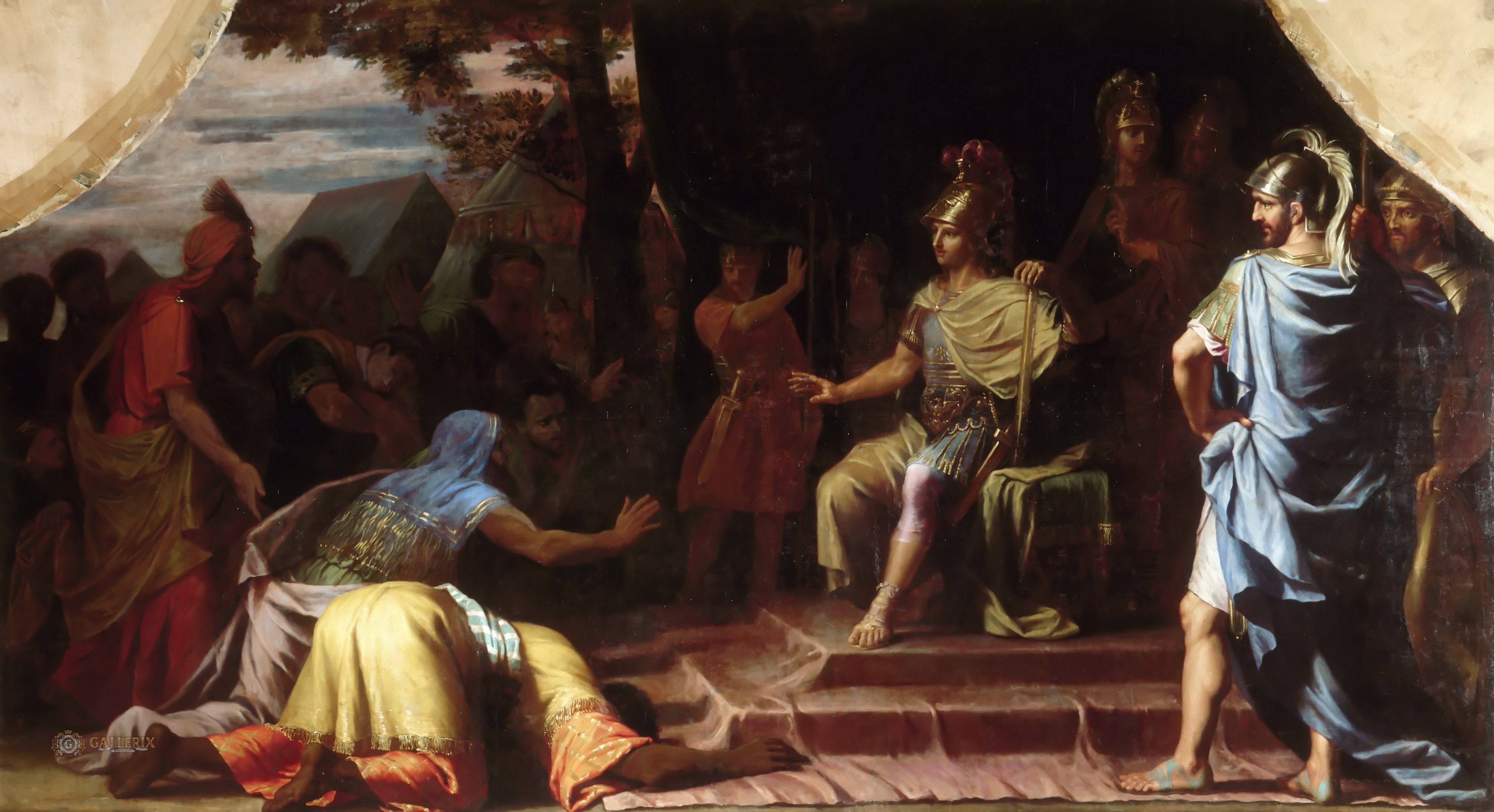 Back in 323 BC, A philosopher from Taxila and gymnosophist named Calanus accompanied the Greek army from Punjab to Persis at Alexander's request. When the exhausting itinerary and Persian weather weakened Calnus, he told Alexander that he’d rather die than live disabled and decided to commit suicide by self-immolation. Despite Alexander’s attempt to stop Calanus, he immolated himself alive on the pyre uttering "We shall meet in Babylon" to Alexander.

And this is why Calanus is said to have prophesied Alexander’s death in Babylon. When Calanus died, Alexander didn’t have any plans to go to Babylon. Nobody could decipher what Calanus intended to convey when he spoke his last words to Alexander. And Greeks realized it only after Alexander fell sick and died in Babylon.

2. It Was Also Hypothesized That Alexander's Death May Have Been Due to a Rare Congenital Scoliotic Syndrome 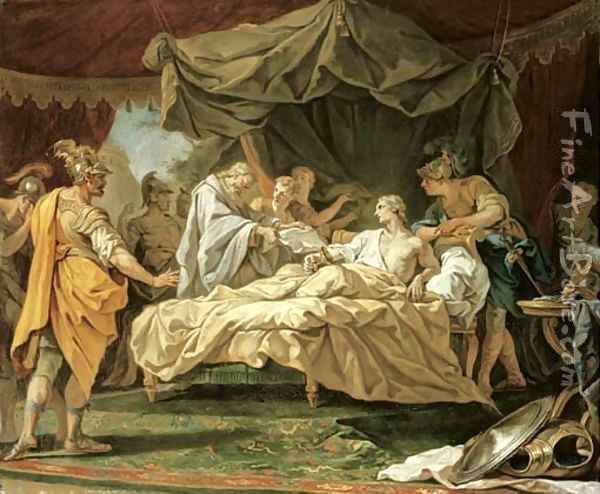 Based on the structural neck deformities and oculomotor deficits mentioned in certain accounts, a theory suggested that his death may have been due to a rare congenital scoliotic syndrome called Klippel-Feil Syndrome.

3. The Alleged Arsenic Poisoning by Alexander’s Half-Brother Ptolemy I Soter 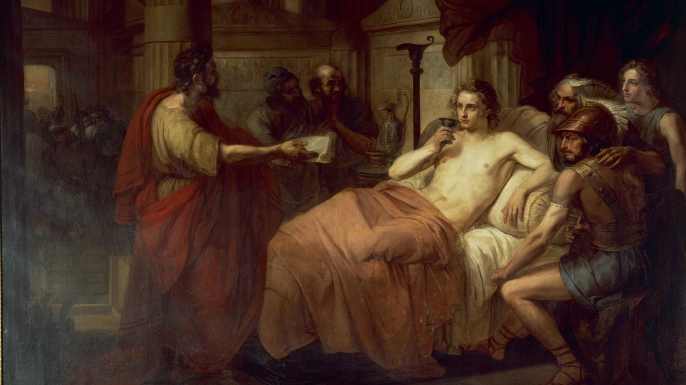 Paul C. Doherty, the author of Alexander the Great: The Death of a God, claimed in this book that Alexander’s illegitimate half-brother Ptolemy I Soter poisoned him with arsenic. One of his wives was also suspected of poisoning Alexander according to some sources.

4. According to Clinical Toxicology, Veratrum Album is the Most Plausible Cause 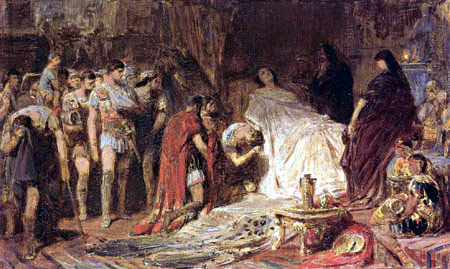 However, toxicologist Dr. Leo Schep of New Zealand National Poisons Centre disregarded arsenic poisoning and argued that he could have been poisoned by a wine made from the medicinal plant Veratrum album (white hellebore). As known to Ancient Greek, this plant produced prolonged poisoning symptoms similar to the course of events discussed in the “Alexander Romance”. The medical journal Clinical Toxicology published it and indicated that if Alexander was poisoned, Veratrum album offers a possible cause.

5. Or, Alexander May Have Died of Typhoid Fever 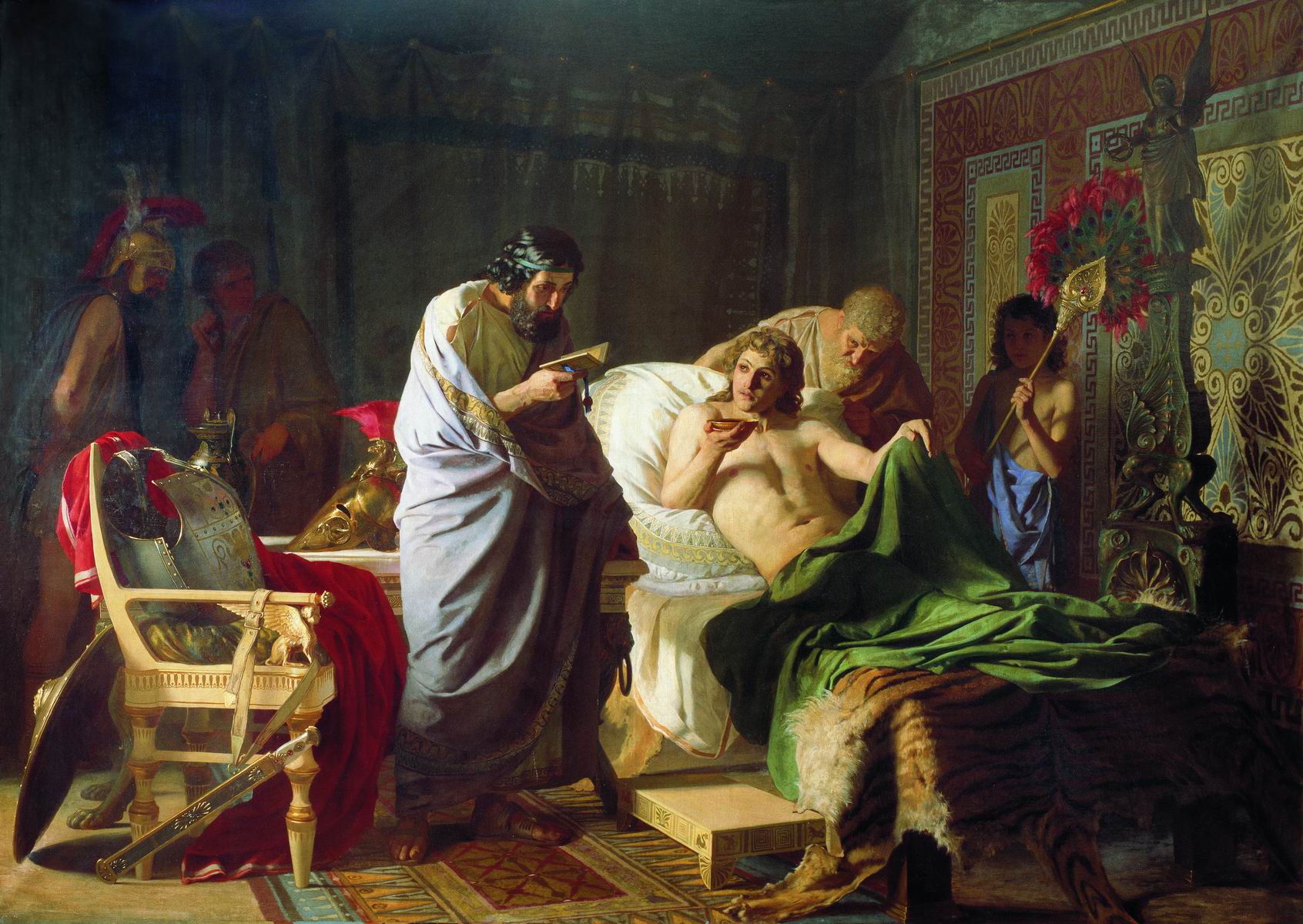 According to a 1998 report by the University of Maryland School of Medicine, Alexander supposedly died of typhoid fever. Malaria fever and typhoid fever were common in ancient Babylon. Several historical accounts have mentioned that a week before Alexander's death, he experienced typical symptoms of infectious diseases (including typhoid fever) such as chills, sweats, exhaustion, and high fever.

Does The Ghost Of Theodosia Burr Still Haunt Her House?