Norse mythology is very rich and vast, no doubt it has been the favorite subject for the filmmakers, one of the reasons why the next installment of the Marvel flick Thor will be based on Ragnarok. 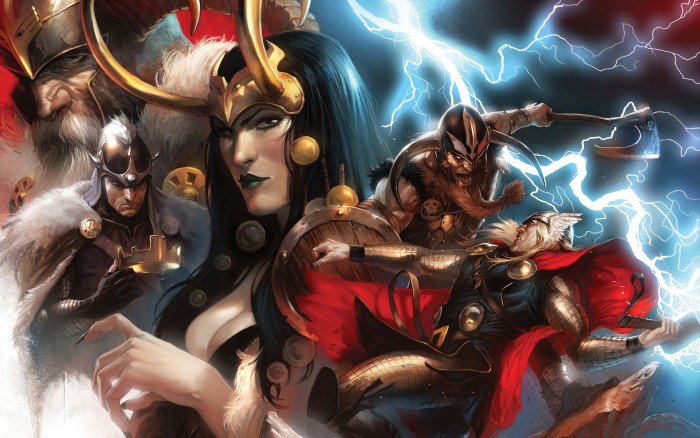 With Marvel’s one of the most anticipated movies of the year; Thor: Ragnarok, Ragnarok has been a food for thought for the Thor fans all around the world.

In Norse mythology, Ragnarök is a series of future events, including a great battle, foretold to ultimately result in the death of a number of major figures (including the gods Odin, Thor, Týr, Freyr, Heimdallr, and Loki), the occurrence of various natural disasters, and the subsequent submersion of the world in water.

Afterward, the world will resurface anew and fertile, the surviving and returning gods will meet, and the world will be repopulated by two human survivors. Ragnarök is an important event in Norse mythology and has been the subject of scholarly discourse and theory throughout the history of Germanic studies.

10) Ragnarok Means "Fate Of The Gods" 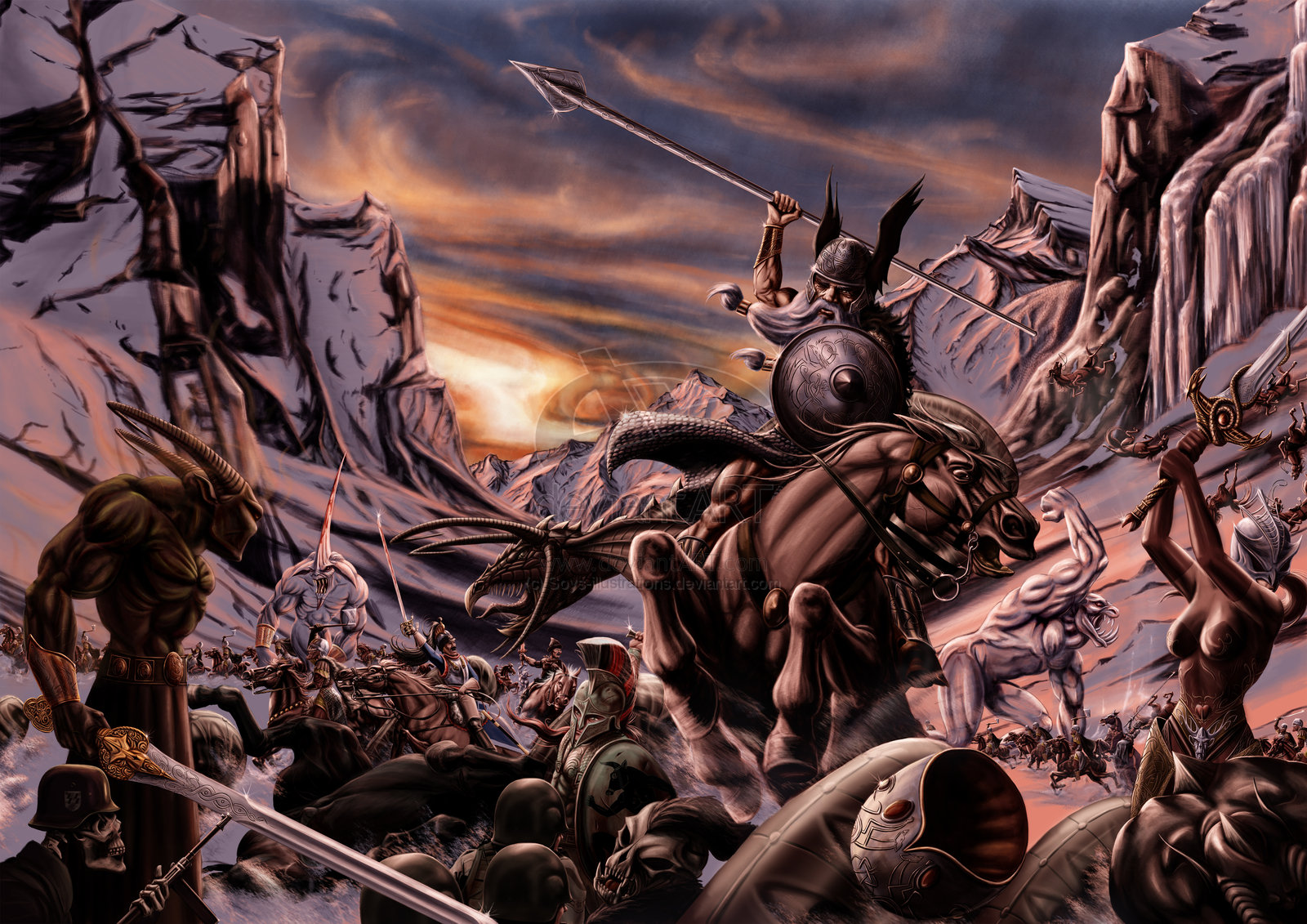 The singular form ragnarøk(k)r is found in a stanza of the Poetic Edda poem Lokasenna, and in the Prose Edda. The noun røk(k)r means "twilight" (from the verb røkkva "to grow dark"), suggesting a translation "twilight of the gods". 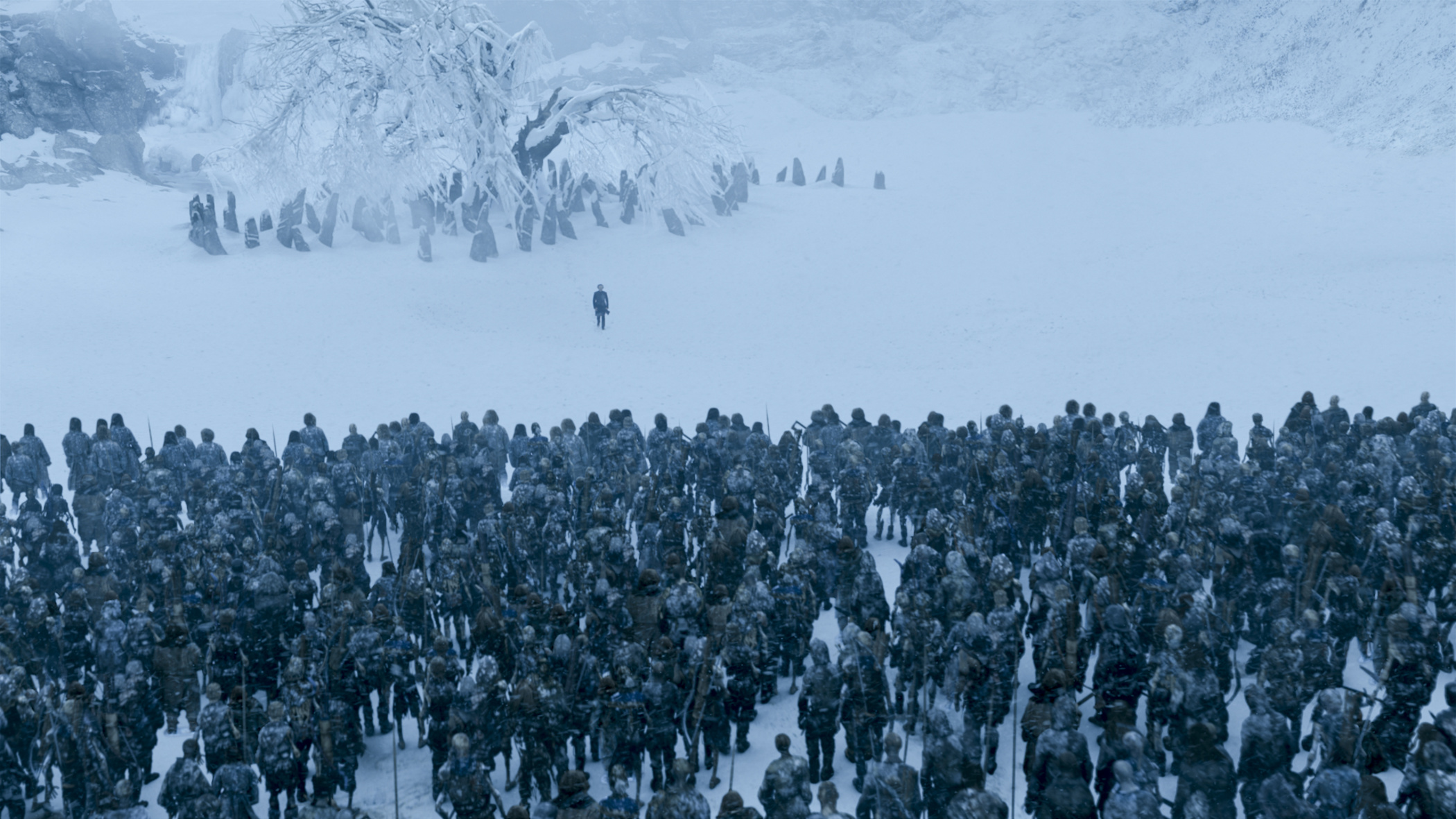 In Chapter 51, High states that the first sign of Ragnarök will be Fimbulwinter, during which time three winters will arrive without a summer, and the sun will be useless. High details that, prior to these winters, three earlier winters will have occurred, marked with great battles throughout the world. During this time, greed will cause brothers to kill brothers, and fathers and sons will suffer from the collapse of kinship bonds.

8) Three Roosters Alarm The Fate Of The Gods

In stanza 42, the jötunn herdsman Eggthér sits on a mound and cheerfully plays his harp while the crimson rooster Fjalar (Old Norse "hider, deceiver") crows in the forest Gálgviðr. The golden rooster Gullinkambi crows to the Æsir in Valhalla, and the third, unnamed soot-red rooster crows in the halls of the underworld location of Hel in stanza 43.

7) Garmr The Worst Of The Monsters, Breaks Free 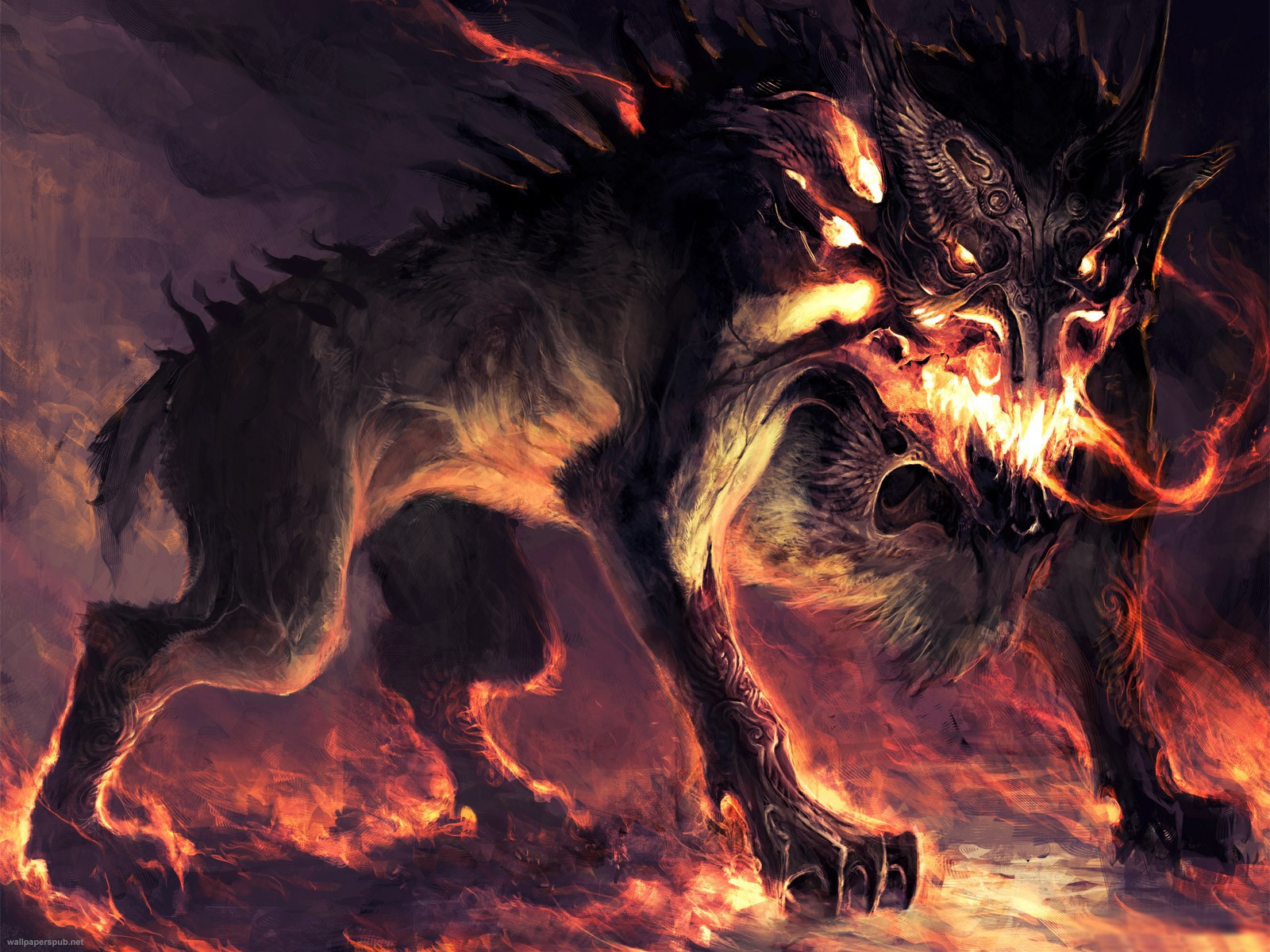 6) Heimdall Also Signs The Beginning Of The Ragnarok 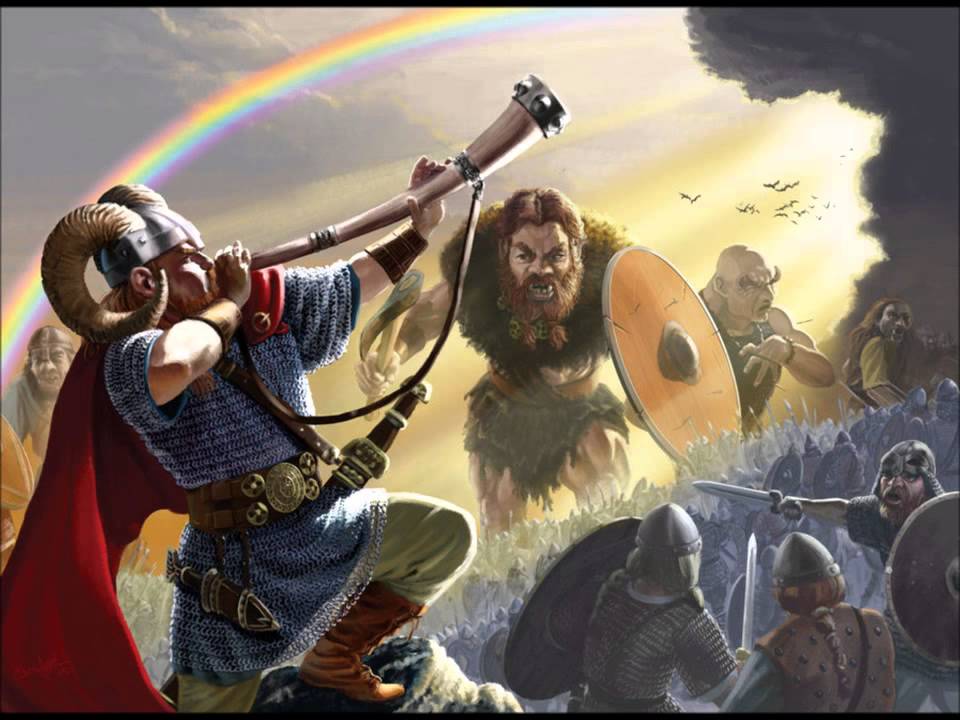 Heimdall raises the Gjallarhorn into the air and blows deeply into it, and Odin converses with Mím's head.  Heimdallr stands and blows the Gjallarhorn with all his might. The gods awaken at the sound, and they meet. Odin rides to Mímisbrunnr in search of counsel from Mímir. Yggdrasil shakes, and everything, everywhere fears.

5) Loki Breaks Free Amidst The 'Beginning Of The End'

Loki was then taken, in his regular form, to a cave. The gods then brought in Loki’s two sons and turned one into a wolf, who promptly killed his brother, strewing his entrails across the cave floor. Loki was then fastened to three rocks in the cave with the entrails of his slain son, which the gods had turned into iron chains. Skadi placed a poisonous snake on a rock above his head, where it dripped venom onto his face. But Loki’s faithful wife, Sigyn, sat by his side with a bowl that she held up to the snake’s mouth to catch the poison.

But every so often, the bowl became full, and Sigyn would have to leave her husband’s side to dispose of its contents, at which point the drops that fell onto the unrepentant god’s face would cause him to shake violently, which brought about earthquakes in Midgard, the world of humanity. And this was the lot of Loki and Sigyn until, as destined, Loki broke free from his chains at Ragnarok to assist the giants in destroying the cosmos. 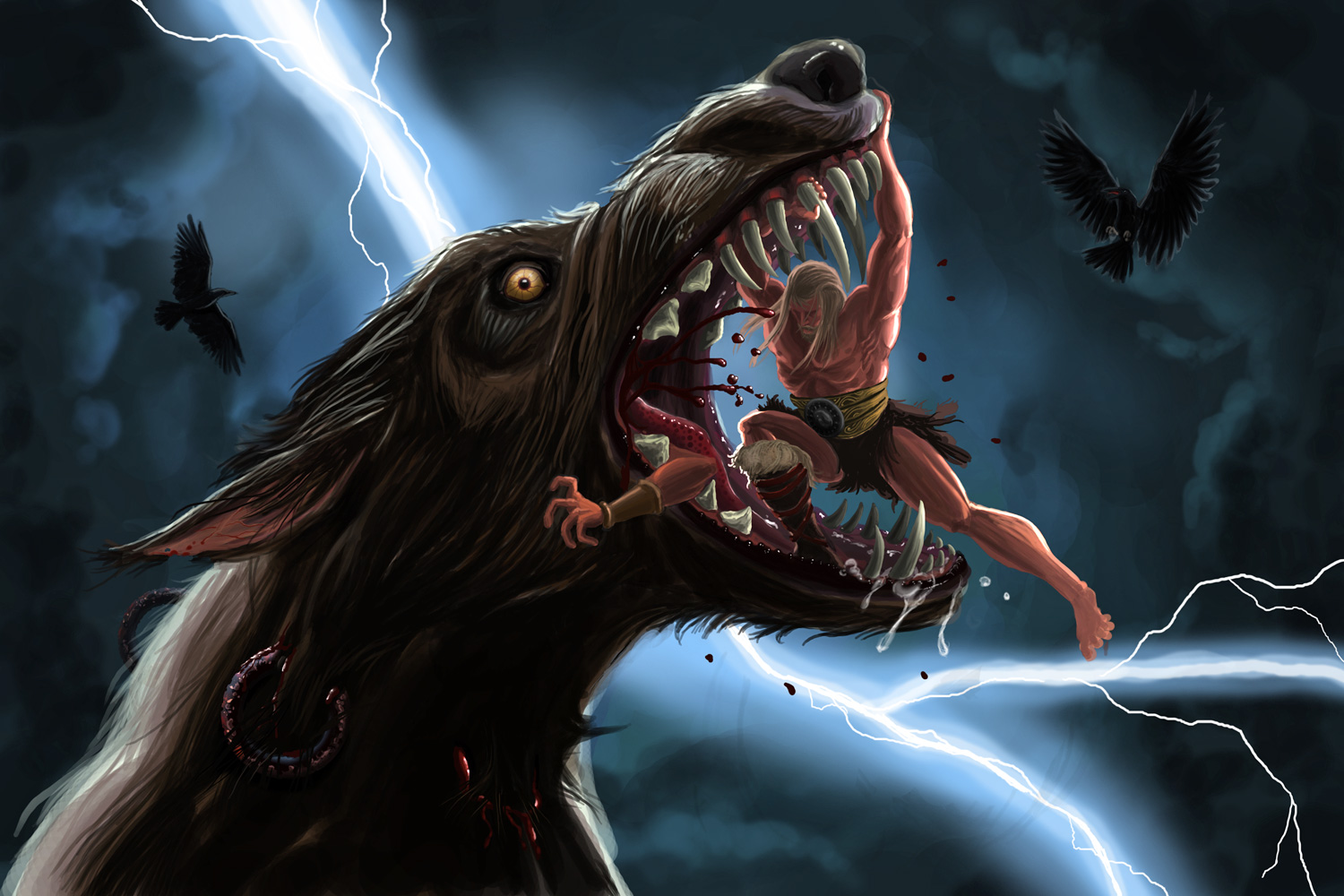 The gods then do battle with the invaders: Odin is swallowed whole and alive fighting the wolf Fenrir, causing his wife Frigg her second great sorrow (the first being the death of her son, the god Baldr). Odin's son Víðarr avenges his father by rending Fenrir's jaws apart and stabbing it in the heart with his spear, thus killing the wolf. 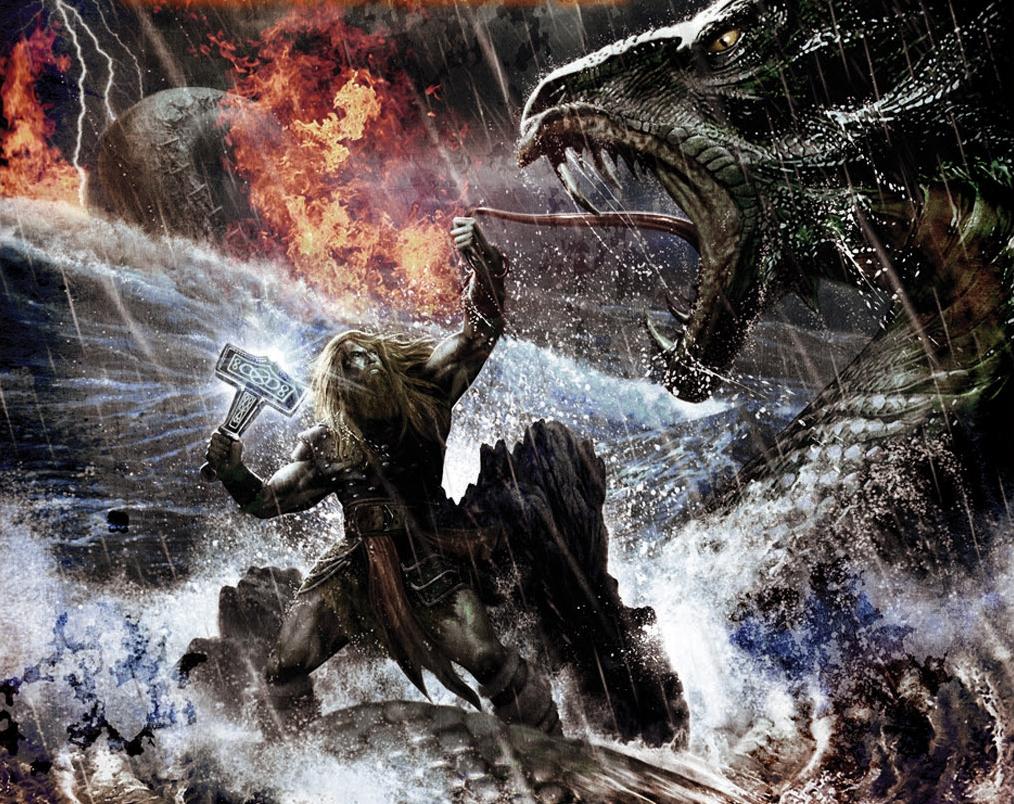 The serpent Jörmungandr opens its gaping maw, yawning widely in the air, and is met in combat by Thor. Thor, also a son of Odin and described here as protector of the earth, furiously fights the serpent, defeating it, but Thor is only able to take nine steps afterward before collapsing.

2) Loki And Heimdallr Kill Each Other In A Fierce Battle

Loki fights Heimdallr and the two kill each another. Surtr covers the earth in fire, causing the entire world to burn. High quotes stanzas 46 to 47 of Völuspá, and additionally stanza 18 of Vafþrúðnismál (the latter relating information about the battlefield Vígríðr).

1) Only Two Humans Survive The Twilight Of The Gods 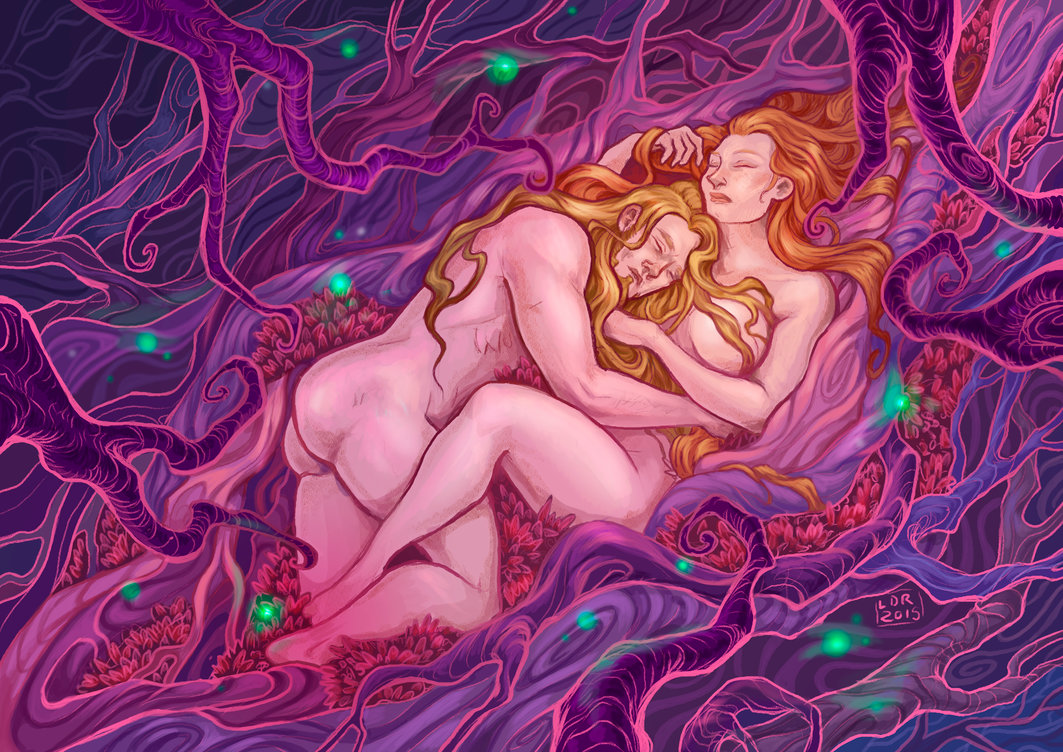 Odin poses the question to Vafþrúðnir as to who of mankind will survive the "famous" Fimbulwinter ("Mighty Winter". Vafþrúðnir responds in stanza 45 that those survivors will be Líf and Lífþrasir, and that they will hide in the forest of Hoddmímis holt, that they will consume the morning dew, and will produce generations of offspring.

In stanza 46, Odin asks what sun will come into the sky after Fenrir has consumed the sun that exists. Vafþrúðnir responds that Sól will bear a daughter before Fenrir assails her, and that after Ragnarök this daughter will continue her mother's path.