The Archaeological History Of Lake Mungo

Lake Mungo is one of the most important archaeological sites located in the south-eastern portion of Australia and sout... 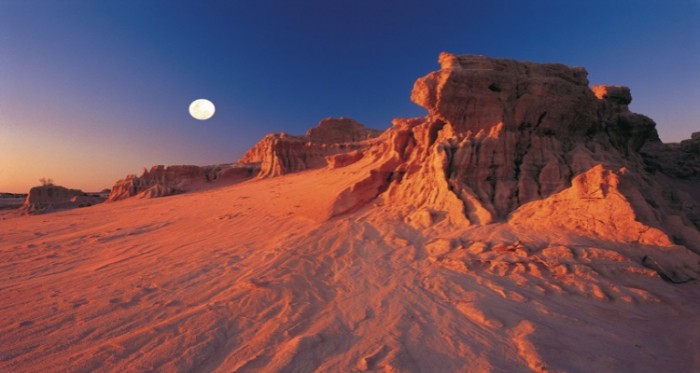 Lake Mungo is one of the most important archaeological sites located in the south-eastern portion of Australia and south-western New South Wales.  It is the central feature of Mungo National Park. Despite being a dry lake, it is one among the seventeen lakes in the Willandra Lakes Region listed in the World Heritage.

40,000 years before present, the lake was full with fishes and bird life. Today the dry heritage consists of artifacts, burial sites and remains of those living organisms. There are also evidences that the Aboriginal people lived along the shores of the lake. They were also among those first men who grinded seeds for flour.

Bones of a young adult female (Mungo Lady) were unearthed by archaeologists in 1969. Five years later, another skeleton was found. It was thought to be that of a man (Mungo Man). His age can still not be estimated but he died between 30,000 and 60,000 years ago.

Lake Mungo 1 is one of the world’s oldest cremations. It was discovered in 1969 by Jim Bowler. It is also known as also called Mungo Lady, LM1, and ANU-618. The existence of Lake Mungo 1 has been known to prevail 24,700 to 19,300 years ago. This was an early human inhabitant in the Australian continent. Mungo Lady’s remains found here are also one of the oldest anatomically modern human remains found in Australia. Her death and cremation was estimated through carbon dating. The pattern of her burn marks imply that her corpse was burned and smashed and then burnt again before covering with ochre. According to an explanation, this process is a ritual so that the dead do not return to haunt.

Today, LM1 is a locked vault at the exhibition centre of Mungo National Park. It has a double lock and can be opened with two keys.

Also known as Mungo Man, Lake Mungo III, and LM3, this was also a discovery of ANU geomorphologist Dr. Jim Bowler in February 26, 1974 in New South Wales. Shifting sand dunes exposed the remains of Mungo Man near Lake Mungo. His body was also sprinkled with red ochre. This is the earliest known example of a sophisticated and artistic burial practice.

This discovery has been significant in determining that the cultural traditions on Australian continent existed from much longer than been thought. The archaeological finds suggest that human occupation in the area dates to 50,000 years ago contrary to their previous belief that Aboriginals arrived in Australia 20,000 years ago.

Initially the determination of Mungo Man was quite difficult. However, further studies suggest that they belonged to an adult male whose height was estimated to be 6 feet 5 inches, which is unusually tall for modern Aboriginal males.

A study was conducted by Greg Adcock, a graduate from Australian National University in 1995. Mitochondrial DNA was collected from the bone fragments of Mungo Man’s skeleton. It was compared with samples taken from the Neanderthal, ancient Australian human skeletons, modern day living Australian Aborigines and other living beings. Results showed that Mungo Man’s DNA was anatomically ranged with fully modern humans but his direct maternal ancestor was different from the most recent female common ancestor which is also called the ‘Mitochondrial Eve’. However, his DNA is not entirely extinct. Today, it is found in nuclear chromosome 11 of many people.

Archaeomagnetic studies were conducted in 1972 on the prehistoric aboriginal fireplaces. These places were mostly situated along the ancient shoreline of Lake Mungo. For the purpose of these studies, magnetization was preserved in oven stones and baked hearths. As a result, axial dipole field shifted up to 120 degrees from its normal position. This event was known as geomagnetic excursion. It occurred with a very high field strength of 1 to 2×10−4 T (which is around 3.5 times higher than the earth’s current) between 30,780 and 28,140 years BP. It decreased to .2 to .3×10−4 T. Another excursion was conducted around 26,000 years BP when the field strength was .1 to .2×10−4 T. Since most of these excursions were contained in sedimentary material, it was suggested that the directional anomalies of the magnetic field at Lake Mungo were detrital or diagenetic in origin. 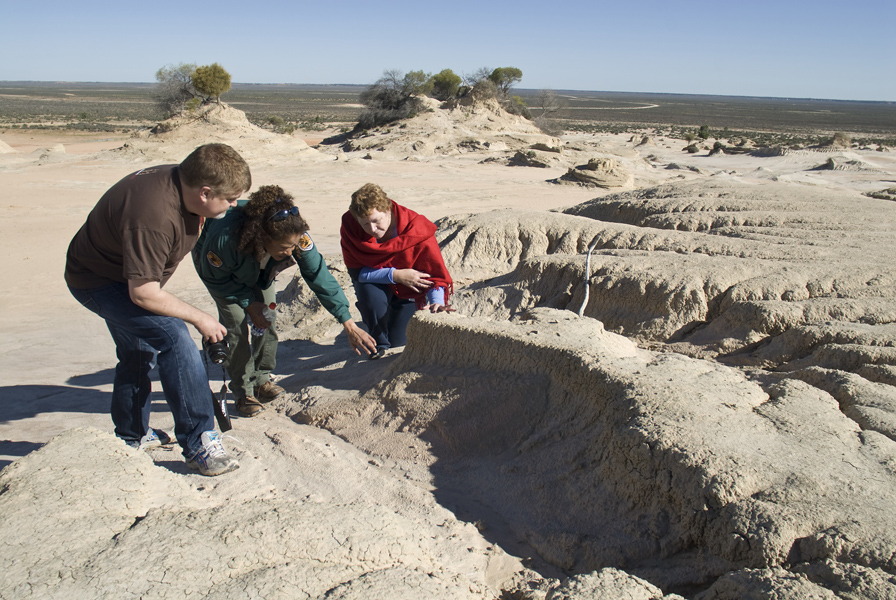 In 1988, a skeleton of a child was discovered. It is believed to be contemporary with the Mungo Man. But this investigation was blocked by 3 TTG (Three Traditional Tribal Groups) and these remains stay protected in-situ. In 2005, another adult skeleton was exposed by erosion but it was destroyed by wind and rain by late 2006. The indigenous custodians received a government grant of $735,000 after this loss for survey and improvisation of the conservation of skeletons, hearths and middens.

Mungo National Park can be visited by tourists. It can be accessed through an unsealed road. Boardwalks have been installed in all the way through sand dunes. Visitors can step off from these boardwalks only when accompanied by Aboriginal guide.

In 2014, an experiment was conducted by La Trobe University. Fake bones had been buried in the whole area. Within two weeks, these artificial bones disappeared. 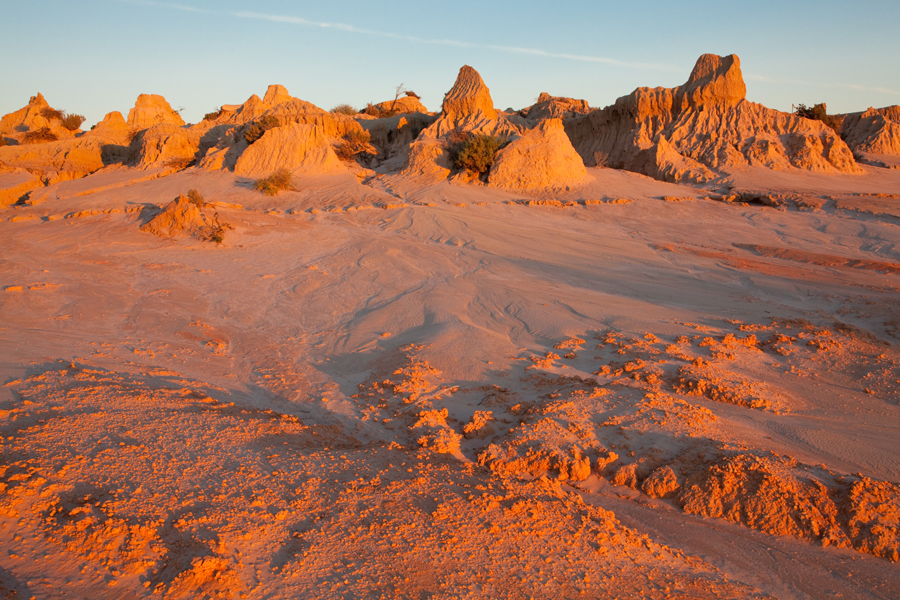 Today, Mungo landscape is low relief and subdued. Even the spectacular Walls of China and sand dunes are on small scale. The Mungo environment that we see today is a result of centuries of complex natural forces. The modern landscape with its plants and animals exists in time. It is bound to change.

Plants and animals have evolved from species that existed long before. Changes might occur but their evidences can be found in lunettes, lake beds, dunes and sentiments. Humans have also influenced Mungo through the landscape, vegetation and wildlife.

Mungo National Park holds most importance for its environmental and human histories but it also safeguards the samples of surviving landforms, flora and fauna of Murray Basin’s mallee plains.

Discovery Of The Lost City In Grand Canyon