According to Greek mythology, Thetis is a sea nymph, better known as the goddess of the sea. She is the daughter of Nereus and ... 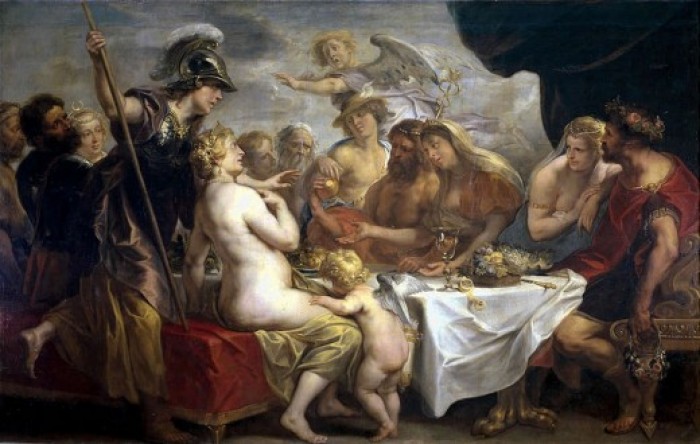 According to Greek mythology, Thetis is a sea nymph, better known as the goddess of the sea. She is the daughter of Nereus and Doris and granddaughter of Tethys. She is one of the fifty Nereids (daughters of the ancient sea god Nereus) and is regarded as a leader of Nereids.

Some sources (whose records are no longer found) consider her to be one of the oldest deities of Ancient Greece. However, there is one written record that recognizes her as the architect of the universe. Historical authors like Pausanias have written about the worship of Thetis.

The marriage of Thetis and Peleus is one of the resulting events of Trojan war cycle that also led to the birth of Achilles.

Thetis As The Goddess & Achilles’ Mother 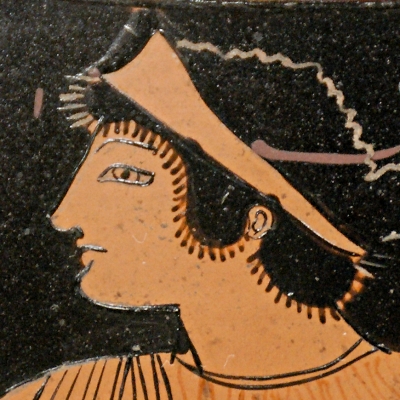 Most of the records about Thetis that are still into existence talk about her role as the Achilles’ mother, but there is some record that describes her as a sea goddess who played a pivotal role in the religious beliefs and practices of Archaic Greece.

Her name was coined from premodern etymology tithemi (τίθημι) which means "to set up, establish". This demonstrates about her former political role.

In Homer’s Iliad, Achilles recalls her mother’s role in protecting and legalizing the rule of Zeus against the emerging defiance by three three Olympians. A Greek epic poet Quintus of Smyrna even writes that Thetis once saved Zeus from the chains. 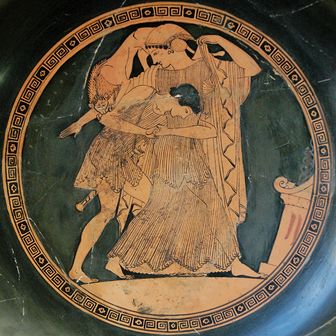 When Zeus received a prophecy from Themis that the son of Thetis would become greater than his father, just like Zeus had removed his father from the power to lead the succeeding pantheon. Zeus and his brother Poseidon made arrangements for Thetis to marry Peleus, a human who could be a mortal father to her subsequent child which she refused.

A sea deity Proteus gave advice to Peleus and helped him win her heart and so they got married. Thetis became Achilles’ mother who went on to was throned as the king of Myrmidons.

The classical mythology describes their wedding celebration. According to the mythology, the deities attended their wedding and celebrated with feasting on Mount Pelion, outside the Chiron’s cave.

The later classical myths mention about the magic spell she cast on Achilles so as to burn off his mortality in the hall fire. She anointed him with ambrosia in the daytime. Seeing this, Peleus cried out and took Achilles away from her leaving her crying on the ground. Then she angrily left from there, jumped into the sea and never came back again.

According to a different myth, Thetis tried making her child Achilles insusceptible by immersing him in the rivers of Hades. But the heel by which she held him wasn’t touched by the river and failed to be guarded. Homer doesn’t mention this weakness of Achilles in Iliad in the story of Achilles in the Trojan War.

Thetis As The Succorer Of Other Gods 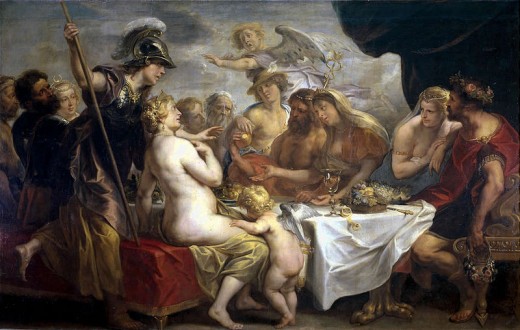 Zeus and Poseidon pursued Thetis, however, she got married to Peleus due to the fears of a prophecy they received which said that Thetis’ son would become greater than his father. Hence, she was regarded as one to possess cosmic powers.

When the Greek God Hephaestus was hurled out of Olympus, Thetis and Eurynome took care of him on the Lemnos, a volcanic island.

Thetis may not have succeeded in safeguarding and nurturing her hero, but she did succeed in comforting other deities as is described in three episodes of Homer’s Iliad. One was when she rescued Zeus (1.396ff) and second was when she helped Hephaestus (18.369). The third was when Lycurgus threw Dionysus out with the help of Olympians, Thetis gave him a hideout in a bed of seaweed in the Erythraean Sea (6.123ff).

The above incidents from Iliad demonstrate that Thetis has "a divine past—uninvolved with human events—with a level of divine invulnerability extraordinary by Olympian standards. Where within the framework of the Iliad the ultimate recourse is to Zeus for protection, here the poem seems to point to an alternative structure of cosmic relations".

Thetis Worship In Laconia & Other Places 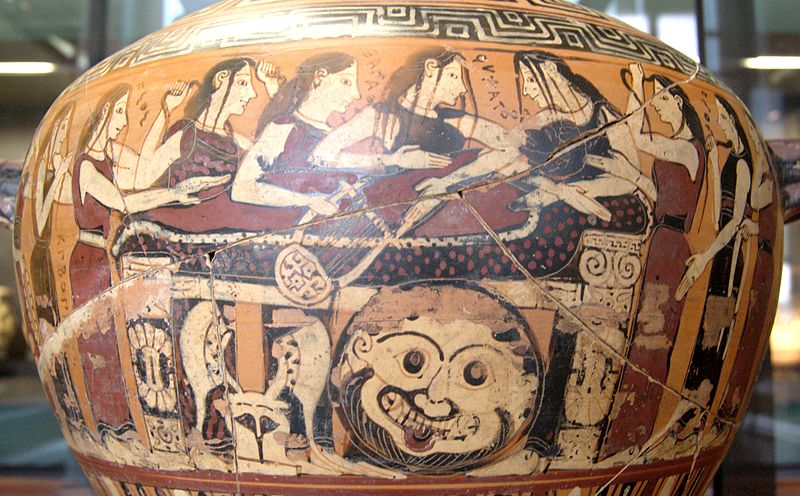 An exceptional case was noted where Thetis was not regarded as the goddess by a cult in conservative Laconia. In Laconia, Pausanias were informed that there were priestesses of Thetis in ancient times when a cult revolved around a wooden cult image of Thetis (a xoanon). It came before the building of the oldest temple; by the involvement of a highly placed woman. The cult of Thetis was reformed with the construction of a temple. In the 2nd century AD,  she was still worshipped with great admiration.

Metis & Thetis are assumed to have a close link. Metis is another shape-shifting sea power who was a lover of Zeus and received a prophecy (similar to Thetis) that she would have a son whose power will be greater than his father.