Iron Bridge, the world's first bridge made of iron, significantly influenced the Industrial Revolution and future developments in the fields of technology & architecture. 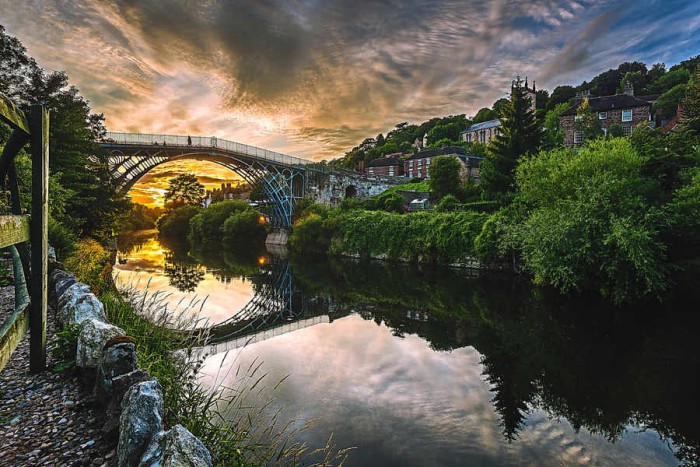 Located in Shropshire, England, the bridge at Ironbridge is the world’s first bridge to have ever been made out of cast iron. In the remarkable wooden gorge, it crosses the River Severn. A part of the UNESCO World Heritage Site since 1986, the Iron Bridge was completed in 1779 and opened in 1781 but remained closed to vehicular traffic until 1801.

Standing as an iconic feature of Britain’s industrial past, it was highly admired post-construction for its use of new material and remains significant until today. In 1934, it was classified as a Scheduled Ancient Monument and shut to traffic. Until 1950, the tolls were collected from pedestrians after which the bridge’s ownership was transferred to Shropshire County Council.

Currently, it belongs to Telford and Wrekin Borough Council. The bridge happens to be a Grade I listed building and a waypoint on the South Telford Heritage Trail.

It Marked the Dawn of the Industrial Revolution 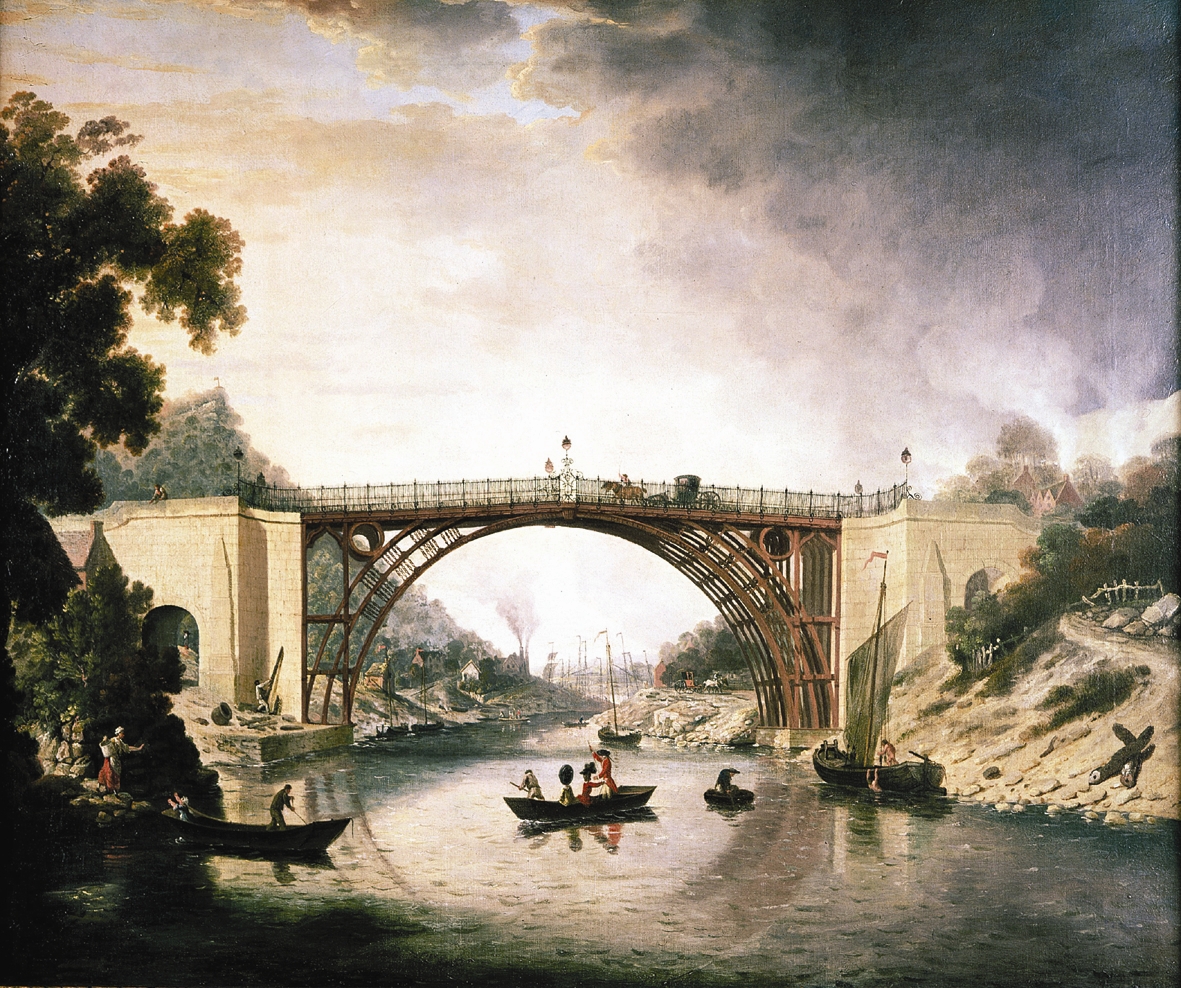 The first iron bridge in the world came into being when Britain was undergoing tremendous change and that was the dawn of the Industrial Revolution. The new technologies were emerging and the country’s rural landscape was transforming into an industrial one.

Back in 1709, in the Shropshire village of Coalbrookdale, Abraham Darby introduced an innovative way of iron smelting. By using coke made from local coal instead of charcoal for fueling furnaces, mass production of cast iron became economically viable. Through this path-breaking innovation in iron production, Britain’s iron trade soared and the local industry began thriving. 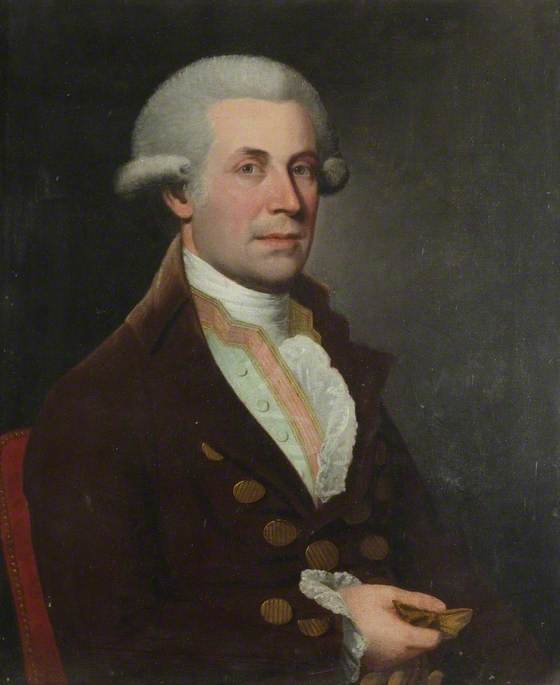 With the proliferation of industry around the Ironbridge gorge, the need for a robust bridge for transporting goods across the river also grew. In 1773, an architect from Shrewsbury named Thomas Farnolls Pritchard came up with a bold idea. Pritchard integrated engineering expertise and novel iron-casting methods and proposed the world’s first iron bridge. This bridge would serve the purpose of connecting the parishes of Madley and Benthall having one of the busiest rivers in the country. 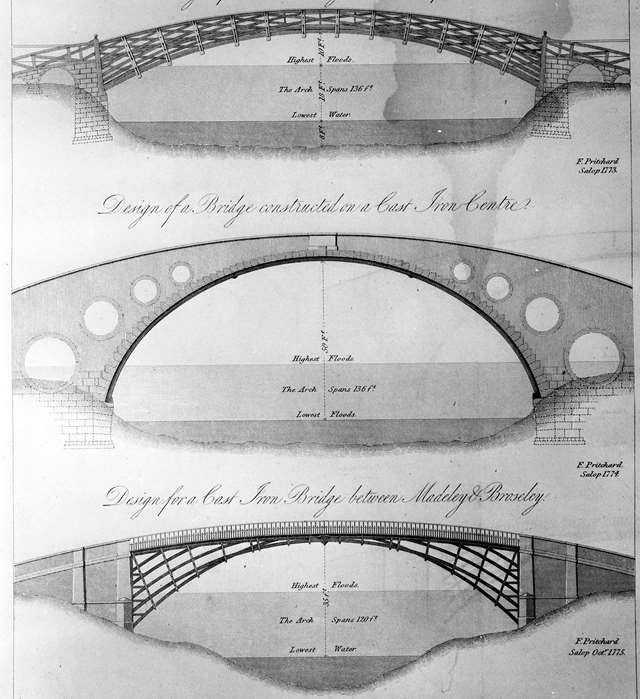 Even though Darby commissioned several paintings and engravings of the finished bridge, not much was known for more than 200 years about how Darby managed to build this 400-tons structure.

However, in 1997, a small watercolour sketch by Elias Martin illustrating the bridge construction was found in a Stockholm museum. Darby’s accounts suggest using scaffold poles, timber and ropes at the time of construction. While Martin’s painting depicts a wooden framework used for raising the half-ribs from the deck of a vessel.

A research also suggested that 70% of the bridge components, including all the large castings, were made separately to fit and all of them are thus different from one another. Darby’s workers used carpentry techniques of carpentry such as dovetail and shouldered joints to adapt them for cast iron.

Its Impact on the Future of Bridge Design & Engineering 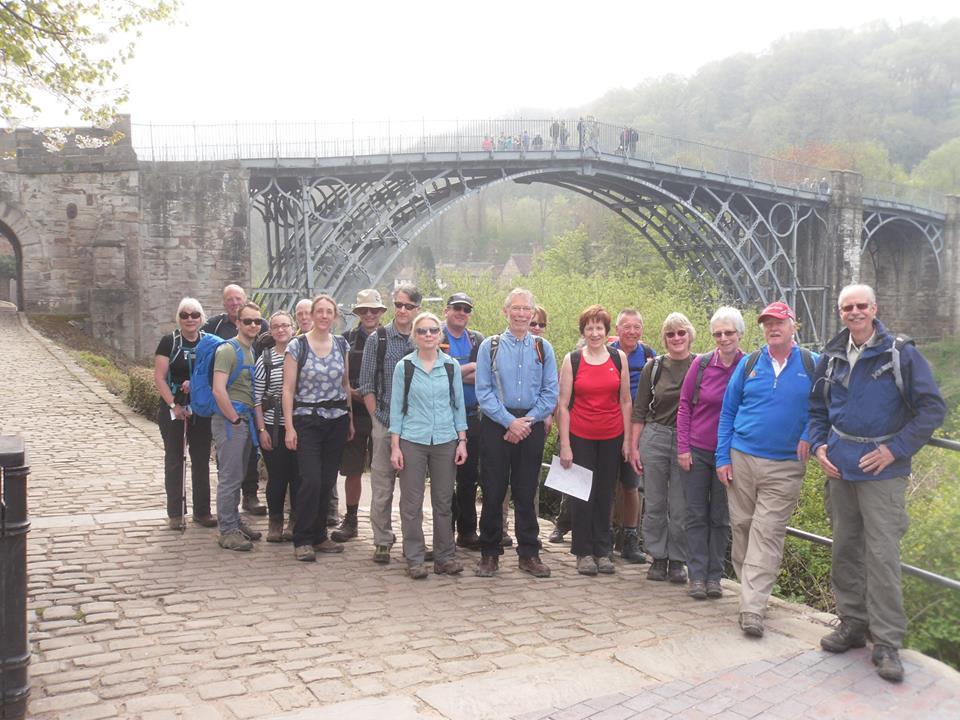 The artists, writers, and visitors marveled at its beauty of scale and artistry. The bridge turned into a center of commerce and a town called Ironbridge developed around it.

Moreover, this innovative and first-of-its-kind structure also became an inspiration for the future of bridge design and engineering. Due to its great strength, it survived the great flood of 1795 and motivated builders and engineers to build their own iron structures. (8.2)

10 Facts About King Tut That You Might Not Know