Tao Porchon-Lynch: The Oldest Yoga Master in the World

An inspiration for all young and old, Tao Porchon-Lynch was a much-loved French-Indian author, competitive dancer & world’s oldest yoga teacher. Know more about her here. 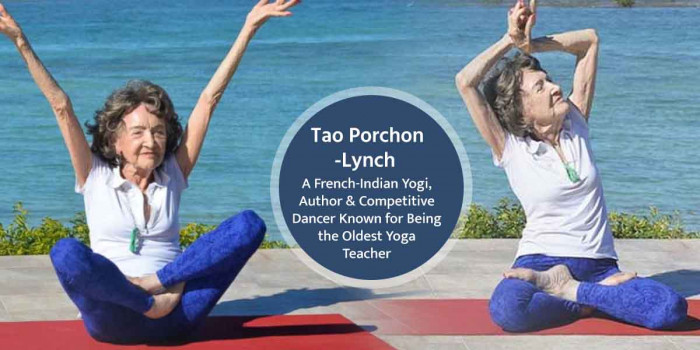 Age is no barrier if you have the will to live life to the fullest! And who better than Tao Porchon-Lynch could be a more fitting example of this! A true inspiration for people of all ages, she was known worldwide for being the world’s oldest yoga teacher.

Born in 1918, Tao was a yogi, an award-winning author, activist & competitive dancer. She would conduct a weekly yoga class in New York and also led various yoga programs across the globe.

Let's here know more about her versatile talents and illustrious life that spanned over a century.

Tao Felt an Inclination Towards Yoga at a Very Tender Age

When she was 8-year-old, she discovered yoga when she saw a group of young yoga practitioners on a beach in the then French India, Pondicherry. It left her intrigued about yoga and once told Guinness World Records-

"I wanted to do the amazing things that they were doing with their bodies."

She didn't pay her to her aunt's advice, who believed that yoga was predominantly for men. She thus began practicing yoga and eventually decided to pursue it and studied it with various prominent yogis like Sri Aurobindo, Indra Devi, and BKS Iyengar. Though, she took it up as a profession in the later years of her life.

It was in 1967 when she decided to become a full-time yogi. Jack LaLanne was the first to appoint her as a yoga teacher. In 1976, she became one of the founders of the Yoga Teachers Alliance, which is now known as the Yoga Teachers Association.

And then, in 1982, she established the Westchester Institute of Yoga in New York, which now hosts students from across the world. In 1995, along with Indra Devi, she visited Israel to attend the Yoga for Peace International Peace Conference. She was also one of B. K. S. Iyengar's disciples in yoga and reportedly his first foreign student.

Tao embraced her age and once said this about yoga being an essential part of her life,

"I'm going to teach yoga until I can't breathe anymore."

For the first time in 2012, Guinness World Records recognized Porchon-Lynch as the world's oldest yoga instructor at the age of 93, with the former record-holder being then-91-year-old Berniece Bates from Florida.

In 2013, she collaborated with Tara Stiles and released a DVD on yoga titled 'Yoga with Tao Porchon-Lynch.'

What She Did Before Becoming the Oldest Yoga Instructor?

Before becoming a yoga influencer, she worked in the fashion industry. During her 75 years of professional life, she was a couture model, actress, film producer, international film distributor, TV executive, publisher & Co-Founder of the American Wine Society.

She was a successful model and won many titles, including Best Legs in Europe. She went places for her modeling assignments like Paris and other cities across the world. During World War II, she came to London and became a cabaret performer. After the war got over, she came back to the US and worked as an actress in several Hollywood motion pictures. She would also offer free yoga sessions to fellow actors and actresses.

As a competitive dancer, she won many first-place titles, especially in ballroom dancing. She also featured on Season 10 of America's Got Talent back in 2015.

In 1967, Tao helped set up the American Wine Society (AWS) and became the Vice-President of the AWS in Southern New York. She also frequently judged different wine competitions. She later also became the publisher & editor-in-chief of the wine appreciation magazine, The Beverage Communicator. Along with her fellow yoga practitioners, she hosted annual wine appreciation trips to France.

Also, she was an award-winning author. She penned three books, including her autobiography, Dancing Light: The Spiritual Side of Being Through the Eyes of a Modern Yoga Master. For this, she won a 2016 IPPY Award and three 2016 International Book Awards.

Her second book in 2015, titled Reflections: The Yogic Journey of Life, is about meditation. And her third book came in 2017 with the title Shining Bright: Quotes and Images to Inspire Optimism, Gratitude, and Belief in Your Limitless Potential. 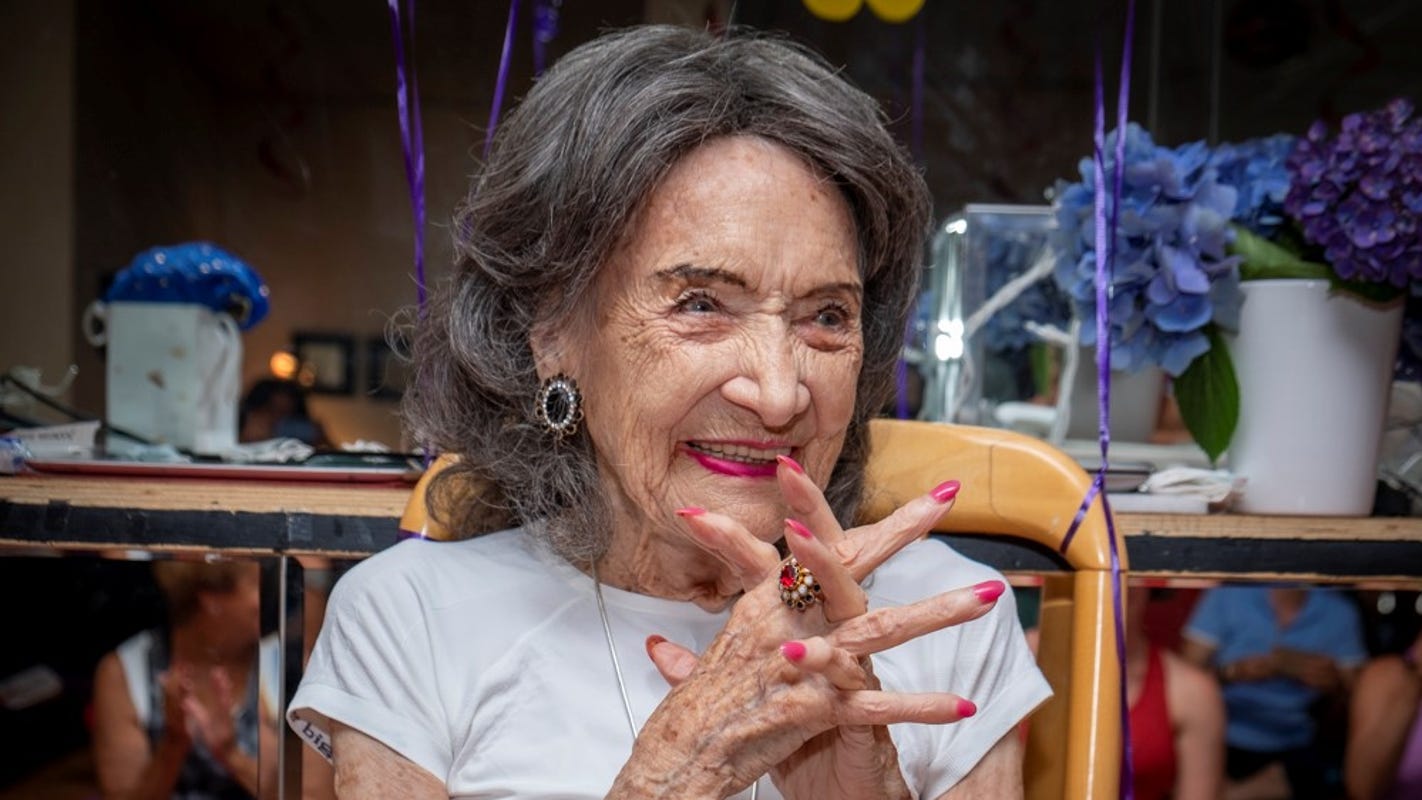 During an interview with ABC World News back in 2015, Tao was called the "Real-Life Forrest Gump" as she witnessed and took part in several historical events over almost a century. In her autobiography, she even threw light on the personal encounters with various notable personalities throughout her life.

During her youth, Tao met the Indian anti-colonial nationalist & political ethicist Mahatma Gandhi, who was her uncle's close acquaintance. She even marched with him on two different occasions. Besides, she took part in demonstrations with General Charles de Gaulle and Martin Luther King, Jr.

In 2016, Tao was felicitated with the Women's Entrepreneurship Day Pioneer Award at the United Nations, recognizing her achievements in the sports world. Also, she received India's highly prestigious award Padma Shri in 2019 for her extraordinary contribution to the field of Yoga.

OMG!! You Have To Watch This Video Of Accidents