You won’t believe it, but this boy Arjun Santhosh from Kerala swims around 3 km a day to reach his school. Would you do this to reach school? 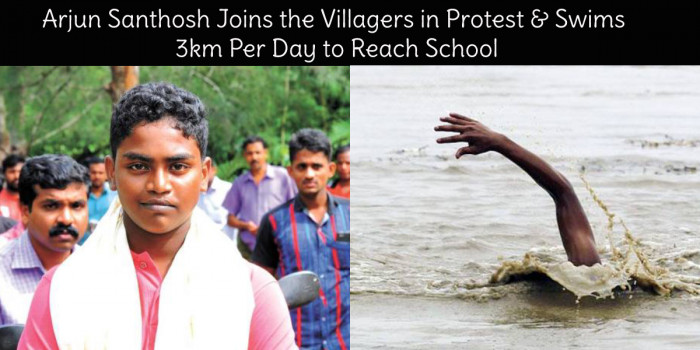 How many of you enjoy going to school? Not many when it comes to studies. For fun, school is the best place. You make friends, tease teachers, and do many things that become a memory for a lifetime.

Yes, you read it right! He lives in Perumbalam, an island in Kerela’s Alappuzha district, and leaves home early morning like any other student. But he doesn’t have any convenience to go, so he swims daily and reaches his school. 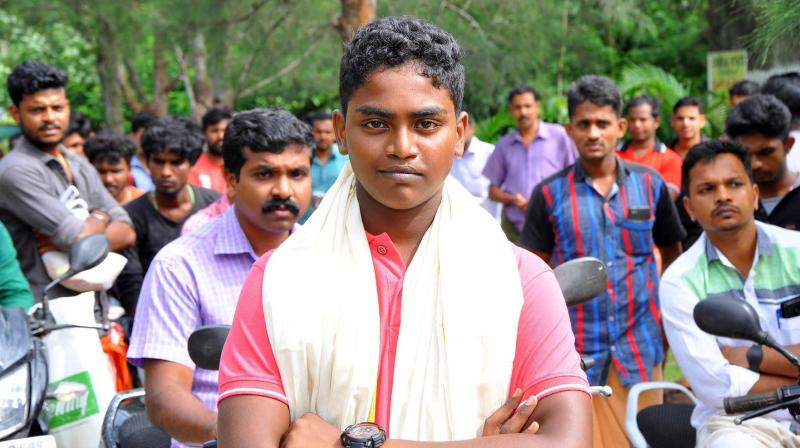 While other students wait for a boat, Arjun Santhosh wears swimsuit and goggles and swims to his school in Poothotta.

“Usually, boats are late and I get punished at school for being late. Some boats are very small. And there are too many people. It is a cause of worry.”

He swims daily for his villagers. The villagers demanded a 700 m bridge in their village, and their demand was not met by the government. It takes around 1-1.5 hours to reach the mainland. The village has six boats on service by the state water transport department. But only two boats are on time.

He protested for ten days for authorities to see the villager’s concern again, but they didn’t get any response. Instead, they sent him a notice to withdraw from the protest.

“He is minor and it is dangerous to swim in this season. If something tragic happens, we would be held responsible for not stopping him. Hence we decided to send him a notice."

Arjun agreed to stop the protest, but he also told them, if they would not construct the bridge, he will continue to swim like this to reach school.

“I chose a different kind of protest as there were no takers for the conventional protests conducted by the villagers in the past. We need the bridge at any cost, and if it doesn’t become a reality, I will start a second round.”

It is heartbreaking to see why authorities sent him a notice. The reason they gave is they would be blamed if anything happened to him.

Government Agreed to Construct a Bridge for Villagers

Government Agreed to Construct a Bridge for Villagers 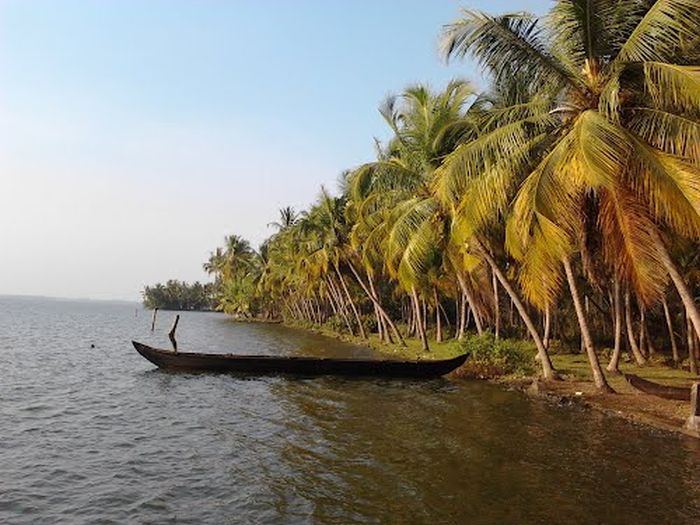 Earlier, people complained that they had to leave the village and travel 3km to reach the mainland. They traveled via ferry to reach their destination. The villagers requested the government to construct a bridge for them, but the authorities denied and left them with the ferry option.

Also, a ferry takes over an hour to reach the mainland, but if the bridge is constructed, then it would save time. In monsoons, it is not easy to travel on the ferry. Earlier, 50 people who met with an accident, died as they didn’t get medical treatment on time.

Villagers struggle a lot for their life. While some don’t have food to eat, others do not have any convenience to reach some point. Furthermore, the condition of schools in villages is miserable. They don’t have proper facilities, infrastructure, and other basic things required in a school. It is sad to hear about the villagers being exploited by the authorities.

But this boy proved that education is a necessity and could accept any challenge for it. Also, this 25 year-long battle came to an end after Arjun Santhosh joined the protest, and the government decided to construct a bridge for the villagers. Arjun was then invited by The Laxmibai National College of Physical Education (LNCPE), Kariavottam, to join the academy.

“He will join MV HSS, Kariavattom, and will begin training at the academy soon. The principal invited Arjun to the academy after coming to know of the swimming agitation.”

Do you know anyone who protested differently and helped the villagers in living a normal life?