The Story of the Youngest Headmaster in the World ‘Babar Ali’

Babar Ali is an Indian teacher from Murshidabad, who is dubbed as the youngest headmaster in the world. He is dedicatedly working towards educating the children. 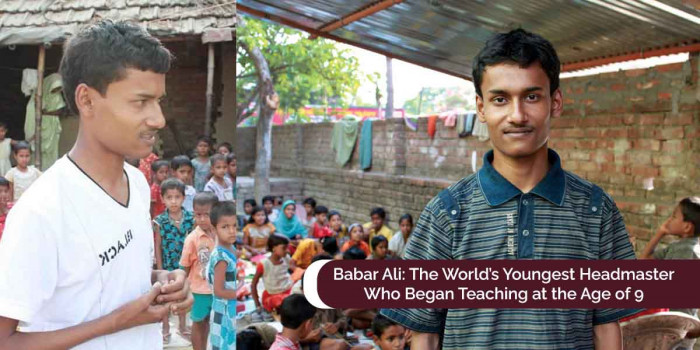 Education is the fourth most important basic human necessity besides food, shelter, and clothing. A dearth of educational resources and awareness of modern educational practices, traditional and obsolete education systems & inadequately skilled educators & instructors are some of the loopholes of global and local education. Whether it’s a developed, developing, or underdeveloped nation, the children belonging to the underprivileged section of the society are the worst affected.

And when the system fails to deliver, an individual or a community needs to take the initiative and make efforts to bring about the change. One such example is Babar Ali, a young boy from a small village named Bhabta in Murshidabad district of West Bengal, who understood the importance of education and wanted to improve the lives of his younger sister and fellow friends who were not privileged enough to go to school. His first-ever student was his sister.

Let’s read the inspiring story of this world’s youngest headmaster and also about his achievements so far. 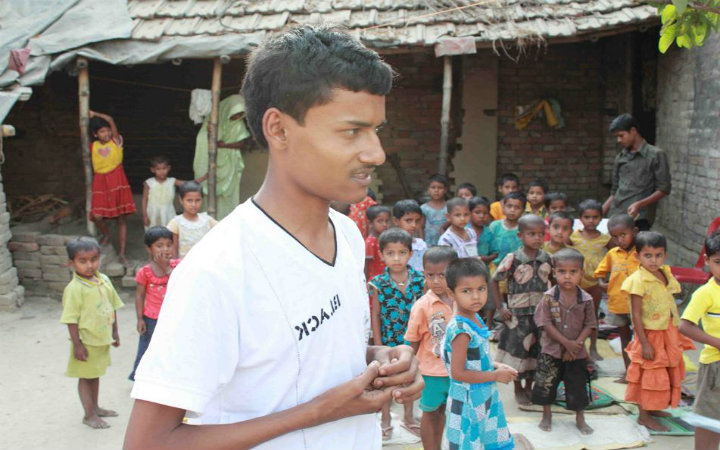 At the age of nine, Babar once saw a few children working on the fields with their parents and not going to school. He saw the same scenario the next day too. Concerned about these kids’ future, he began teaching them in his home backyard under a guava tree with the available resources like terracotta tile as a blackboard, backdated newspapers as reading books, broken chalks, and pieces of bricks as writing material.

Word spread fast, and people took his work seriously. The popularity of his rustic school started increasing. He also got help from a raddiwala, who gave him old books and half-written notebooks. He once said-

“Sometimes, I would not even have lunch, I would just come back from school and directly start teaching them.”

Eventually, he started teaching as a game or pastime into a passion. He pursued his graduation from Berhampur Krishnath College (under Kalyani University) in BA Honours (English) and completed his M.A. in English Literature.

Inspired by Swami Vivekananda’s principles and teachings, he planned to open a school in his parent’s backyard. With the donations he got for his school, he purchased a wasteland near his house and began its construction. With a total of ten-people staff and a class 5th student himself, his school named Anand Siksha Niketan - The Home of Joyful Learning started with only eight students and now has more than 800 students. Also, six of his students have joined his school as teachers.

Babar would sometimes collect flowers from nearby houses to decorate the school and also organize dance and singing competitions. He even bought the students sweets from his pocket money to ensure their regular attendance at school. Looking at his determination, the local Pradhan of the village sent an application to the block development officer, seeking books and other school supplies.

As his school is tuition-free, the poor children in this economically-deprived area of Murshidabad could go to school and get free education. It is helping increase the literacy rate of the region. As there wasn’t any good private or government school in Murshidabad, children would come walking up to 4km from nearby villages to attend classes. 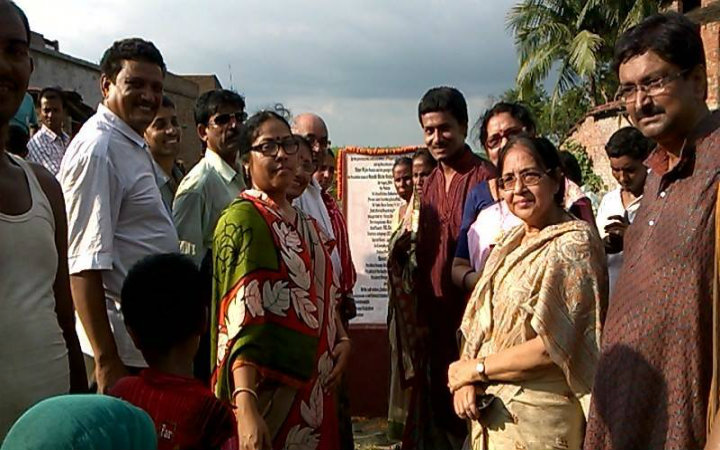 Babar Ali and his accomplishments are like the sun that shines no matter how many clouds try to cover it. He became recognized by CNN IBN and got the Real Hero Award, which gave him popularity, and he was offered basic help by the government. In October 2009, at the mere age of 16, the BBC (British Broadcasting Corporation) honored with the title of “The Youngest Headmaster In The World.”

Besides, he also won ‘Indian of the Year’ award by NDTV, Literacy Hero Award by Rotary India Literacy Mission, and also featured in FORBES ASIA’s ‘30 under 30’ list as a ‘SOCIAL ENTREPRENEUR.’ The International Literacy Association recognized him as the Literacy hero, and he appeared under their 30 under 30 list.

Moreover, his story has been included as a part of various school curriculums such as Class 10th CBSE English textbook, PUC English textbook for Karnataka government, and one curriculum in Europe’s Luxembourg. In July 2012, he featured in a special episode of Bollywood actor Aamir Khan’s TV show ‘Satyamev Jayate.’

Babar has been invited to various national and international conferences as a guest speaker, including TED, INK Talks, and others.

Watch Him Speak at TEDx Talks at BITS Hyderabad:

As youth is the future of any country, we must empower them with the necessary resources, right knowledge and skills, and quality education. And drawing inspiration from the life of Babar Ali, we should all look for ways to spread awareness, make efforts in the direction of enhancing education standards, and impact as many children’s lives as we can.

Apart from the 27-year-old Babar Ali, Malala Yousafzai and Greta Thunberg are among the well-known young activists who are working diligently and taking strong steps to make the world a better place.

Do you know someone who’s young and is working passionately in the field of education for a better future? Do share their inspiring story in the comment section below!