Pooja Bishnoi is the first little girl in Asia with six-pack abs and is a U-10 World record holder. Read her full story here and now! 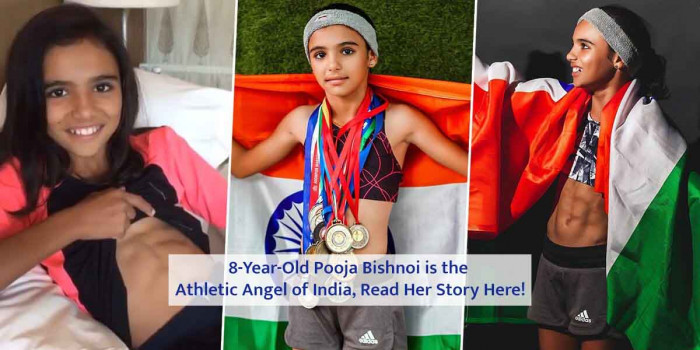 If I ask what you used to do when you were 8, or what a normal kid does when they are eight, then there is no special or big huge answer for this. Right! Maybe you want to say that an 8-year-old would study in a school, go for hobby classes, or play with friends.

But, have you ever imagined an 8-year-old setting records competing in an international marathon or having six-pack abs? Not normal right? But this 8-year-old Indian girl broke that stereotype in the most amazing way. 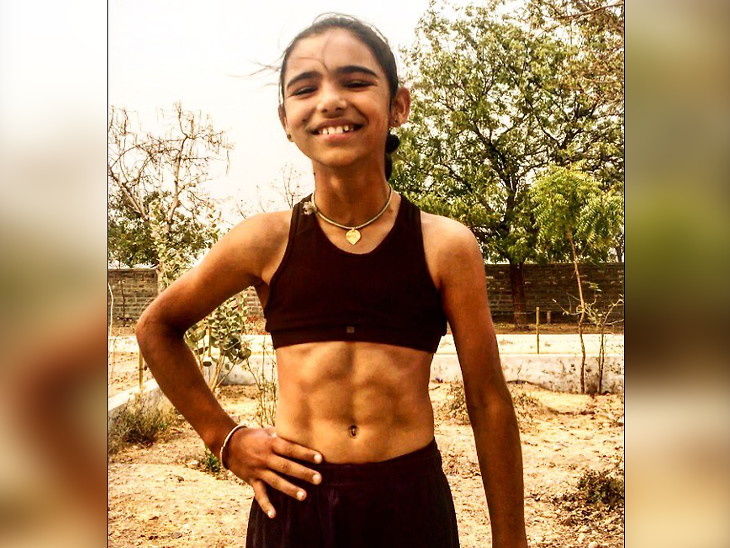 Here we are talking about Pooja Bishnoi, who has built her six-pack abs and has set running records, being the youngest girl of India to do so. Yes, Pooja Bishnoi is not any regular girl but an 8YO athletic angel of India.

Where is She From? 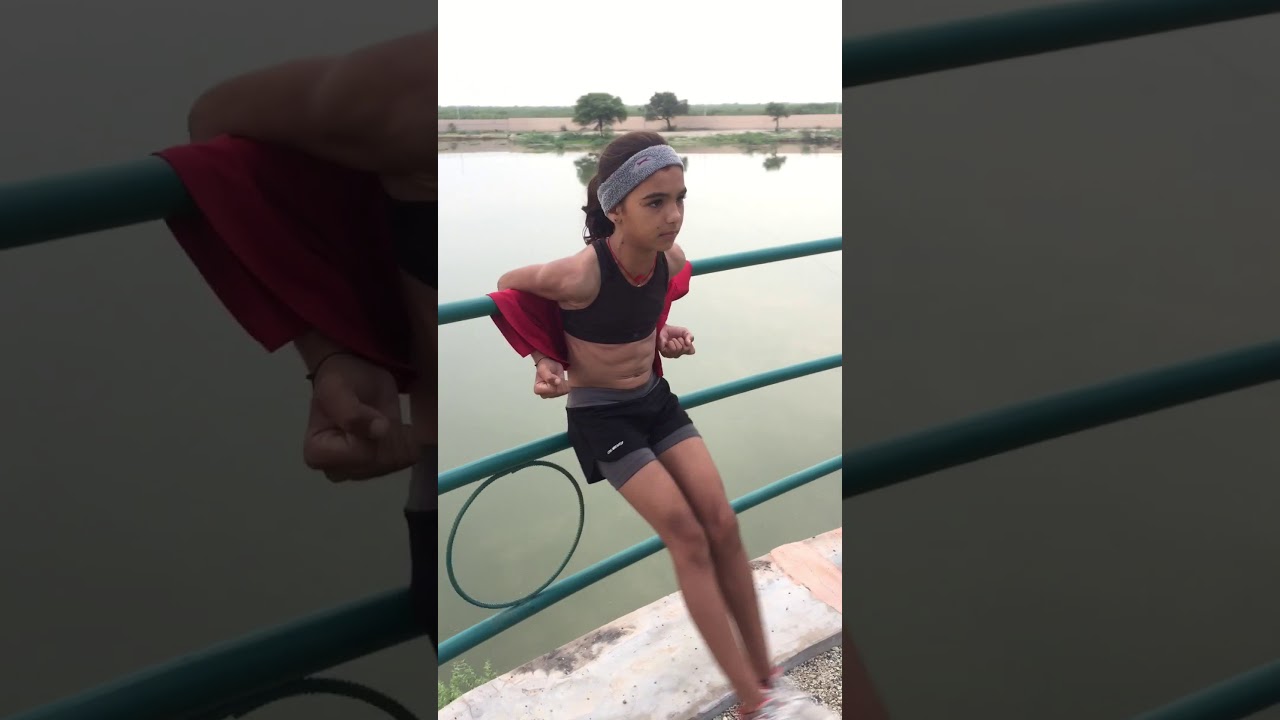 The girl we are referring to, a small and cute athletic angel of India, lives in a small village Guda Bishnoiyan of Jodhpur in Rajasthan. She lives along with her mother, Mima Devi, a homemaker, father Ashok Bishnoi, who is a farmer, and a younger brother Kuldeep. About her schooling, she studies in the 3rd standard in Shiv Shakti UPS School.

How is She Doing it All? 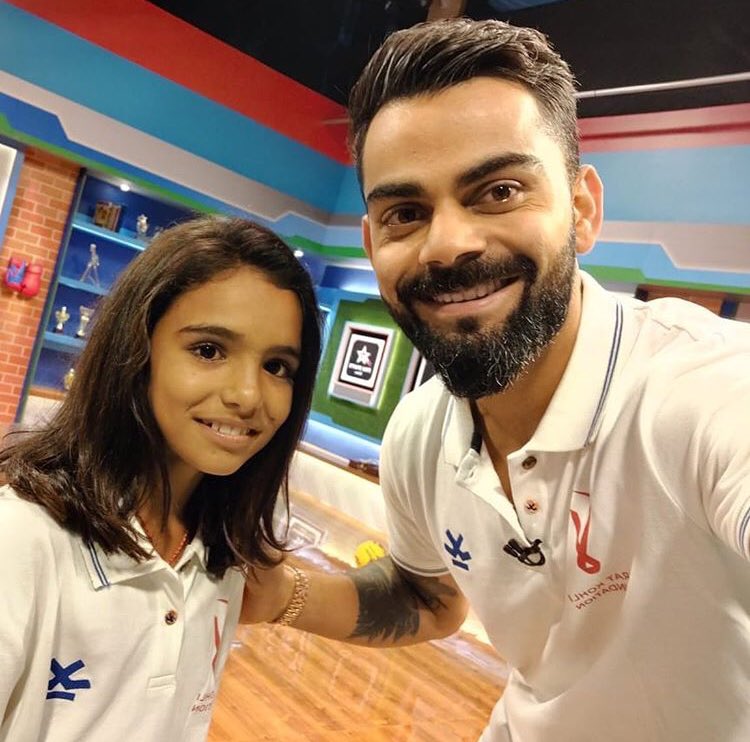 The little Pooja is currently being supported by the Virat Kohli Foundation and training for her dreams with her source of inspiration: her coach Sarwan Budiya, who is also her maternal uncle. The Virat Kohli foundation bears her daily expenses of travel, training, nutrition, etc.

Earlier in September, she was honored by Bollywood superstar Amitabh Bachhan. That time she posted a clip on her Instagram with a caption,

“(जोधपुर) विराट कोहली सर व अमिताभ बच्चन सार के साथ .What a truly wonderful night.met a lot of talented people, bollywood and sports celebrities at @indiansportshonours 2019. It’s a matter of pride for me that i am getting support from the @vkfofficial .To get honoured from Great bollywood actor of the century @amitabhbachchan sir and Team India Captain and Great Cricketer of the Planet @virat.kohli sir Really feel me like a dream become true for a girl coming from a small village and reached here with true hard work. I also want to thank my instagram family who support me this extent, Which always inspires me to work harder.”

(??????) ????? ????? ?? ? ?????? ????? ??? ?? ??? .What a truly wonderful night.met a lot of talented people, bollywood and sports celebrities at @indiansportshonours 2019. It’s a matter of pride for me that i am getting support from the @vkfofficial .To get honoured from Great bollywood actor of the century @amitabhbachchan sir and Team India Captain and Great Cricketer of the Planet @virat.kohli sir Really feel me like a dream become true for a girl coming from a small village and reached here with true hard work. I also want to thank my instagram family who support me this extent, Which always inspires me to work harder.

Her Achievements So Far 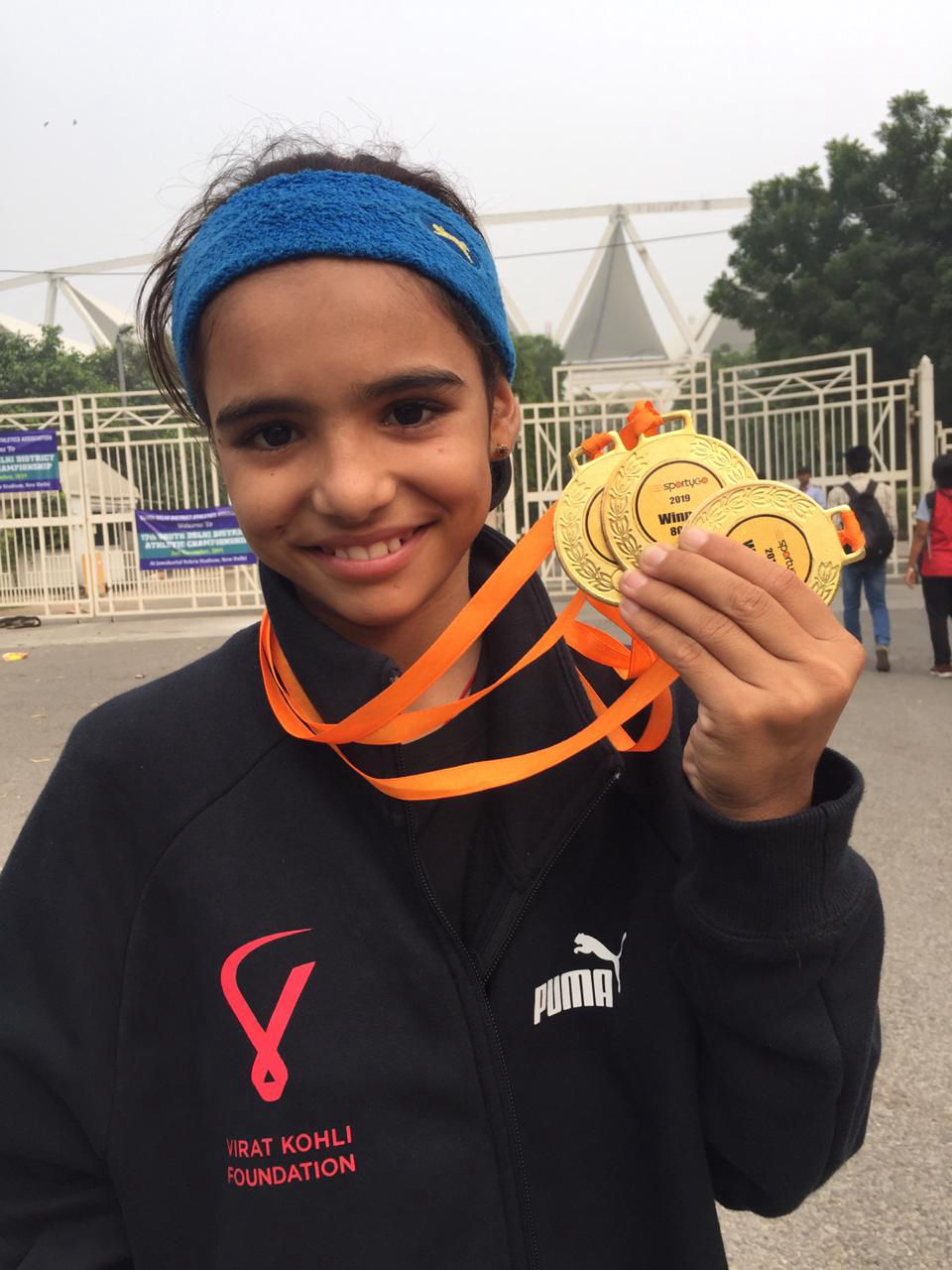 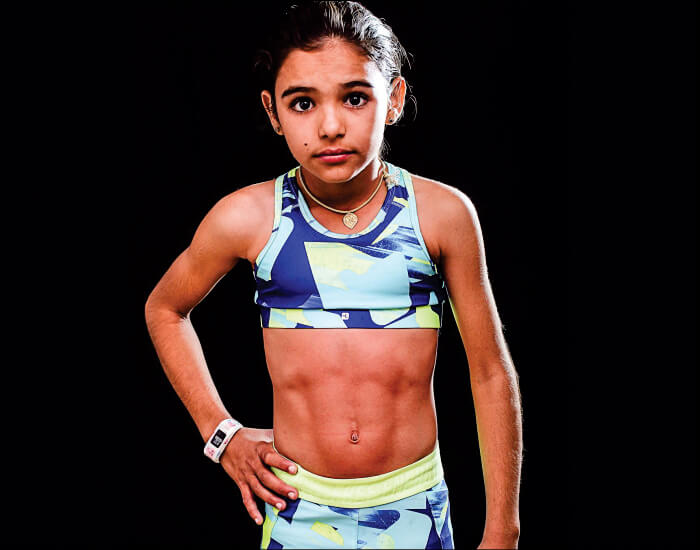 To become an Olympic Champion is Pooja’s single vision and aim of life, and for that, she is working hard along with her coach.

Having got the title of Asia’s first little girl with 6 Pack Abs, she feels very proud to have achieved such a feat at the mere age of seven. She expresses her gratitude towards her coach to achieve the title, and all give credits to him.

At a very young age, she created a record at Jodhpur Marathon and somehow trained herself for that.  It is found that she and her coach work hard to set the record.

After setting several records, it’s her wish to represent India at the 2024 Olympics. Till now, she has covered 10 km in 48 minutes, which is a record, and she aspires to win a gold medal in the 2024 Olympics for the nation.

It could be said that she loves sports and sports is no less than her hobby. And, when she is not doing any sports-related activity, she spends her time studying.

She mostly spends all her time on the athletic track. We could imagine that she might miss out on activities with friends due to training sessions. She follows followed all the instructions of her coach as he is also her role model.

About her daily routine, she said in an interview-

“I woke up early at 3 AM and practice till 7 AM after which I go to my school and study there till 2 PM.  Then again I start my practice from 4 PM which usually ends up to 8 PM. This is all that I do daily. I don’t take any tuitions or extra classes. I study by myself.”

Her parents fully support Pooja in pursuing her sports passion and even inspire her to give her best at each competition in which she participates. Even her parents dream for her to be successful in her life. No wonder with all achievements, Pooja is enjoying the respect and appreciation given by society. 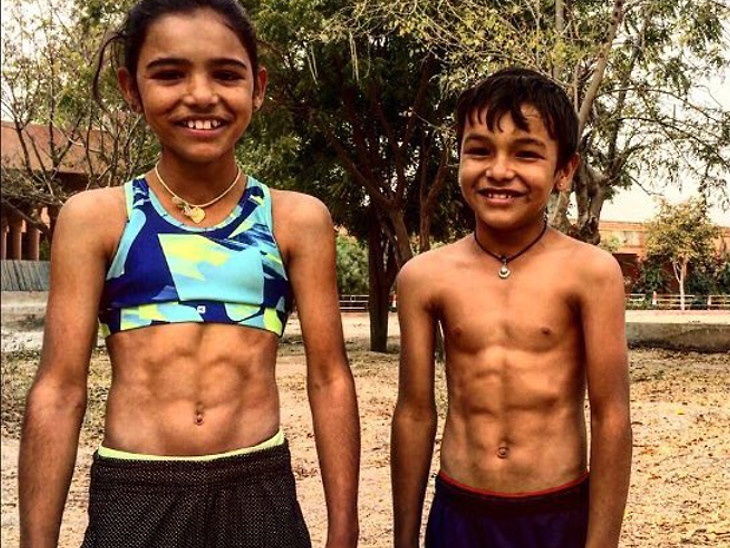 She also has a little brother Kuldeep who is 4 YO. He is also training hard like Pooja to pursue a career in sports and is doing very well in athletics. Although both of them are quite good at athletics, and in spite of being younger than her, Kuldeep gives Pooja tough competition on the field. 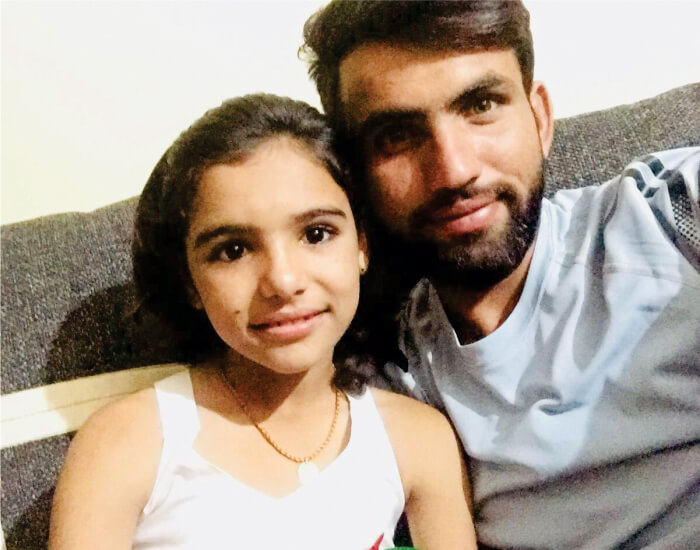 Along with Pooja, her coach Sarwan Budiya also wanted to become an international athlete, but due to lack of proper guidance and other social aspects, his dreams left unfulfilled. But now he gives all his effort to encourage his students for their aim.

Along with his sister’s kids, he trains other athletes as well. He has been an athlete of Sports Authority of India (SAI). And if someone has the identity card of SAI, then they are counted amongst the best athletes of the nation. He switched his career as a coach and is right now training many students in her village for free who can’t afford fees. Besides this, he also trains some kids from other cities who are now performing at the national level too.

Once in an interview, he was asked where he sees Pooja in the coming ten years. He replied that he wants Pooja to be an inspiration for other young athletes. He added,

“I want Pooja to become the inspiration of India so that every pursuing athlete have her as his/her ideal and say “I want to be like Pooja!” That’s what I dream of and toil day and night for my girl to make this dream come true one day. In the coming days, Pooja will be counted amongst the best athletes of the world. India was once regarded as “Sone ki Chidiya” and I hope that Pooja’s achievements and efforts may bring back that title to the nation just the way Usain Bolt has created history and scripted a legend. I am expecting the same or you can say even better from her because I have seen that spark in Pooja and hence, encouraging her for what she deserves.”

No wonder that there are so many youngsters like Pooja who're doing so well in the sports domain despite being from small towns. We wish all of them good luck and are very excited about their future in sports.