Natasha Demkina is a Russian woman who was born in 1987 in Saransk, Mordovia. The woman claims that she can look ins...

Natasha Demkina is a Russian woman who was born in 1987 in Saransk, Mordovia. The woman claims that she can look inside human bodies and see their organs and tissues. She has performed readings in Russia since the age of ten. Natasha is a childhood variant of her name. Her real name is Natalya.

In 2004, Natasha appeared on television shows in United Kingdom, on Discovery Channel and in Japan. She has been a full-time student of the Semashko State Stomatological University, Moscow since this year. Since 2006, Demkina has worked The Center of Special Diagnostics (TSSD). The stated purpose of this organization is to diagnose and treat illness by means of cooperation of all experts who possess unusual abilities, folk healers and professionals of traditional medicines.

How did Natasha discover her powers? 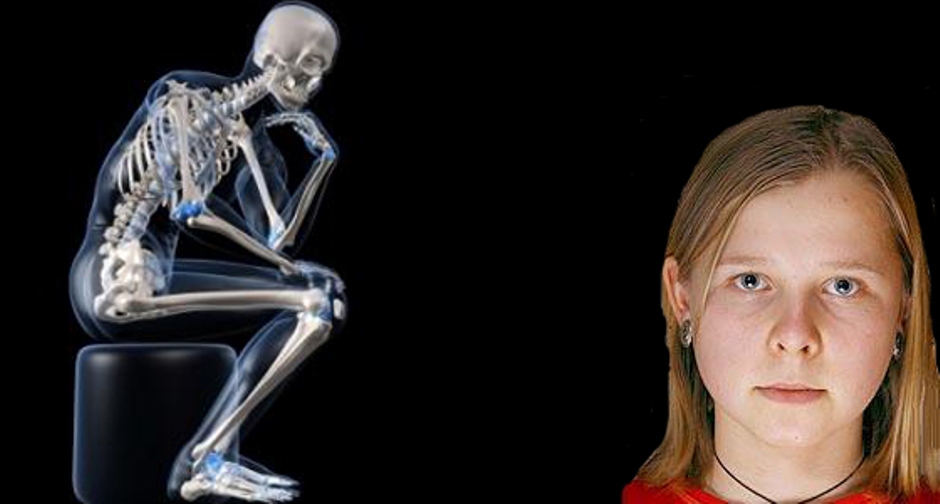 Natasha’s mother Tatyana Vladimovna says that Natasha has always been a fast learner. She lived a normal childhood until her special powers started manifesting at the age of 10. After Demkina was operated for her removal of appendix, the powers strangely started becoming noticeable after that.

"I was at home with my mother and suddenly I had a vision. I could see inside my mother's body and I started telling her about the organs I could see. Now, I have to switch from my regular vision to what I call medical vision. For a fraction of a second, I see a colorful picture inside the person and then I start to analyze it."

After describing mother’s internal organs, the story began to spread among the population by word of mouth and the locales started coming to her seeking medical consultations. A local newspaper published her story in spring 2003 followed by a local television in November the same year. A British tabloid newspaper noticed this and invited her for giving demonstrations in London. Further invitations from other groups of London and New York started coming to her.

Various tests and demonstrations were performed in Russia, United Kingdom, New York and Tokyo for testing the abilities of Natasha.

She also featured in a documentary titled: The Girl with X-Ray Eyes by Discovery Channel.

Using her medical vision, she could see the body as a colorful picture and can pick and mostly treat all sorts of medical issues.

There is a price to pay if you want to be scanned by Natasha’s x-ray vision. It’s $13 for a reading.

When Natasha was brought to USA for the tests of her claims of x-ray vision, she had a remarkable success. However, she missed out few key observations including a metal plate inside a man’s head. After completing experiments in New York, had several complaints regarding the conditions in which they were conducted. She could not see the metal plate because required more time to see it. While the research team says that Demkina should be able to see the plate even without extrasensory abilities because its outline could be seen.

Demkina argued that she could not see the resected esophagus in another person is because of the interference of surgical scars in her x-ray vision ability. Natasha contended another statement that she could see the appendix of one of the persons removed because appendixes sometimes grow back while the team noted that it is clinically impossible for an appendix to spontaneously regrow.

Here are some videos on Natasha Demkina.

Check out these videos

What do you think about Natasha Demkina’s super vision? Is it really possible?

How Did A Shepherd Girl Become French Education Minister